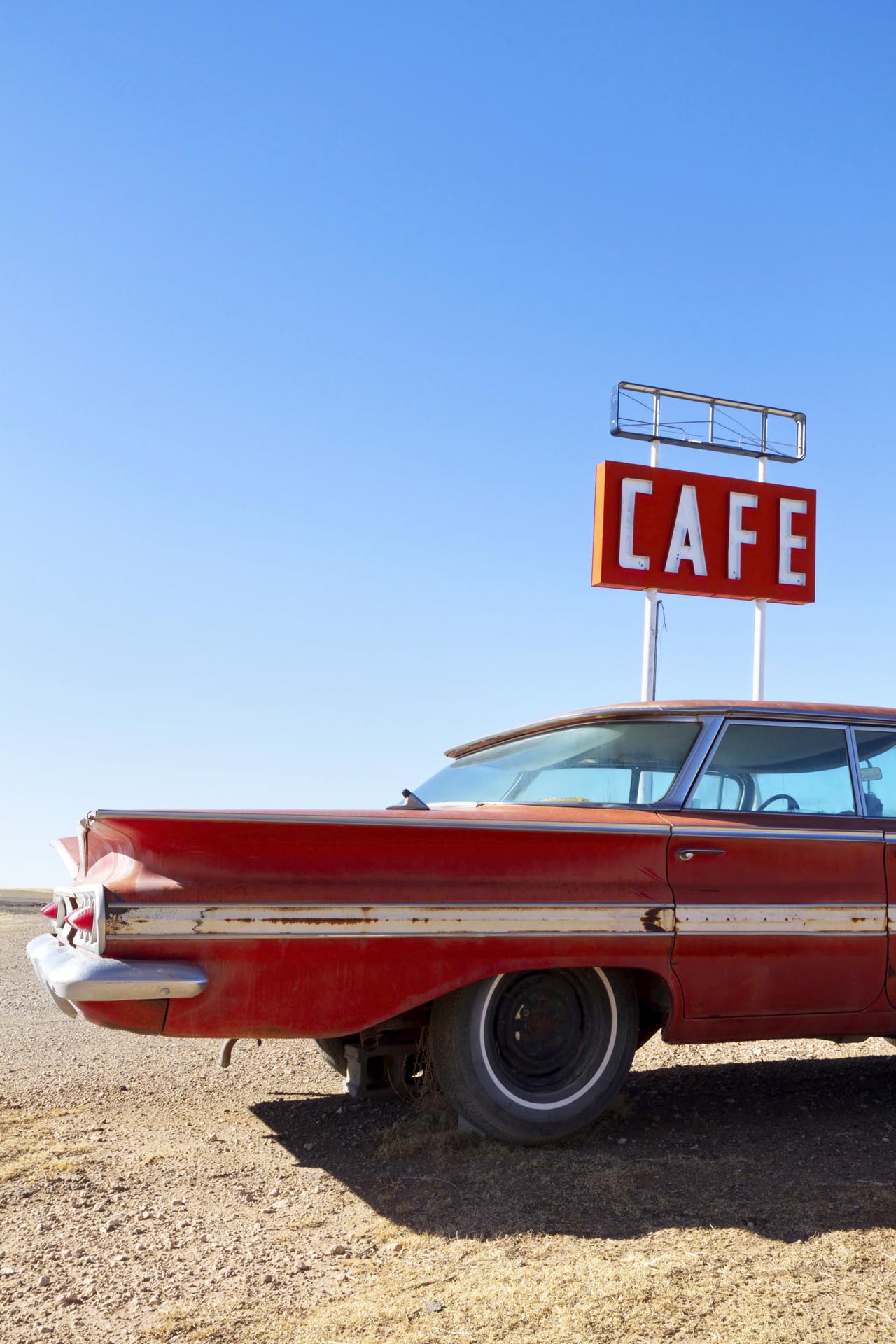 Nothing says summer like clumsy rhymes about noisy rides led by a catchy earworm and backed by simple thudding chords. What are those timeless paeans to car lust that make you turn the volume up and thrust your foot down? These are the 10 best – according to me. Feel free to disagree below. Just be aware that if you do, you are wrong.

Okay, we had to get this one out of the way. If we were to score the songs that appear here by how many beer commercials they’ve provided the soundtrack to, this would probably make the cut twice. Imagine having a baby so awesome you can sense her drivin’ yer heel all night long through waves in the air. Cool! And props to the flying Dutchman who sings it for letting out the clutch with those seven-inch platform shoes. That couldn’t have been easy. If you like the sentiment, check the Edwin Starr (no relation to Ringo) classic ‘Twenty-five Miles’. It’s the same story as Radar Love but poor Edwin doesn’t have a sweet ride. He’s walkin’ all night to see his baby and can actually hear her callin’ his name! Who needs a wave in the air when you’ve got supersensitive hearing?

9) Cadillac Ranch, (or pretty much anything else) by Bruce Springsteen

Even if we only allowed the Boss’s songs about Cadillacs, we’d still come close to filling the list. But this one’s so much fun! Read the lyrics and you’ll find a fairly blunt metaphor for death. It was inspired by – you guessed it, a place called the Cadillac Ranch. It’s a stonehenge-ish graveyard of half-buried Cadillacs in Texas. Any darkness in the lyrics is banished by the chorus’s ecstatic screams and whoops. It’s pure automotive joy: “Open uuup your engines, let ‘em roar. Tearin’ up the highway like a big ol’ dinosaur!”

8 ) Little Red Corvette, by the artist now formerly known as The Artist Formerly Known as Prince

If you’re among the purists who think Prince isn’t rock n’ roll enough, you’ve probably forgotten how people dressed in 1982. Somewhere between Jimi Hendrix and Janet Jackson, Prince had the musical chops to deliver on all those sartorial question marks and ambiguous sexual attitudes. It’s a great song, delivered with punch, and earned a spot on many nerd lists far more famous than this. These include 108 on Rolling Stone magazine’s 500 Greatest Songs of All Time, and 64 in Guitar World’s 100 Best Guitar Solos. (You wonder how they decide these things. Is there some weeklong TestFest for Rock Journalists where the day’s testing and arguing commence promptly at the crack of dusk?)

“And if she had a set of wings man I know she could fly.” The Beach Boys are one of those guilty pleasures we may not admit to but all love – kind of like the ‘It’s Patrick’ commercial. If Abba songs are ear candy, then the Beach Boys are cheeseburgers with ketchup. Those sweet harmonies and pop melodies – so perfect! The Boys (who really ought to be Beach Men by now given their recent 50th anniversary tour) only sang about cars, girls, surfin’ and surfin’ with girls and cars. This three-chord three-minute bit of perfection isn’t going to change your world but it could get you a speeding ticket if you’re not careful. When I first heard it as a child I didn’t know what a pink slip was. So the line ‘I got the pink slip, daddy’ was a cryptic mystery wrapped in an enigmatic hamburger bun.

6) She Loves My Automobile, ZZ Top

It was always one of life’s great mysteries: why was the one guy in ZZ Top who doesn’t have a beard called Beard? Turns out it’s his name. Like pretty much everything this suth’n frah’d trio cooks up, this song is a bottom-heavy 12-bar blues riff about women and cars. (Given the parallel content, they could have been called The Beard Boys.) The opening lyric laments and resounds throughout the two-something minutes, “She don’t love me, she loves my automobile.” A massive hit from 1979, it captured the middle class anxiety: what if she/he’s only dating me for my “________”? Whether that was car, money, looks or friends, it was only those of us fortunate enough to be poor, carless, ugly and have ugly friends who could listen and enjoy without partaking in the insecurity.

In 1969, when the rest of the world was bitching about the man needing to get out of Vietnam the Kinks were singing about the glories of the first world war. Despite the presence of now-recognized rock classics, Victoria and Shangri-La and Drivin’, the album Arthur wasn’t much of a success. Drivin’ is a light-headed psychedelic story about forgetting all the troubles in the world – in 1914’s world, that is – and taking a drive into the country for a picnic with British things like biscuits and gooseberry tart. If you’ve ever read or seen Brideshead Revisited, this song should have been the soundtrack to the early chapters. The affectation of droppin’ the ‘g’ in the verb was actually vogue among the British middle classes in the early 20th century: so vulgarly American and daring, dahleeng. It’s a great tune even if it did signal the beginning of the Kinks’ ill-fated five-year infatuation with Vaudeville-styled music and storytelling.

It’s an old song from the forties, which Steve Miller recorded with some delicious guitar playing in the sixties. Miller’s fans have always been the sort who eat their dead. So when Lindley re-invented the song in the early eighties, they were incensed by the heresy – and we laughed at them. Lindley’s amphetamine-loaded explosion of joy, sung in a cartoon voice that disguises its true control, range and power, was a poke in the eye of the Joker and all his midnight-tokin’ acolytes. Furthermore, unlike Miller and the original writer, KC Douglas, Lindley wasn’t just ‘Crazy About a Mercury.’ No, he sounded genuinely crazy. Weekend punks could pogo to this speedy ditty, though they’d probably smack their heads on the roof of the car. 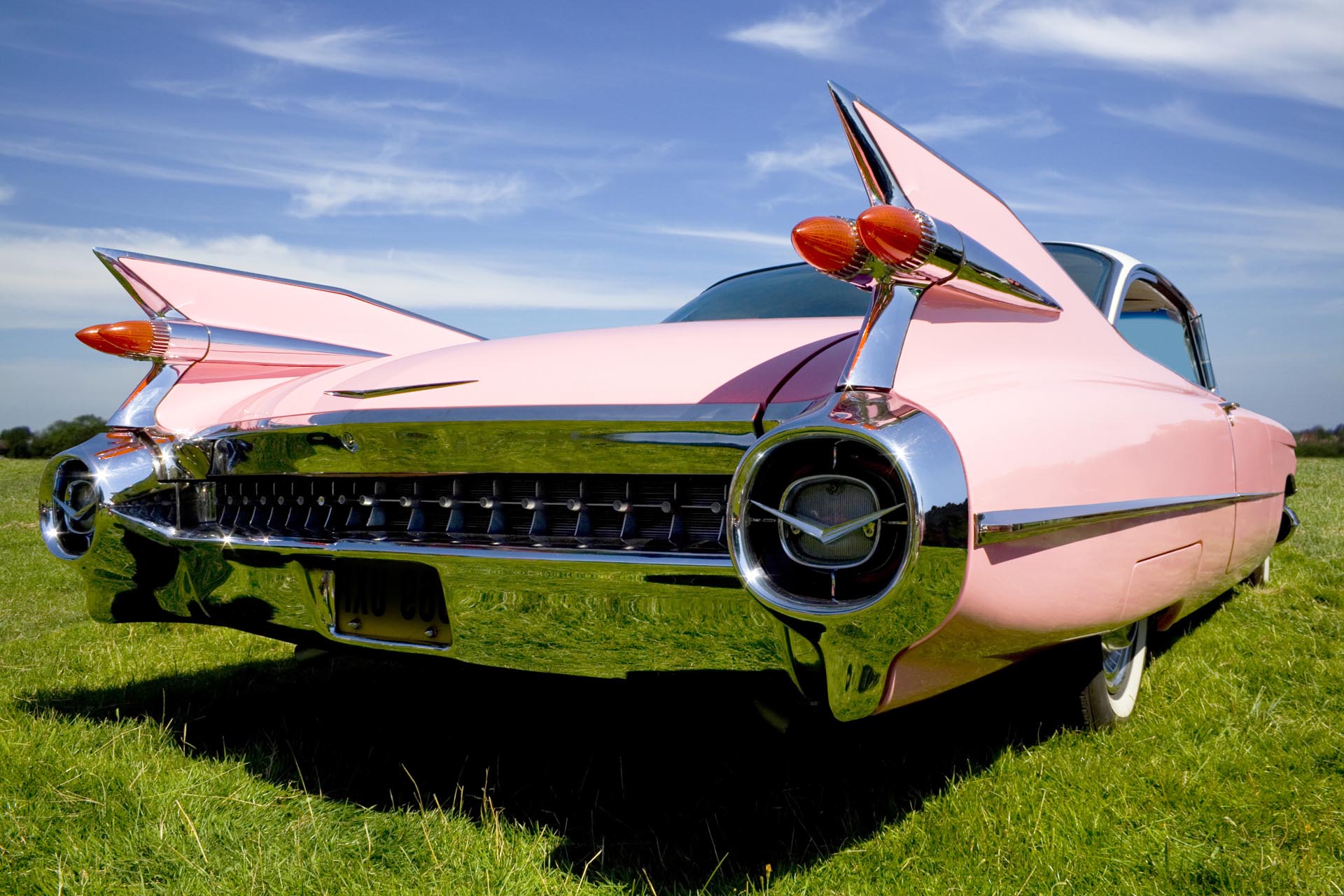 Speaking of fans who eat their dead, Clash-heads are the math nerds of the politico-punk world. Written by Vince Taylor, an Englishman like the Clash, this celebration of American success – the Cadillac – seemed an unlikely choice for these apostles of class war. But it rocked. The violent neirna-neirna-neirna opening guitar lick cleared the high school dance floor of girls while the weekend punks suddenly appeared in safety-pinned dress pants and narrow ties, pogoing and shout/singing along in their foinest born-again cockney. The girls’ response? Well, ‘“Balls to you, Big Daddy. She ain’t never coming baaack.” Oh, and speaking of math nerds...

First of all, it should be pronounced ‘bar-KET-a’ (and bruschetta is bruce-Ketta not brew-shedda) but what do you want from a trio of Ontario hosers, eh? After all, Geddy was Gary, mispronounced by his grandmother, so they come by the mistake honestly. Inspired by a short sci-fi story of a future where awesome cars are banned – take me now, Jesus, take me now! – this song is about a young rebel’s road race with the authoritarian authorities in his uncle’s perfectly preserved old Italian speedster. Of course, there’s no way the song would appear on a Rush album if it wasn’t pretty much impossible to play. Nonetheless I defy you to keep your foot light during the heaviest interpretation of the instrumental chorus in five time. (Imagine waltzing with only one and a half legs. They make it work somehow.) The same melody opens and closes the song, restrained to the guitar’s harmonic notes, like a V6 heating up for, then cooling after, a hard workout. But it grows into a heavy bridge in the song just when the lyrics speak of leaving the authorities at a literal bridge at the climax of the story. Clever bastards.

Actually, it’s I’m In Love With My Car by Queen. Roger Taylor, the band’s drummer who dropped out of Dentistry College to follow his upper–class rock ‘n’ roll dreams, composed this gushing mess of emotion. Taylor was the one with the unreal range who hit those insanely high notes that only dogs can hear and Geddy Lee can top. Even by Queen standards, the production of I’m In Love With My Car was over the top. They laid innumerable vocal tracks and backwards guitars over each other and compressed them to the width of a pumping piston. The effect is a three-minute aural orgasm. The lyrics are so gleefully mindless you can’t help but love them. In his hilariously inaccurate autobiography, Life, Keith Richards talks about the unimportance of clean rhyming. All that matters is that you ‘vowel’. Taylor would concur with this song’s clumsy pairings of ‘told my girl I’d have to forget her, Rather buy me a new carburetor’ and ‘Such a thrill when your radials squeal’. Ignorant genius! But what truly makes this song celebratory and deserving of its favourable posting is that six/eight time signature. It’s tribal and hypnotic in its repetition, ONE two three FOUR five six, ONE two three FOUR five six, while Taylor’s impassioned soprano screams threaten to break glass.

Feel free to disagree but remember – you are wrong.

I may know next to nothing about music, but a 'Best of' AC/DC live CD is one of my most prized automotive accessories. Stick that into a car’s CD player (or connect to the favourite playlist through Bluetooth), and you instantly gain at least 50 horsepower, 100 if you’re driving a V8. Although other rock anthems by AC/DC are equally lead-foot inducing (TNT, Heatseeker, Dirty Deeds Done Dirt Cheap, and so on…), there is no arguing that the singalong-ability of Highway to Hell means it is fun for the whole family as you drive off into the sunset to visit the in-laws. And unlike Foster’s beer, these Australian rockers are actually much-loved in ‘Straya (as verified by our Australian Cultural Disambiguation Committee). –JY