James Hinchcliffe is shifting into overdrive, gearing up for the 2015 Verizon IndyCar Series, which kicks off in St. Petersburg, Florida on March 29, 2015. The sole Canadian IndyCar driver, known as the Mayor of Hinchtown, has a lot riding on his #5 wheels this season. It’s his first time racing for Schmidt Peterson Motorsports – co-owned by Calgary businessman, Ric Peterson. But Hinchcliffe already has an impressive track record: he won the series’ 2011 IndyCar Rookie of the Year Award, finished eighth in points in 2012 and 2013, and qualified second at Indianapolis in 2012 and 2014. On the track, he’s a speed demon. On the road, he takes it slower driving a 2014 Acura MDX.

PG: “How does a race car driver pick a road car?”

JH: “I’ve got a strict policy: don’t spend a bunch of money on a supercar. I don’t want to spend a lot on something that makes it easier to end up in jail! Being a driver I have an appreciation of how a car works. I know what a good engine and a good transmission feel like. It’s got to be able to get up and go, but there’s no point in having a car that can do 350 km/h because you can’t do 350 km/h unless you live in Germany. Then, I might bend my rule a little bit. Honestly, I’m a really boring driver on the road.”

PG: “Why do you need an MDX with seven seats?”

JH: “I travel a lot and it’s good for luggage and road trips because my girlfriend and I will probably drive to five races for Indy. It’s so nice on the highway and great for long trips. I throw my bike in the back to go training. I like having a car that I can put stuff in.”

PG: “What does an MDX say about you?” 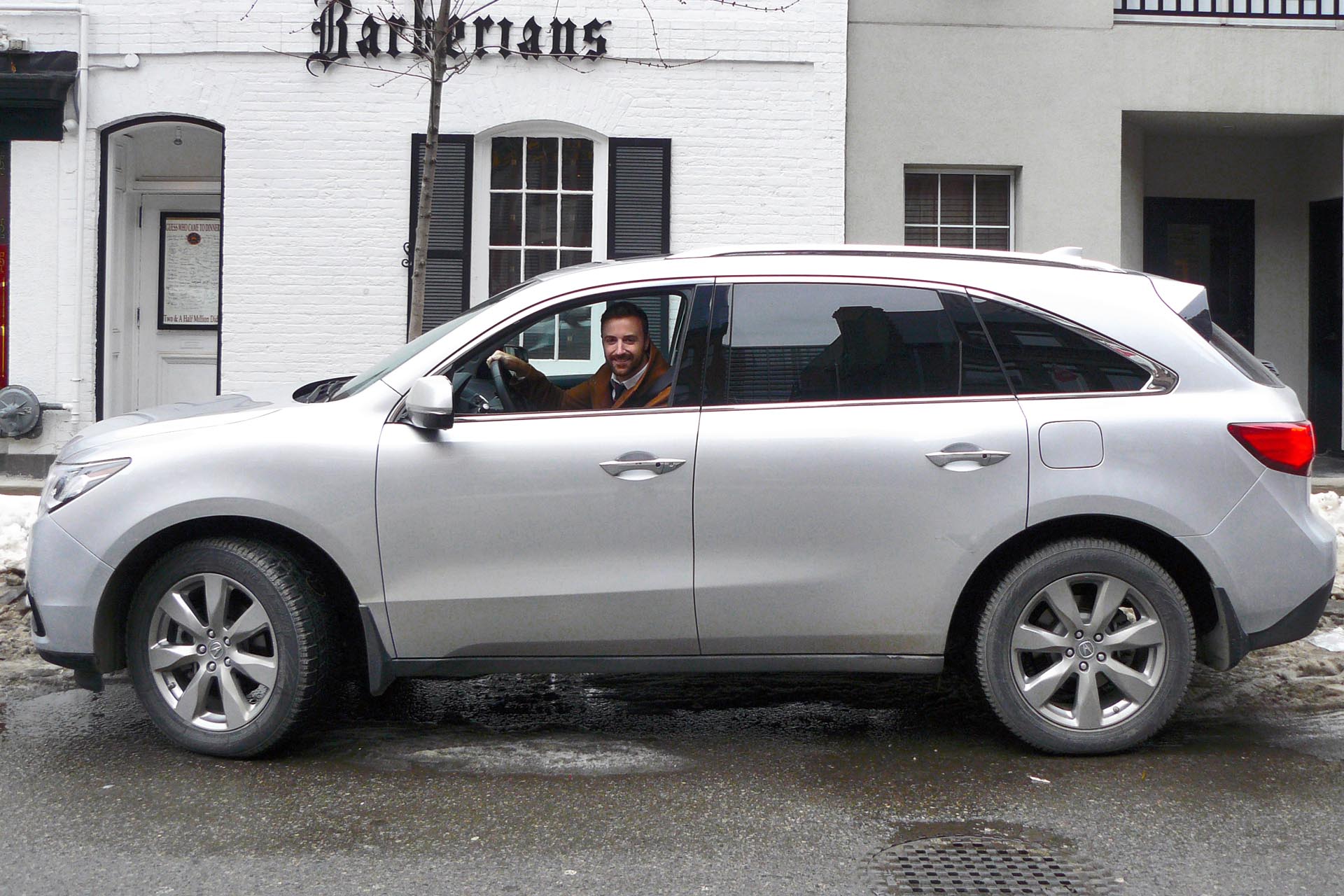 PG: “Does it share any similarities with your #5 IndyCar?”

JH: “Not many. Seven seats vs one. Power steering vs none. Power brakes vs none. Air conditioning vs none. Nice centre console, radio, nav system vs none. It’s got a gas, brake, and four tires – that’s about it.”

PG: “Is there anything you don’t like about it?”

JH: “It’s almost like they’ve gone too far with the technology, which half of me really loves and appreciates because I’m a tech geek, but the driver in me wishes it was more of me doing it. It has smart cruise control so if you catch up to a car it’ll slow down and keep a safe distance; if somebody pulls in front of you, it will actually hit the brakes for you. It now has a lane assist feature so it’ll gently turn the wheel for you. The car basically has autopilot, but I want to drive. I feel like I’m not driving my car anymore – somebody else is driving it for me.”

PG: “Does too much technology make drivers complacent?”

JH: “Lots. Slow in the left lane drives me nuts. Tailgaters – that’s the worst. Not having your lights on when it’s bad weather, dusk, or dawn – all cars should have lights on at all times. It’s less stressful driving a race car at 350 km/h than it is driving 100 on the 401.”

JH: “It was a used Subaru Impreza WRX – it was fast, fun, and had 4WD. A lot of kids think that’s the hot car at some point in their life. After that came a Mini, Tahoe, and MDX.” 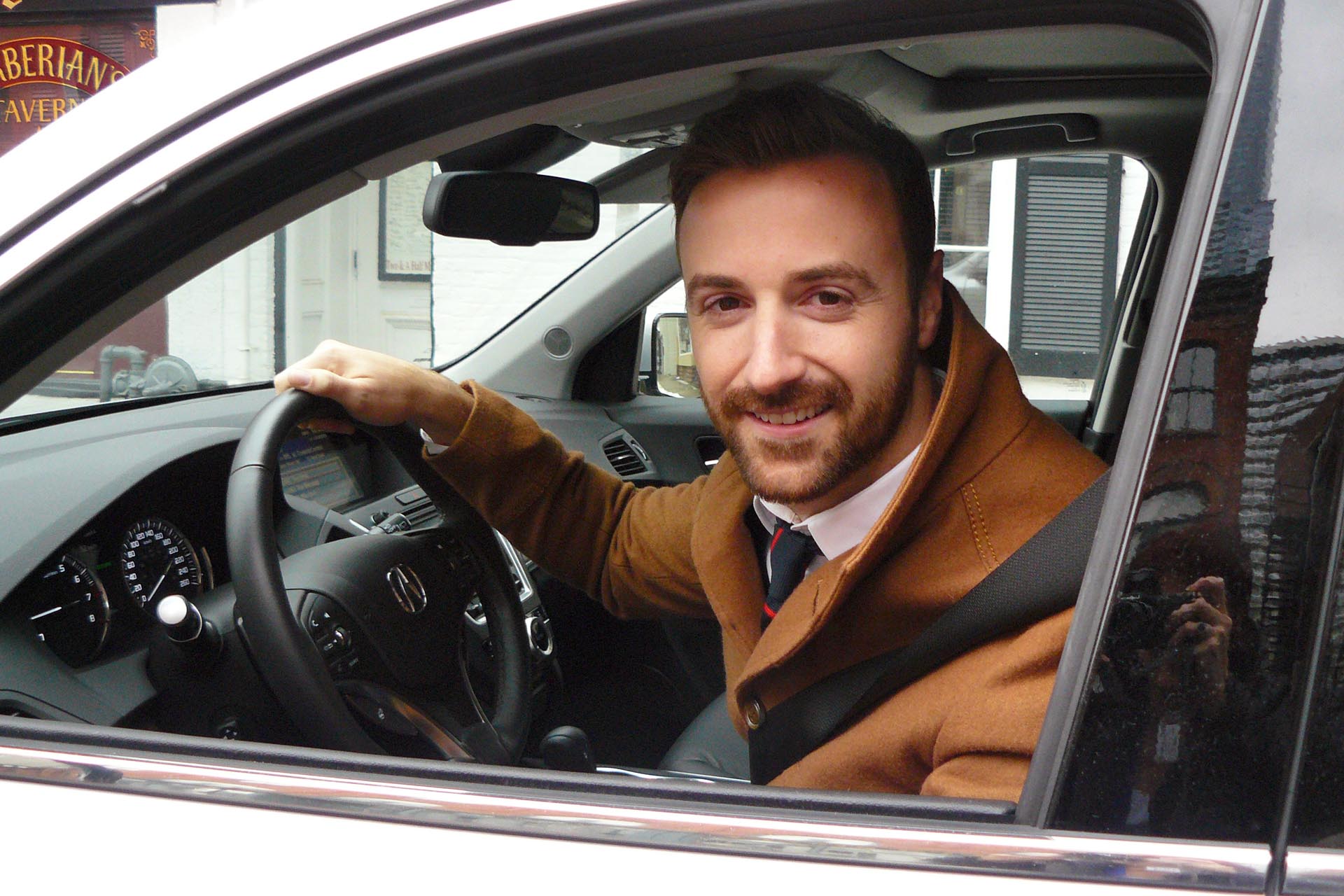 JH: “Two years ago I ran out of gas in my Tahoe! It was really damaging to my ego as a racing driver to run out of gas. The range said there was still a couple of miles, but I literally coasted to a stop driving back to Indy in the exit lane of the highway and it died! I could see the gas station. I was so mad at myself. It was so embarrassing.

Once, I was flying out of Toronto to California in the middle of winter and a big storm was coming in. I woke up at 5 am. My flight is cancelled and I have to get to California today. So I find another flight and book it on the spot. But I had to have left my house 10 minutes ago to make the flight.

I get into my Subaru – 4WD and snow tires. The roads aren’t plowed yet. The highway has two black tracks and people are doing 30 km/h. I need to make my flight so I pull out into the snow and I am doing 120 with a rooster tail of snow coming out the back of my car. I’m having a blast!

My thought is every cop in the city is busy pulling guys out of ditches or dealing with fender benders at traffic lights. I can see Pearson and through the fog of the snow of the back of my car I see these two little lights. You’ve got to be kidding me! So I pull over.

The cop comes out – he’s out of breath, yelling at me. ‘You couldn’t even see the lanes! Reckless endangerment!’ He’s not happy with James at all. He’s in a Crown Vic, all-season tires I’m sure. I thought oh my God I’m going to jail!

I explained the whole story, then I said, ‘I’m going to be totally straight with you. This is a four-wheel-drive with good Blizzak snow tires and I consider myself to be a pretty good driver. I’m super impressed you caught me in a Crown Vic.’

He came back and knocked it down to 15 over and that was it. I think he was happy I acknowledged what he had been through to catch me!”

PG: “If you make it to the winner’s circle will you treat yourself to a new car?” Cars of the Red Carpet