Even where a supercar is concerned, there are still degrees of excellence. For instance, the original Lamborghini Aventador, heir to the mantle of the Miura, Countach, and Diablo, didn't quite come out of the box with as many horses under its creased hood as the badge would indicate. The numerical designation said LP-700, but you had to round up a little: there were actually 691 Italian Stallions leashed together in that fire-breathing 6.5L V12.

Close enough, right? But maybe you're a stickler for the best-of-the-best. Here, then, is a particularly special version of a special version, a car that Patrick Kam of Lamborghini Vancouver calls “The most heavily optioned Aventador we've ever ordered.” Thanks to some extra oomph from Sant'Agata, this machine is making north of 740 hp. That's more like it. 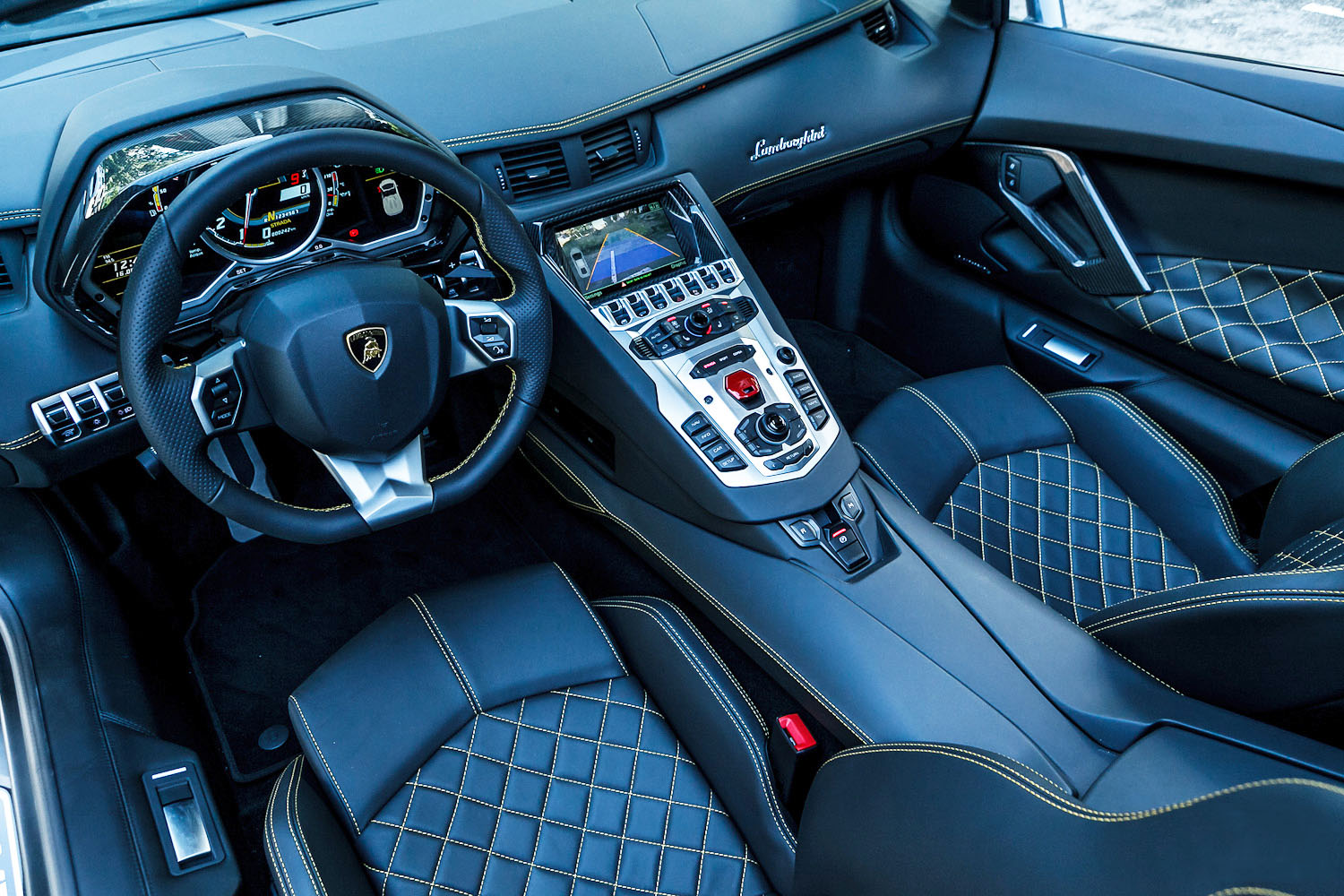 Currently the most costly car advertised on autoTRADER.ca, apart from a thirty-five million dollar Chevrolet Silverado (maybe it's a typo, maybe the seller's just really ambitious), this particular mid-engined roadster is optioned six ways from Sunday. The paint, Grigio Telesto, costs as much as a Honda Civic. The yellow stitching is an option. The embroidered headrests are an option. “Everything's carbon-fibre,” Kam says, “Carbon-fibre seatbacks, carbon-fibre engine bay, carbon, carbon, carbon.”

Then there's the matter of that 8-percent power bump, a performance software upgrade tied to the VIN that's provided straight from the factory. Already a monster, the Aventador gets even louder and loutier with this shot of electronic adrenaline, putting it at the peak of the breed.

Plus the roof comes off because it's a roadster – it doesn't get much better than this. If you're going to blow all your lottery winnings in one place, might as well make sure you've got the options right. Should Supercars Be Driven Year-Round?