September 12 is Video Games Day. But really, isn't it just the kick-off to Video Games Weekend? Sure, Goldeneye 64 occupies a treasured corner in the dusty attic of your childhood memories, and the new King's Quest game looms tantalizingly close in the mid-range-to-distant horizon, but you know what's new and exciting right now? Mario Kart.

So call up your buddies and order some pizza, because this is what we're playing this weekend. Actually, on second thought, maybe you should go through this slideshow first.

#8: Same game you know and love 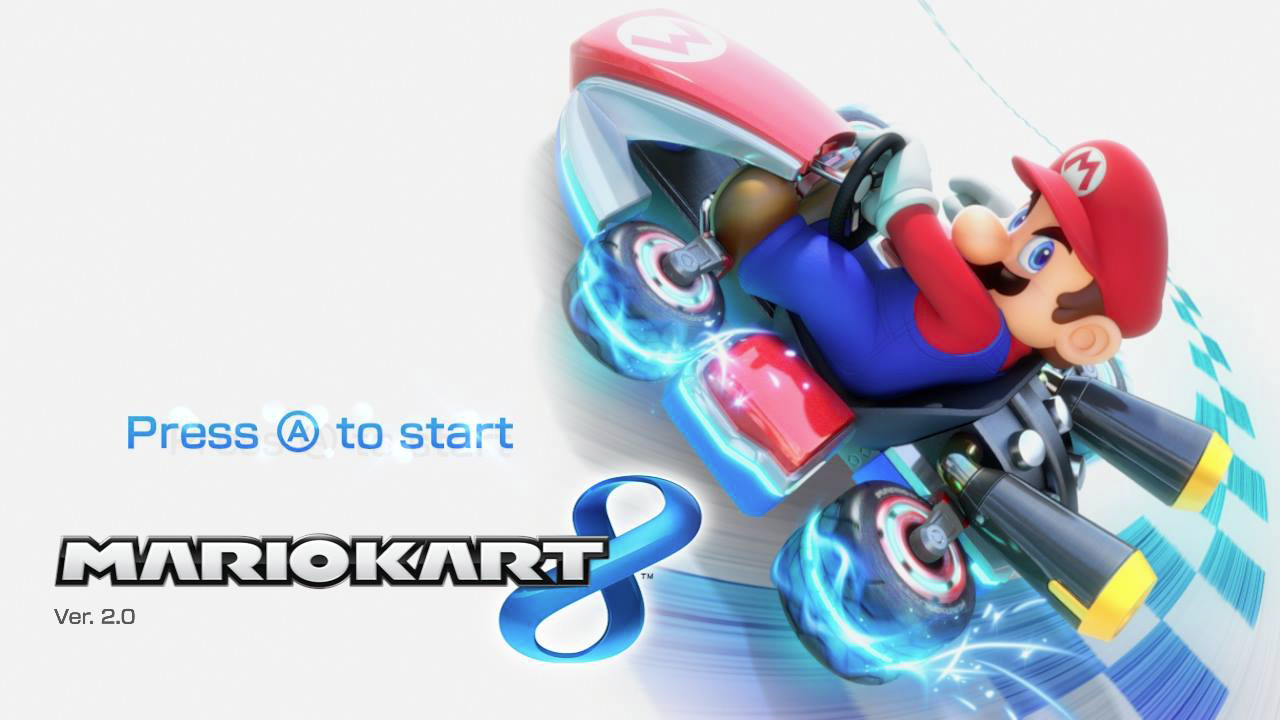 Mario Kart 8 was released earlier this year, making its triumphant entrance on the Nintendo Wii U in shiny high definition running at a buttery-smooth 60 frames per second. The original Super Mario Kart was released 22 years ago on the SNES. Put another way, it’s older than Miley Cyrus. Chances are, you've had at least a casual interest, if not a months-long obsession which tanked your grades and had you saying things like, "I can stop whenever I want." Mario Kart, I mean, not Miley Cyrus. Pick up the controller and you’ll wonder why you ever put it down.

#8: Same game you know and loathe

Mario Kart: the stuff of bitter childhood rivalries (which lasted until recess the next day). And all your “favourites”: red shell, blue shell, lightning? Present and accounted for. 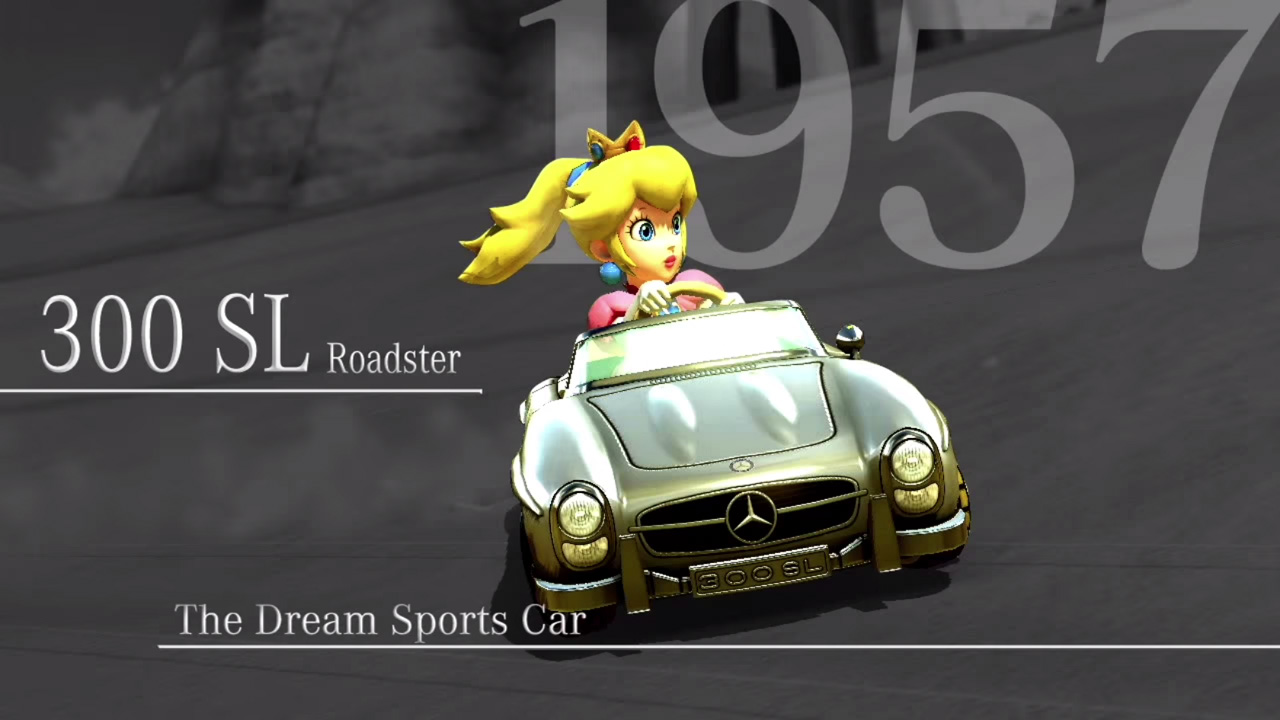 Along with the raft of gameplay improvements in the August 27th update, players could also download a set of Mercedes-Benz vehicle skins: the new GLA SUV, as well as the W25 Silver Arrow and 300 SL Roadster. Head online and you’ll find the Mercedes Cup, which is running until September 23rd. 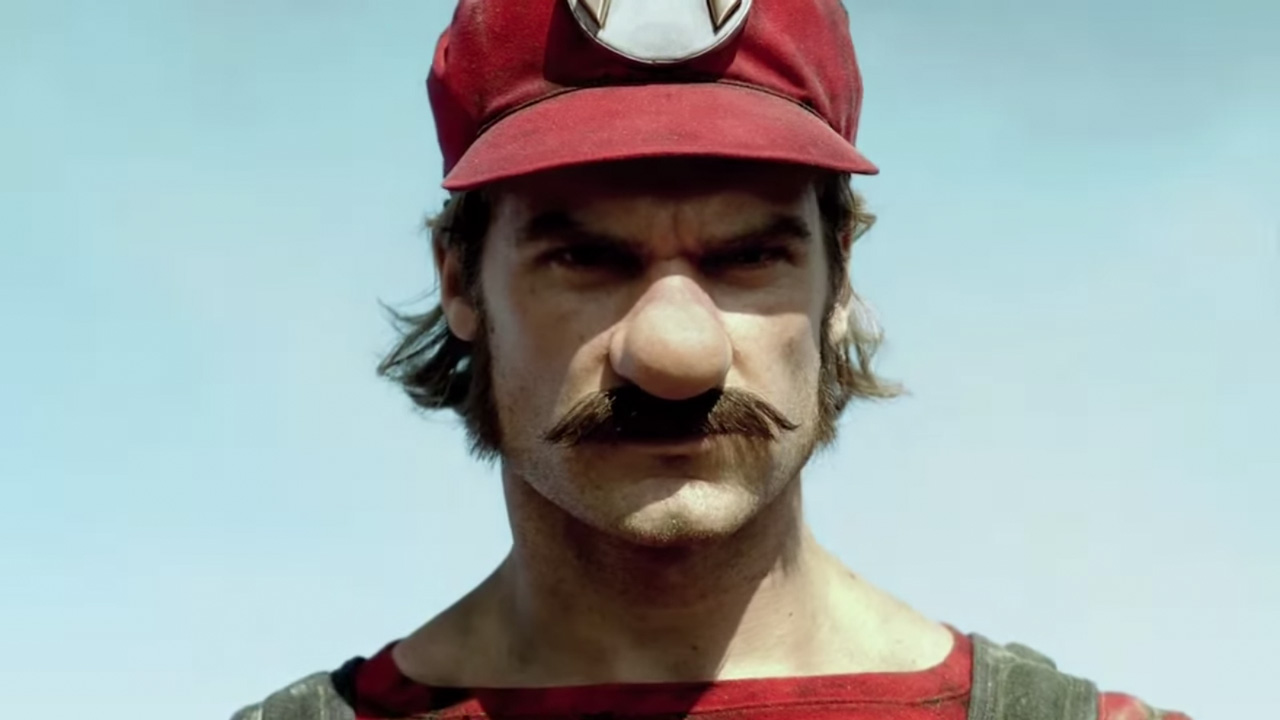 The new karts likely caught gamers off guard here in North America. But over in Japan, the cross-promotion was kicked off with Mercedes-Benz recruiting the Nintendo mascot for a television commercial advertising the GLA. You got to hand it to Nintendo, 20 years and they've finally come up with a live-action Mario who falls on the other side of the uncanny valley.

#6: Take to the sky with anti-gravity sections 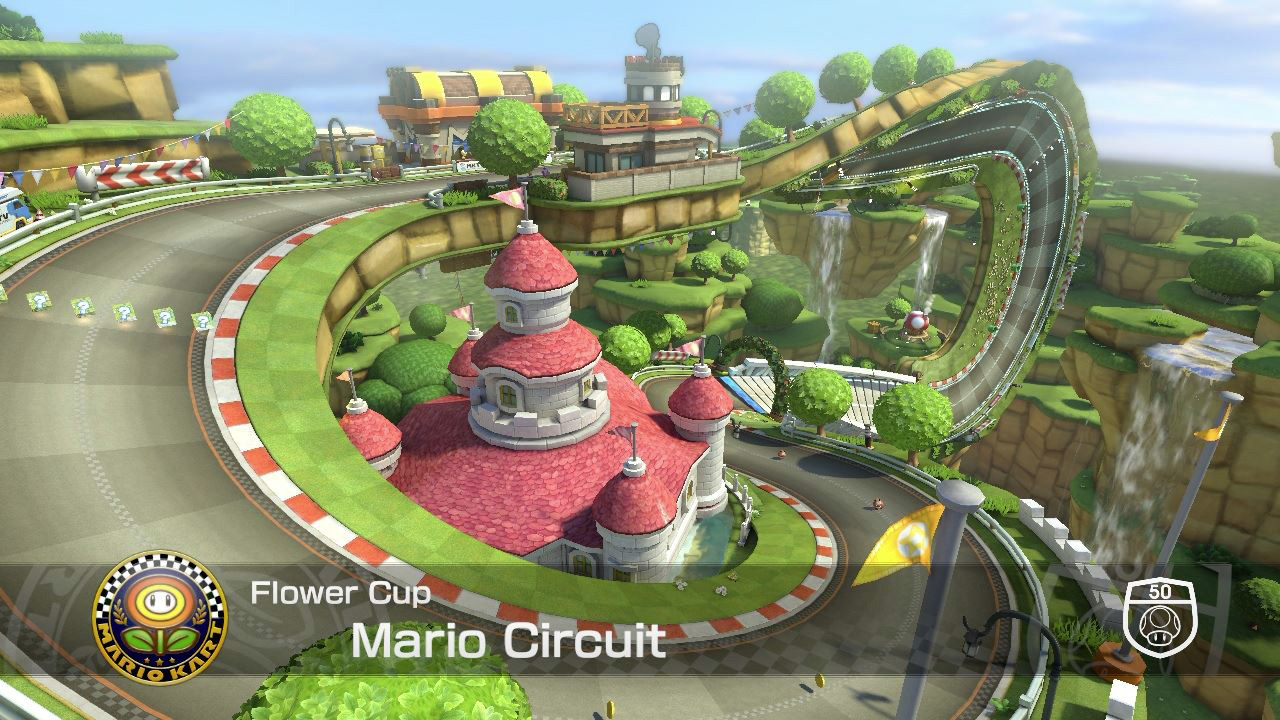 If you skipped Mario Kart 7 on the 3DS, you’ll be surprised when your kart dips beneath the waves and sprouts a propeller. In Mario Kart 8, tracks take on a new dimension, going vertical and upside-down. Case in point: the Mario Circuit racetrack is in the shape of a Möbius strip.

#6: …and proceed to fly off the track 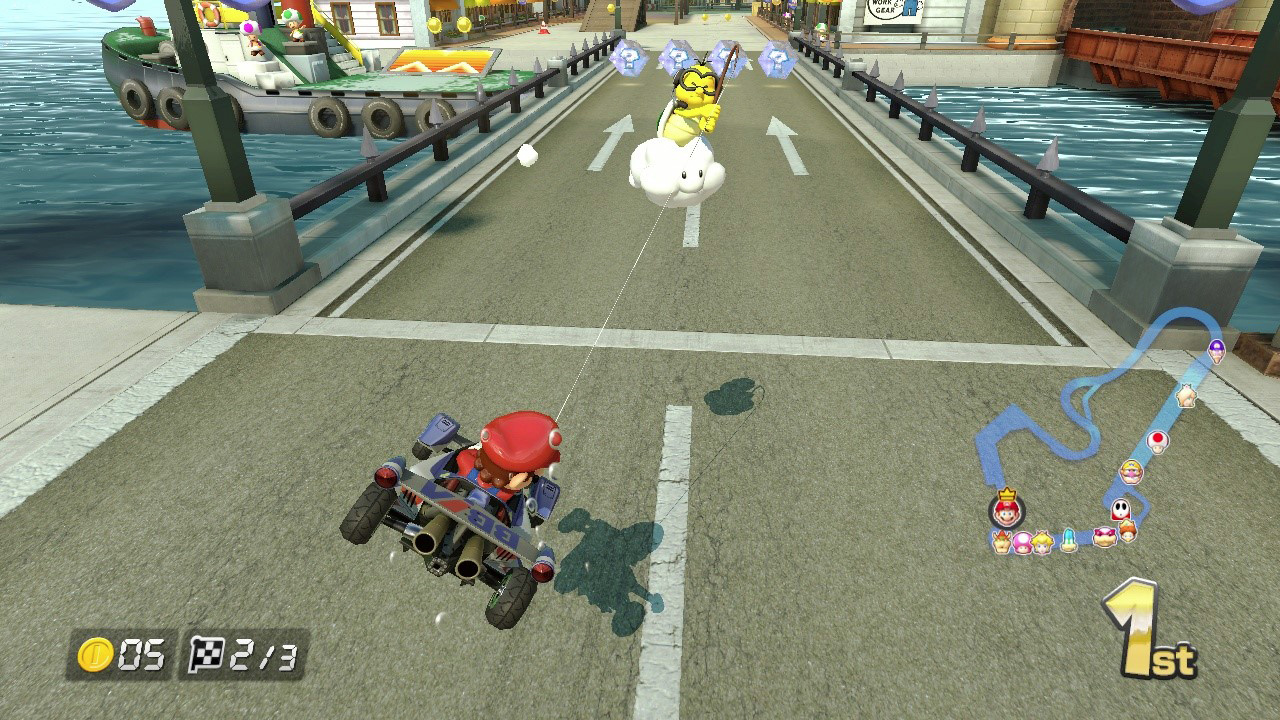 Good news is that if when you do fall off, Lakitu will be there to catch you, and he's much faster this time around. Shorter recovery times, combined with the removal of “strategic” items (like Boo or the fake item box), mean that races are all about instant gratification.

#5: If you thought it was hard fending people off before…

Any hard-won gains you make on your opponents are fleeting, ephemeral, the subject of Zen koans. Nothing is set in stone until you cross the finish line. 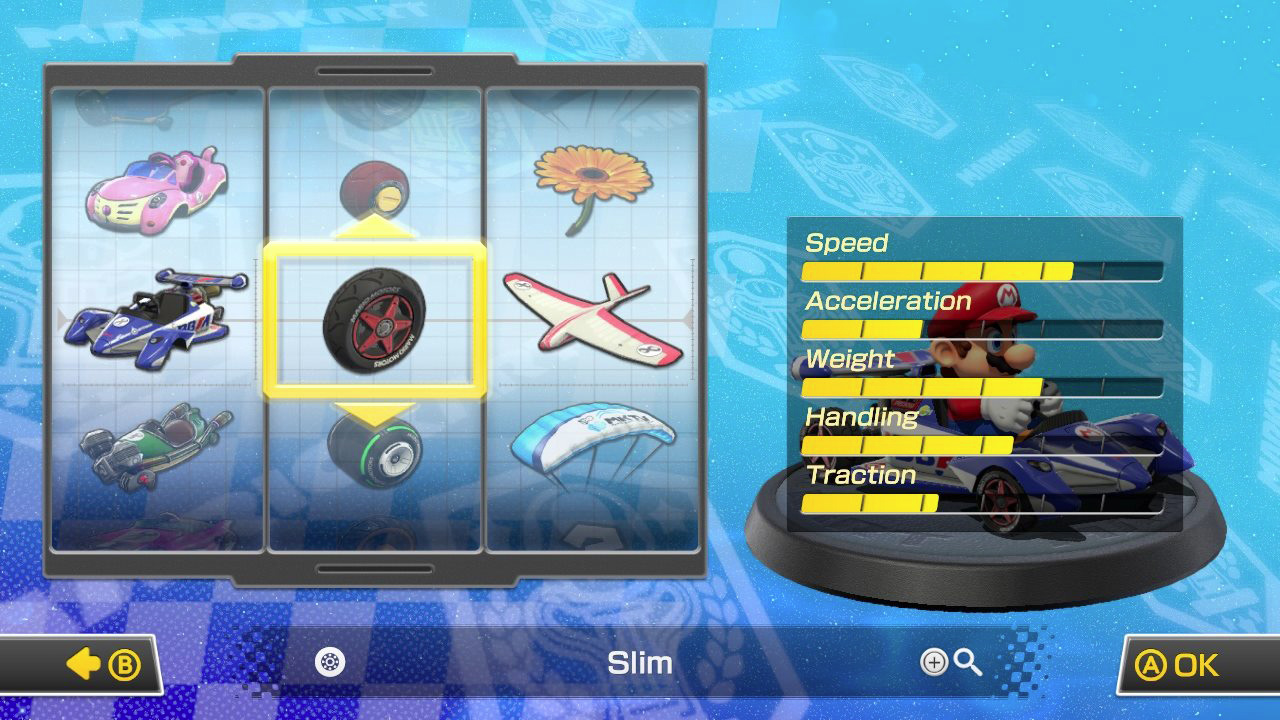 Previous instalments had you pick a vehicle and a racer. This time, your vehicle is composed of body, wheel, and glider, all of which affect your kart's stats. Racers, on the other hand, are grouped into five weight classes. With so many options at your disposal, you're sure to find a combination that suits your driving style.

Of course, until you find that ideal setup, things can be a bit bewildering. That's not to say it's smooth sailing once you figure things out. Remember the first point? Red shell, blue shell, lightning. (Side note: Why not try something ridiculous, like this landship? Yup, that’s its name.)

#3: Sharing your racing highlights with the world 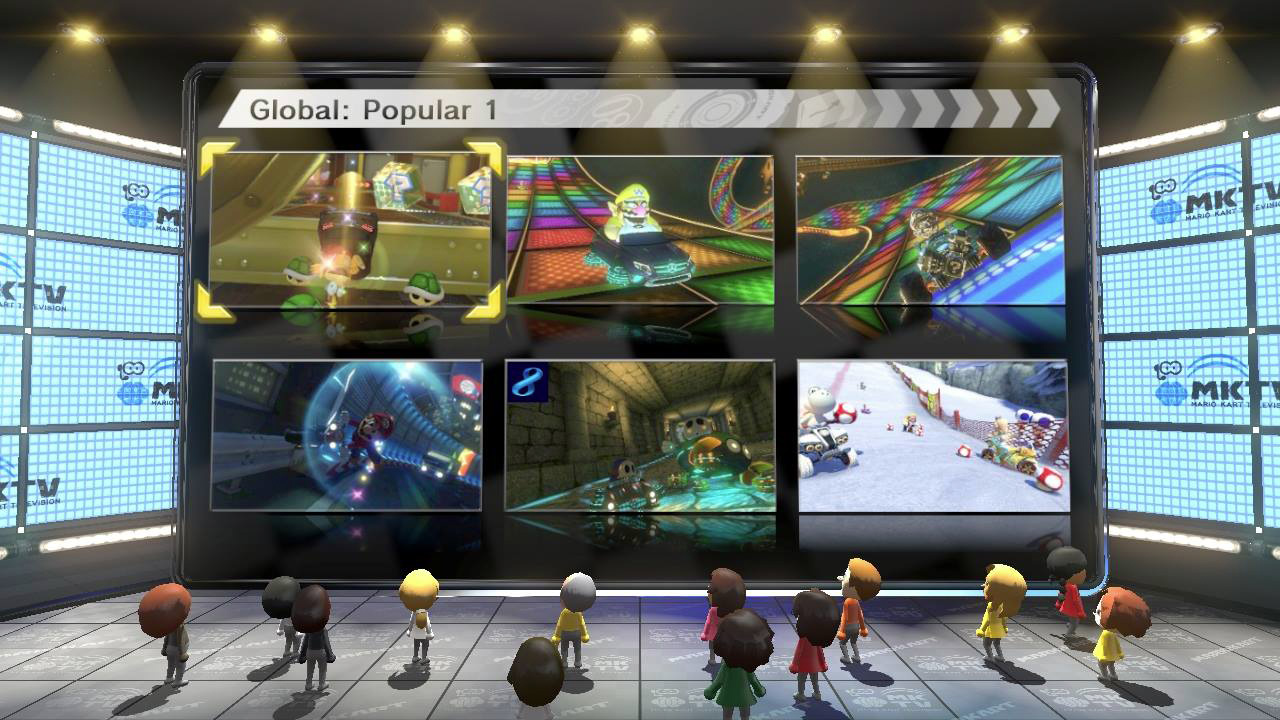 Mario Kart 8 lets you share your triumphs in two ways: YouTube and MKTV. The former lets you upload a highlight reel up to 60 seconds in length, while the latter uploads your race data directly to Nintendo's servers. Viewers accessing MKTV in-game can edit a highlight reel on-the-fly and watch a race from the viewpoint of any participant.

#3: Great way to have your loss rubbed in your face

Unfortunately, this also means that guy who nailed you with a piranha plant and went on to claim the victory – he also gets to upload that clip to YouTube. And then share it on Facebook. And Twitter. No big deal. Just everyone you know. (GIF is of Pink Gold Peach crossing the finish line in a Mercedes-Benz GLA, because I don’t lose. Ever.)

#2: Great way to spend the weekend 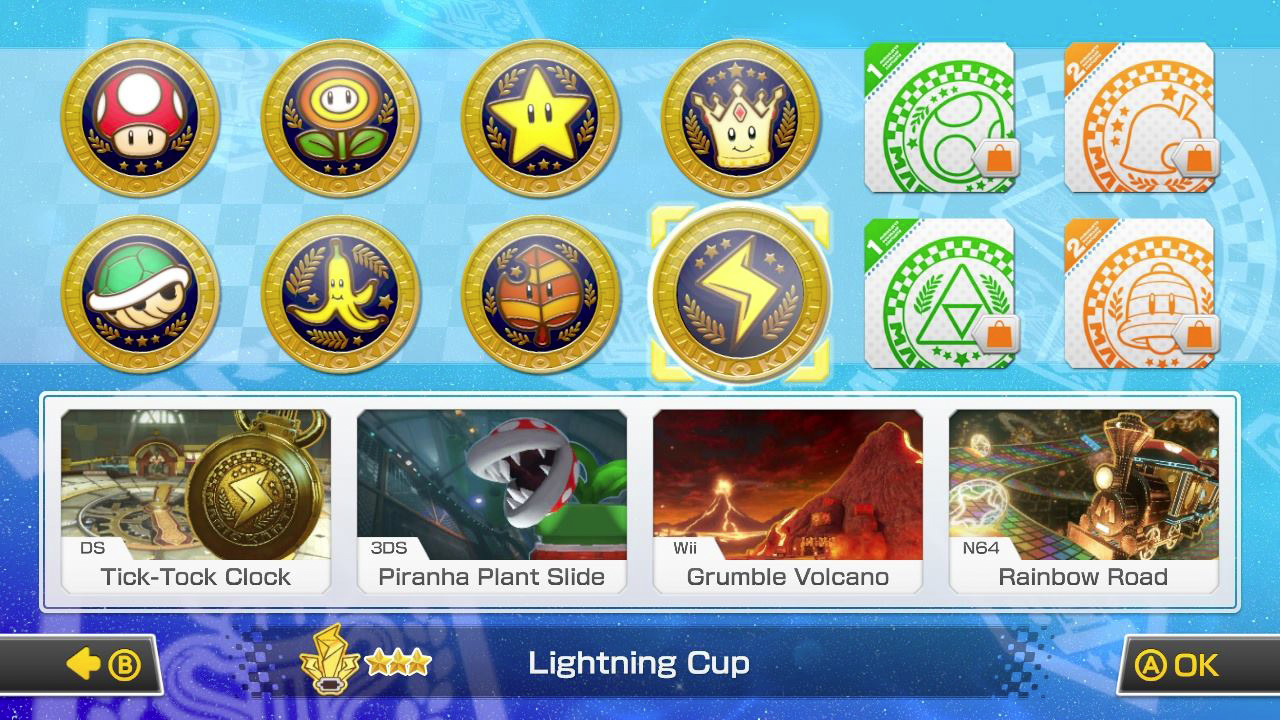 Whether you're playing by yourself or with others (locally or online), the sheer variety of tracks, karts and items ensure that every race is unique. You can eke out an epic win by landing a triple red shell and taking out the race leaders just metres from the finish line. And because you've got the highlight reel on YouTube, you'll be able to brag about it on Monday.

#2: Unless you work in this office 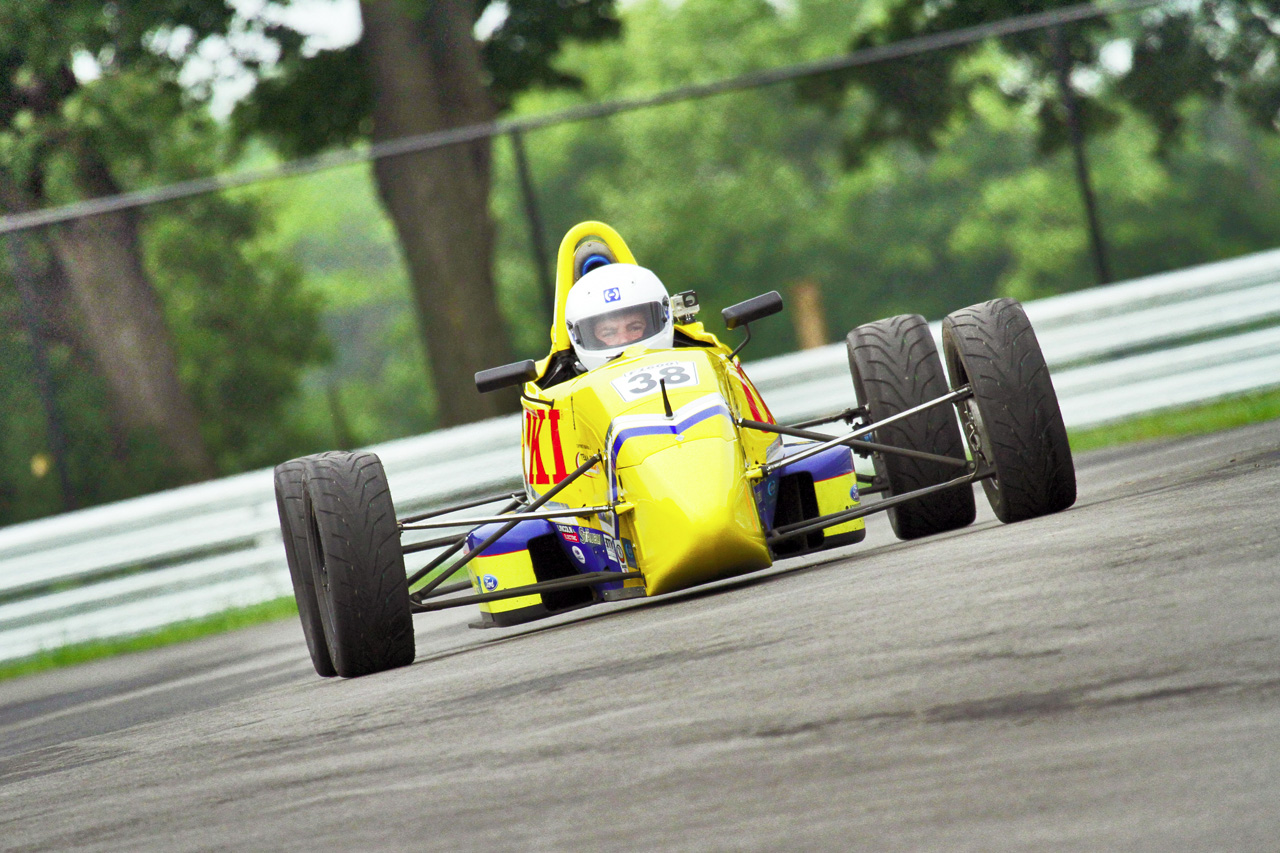 Where the conversation will go: "Oh, you were playing Mario Kart. Fun, eh? Me, I was driving an actual racecar this weekend. Photos are on the server." (Nah, Jacob is a nice guy. He’d never say that.)

#1: Hands down, the best game to play with friends 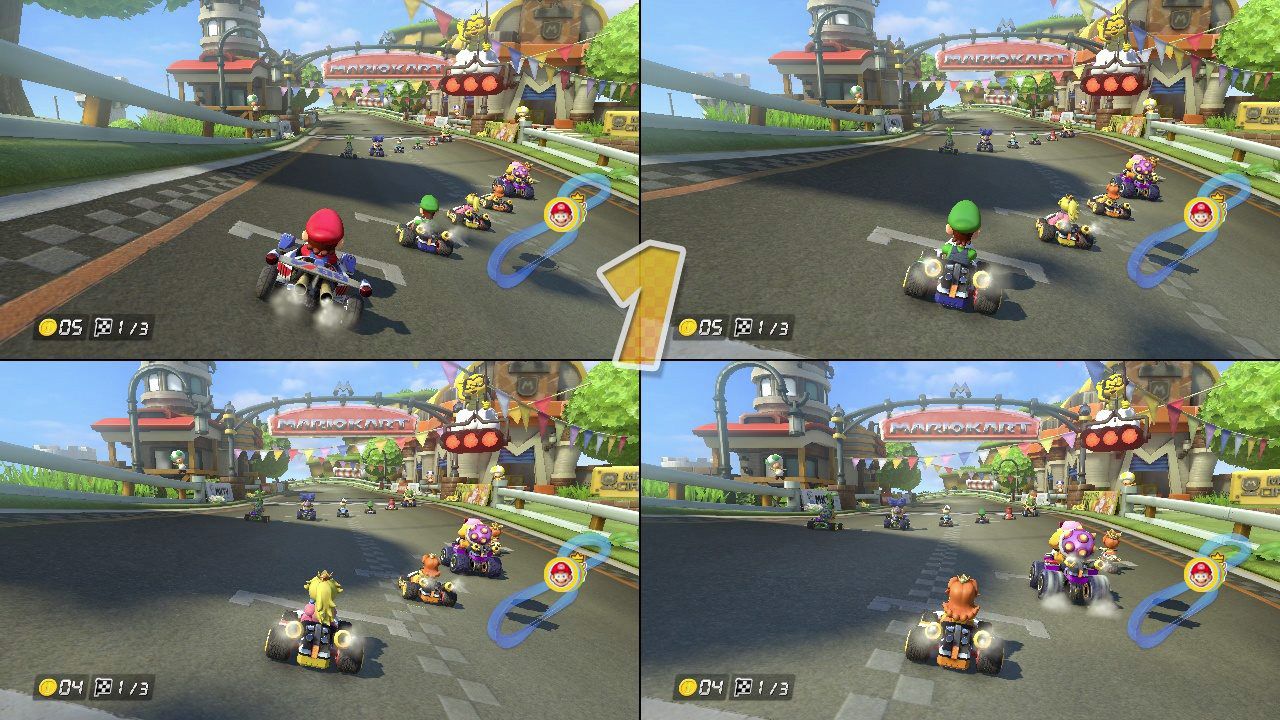 The first time you sit down to a race in Mario Kart 8, you’ll be operating on pure muscle memory. Even if you don’t know the courses, you’ll know how to powerslide around the curves. By the time you finish your first three-lap race, you’ll be making plans. Just like old times: four-way split-screen, pizza, fizzy beverage of choice...

And then your best friend sits down and picks Toad. Toad. Underneath that cheerful, guileless smile beats the heart of a ruthless, sociopathic jerk (and other colourful terms not suitable for publication). You know this because you know your best friend. And your best friend always picks Toad. And always sneaks up behind you with a red shell. “What? It’s just a game, right?” Note to self: make new friends different plans next weekend.

Seriously. This guy. Boombox. Convertible. (No Luigi death stare cameo for you!)