Listen. Shh. Wait…… Wait…….. Hear that? It’s Mother Nature, plotting yet another wicked winter complete with her nastiest concoction of ice, snow, and frigidness in years. Unless you’re in Calgary, and then it’s already here!

To prep for winterpocalypse 2015, the boss asked for a look at some good used winter warriors across a span of pricing from five grand and up—and for your writer to put on his used-car advice hat, as well as his winter-driving enthusiast hat, to help create a list of used rides that’ll tackle the upcoming season of Mother Nature’s nastiest with ease, and hopefully, without unsightly repair bills.

Here’s a look at a few recommended winter rides by price, chosen first for winter driving confidence, and second, for what should prove to be decent reliability if you find a good used copy, which we’ll help you with, with the tips below.

Whether you’re looking to spend $5,000, $50,000 or anywhere in between, you’ll covered here, and we provide some tips to follow ahead of your purchase to find a healthy used model. 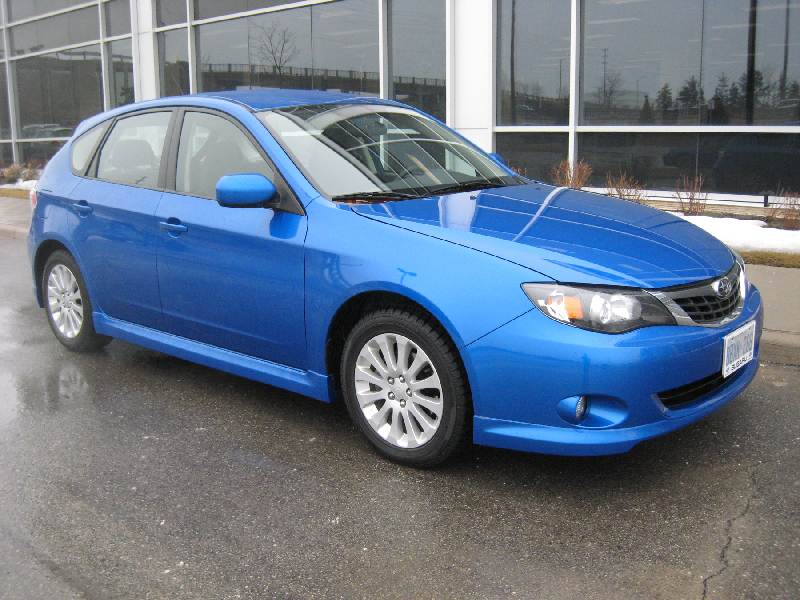 Why: Because it’s a popular compact car that’s absolutely winter-ready, boasts decent reliability, and is handy, flexible and easy to live with. Look for manual or automatic transmissions, four-door sedan or five-door hatch body styles, and standard AWD throughout. Don’t forget the winter tires, either. With them, you and your new-to-you Impreza will be all but unstoppable in the worst of weather. There’s plenty of selection around $10,000, including slightly higher-mileage examples of the newer generation 2008-and-up model. Feature content included a sunroof, heated seats, steering-wheel mounted audio controls and more. All models got a proven 2.5L Boxer four-cylinder engine.  Touring, Limited and Convenience packages were also available, depending on the year in question.

The Test Drive: Check the windshield for an oily film that may impede vision. This could indicate a problem with a leaky heater core that’s allowing coolant to evaporate. Check the front footwells for signs of dampness through the carpet, which could indicate a water leak.

Ensure the air conditioner works properly, check the liftgate (if equipped) and look for broken or missing interior trim pieces. If you’re going with a unit from the early 2000’s, be sure to have it checked by a mechanic for head-gasket leaks, and note that a possibly-faulty clutch line and slave cylinder may result in a limp clutch pedal, with the fix being to replace the fluid or the entire line assembly, depending on the model. 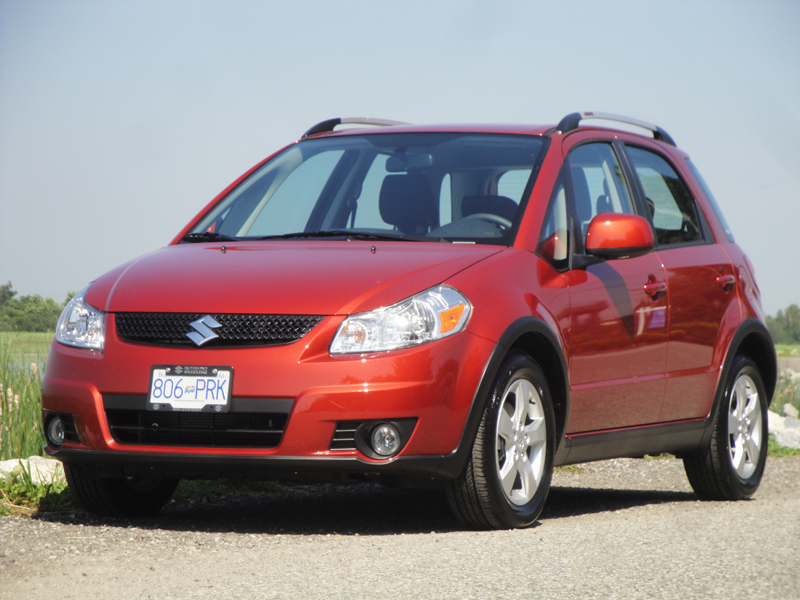 2007-2010 Suzuki SX4 AWD: The hatchback variant of Suzuki’s SX4 could be had with AWD—in addition to good driving dynamics, a flexible cabin, good visibility and decent-looking reliability. Feel the car for any signs of unwelcomed vibration at speed, which could be the result of a bad driveshaft or CV joints, and listen for a roaring sound at speed from the rear of the car, which could be the result of a bad wheel bearing. Some owners wish for better fuel mileage, though in all, this looks like a fun and flexible little winter-ready runabout that’ll be easy on the wallet. There’s plenty of selection on models from 2007 to about 2010 in the sub-$10,000 price range. 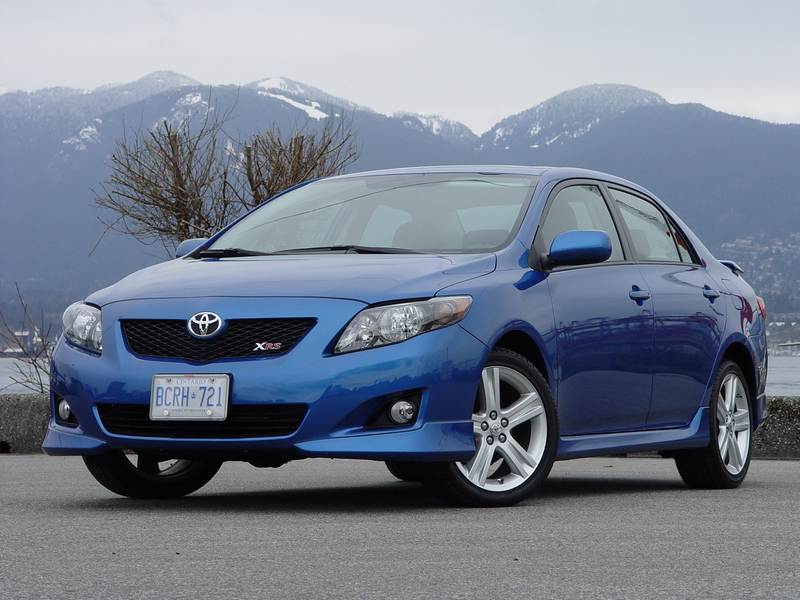 2006-2013 Toyota Corolla: Add winter tires (to any vehicle you drive in winter, really), and you’ll be rocking a snow-busting version of one of the most reliable small cars on the road. There’s plenty of selection for under $10,000 in a few-year-old Corolla, all of which got four-cylinder power and front-wheel drive. Look for an ABS light in the instrument cluster on a test drive, which could be evidence of a bad electrical connector in the brake system, as well as non-functional trunk releases. A leaky window seal could let water drip onto the footwell carpeting, too—so check for signs of a leak. 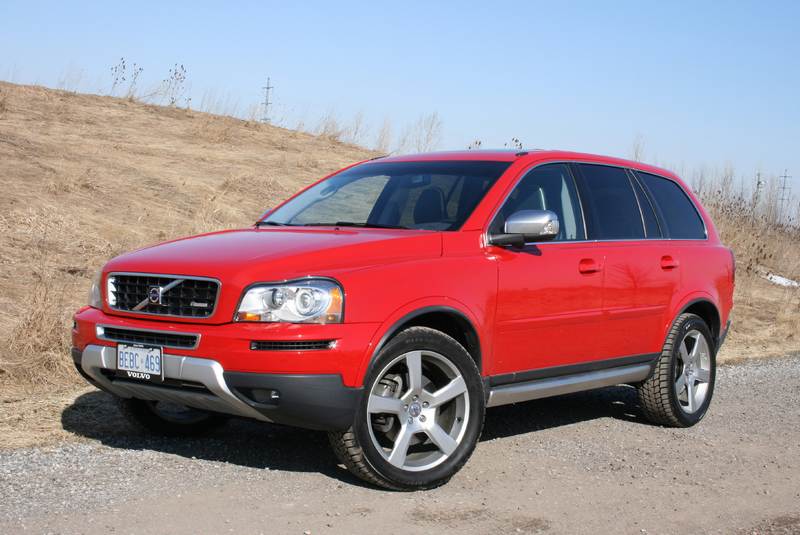 Why: Because it’s an SUV designed in Sweden by people who go cross-country skiing on their lunch breaks. All units got AWD, a V8 was available with up to 311 horsepower, and there’s room for up to seven people. You’ll enjoy a heavy, dense and locked-on handling feel in bad weather, backed up by a smart and fast-acting AWD system and some of the best xenon lights in the business. Plus, you won’t likely see eight of them next time you go to Home Depot, so there’s a bit of exclusivity, too. XC90 launched for model year 2003 and is about to be replaced by a new unit. Several tweaks and facelifts were carried out in the model’s lengthy first generation.

The Test Drive: First, plan to avoid an early model with the T6 engine, as reports of transmission problems and failure are fairly common. From 2007, all XC90 models were naturally aspirated. The 3.2L engine is likely the most advisable for most shoppers for its balance of power and mileage, and easy-to-do repairs for the do-it-yourselfer. Watch for warning lights or messages in the cluster, signs of trouble with the ignition switch binding or catching, and confirm that the A/C system, rear window wiper, and high-beams all work properly. Budget for a full fluid change, including power steering and differential fluid if you’re unclear of the service history of the model in question. Then, go stick it to Mother Nature’s worst with absolute confidence. 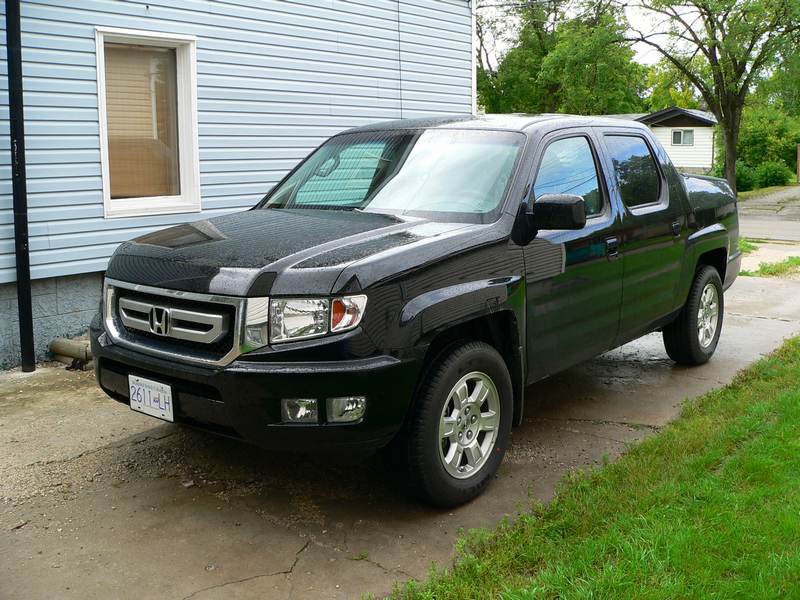 2006-2010 Honda Ridgeline: It’s flexible, good on fuel, ready for a family of five, has a trunk under its bed, and does nicely in the snow thanks to an on-demand 4WD system that can be locked for extra traction. Owners love the huge interior, flexibility, and handy-as-heck layout to the bed, the tailgate, and the rear-seat cargo area. Look for heated leather, auto climate control and Bluetooth on the features list. All units were V6 and automatic. Selection is fairly good around $18,000 to $20,000, depending on the year and mileage you’re after. On a test drive, make sure the VTM-4 function works as outlined in the owner’s manual, feel for any vibrations or a shaking sensation at speed which could indicate axle or CV joint problems, and arrange to have a mechanic take a looksie at the rear differential carrier for signs of cracking, and at the transmission cooler line fittings for signs of excessive corrosion.

2004-2009 Infiniti FX: This is a sport ute that’s heavy on the sport.  You get a silky V6 or a snarling V8 under the hood, up to 320 horsepower, all-wheel drive and all the luxury-ute must-have features. There’s room for 5 and some gear, and enough ground clearance for confident travels if you beat the plows to the road. Unlike many crossover models that ride like a coagulated gravy clot, this one was firm, frisky and agile. Note that niggling electronic gremlins could be the result of electrical grounding issues which may cause damaged ignition coil packs and an associated misfire, and damaged engine control units. Have a mechanic inspect the grounds and electrical system of any FX you’re considering. Check the seats for signs of excessive wear, inspecting the leather where the panels are stitched together. Inspect the dashboard for signs of cracking as well. Finally, ensure proper operation of all motorized seat functions, as well as the fuel gauge, trunk liftgate release, remote access system and audio system.