Honda announced today that its 2021 Ridgeline pickup truck will arrive in showrooms next month with a restyled front end, an updated infotainment system with a volume knob, and a starting price of $44,435.

That MSRP marks an increase of $1,730 over the 2020 model, for which you get a mid-size pickup that presents a more rugged face to the world. Honda says the Ridgeline’s styling is all-new from the A-pillars forward, with a newly squared-off nose and grille and new front fenders. A new front bumper sports functional vents that direct air around the front wheels for better aerodynamics. Rear-end changes include a new bumper and twin exhaust outlets. 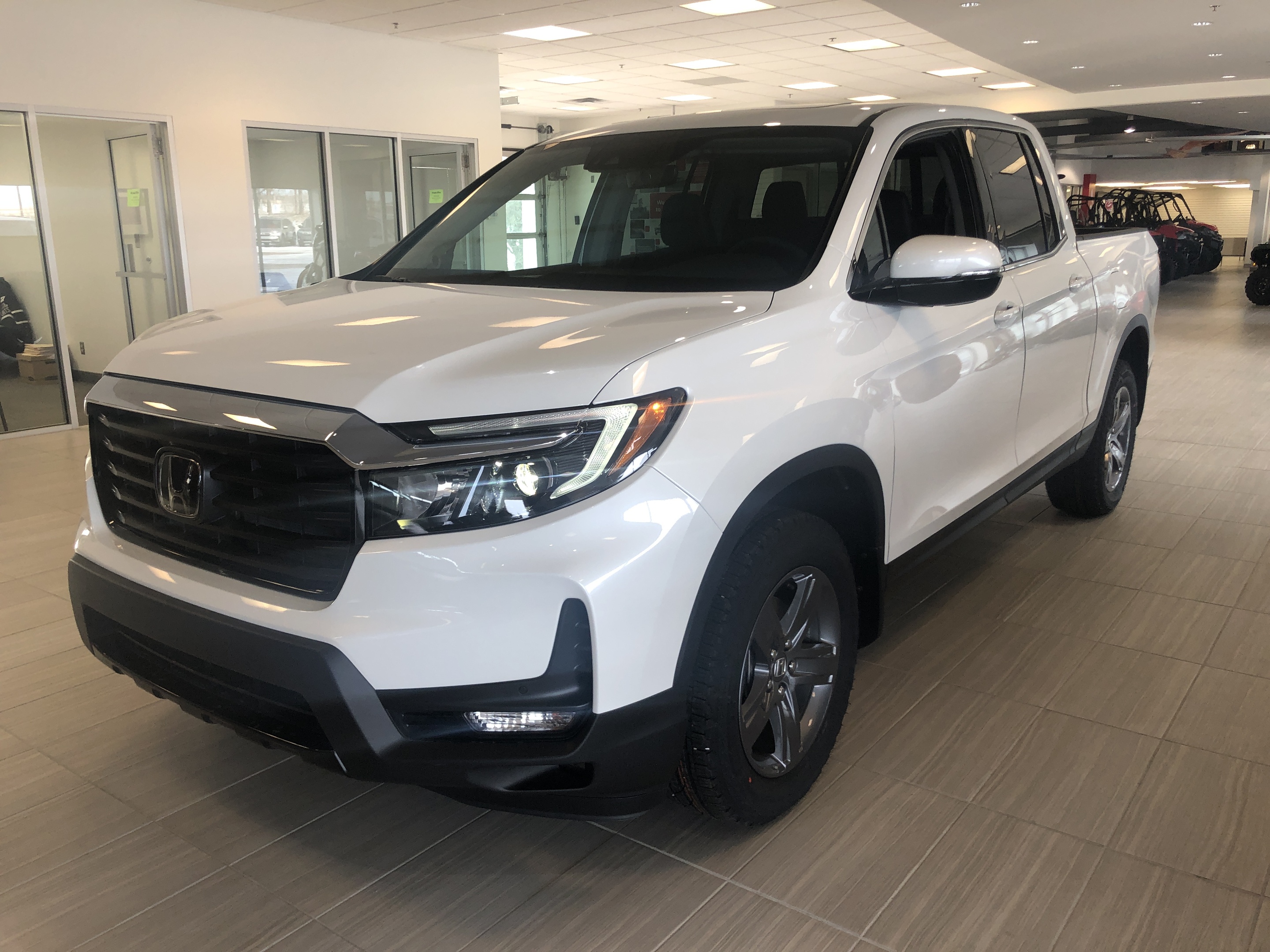 Honda’s other notable Ridgeline update is the addition of a volume knob to the infotainment system, replacing a widely criticized touch-sensitive volume control. Other interior updates include seats with new contrast stitching in all trim levels, new cloth seat inserts for Sport trim, and new dash and steering wheel accents in Sport, EX-L and Touring trims.

The rest of the Ridgeline carries over from last year. Power is from a 3.5L V6 engine (280 hp/262 lb-ft of torque), a nine-speed automatic transmission, and torque-vectoring AWD. The Ridgeline’s rear end again boasts Honda’s dual-action tailgate and a weatherproof trunk built into the floor of the cargo box.