Ford and FCA have been trading blows lately, and the new Ram TRX is another right hook in the fight. It started with the Ford Bronco, a product obviously designed to tackle the Jeep Wrangler, and now the TRX has arrived to fight back against Ford’s alpha off-road pickup, the Raptor.

How close have Ram’s engineers come to making the TRX a true Raptor killer? Let’s examine each aspect of these two trucks to see how they compare.

There is one caveat to be mentioned before we dive in: there is no 2021 Raptor yet. We have seen the 2021 Ford F-150, but the new version of the Raptor is still under wraps. So for now, we have to compare the TRX with the existing 2020 Raptor with the knowledge that Ford is planning a new version of its desert hunter. Each brand certainly takes a different approach with the powertrain. The Raptor employs a twin-turbo V6 putting out 450 horsepower at 5,000 rpm and 510 lb-ft of torque at 3,500 rpm, sent through a 10-speed automatic transmission. The suspensions underneath these two trucks are designed to do the same thing – tackle rough terrain at crazy speeds – but each has its own way of doing so. In the new TRX, an independent front suspension with double wishbones and a Dana 60 solid rear axle are employed, with the Ram’s five-link coil spring suspension remaining in the rear end. This enables 13 inches of suspension travel in the front and 14 inches in the rear.

The Raptor shares the TRX’s independent front suspension with a dual A-arm setup, but the rear end continues to use leaf springs, though of course they are specially tuned for off-road use. Travel numbers here are nearly identical, with the Raptor packing 13 inches of overall travel in the front and 13.9 inches in the back end.

Shocks are a huge part of any off-road package, with Ford tapping Fox for their 3.0 Live Valve units with remote reservoirs, while Ram has gone with 2.5-inch Bilstein E2 Blackhawk shocks, also fitted with remote reservoirs. Both of these shocks can adjust their damping on the fly, resulting in trucks that can both off-road in comfort and keep things firm and easy to handle on road. With off-roading as their stated goal, the TRX and Raptor share much of the same equipment to tackle tough terrain, and the numbers are also quite similar.

Differentials is one area where the Raptor takes a clear win, offering a front Torsen limited-slip differential, superior in off-road situations to the TRX’s open front differential that uses brake-based traction control to mimic a locker. In the rear end, both trucks have an electronic locker.

Ground clearance favours the TRX with 11.8 inches, compared to 11.5 in the Raptor. It’s clear that Ram was very aware of the Raptor’s numbers and made sure that the TRX pipped its cross-town rival in every category.

For more proof, here are the angles: Both trucks have an approach of 30.2 degrees, departure favours the TRX by 0.5 degrees at a total of 32.5 and breakover is also just 0.1 degree better on the Ram, coming in at 21.9 degrees.

Tires are similar, though the edge goes to the larger 325/65R18 rubber fitted to the TRX, which has a diameter of 34.8 inches (usually rounded up and called a 35), while the Raptor offers a 315/70R17, measuring in at 34.4 inches (usually rounded down and called a 34). BFGoodrich supplies a set of K02 all-terrains for the Raptor, while the TRX is shod in new Goodyear Territory all-terrains that were designed specially for the new truck. Ram has chosen to offer the TRX in only a single body style, Crew Cab with a 5.5-foot bed, while the Raptor gets two different body styles, the SuperCab and SuperCrew. That means that inside the TRX, rear seat passengers will be treated to 45.2 inches of legroom, whereas the Raptor offers 43.6 inches in its largest model.

The smaller SuperCab Raptor offers 33.5 inches of rear legroom, with this model’s biggest difference being a 134.2-inch wheelbase, compared to the TRX’s 145.1-inch wheelbase. The SuperCrew Raptor has the longest wheelbase of the bunch at 146 inches.

Weight is another point that’s important in off-roading, and the Raptor remains the lighter truck. A SuperCrew Raptor tips the scales at 5,697 lb, compared to the much heavier TRX, weighing in at 6,350 lb. This is likely a big reason why the Raptor is only a little over 0.5 seconds slower to 60 mph, despite lacking 252 horsepower and 200 lb-ft of torque. The Ram TRX is introducing a number of technologies that weren’t available previously in Ram trucks. For now, the brand is saying that they are specific to the TRX, but it probably won’t be long until they find their way into other Rams. The TRX can come with a rear camera mirror, head-up display, trailer reverse guidance system, and a front-facing camera – the latter two also offered by the Ford.

Electronically controlled drive modes are a staple in off-road trucks these days, and both of these rigs offer them, with Ram even calling their most aggressive off-road mode Baja Mode, just like in the Raptor. In Canada, the Raptor starts at $78,749 including destination for a Raptor SuperCab, while the SuperCrew model begins at $81,249 with destination.

The TRX has bigger numbers in most areas, and that includes the price tag. This Ram starts in Canada at $93,995. The Ford Raptor finally has some true competition, and that’s a good thing for everyone, as competition always breeds better products. Though the spec sheet tips the scales towards the new TRX, we’ll reserve judgement on which is ultimately better until we can get behind the wheel. For now, we’re just happy to see another high-speed off-road monster hitting the roads and trails. 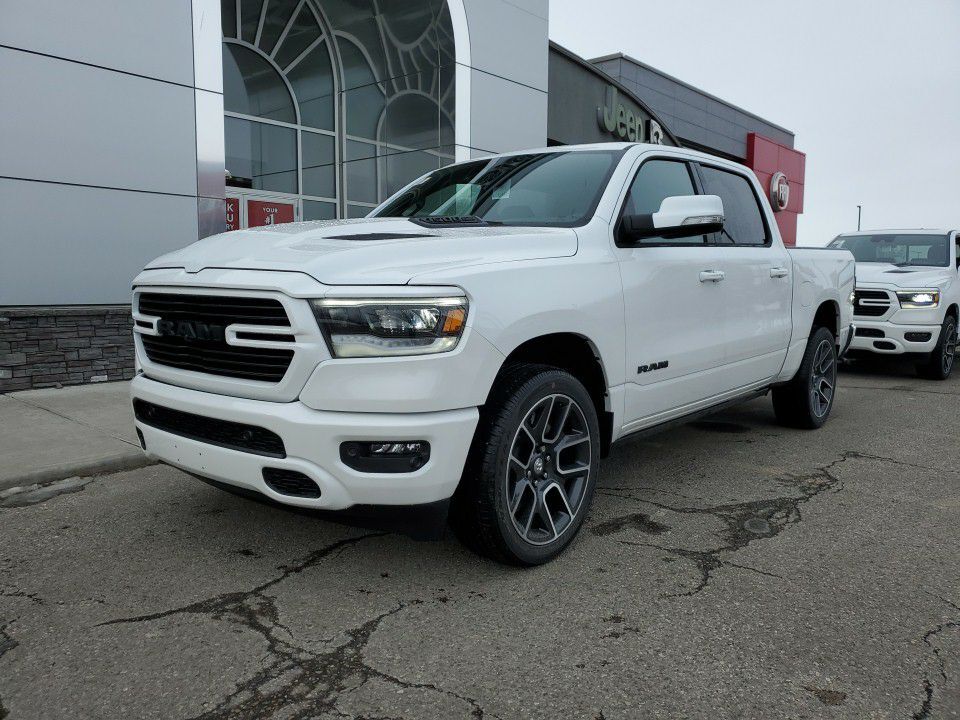 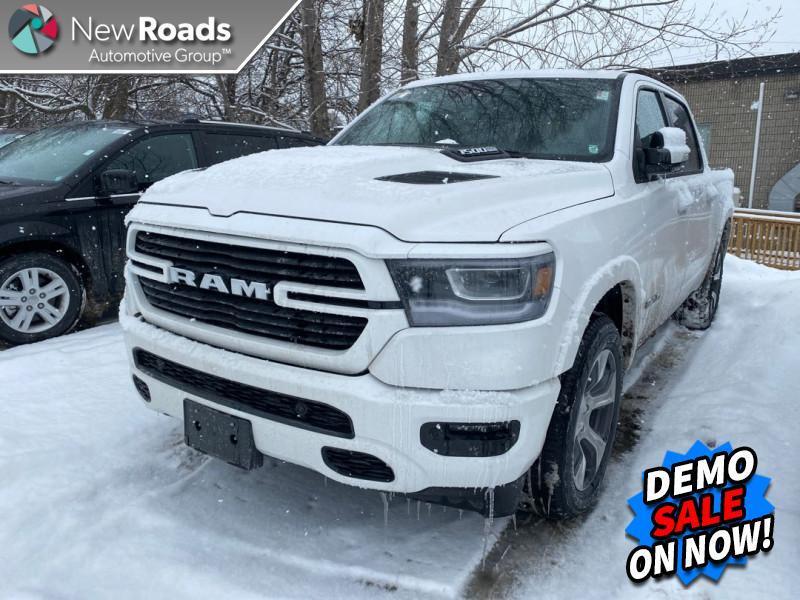