Skip Barber Racing School Teaches Confidence On and Off the Track Skip Barber Racing School Teaches Confidence On and Off the Track

It really doesn’t look like anything until you’re right in it. You come up over a ridge and bam! there it is – one of the most famous sequences of turns in racing: 8 and 8a, otherwise known as “The Corkscrew” at Laguna Seca Raceway. It’s not so much the turn radius that is notable, but more the fact that you plunge 18 metres down in elevation. Since it’s so steep and you’re cresting a ridge as you come to it, it appears that you’re about to come to a sheer drop. It’s a turn I’d experienced many times virtually in Gran Turismo and Forza Motorsport, but just once previously in real life, and that was at the helm of the Mazda CX-5 back when the Japanese manufacturer and the raceway had a partnership.

Things change a little when you’re driving a low-slung sports car as I now was: the Fiat 124 Spider Abarth, a firecracker of a car that just happens to also have a partnership with Mazda in that it shares its platform and various other bits with the MX-5 sports car. Not its engine, however, as it gets a turbo 1.4L four-cylinder as opposed to the Mazda’s naturally aspirated 2.0L four. The 124 also has one of the louder, angrier exhaust notes you’ll find at the sub-$35K level. In fact, the only other car at the level that sounds anything like it happens to be the 124’s now-discontinued Fiat 500 Abarth sibling. Which, as it happens, we’d also be driving on the track. Why these two cars? Well, aside from the fact they’re both from the same manufacturer, they’re both fun and are part of a partnership with the Skip Barber Racing School. Also, since one is front-wheel drive (FWD) and the other is rear-wheel drive (RWD), it was a great opportunity to see how the two drive systems differ in terms of input response. Since Laguna is such an undulating track, it would also be a good opportunity to experience first-hand how weight transfer affects a car’s performance and grip.

We wouldn’t be getting unleashed on this challenging track on our own, though. The Skip Barber Racing School instructors were also on hand to help put us through the paces, and it’s an experience I won’t soon forget.

“This is all we do,” said Terry Earwood, the school’s chief instructor. “We play with cars and we teach racing.” And the first lesson?

Earwood insists that one of the main reasons for spin-outs on both the track and public roads are due to drivers letting off the throttle in the midst of a turn, which takes the weight off the rear axle and can cause it to step out of line in an instance of lift-off oversteer – it’s multiplied, of course, when you’re heading down the Corkscrew and putting even more weight over the front. It’s why you’ll want to try and set yourself up for the whole 8–8a sequence at the top. That means something on the track, but even in the real world, it’s worth bearing in mind for safety’s sake. In addition to the corkscrew, Laguna has a number of other turns designed to put cars (and drivers) to the test, and since we had both FWD and RWD cars at our disposal, it was a good opportunity to experience just how different the two drivetrains can feel in identical situations.

One of the most remarkable differences you’ll find between the two cars can be felt through the two fast left-hand sweepers leading up to the Corkscrew. They’re two of the fastest turns on the track, and it’s here where we had the chance to test both Earwood’s lift-off oversteer theory – since we were following a pace car, our speeds were limited, but even in that situation, it’s interesting to feel how the car would push to the outside under throttle, and start to rotate as you gradually roll off the throttle.

You feel it in the RWD 124, but you really feel it in the FWD 500. With its higher centre of gravity and even less weight over the rear wheels, you can get that tail twitching without much difficulty in these circumstances. Having said that, the 500 shouldn’t be discounted. You might think that with its short wheelbase and close-ratio transmission, the 500 would be much more at home on a tight autocross course. That may well be the case, but it’s still a hoot to blast it around a big track like this. Especially when fitted with the six-speed manual transmission, it’s a car that responds well to being pushed. The steering rack is ultra-responsive (once you get past the weird-feeling, overly huge steering wheel) and the turbo motor is keen to rev. Plus, there’s that great exhaust note, which is always encouraging.

The open road is one thing, but out on the track, you can really feel the difference between both what RWD offers compared to FWD and also what an auto transmission feels like compared to a manual.

It’s a rhythm thing. The more time you spend on a track, the more muscle memory kicks in and you get used to doing things a certain way; brake, clutch, downshift, turn-in, accelerate out, and repeat. The more you do it, the more natural it feels and you start to push it a little more each lap. Then you hop into an automatic, and all that changes. Sure, the automatic 500 I was driving has a manual option, activated by bumping the gearlever fore and aft, but it’s just not the same and I had a much harder time getting in the groove. Given more time, I probably would have gotten used to it, but the stark disconnectedness I felt this day was one of the clearest indications I’ve ever had as to why when it comes to performance driving, for me, it’s got to be a manual. Yes, the autos found in most high-performance cars today are faster. Yes, they’re smarter and, yes, these days they’re incredibly advanced, but if I were to consider getting into the track car game on a budget, it would have to be a manual.

The car is one thing, but if there’s one thing we learned at Skip Barber during our single short day at the school: It all starts with the driver. “You need to become your own computer-operator in the car,” says Earwood. “Your own instant data, if you will.” He’ll tell you that no car has driven itself backwards into a catch fence, that the worst five words when it comes to racing are “Don’t worry, I got this” because that likely means you’re not properly computing what’s going on, and the car’s taking over, which is not something you want. Much better you and the car work together to make the best forward progress possible.

So while you’ve finally been able to amass the required savings to start thinking about getting your hands on that track car you’ve always coveted, know that’s just the start. The next step is to learn how to drive it properly, and schools like Skip Barber are an excellent way of doing so.

If you can’t make it to Laguna Seca, never fear; Skip Barber runs schools at a number of tracks, including Canadian Tire Motorsport Park just outside Toronto.

That’s a great track, make no bones about it, but if you happen to be vacationing in California around the time Skip Barber runs its Laguna Seca program (class times run from four hours to three days), it’s definitely worth a shot. 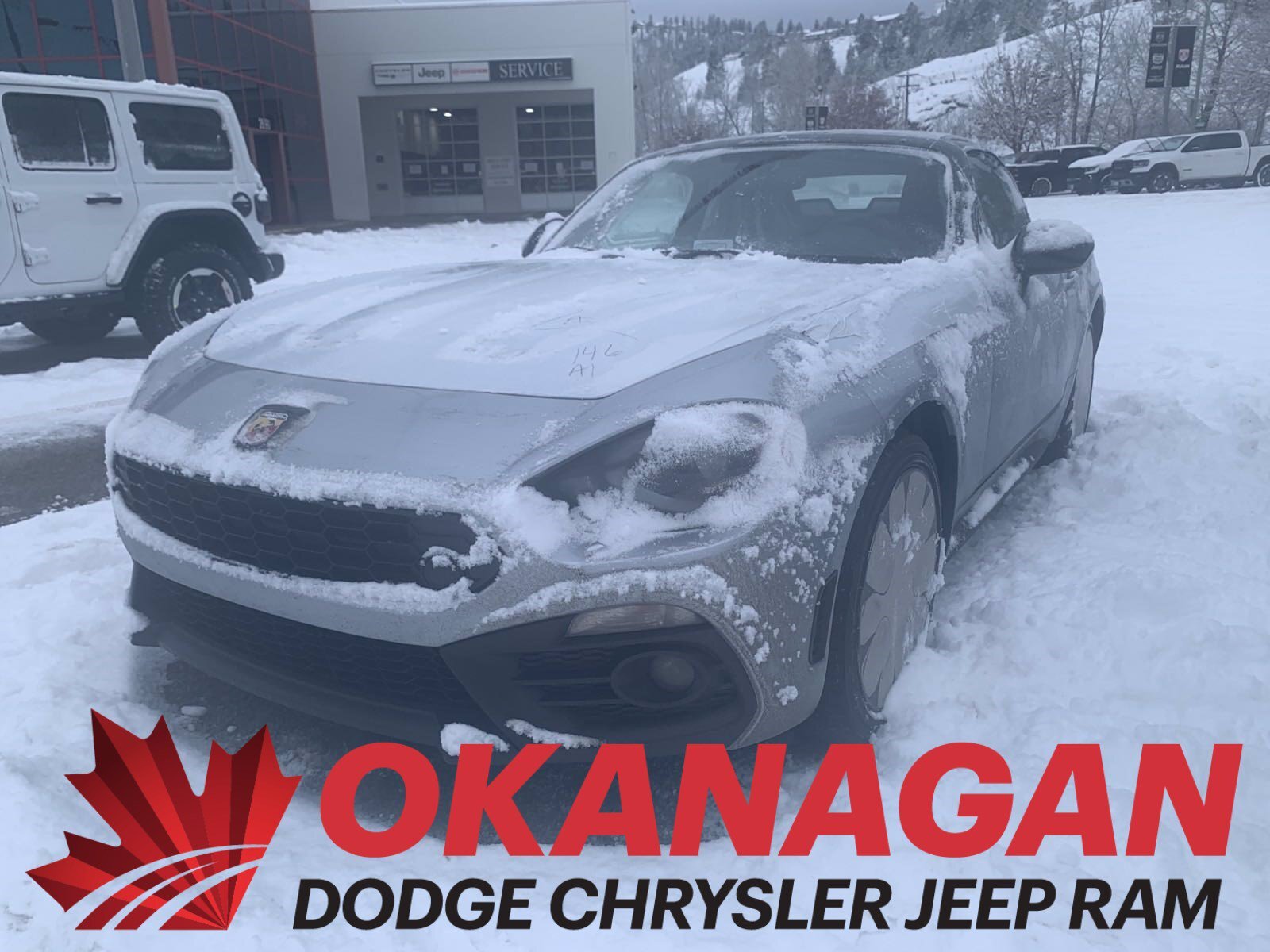 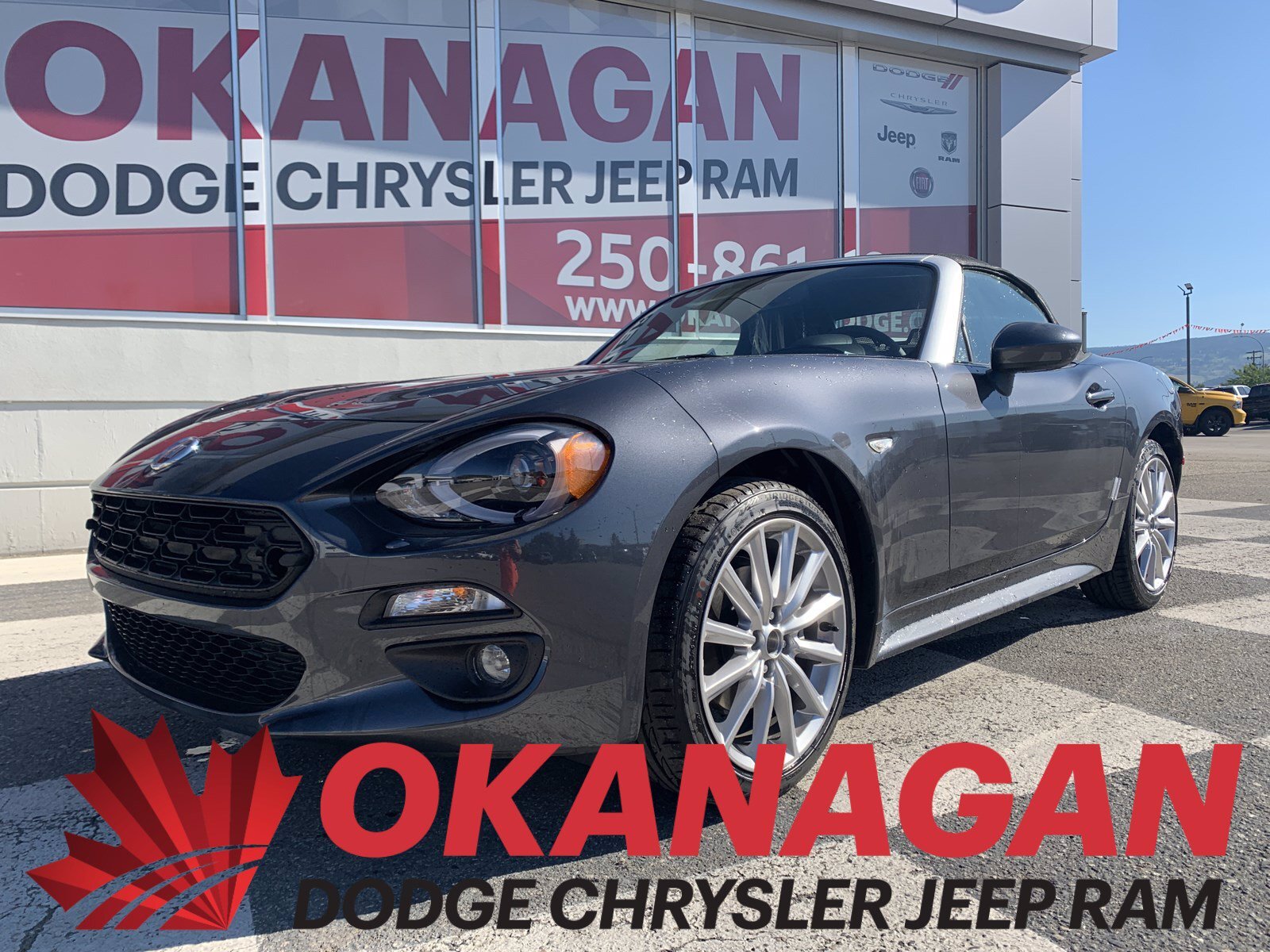 Is Mazda's CarPlay and Auto Update a Bonus for Toyota and Fiat Owners?