Volvo Cars has unveiled the XC40 Recharge in Los Angeles, California, the company’s first all-electric vehicle. The first model announced under the Recharge name, Volvo plans to introduce a new BEV each year for the next five years to create an entire range of fully electric models. Moving forward, the Recharge badge will be featured on all PHEV and BEV vehicles, contributing to Volvo’s plan to make all-electric cars 50 percent of global sales by 2025 – the rest being hybrids. Volvo expects plug-in hybrids make up 20 percent of total sales by as early as 2020. Featuring a fully electric all-wheel drive powertrain with an output of 408 horsepower, the small SUV is estimated to have a range of up to 320 kms on a single charge. Future combustion engine development will be done through the partnership with Geely while Volvo will focus its efforts exclusively on electrification in their ambition to become a climate-neutral company by 2040.

Visually similar to the existing XC40, the Recharge shares most styling elements with the exception of the lack of a front grille or rear exhaust pipes. As there is no internal combustion engine under the hood, the front end has been modified to include secure storage space.

In an attempt to increase EV adoption without relying on the subsidies of local markets, the unveiling of the all-electric XC40 was accompanied by the announcement that Volvo will offer its PHEV Recharge customers free electricity for the first year. Based on average pure electric use monitored through Volvo On Call, compensation will come in the form of a rebate at the end of the year.

According to Anders Gustafsson, President and CEO of Volvo Car USA, this is part of a long term plan to encourage driver behaviour to include electrification. "It's easier to convert a plug-in electric vehicle owner into an electric vehicle buyer."

After range anxiety, one of the largest current questions and concerns with EVs is the added carbon footprint required to produce them. Volvo has committed to reducing CO2 emissions created through the “Lifecycle climate footprint” by 40 percent by 2025 through vehicle emissions and production, their facilities and even their supply chain. According to Volvo, the vehicle itself only makes up 59 percent of the carbon produced over its life, so they are working to slash the CO2 produced by utilizing more sustainable, efficient suppliers, recycled materials, and renewable energy to build and transport their vehicles.

According to Gustafsson, the average age of the XC40 buyer is 8-10 years younger than the typical Volvo buyer, so infotainment and technology integration is important. The Android-powered infotainment system features Google Assistant, Google Maps and Google Play, as well as being fully integrated into the Volvo On Call app. It also allows for constant over-the-air updates and diagnostics.

Volvo being synonymous with safety, considerations have been taken to uphold this reputation. Batteries have been placed low in the floor within reinforced aluminum housing to ensure balance, stability and a low centre of gravity. As well as an efficient absorption of energy in the event of a collision. Should this happen, the batteries will shut off to prevent any chances of electrical shock.

Production is slated to begin in the first half of 2020 with vehicles arriving on dealer lots towards the end of the year. Pricing has yet to be announced. 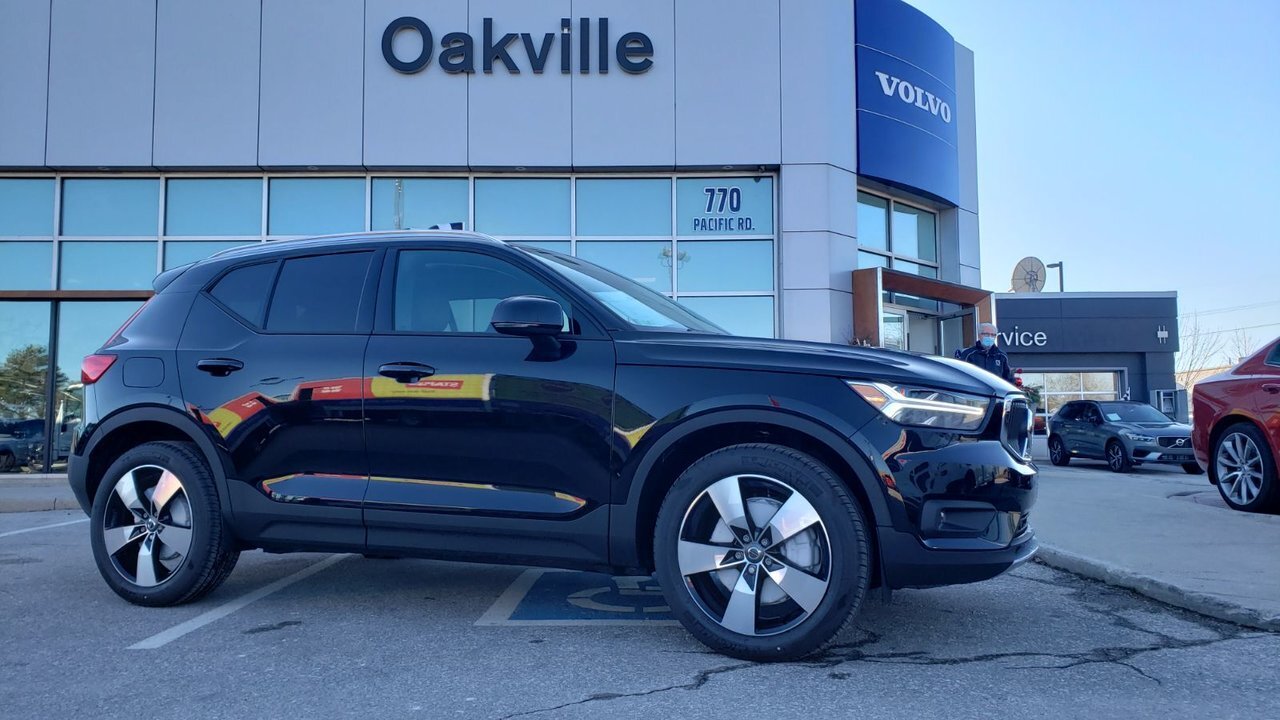 About Dustin Woods
Fascinated by anything with an engine since he was old enough to walk, Dustin has been crafting automotive news, reviews, and travel content for over 14 years. He holds an Honours Bachelor of Arts in Communications Studies and English from Wilfrid Laurier University and a post-graduate certificate in Broadcasting from Humber College. Dustin is the Associate Editor of autoTRADER.ca, a member of the Automobile Journalists Association of Canada (AJAC), and a doting cat dad.
Follow me
You may also like
AdChoices
Latest Articles