BMW's current entry-level model in Canada is the 2 Series coupe, but the Gran Coupe adds two more doors, and most of the rest of the car's footprint grows along with it. The overall length is up 94 mm to a total of 4,526 mm, but most of that length doesn't come between the wheel wells. The wheelbase is actually 20 mm shorter than the coupe, at 2,670 mm, meaning that the extra space is in the overhangs and not for passengers. The Gran Coupe is wider than the less-gran coupe, and the roof is also slightly taller.

We'll get two versions of this new four-door from launch, a 228i version with a 228 hp turbocharged four-cylinder as well as an M235i version with 301 hp from another version of the same 2.0L four. The M240i coupe's engine isn't on the list, sadly, but we wouldn't be surprised if a faster version will be added to the lineup in the future. Both offerings get an eight-speed automatic transmission and will come with BMW's xDrive all-wheel drive as standard.

The 2 Series Gran Coupe will get some tech borrowed from the electric i3, but it doesn't come in the form of battery power. Instead, it'll get the advanced traction control unit that puts the slip controller in the ECU instead of a separate module to allow it to act 10 times faster. The cars will also have an active yaw control feature called BMW Performance Control that uses the brakes to suppress understeer. The M235i version will get a new mechanical limited-slip differential for the front wheels.

M235s will also get an M Sport suspension that lowers the car 10 mm, which BMW says will improve handling. It's optional on the 228i. Both can also be fitted with dynamic damper control with two shock settings. M Sport brakes are also standard on M235i and optional on 228i.

Inside, the Gran Coupe gets backlit interior trim and different grains on the wheel, doors, and instrument panel, which BMW says adds modern and premium touches. That cluster can come as an all-digital screen that works with the 10.25-inch infotainment display. There's a full-colour head-up display on the options list as well. Though this looks like a very small compact car, BMW says rear legroom is "almost equalling that of the 3 Series sedan." An exact figure isn't provided.

BMW will start building the cars in November, and they'll start to arrive at dealers in the spring of 2020. The automaker hasn't announced pricing, but since they did say this would be the new "entry point in to BMW ownership," expect it to ring in under the $38,050 sticker of the base 2 Series coupe. 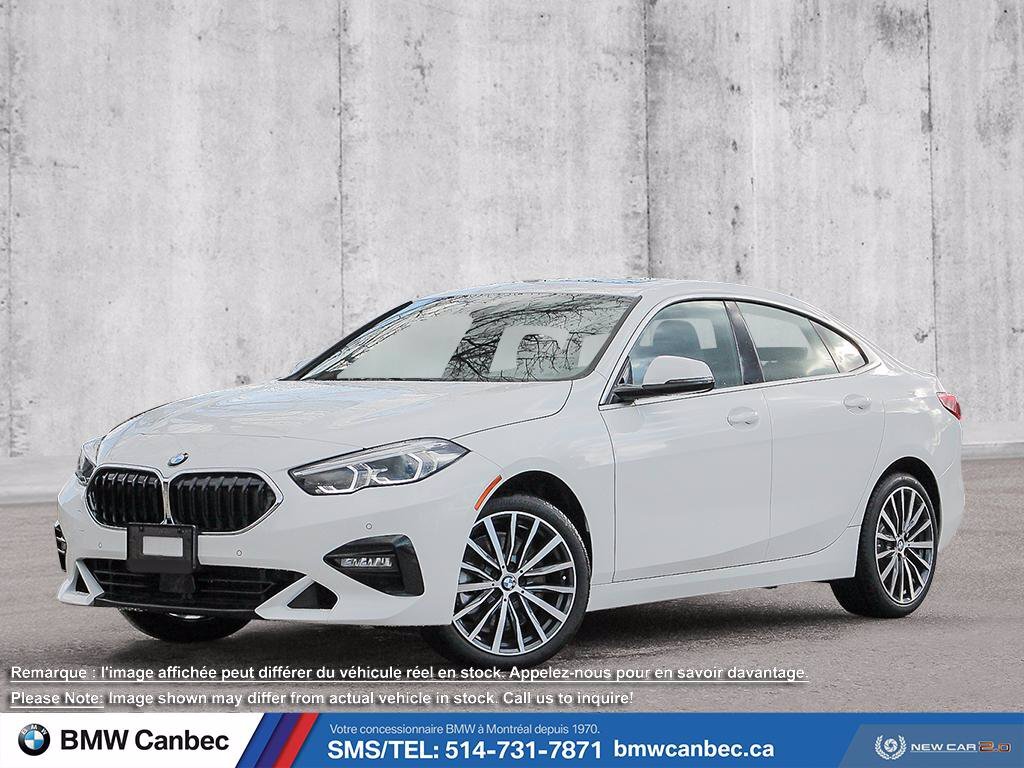