At the moment, there are upwards of 250 distinct car, crossover and truck models for sale in Canada. It's hard enough to keep track of the vehicles that are available in showrooms now, much less the scheduled arrivals for new, redesigned or significantly updated models.

In order to help you (and, quite frankly, us) keep track, we're starting a new monthly feature in which we'll provide an overview of the vehicles arriving on the market each month.

For our first instalment, we present the notable new vehicles you can expect to see in Canadian showrooms in April, including a handful of sporty cars from BMW and Volkswagen, a more practical Nissan electric vehicle, and Kia's largest and poshest utility vehicle yet.

April is a big month for BMW Canada, which is rolling out a trio of cars aimed at three different types of luxury car buyers.

Four- and six-cylinder versions of this car may share the Z4 name, but their turbocharged engines' power ratings suggest each will have a distinct character. The M40i boasts an extra 127 hp and 74 lb-ft of torque and is further set apart with a standard M Sport suspension, brakes and rear differential. BMW says the Z4 M40i is good for a 0-100 km/h sprint of 4.5 seconds.

The new roadster is also more practical than before, with a larger trunk, storage space behind the seats and the option of a trunk pass-through to accommodate long cargo.

BMW fits the Z4 with a fully digital gauge cluster, the latest version of the iDrive infotainment system, and a 10.25-inch central display. Forward collision warning with pedestrian detection and city-speed automatic braking is standard, along with lane-departure warning.

BMW is quick to point out that this is not an all-new, seventh-generation 7 Series; rather, it's a significantly updated version of the sixth-gen car. The most significant cosmetic change is a hood two inches higher at the leading edge, which allowed BMW's designers to enlarge the brand's twin-kidney grille by 40 per cent(!).

BMW brings its latest plug-in hybrid tech to the 7 Series in the 745e. This car trades its predecessor's four-cylinder gas engine for a six-cylinder, which works with an electric motor to make 394 hp and 442 lb-ft, up 72 and 73, respectively, over the last plug-in 7 Series.

Neat technology includes a standard air suspension that allows for manual ride-height adjustment and will automatically level a loaded car by adjusting the air pressure at each wheel. The suspension also boasts active roll stabilization for flatter cornering, and a road preview function uses a forward-looking camera to adjust suspension settings to suit changing road conditions.

The new 7 Series also gets BMW's intelligent personal assistant. Say, "Hey BMW," and you can use voice commands to adjust the air conditioning, seat massagers and fragrance dispenser. The assistant is also hooked into the infotainment system and can even help you find a parking spot.

BMW introduced its seventh-generation 3 Series compact sport sedan last year, but only as the four-cylinder 330i. This year brings the M340i, which becomes the most potent version you can get, short of the track-ready M3. In fact, BMW says the M340i is the most powerful non-M3 3 Series in the model's long history.

The M340i gets its impressive power from a 3.0L turbocharged inline six-cylinder. That's a familiar configuration for BMW, but this is a new generation of the motor, sporting a new turbo design and fuel injection system. 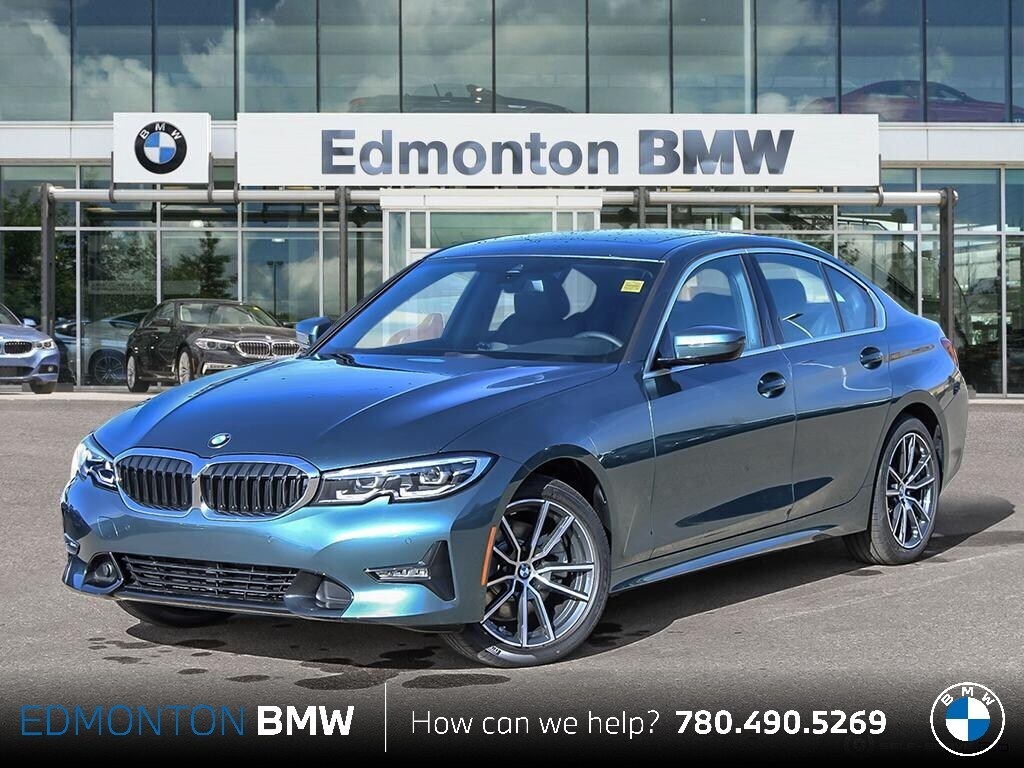 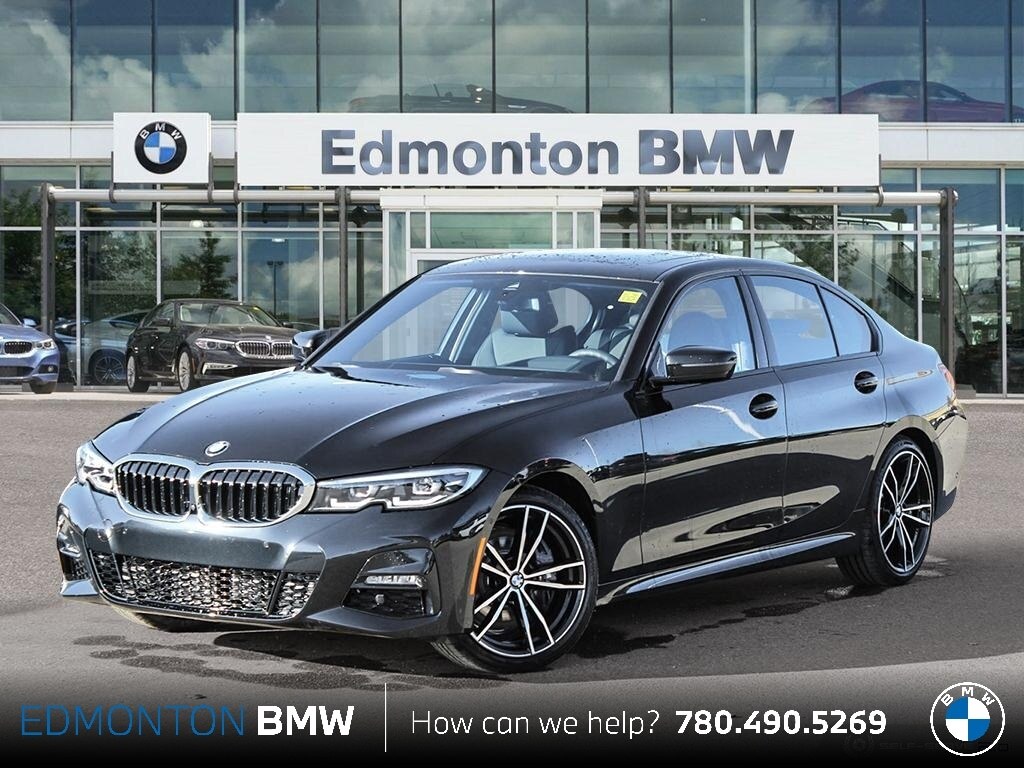 Notably, BMW makes no mention in its press materials of a manual transmission, so we're pretty sure an eight-speed automatic will be the only transmission offered. To soothe the hurt feelings of enthusiasts, the M340i comes with launch control to optimize traction in hard acceleration. There are also steering wheel-mounted shift levers, and an M Sport locking rear differential and M Sport suspension tuning are both standard.

Rob Dexter, communications, product and tech specialist with BMW Canada, says the company is conducting a "rolling launch" of these three models. As the cars arrive from Germany at the port of Halifax, they'll be transported by truck and train to showrooms nationwide. While the cars will arrive at many eastern Canadian dealers in April, Dexter cautions that the nature of Canada's geography means that they might not arrive at stores out west until May.

The Chevrolet Blazer is a new model wearing a familiar name. It also plunks this General Motors brand into the mid-size, five-seat crossover mix. Surprisingly, that's a new segment for Chevrolet. The brand's Equinox has long competed for compact crossover buyers, while the Traverse is well-known in three-row seating circles.

The Blazer's key competitors are the Ford Edge, Nissan Murano, Hyundai Santa Fe, Honda Passport (another recent arrival in this segment) and Subaru Outback. Notably, the truck specialists at GMC do not field a vehicle in in this class.

Most Blazer trims come with a 3.6L V6 engine that makes 308 hp and 270 lb-ft of torque. Only the least-expensive trim uses a 2.5L four-cylinder that makes 193 hp and 188 lb-ft. Both engines are matched with a nine-speed automatic transmission, and AWD is optional with the V6.

This is Kia's latest SUV model and its largest-ever utility vehicle. It's a three-row model that straddles the line between the mid- and full-size segments and display's the brand's upscale aspirations.

The Telluride is a formidable-looking vehicle with styling reminiscent of the Volvo XC90 and Land Rover Range Rover Sport. However, its starting price of about $45,000 is well below what similarly sized upscale seven-seaters command.

The Telluride's powertrain also solidifies its mainstream market position. Power comes from a 3.8L V6 making a modest 291 hp and 262 lb-ft of torque, paired with an eight-speed automatic transmission and standard AWD.

Given Kia's clear obvious intent to go upmarket with cars like the Stinger sport sedan and K900 large luxury car, we'll be curious to see if the Telluride gains a V8 option in the coming years.

Kia began delivering the Telluride to dealers in late March, with the bulk of the rollout set to continue this month.

The Nissan Leaf was the first mass-market electric vehicle at its introduction nearly a decade ago. With the Leaf well into its second generation, Nissan aims to extend the car's appeal with the Leaf Plus, a longer-range version of the car that also boasts stronger performance.

Nissan promises 363 km of driving range and 215 hp from the Leaf Plus, both of which are roughly 50 per cent improvements compared to the standard Leaf.

That extra performance doesn't come free. At a starting price of $43,998 in S trim, the Leaf Plus is a $7,200 jump from the standard Leaf S' MSRP. But it does still qualify for the $5,000 EV rebate announced in the most recent budget, since its starting price sneaks in under the new program's announced $45,000 limit.

Nissan recently announced that it had sold the 400,000th example of the Leaf worldwide. It was also Europe's best-selling EV in 2018 and the best-selling car overall in Norway. The Leaf is still an expensive way to buy a compact hatchback, but the Leaf Plus's extra driving range makes owning one a little easier, given Canada's relative lack of public EV charging infrastructure.

You want torque? Ram will give you lots of it in the latest version of its Heavy Duty line of pickup trucks. Ram is the first truck brand to break the 1,000 lb-ft barrier with a Cummins-made 6.7L turbodiesel that also boasts 400 hp.

Ram says the latest Cummins engine achieves that feat with the help of a new cylinder head, engine block, valves and valve springs. Working together, they cut the engine's weight by 27 kg, but make it more powerful.

A lesser version of the Cummins turbodiesel makes 370 hp and 850 lb-ft. Both diesels are options; the standard engine is a 6.4L gasoline V8 that makes 410 hp and 429 lb-ft. Diesel models get a six-speed automatic transmission. Gas models trade that for a Ram Heavy Duty-first eight-speed automatic.

A new frame made of 98.5 per cent high-strength steel contributes to maximum towing and payload ratings of 15,921 kg and 3,484 kg respectively. Ram says the Heavy Duty is the only truck in its class to offer a rear air suspension. Its big trick is the ability to lower the rear of the truck to ease loading of heavy stuff, but it also has special performance modes for towing and hauling heavy payloads.

The latest version of Volkswagen's sporty Jetta GLI arrives in the brand's Canadian showrooms this month. It comes to market almost exactly a year after the mainstream version of the seventh-gen Jetta arrived with its upscale new styling and a larger, posher interior.

We expected Volkswagen would market the GLI as a 2020 model, but because the Jetta already skipped the 2018 model year, we suspect VW didn't like the idea of a three-year gap between this GLI and its 2017 predecessor.

Volkswagen offers the Jetta GLI in two trims. There's a base model and a 35th Anniversary Edition, which presumably celebrates three-and-a-half decades of GLI-badged Jettas. Both trims start with a six-speed manual transmission that can be optioned to a seven-speed, dual-clutch automatic.

Volvo knows the station wagon is a dying breed in North America, but the sensible Swedish company is not ready to give up on this pragmatic vehicle type.

Strictly speaking, the V60 Cross Country is not a station wagon. Rather, it's a compact crossover derived directly from the V60 wagon that Volvo introduced last year. This late addition to the brand's 2019 model range rides on a taller suspension and boasts black body trim meant to make it look more rugged.

Despite crossovers being the preferred vehicle type for many Canadians, Volvo actually offers less choice in the Cross Country than in the V60 wagon. The Cross Country comes in a single trim, priced at $48,900 and powered by the less-potent of the wagon's two engines, a turbo 2.0L that makes 250 hp and 258 lb-ft of torque. Also standard are an eight-speed automatic and AWD.

We think of the V60 Cross Country as a car for drivers on the fence about the current crossover craze. Few other automakers think along the same lines as Volvo. Its only competitor is the Audi A4 Allroad, which is also a compact wagon on stilts.