It seems that if you’re going to build a luxury SUV or CUV these days, it’s not enough to just provide a single, standard, five-door wagon body style. If you’re BMW, you’ve given us the X6 and X4. If you’re Mercedes-Benz, there’s the GLE and GLE Coupe, as well as the GLC and GLC Coupe. If you’re Audi, there’s the Q7 and Q8, and if you’re Porsche, there’s the Cayenne and now this: the 2020 Cayenne Coupé, coming soon in either Cayenne Coupé ($86,400) or Cayenne Turbo Coupé ($148,000) form. Porsche says that while internally, the Coupé is similar to its SUV variant, it has “an even more dynamic design and new technical details that position it as more progressive, athletic and emotional.” Styling-wise, there’s a clear connection between the Coupé and both the Cayenne and Macan; the sloping rear hatch is very reminiscent on that which is seen on the Macan, while the large bumpers and optional 22” GT Design wheels are a nod to the larger Cayenne.

There are two roof options: a panoramic fixed glass roof and a carbon roof option. Coupled with the Coupé’s adaptive roof spoiler – first seen on this year’s Cayenne Turbo – and a secondary rear spoiler, you can see how Porsche has some serious plans with this latest Cayenne. Unlike the Cayenne Turbo, you don’t have to hit track-only speeds for it to deploy; it does so at 90 km/h and up. Power comes from either a 335 hp/332 lb.-ft. V6 as well as a twin-turbocharged V8 good for 541 hp and 568 lb-ft; both engines make the same power in the Cayenne and Cayenne Turbo SUV models. There has been no announcement of an “S” Coupé at this time. The Sport Chrono package comes as standard and helps make for a six-second 0-100 km/h sprint in the Coupé, while the Turbo Coupé sees that number drop to 3.9 seconds, on to a top speed of 286 km/h.

Inside, four seats are standard – two buckets up front, two at the rear – but Porsche says that a third seat in the rear will be a no-cost option. The rear seats have been mounted lower, meanwhile, so that the more aggressive roofline doesn’t effect headroom. 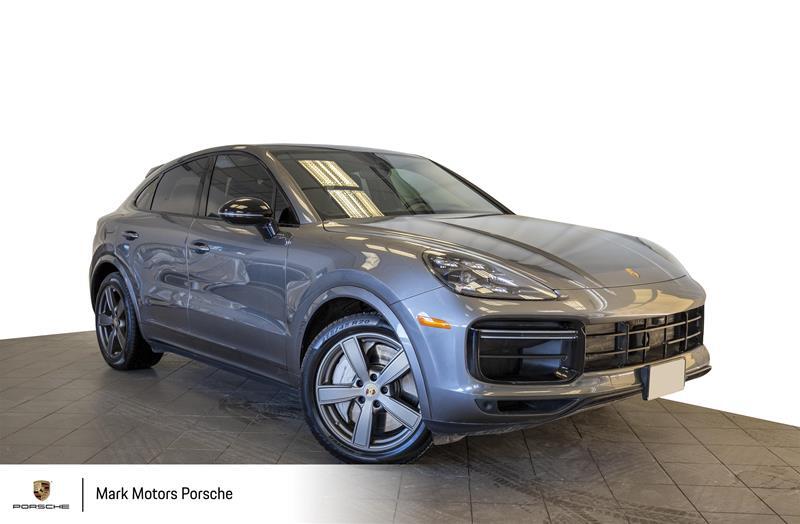 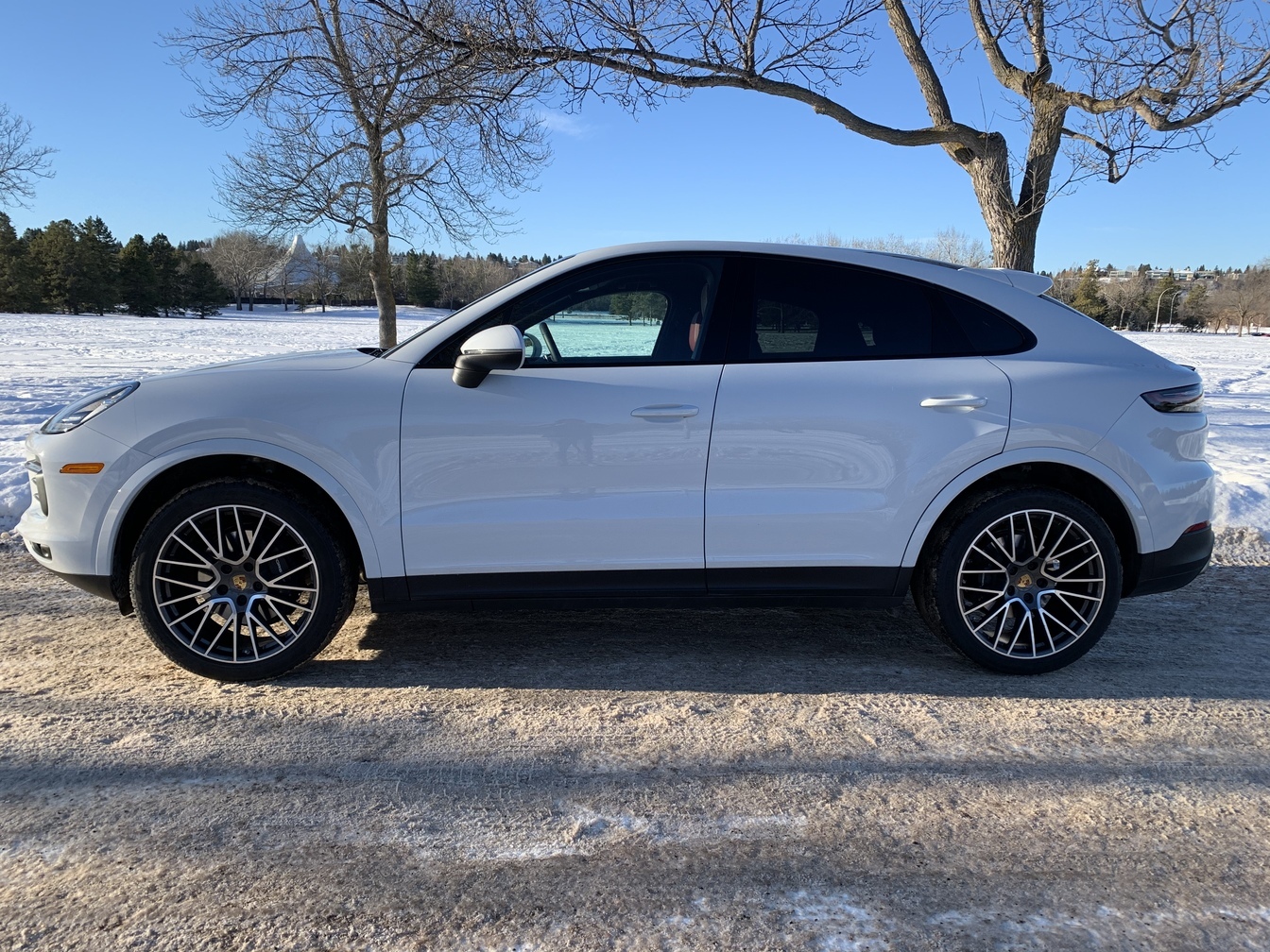