BMW has revealed the first details of its all-new, fourth-generation X5 mid-size crossover, which comes to Canada in November sporting an updated appearance, new technology and revised engines.

The changes include a new base model designation -- xDrive 40i -- to reflect the use of a new 3.0L six-cylinder engine that makes 335 hp and 330 lb-ft of torque, increases of 35 and 30 respectively over the motor that powered last year's xDrive 35i variant.

Step up to the xDrive 50i and you get a name that is carried over but a 4.4L turbo V8 that BMW says has been "fundamentally upgraded from crankcase to engine management." Its 456 hp is seven more than last year, while torque remains the same at 479 lb-ft.

Other mechanical updates include newly available two-axle air suspension and an optional off-road package that brings a locking rear differential and underbody protection.

Inside, there's BMW's live cockpit professional setup, which puts a 12.3-inch display atop the centre stack and another of the same size in front of the driver. The central screen can be operated by touch or an iDrive controller with new haptic functionality.

The driver's display pushes the speedo and tach out to the sides to make room for a large screen that can show navigation information. 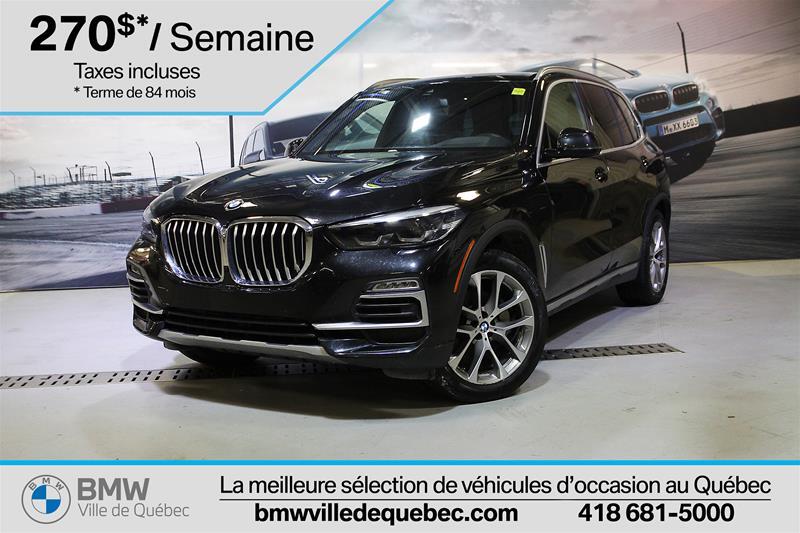 Options will include the driving assistant professional package, which will bring a traffic jam assist function that allows "extended hands-off time" for the driver. Also available will be a lane keeping assistant with active side impact collision protection and an evasion aid that detects when the driver steers to avoid a pedestrian and amplifies the driver's inputs to help move the car into an adjacent lane.

There's nothing surprising about the new car's shape, but the sheetmetal sports sharper edges, and new headlights and a larger twin-kidney grille make for a more aggressive coming-for-you look. Don't tell BMW, but we think the new tail lights make the rear end look a bit more like a Kia Sorento than the Bavarians would care to admit.

The 2019 BMW X5 will arrive in Canadian showrooms in November, with pricing and details of standard features to be announced closer to that time.