Canada and Formula One Canada and Formula One

The day young Lance Stroll earned his first two points in Formula 1, Montreal was hot and blustery. Wind whipped sand into the eyes of the spectators, and the sun blistered their skin. If you stood beneath the high bleachers at the circumference of Turn 2 – Virage Senna – you would see a constant rain of crushed beer cans being kicked underneath the seats.

Crowds cheered, and skin was bared, and the sweat got in your eyes. Lewis Hamilton teared up over a yellow helmet. Patrick Stewart drank champagne out of a shoe. It was a hell of a circus. At 50 years old, the Canadian Grand Prix is a vibrant, sweaty, heaving, lovable mess.

As the country prepares to celebrate the milestone of 150 years since Confederation, it’s worth looking back at our contributions to the highest echelon of motorsport, Formula 1. Montreal is the current epicentre, and young master Stroll is our only (somewhat distant) hope. However, t’was not always thus.

Actually, you’re 56 and from Ontario

The Canadian Grand Prix, like many middle-aged people, is fibbing about its age. Yes, the race officially joined the F1 calendar in 1967, but it had been part of the Canadian Sports Car Championship since 1961. It also wasn’t originally based in Montreal, but at Mosport Park.

Mosport, pronounced “Mo-sport,” is the second-oldest dedicated racing venue in the country, and seems a worthy place for the best drivers in the world to duke it out. Indeed, the fast, rolling course continues to be a favourite for many hot-shoes, and many names that would echo through the ages drove there: Jack Brabham, Graham Hill, Bruce McLaren.

In 1967, Canada took her place on the world stage with the Expo ’67 in Montreal. The Canadian GP was held in August of that same year, in between the events at the Nürburgring and Monza, with Kiwi drivers Jack Brabham and Denny Hulme coming first and second. Hulme would eventually go on to win the race. 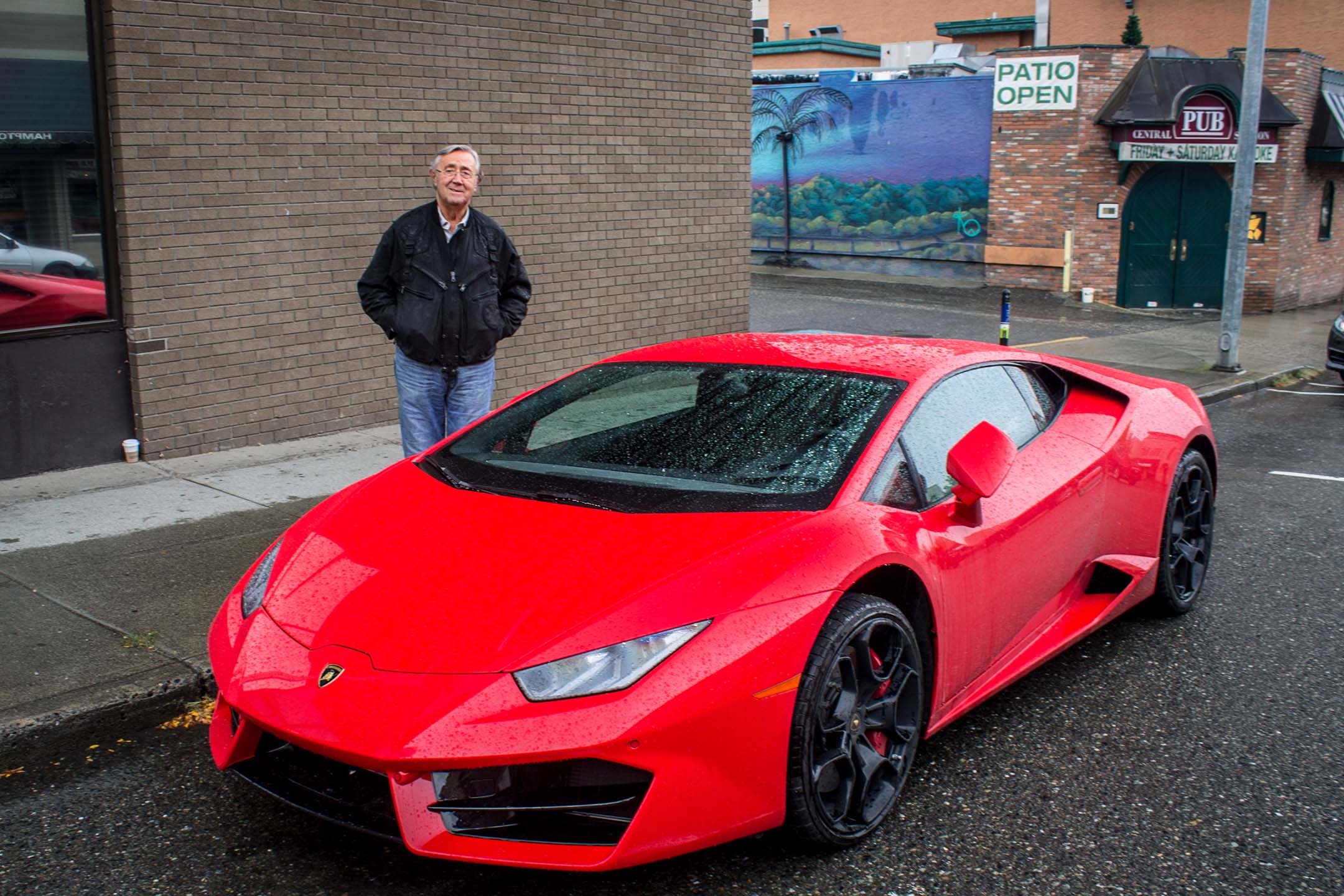 However, the new jewel in Canada’s racing crown was also something of a hot potato where politics were concerned. To ensure good relations between French- and English-speaking parts of Canada, it was decided that the race would be held on alternating years at the Mont Tremblant circuit. The ’68 race was particularly thrilling, with epic battles between Graham Hill and Dan Gurney. However, whether due to the circuit itself or just bad luck, there was a very high mechanical attrition rate.

The ping-ponging between Mosport and Mont Tremblant continued for another two years, before Mosport became the permanent home for the race. However, a couple of large crashes in 1977 exposed Mosport’s flaws: at F1 speeds, the track surface was too uneven, and there wasn’t enough runoff in places. In fact, the track was so bumpy, British racer Ian Ashley’s car was thrown off when cresting a rise, and crashed into a television tower. Ashley survived, but when German driver Jochen Mass also crashed out, flattening a guardrail, the message was clear. Drivers loved Mosport, the safety marshals did not.

Starting in 1978, the race was moved to the Circuit Île Notre-Dame, built on the artificial island in the St. Lawrence Sea Way. However, before we move on to the current home of Canadian F1, the winner of the last race at Mosport deserves some consideration.

The Canadian lone wolf of motorsport

South African racer Jody Scheckter won the 1977 Canadian Grand Prix, stepping atop the podium for the third and final time that season. Things had started hopefully early in the year, with a win in the gruelling heat of Argentina against superstars like Mario Andretti, and reigning champion James Hunt. The win wasn’t just a victory for future champion Scheckter, but for Canada as well.

Emblazoned proudly on the side of Scheckter’s Wolf WR1, the red and white of the Canadian flag shone brightly. The team, Walter Wolf Racing, was helmed by the eponymous self-made millionaire Walter Wolf, who was ever forthright about his love for his adopted country. “Canada,” he once told me, “is, I think, the best country in the world.”

Certainly she had been good to Wolf, who emigrated from Slovenia with nothing, and built a massive empire in oil exploration. A sometimes shadowy figure, he lived a scarcely believable life, keeping Lamborghini afloat through its darkest years, and exerting considerable influence behind the scenes in politics.

Wolf would regularly show up to European Formula 1 races in prototype Countaches specially hand-built for him by Lamborghini chief engineer Gian Paolo Dallara. In 1976, tired of being on the sidelines, he bought up parts of the Hesketh and Williams teams, and created his own team. They campaigned a single car, basically a Cosworth package, but they had success right out of the gate.

The pinnacle of the Formula 1 season is roundly considered to be the street circuit in Monaco. Passing is difficult on the narrow course, but the backdrop of the French Riviera is breathtaking. Some of the wealthiest people in the word live here, and for one weekend a year, the sport of kings visits their city. 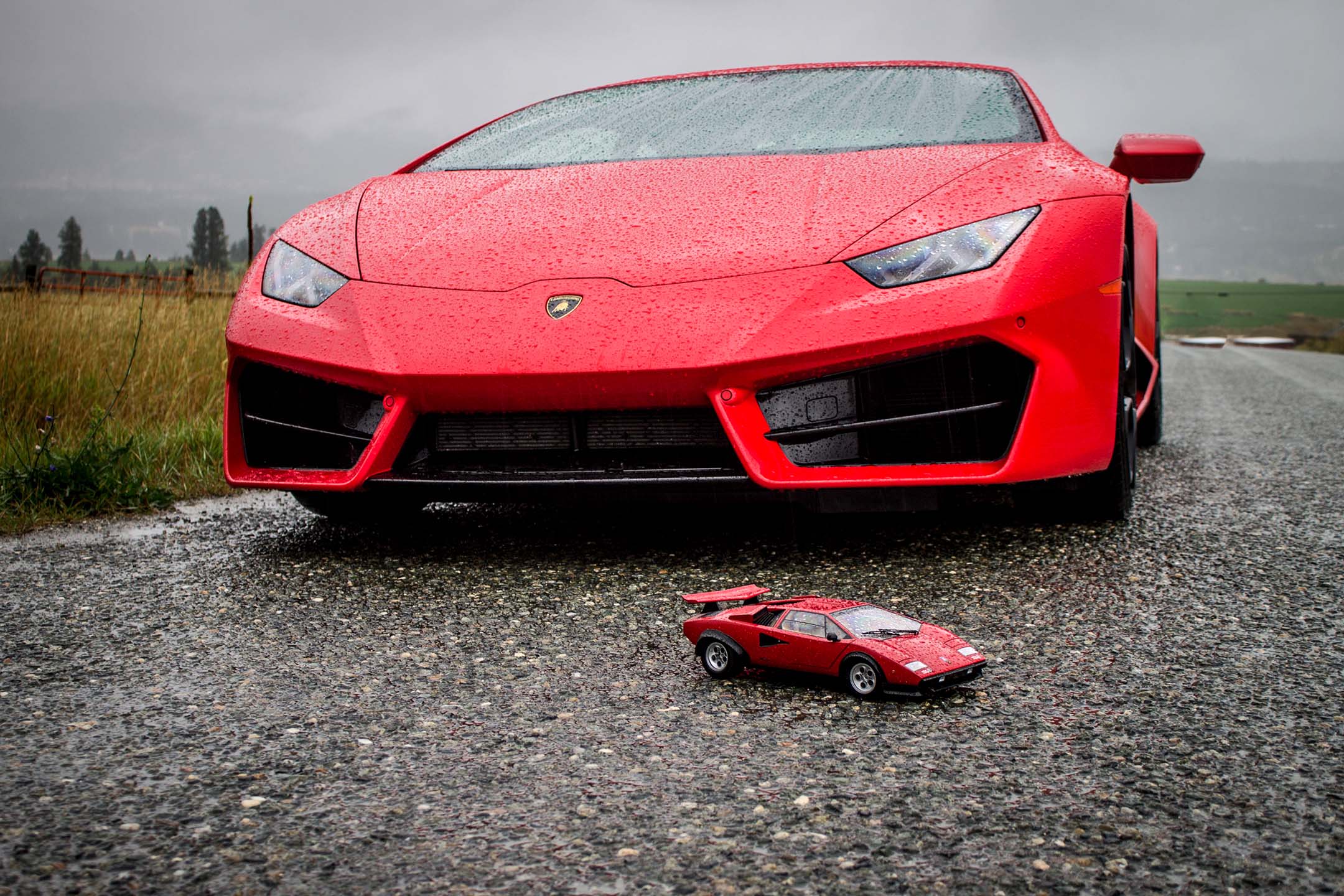 Scheckter started second, but took advantage of a quick start to jump to the lead. Soon, the heavily favoured Ferrari team of Niki Lauda and Carlos Reutemann were hot on his heels. However, luck held for the Wolf Racing Team, and soon the Maple Leaf flashed under the checkered flag in the Mediterranean sun.

Four mechanical failures over the next four races put an end to the dream, turning the story of Wolf Racing into a could-have-been story. Over the course of the season, Scheckter finished first three times, second twice, and third four times. His only finish off the podium was tenth in the last race of the season in Japan, at which point Niki Lauda had already clinched victory. Scheckter had to settle for second, despite leading early in the season.

The Wolf F1 cars are still regulars in vintage racing, and two competed in the Masters event before this year’s Montreal Formula 1. However, that is perhaps not Walter Wolf’s greatest legacy, as he claims to have introduced a young Quebecois to none other than Enzo Ferrari.

Painted on the finish line of the Montreal Circuit is the simple message, “Salut Gilles”. Canada’s perhaps greatest racing driver died tragically in 1982 in a crash while qualifying for the Belgian Grand Prix. To honour him, the race course was renamed Circuit Gilles Villeneuve.

It was a fitting name for the course, as the joyous, wild Villeneuve had won the very first race on the course in 1978. It was the first win of his F1 career, and began his legendary status as one of the best drivers to climb into a Ferrari. The following year, he came second in the overall drivers’ championship, a stunning result.

While the overall championship never emerged, Villeneuve's legacy was fulfilled by his son Jacques. The only Canadian driver to ever win the F1 title, Jacques Villeneuve successfully drove his Renault-Williams racing machine to outright victory seven times, enduring some terrific battles with the supernaturally skilled Michael Schumacher.

While his father’s legend casts a shadow over Jacques’ performance, what he achieved deserves its own share of praise (no, not the music album he later produced). At the Jerez circuit, in Spain, with Schumacher one point ahead in the standings, Villeneuve managed to shake off a collision with the unstoppable German and come out the overall champion.

The wall west of turn thirteen at Circuit Gilles Villeneuve has the tongue-in-cheek name The Wall of Champions. It was so named because no fewer than three world F1 champions crashed into it at the 1999 race: Villeneuve, Schumacher, and Damon Hill. There have been many others as well, with Sebastian Vettel getting it wrong in 2011.

It’s a reminder that at the peak of motorsport, even skill isn’t enough. You need patience, and experience, and more than a little luck. For rookie Lance Stroll, that luck hasn’t come, and more than a few have been outspoken about questioning his skill. It doesn’t help that Red Bull’s Max Verstappen, just one year Stroll’s senior, has been scoring points since he was only 17, and won last year’s Spanish Grand Prix outright.

Still, until another Canadian phenomenon steps from the shadows to stun the world the way Gilles did, we can only hope that Stroll’s steady performance at this year’s Montreal GP shows some promise for seasons to come. It’s been a long time since the Canadian anthem has played during the podium ceremony of a F1 race. However, at least we can guarantee we’ll hear it once a year, in Montreal.

Those racing laurels are something we can all be proud of.