Oil Change at a Mechanic

Oil Change at a Mechanic
https://www.autotrader.ca/ Welcome to stories of the mechanically declined! Every month, we highlight a story or situation that reinforces the need for drivers and shoppers to understand their vehicle, how to maintain it, how not to maintain it, and how it works.

This month’s story comes to us not from a technician, but from a reader, Colleen*. A few months after privately buying a new-to-her sedan from a family friend, she was treated to a nasty surprise at her local dealer.

Having bought the vehicle around Christmas, she visited her local dealer a few months later to deal with some warning lights, poor performance, and some unwelcome noises from the engine. 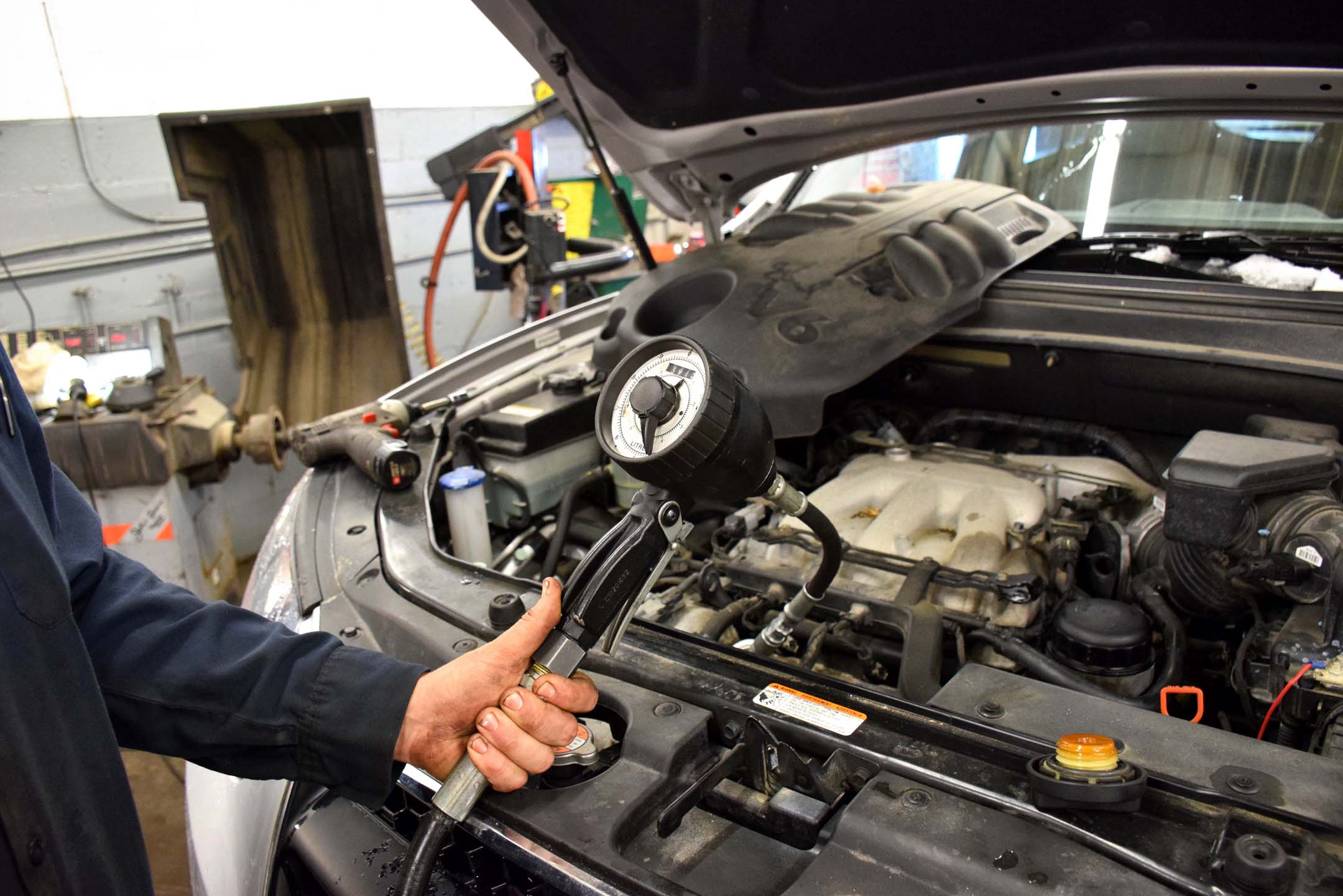 A few months after her purchase, Colleen determined that something wasn’t quite right with her car. “The engine sounded rough, for much of my daily commute to work. It sounded louder and rougher than normal, and the car wasn’t running properly, it had very little pick-up,” she recalls.

Shortly after, a check engine light appeared, along with an oil pressure warning light.

“I knew the oil light was a serious thing, so I checked with the owner’s manual, and then checked and topped up the oil,” she says. “The oil was down quite a bit, so I filled it. This made the oil light go off, but the check engine light stayed on, and the pick-up was still very bad. I made an appointment at the dealer that day,” she said.

A few days later, having topped up the engine oil but still suffering from a check engine light and poor performance, Colleen dropped her car off at the dealer for a check.

Her service advisor called a few hours later with some bad news.

Buckle up, because this gets a bit complicated.

First off, the vehicle in question had been run low on oil for an extended period, which explains the unwanted noises from the engine. Colleen was partly to blame here, having never checked the vehicle’s engine oil until the oil light came on, in the several months she had owned the vehicle.

But that was only part of the story. 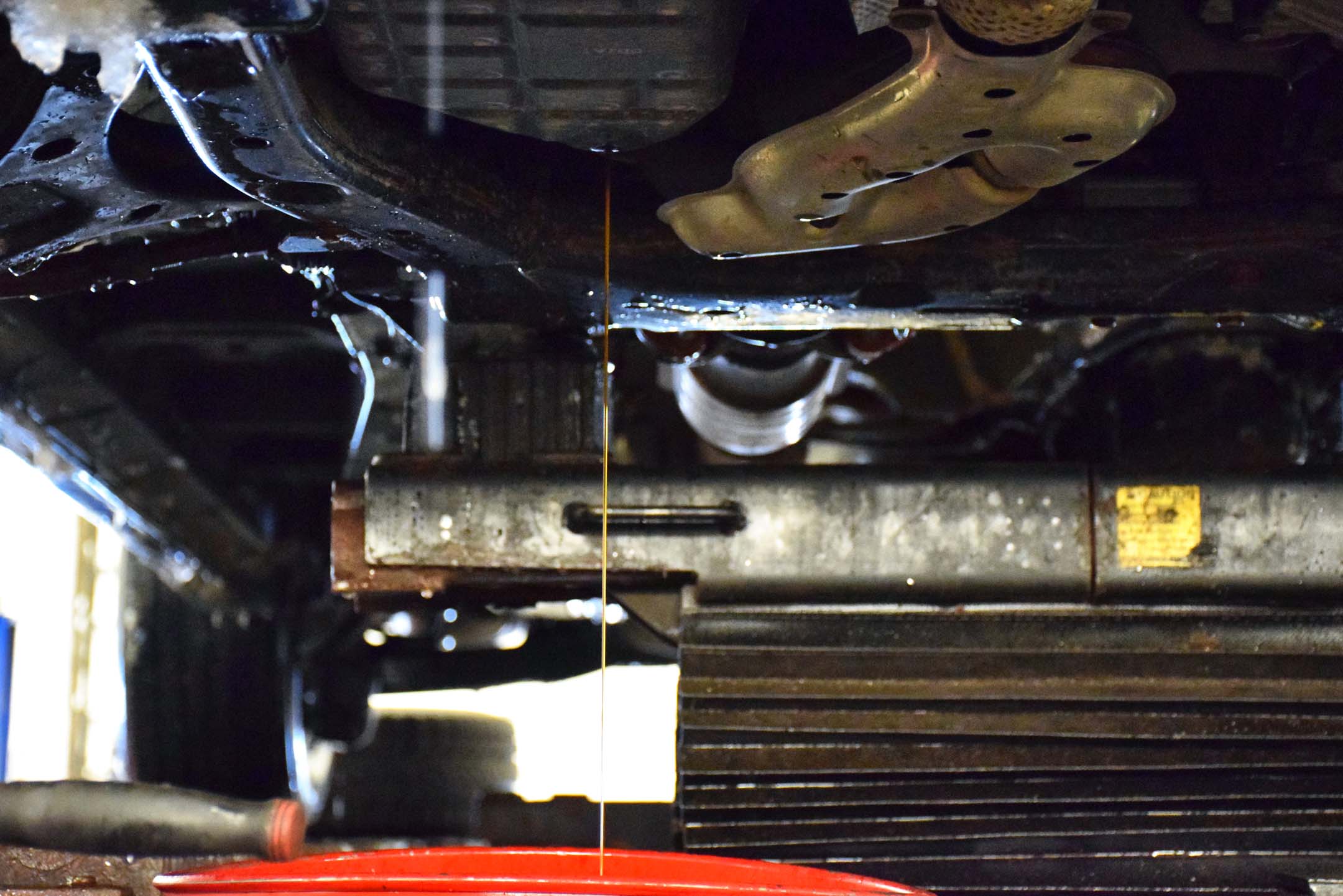 Many engines consume oil, typically in small but measurable amounts, between oil changes – meaning that over time, the amount of oil in the engine decreases, until the owner tops it up, or has an oil change, where a full supply of fresh oil is applied.

Thing is, this particular vehicle had missed several of its recent oil changes, meaning that the oil level continued to drop, and that the oil that remained had been badly broken down and contaminated, preventing it from doing its job properly.

This was the cause of the check engine light, which illuminated for a specific trouble code that references an issue with a part in the engine’s valve timing system. Said system relies on strong oil pressure and clean, fresh oil to do its job properly – and when the oil supply diminishes sufficiently, oil pressure drops, and that system can’t function as intended. As this is a serious problem that affects the operation of the engine, a check engine light is tripped, and a reduced-power limp mode is engaged, which helps protect the engine from damage. The engagement of limp mode explains Colleen’s perception of reduced engine power. 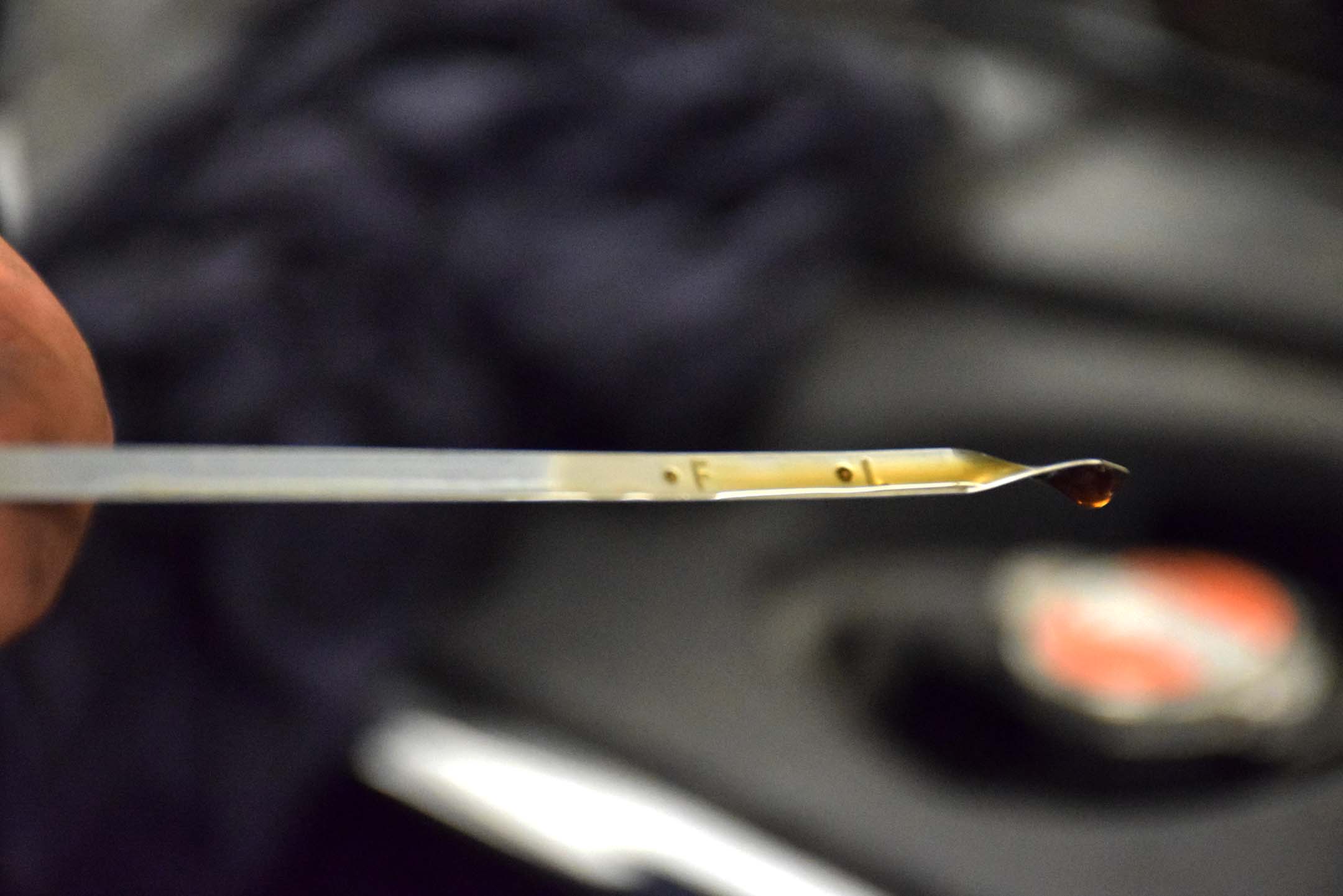 The underlying cause of all of the issues was a simple but nasty one. As it turns out, the seller of the vehicle wasn’t fond of on-time oil changes, and considered them to be optional.

The vehicle in question was equipped with an oil-life monitor system, which displays a message in the instrument cluster when it’s nearly time for an oil change. But, by time Colleen bought the car, the seller, presumably annoyed with the oil change message, had found out how to reset the oil change system – turning the oil change request off several times, without actually having an oil change.

The gist? Both Colleen and her vehicle thought the engine was full of full of fresh oil, but that wasn’t the case. It was later discovered that the seller had reset the oil life monitor system two or three times, thereby running a single oil change for about 22,000 kilometres or more, and never topping it up in between. In that period, a good portion of the engine oil was used up, meaning the engine was running extremely dirty oil, and not nearly enough of it. 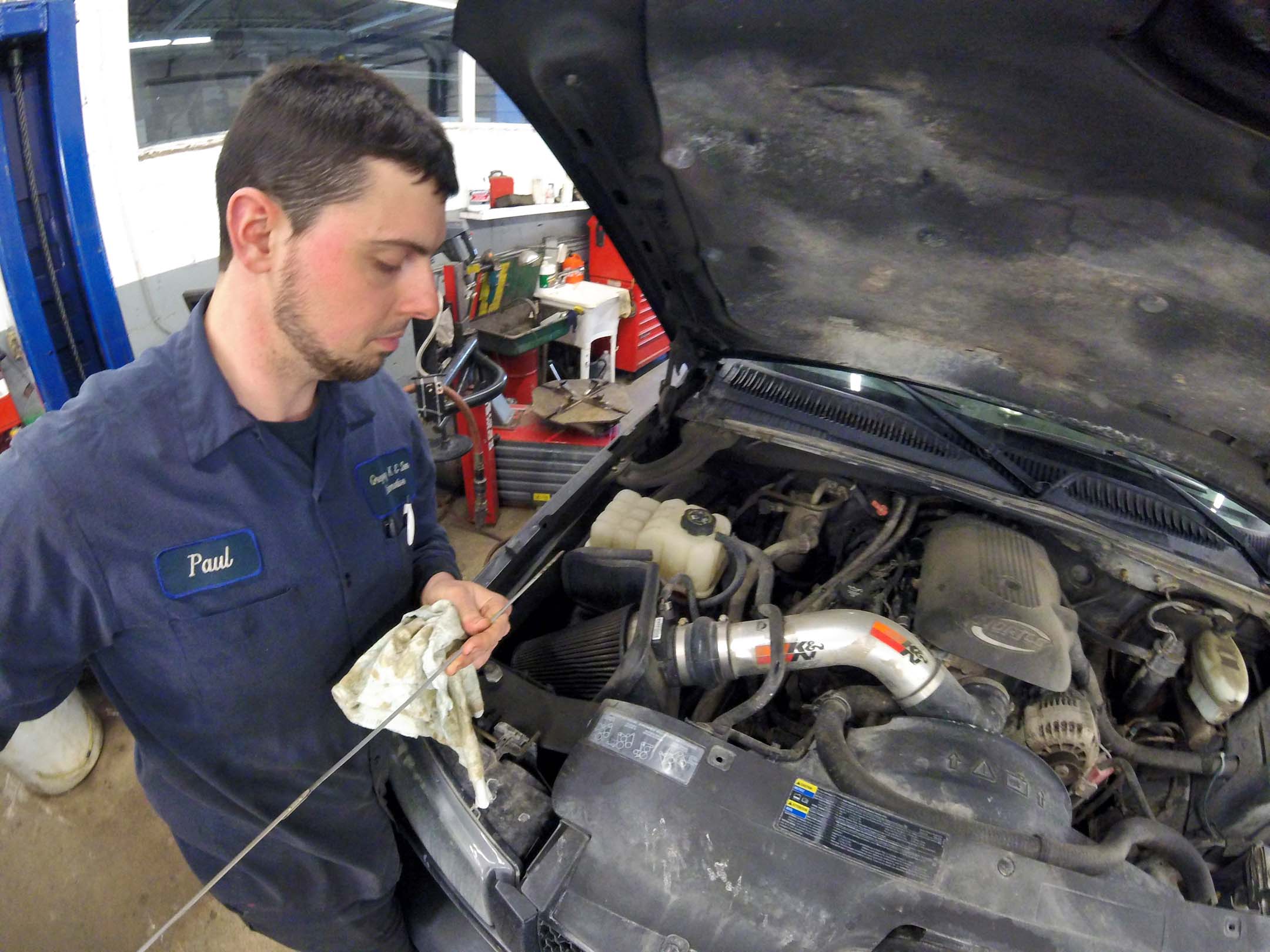 The dealer advised Colleen that an oil-driven actuator within the valve timing system would need to be replaced, having been damaged by operating overtime, thanks to sub-optimal oil pressure, before the oil light came on. Further, some gritty deposits left within the actuator as a result of the contaminated engine oil had caused some damage and wear to the highly precise internal components within.

The dealer informed Colleen that the part, or any engine damage, wouldn’t be covered by the powertrain warranty, because that warranty had now been voided due to the missed oil changes.

“I was furious,” Colleen says. “Part of the reason I bought this car was because it was still under warranty, or so I thought.”

Colleen said she bought the car from a family friend for a good deal, and later discovered that that friend had simply reset the oil life monitor to make the light go away. The friend said they intended to change the oil, and eventually, just forgot. 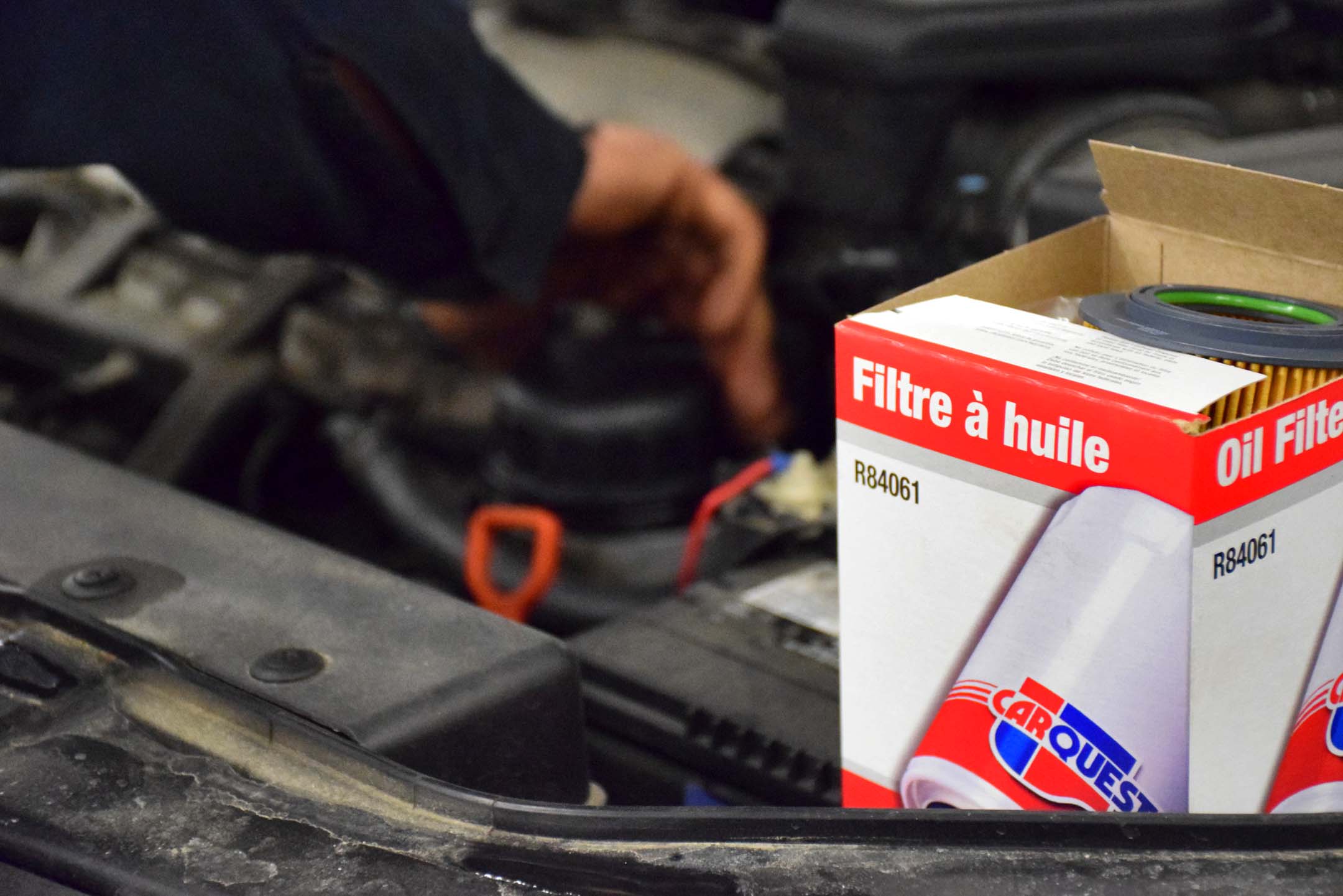 Ultimately, the dealer replaced the valve timing actuator at a cost of about $450, and flushed the engine oil twice, in quick succession, in hopes of cleaning out any damaging deposits left behind by the numerous missed oil changes. They also reset the oil life monitor system and stressed to Colleen the importance of following its instructions in the future.

When buying a used car, and especially one that’s still covered by powertrain warranty, be absolutely certain to get full service records, indicating that all oil changes are up to date and that none have been missed. Legitimate receipts from a service centre or dealer, for each and every oil change, will be required in case of a warranty repair like this one.

In Colleen’s case, no oil changes meant no receipts, and with engine damage and no proof that the vehicle’s oil changes were up to date, the warranty was nuked.

Though the vehicle’s warranty was voided, Colleen reports a somewhat positive outcome. “The engine runs fine now, and I haven’t had any more problems,” she says. “I even had my friend reimburse me for the cost of the repair, and they felt bad and gave me back some of the money I spent on the car.”