They're joined by fellow newcomers from Lincoln, Bentley and Maserati, along with a trio of returning winners from Honda, Lexus and Mazda.

Wards says the pool of 31 interiors eligible for consideration this year leaned heavily toward the luxury end of the marketplace, but in the end, the list included five models we would consider true luxury models, with the rest coming from mainstream brands.

The winners, in alphabetical order, are the Alfa Romeo Giulia; Bentley Bentayga; Buick LaCrosse; Honda CR-V; Lexus LC 500; Lincoln Continental; Maserati Levante; Mazda CX-9; Mini Countryman and the Subaru Impreza. As in past years, we're happy to see Wards include a range of vehicle types and prices: the price range in this year's list starts at $19,995 for the Impreza and tops out around $250,000 for the Bentayga. 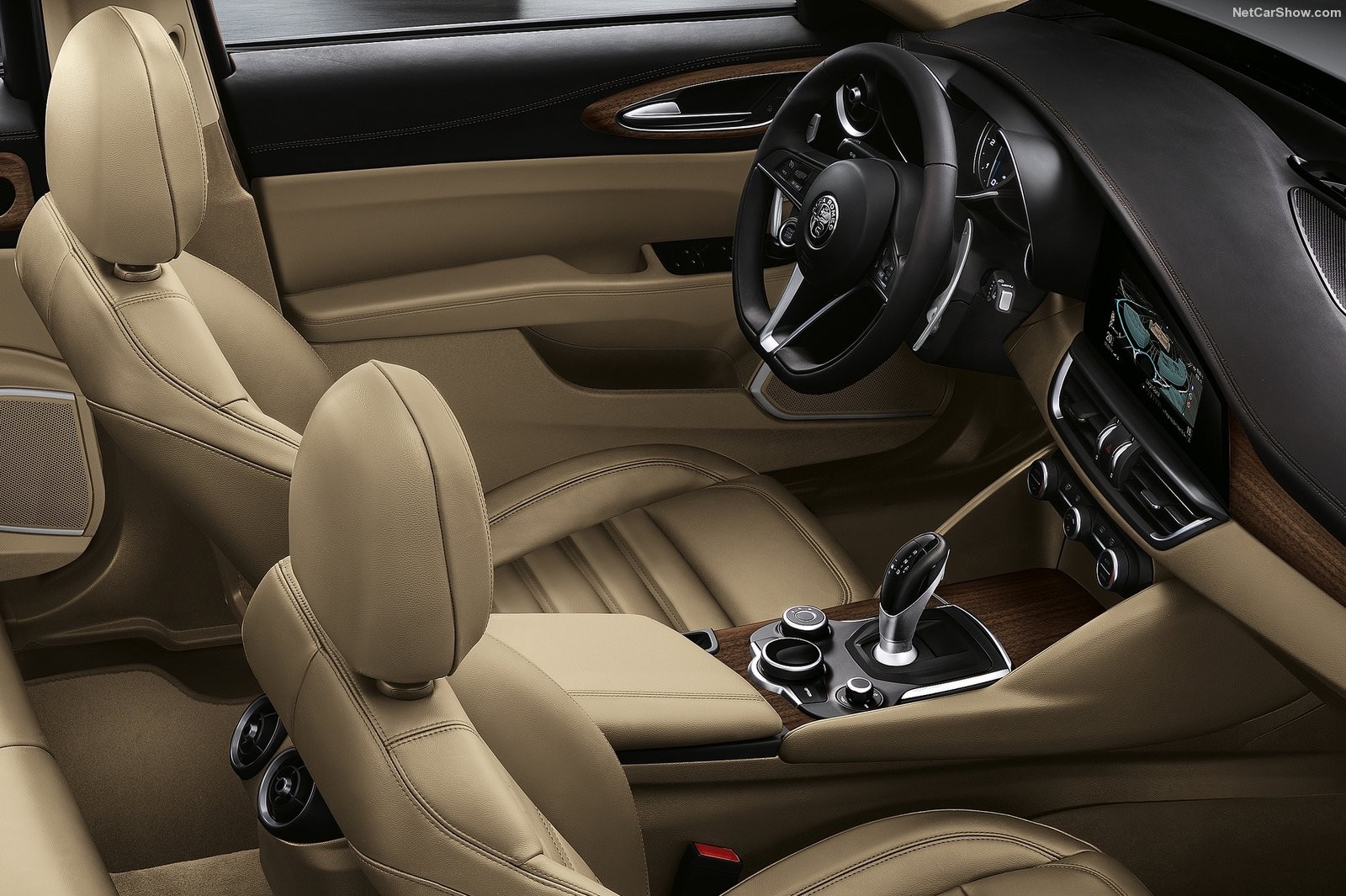 Wards says the 2017 Alfa Romeo Giulia "does its Italian heritage proud" with cues like an F1-inspired steering wheel, creamy leather seats and real walnut wood trim on the doors. Reviewers also liked the "expertly applied" metal accents and an infotainment screen that blends neatly into the rest of the dash. 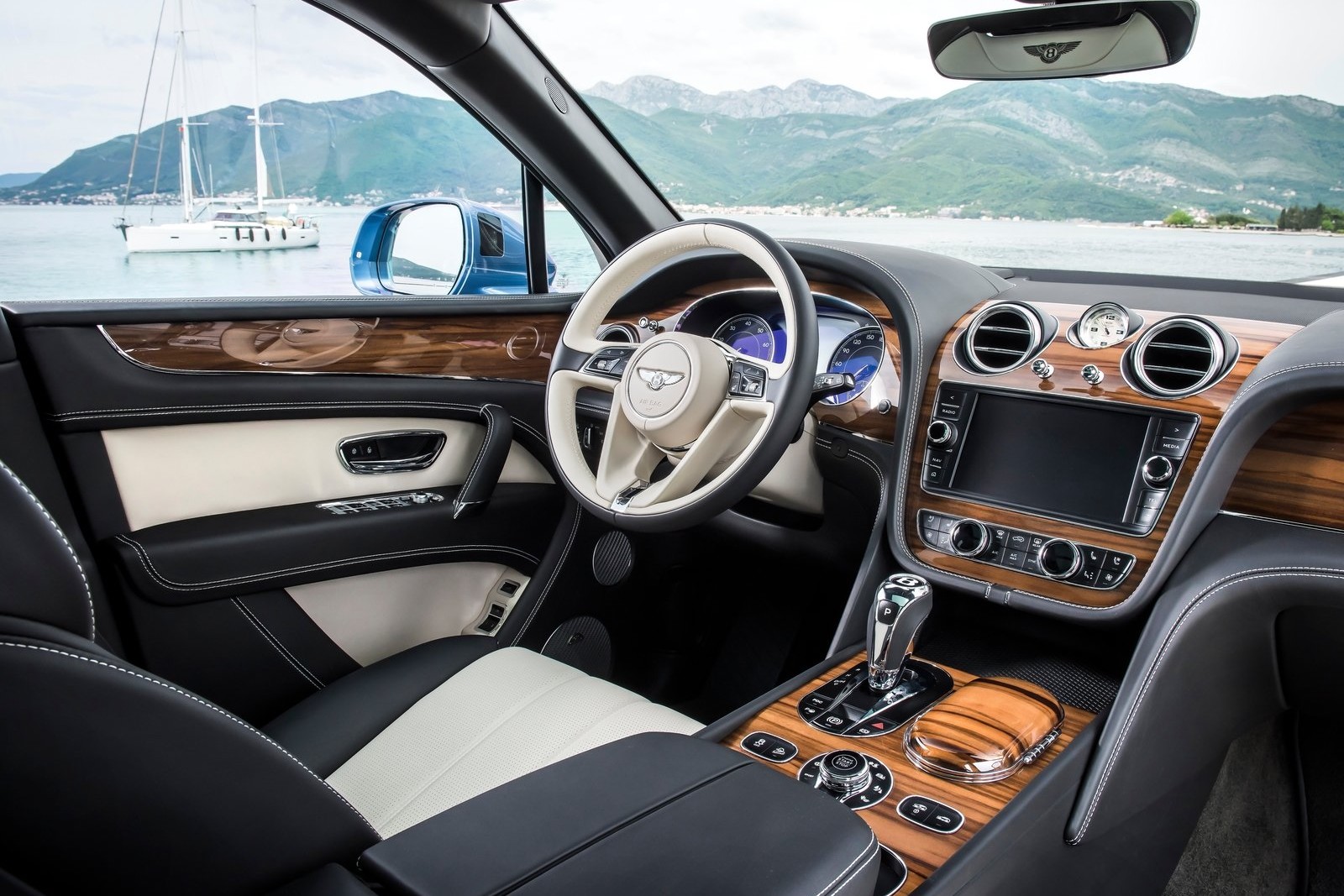 Wards called out the high-quality leather, sweet-sounding audio system and cosseting seats as contributing to the Bentayga's inclusion. The largely hand-built Bentayga also sports infotainment functionality for front and rear seat occupants, and there's a fold-out tailgate seat, naturally done up in leather to match the rest of this luxury SUV's interior. 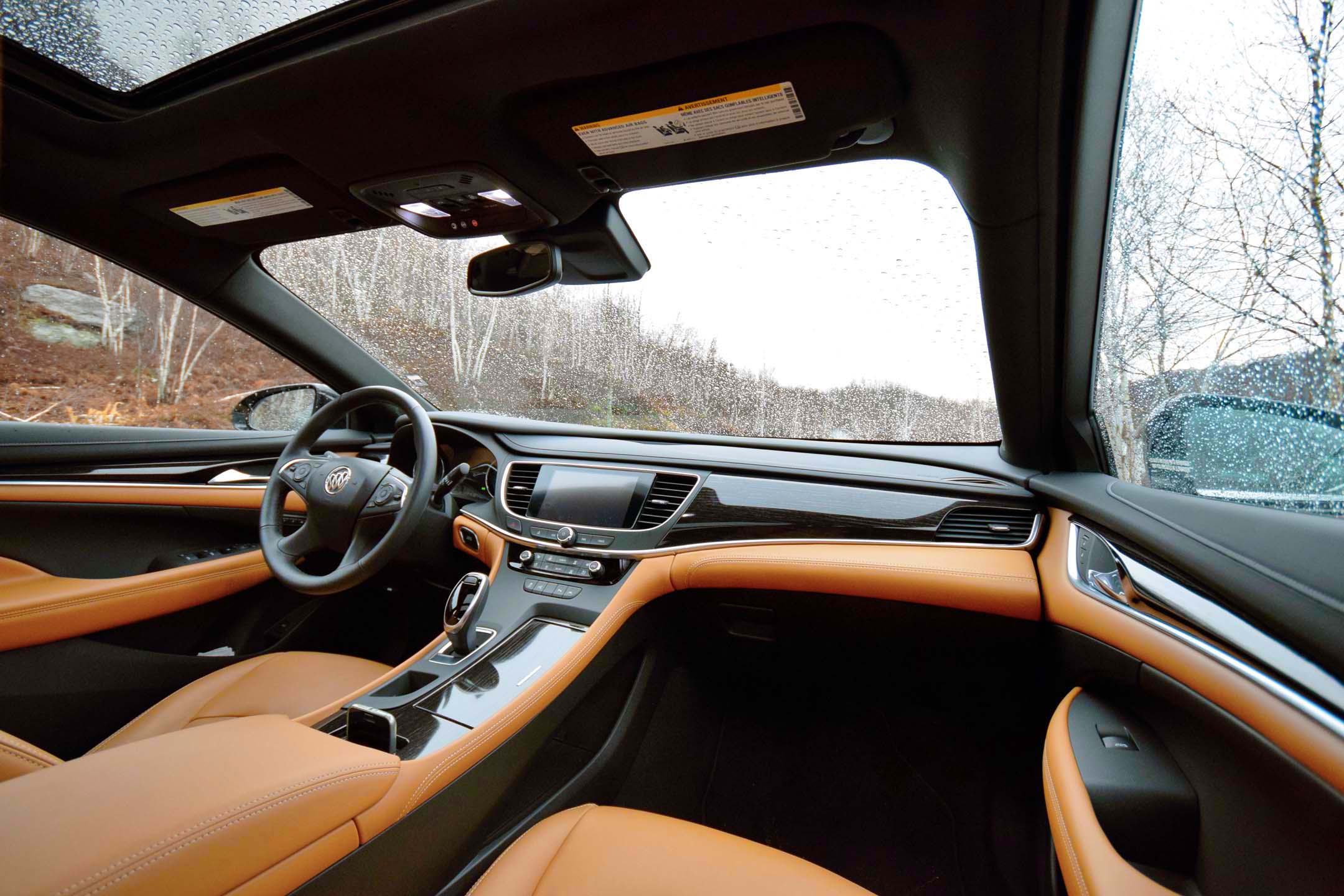 The 2017 Buick LaCrosse won points for a common-sense approach to upscale design, including fast smartphone pairing, massaging seats, roomy rear quarters and generous cabin storage. Wards says the overall effect is one of a soothing and contemporary environment replete with thoughtful touches like rear seatbelts that don't interfere with the folding seatbacks and textured rubber liners in storage cubbies. 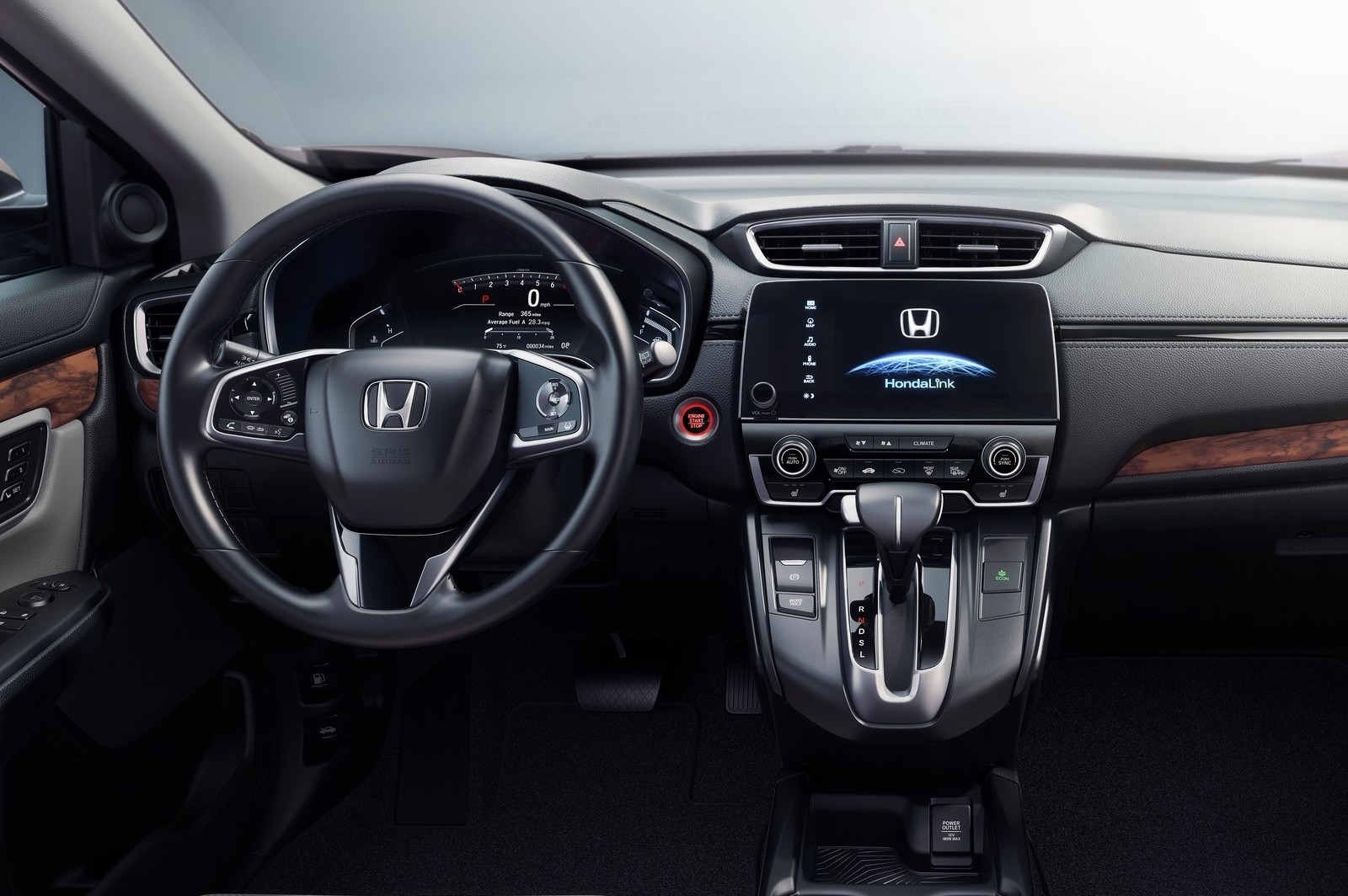 Toward the more affordable end of the list we find the 2017 Honda CR-V, praised for an upscale feel in a sensibly-priced vehicle owing to slick door and dash trim, user-friendly touchscreen (no doubt the recently reintroduced volume knob helped) and little things like a plethora of USB charging ports. 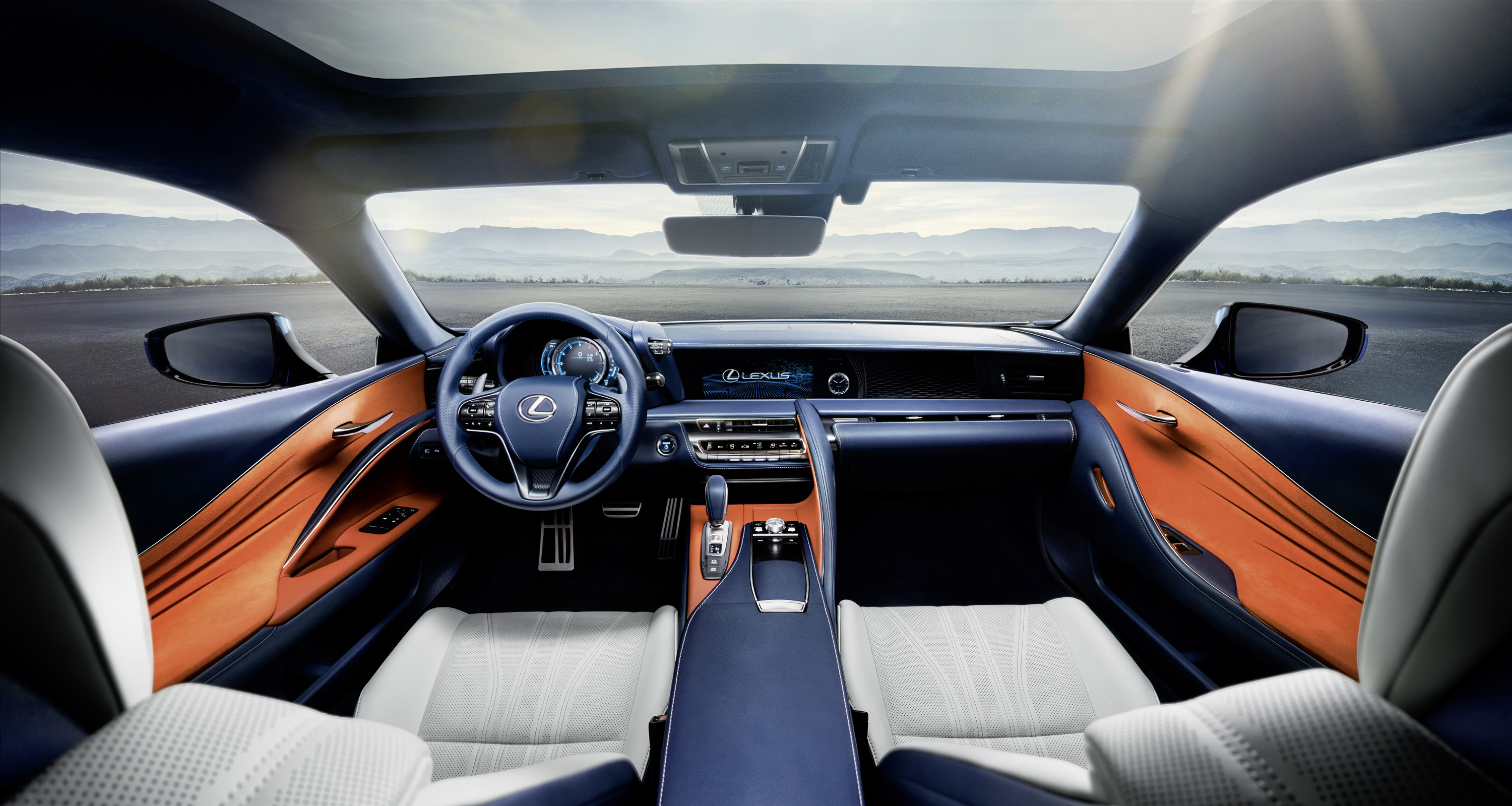 Lexus' earned its appearance here with an interior Wards says looks good even when done up in a boring beige colour scheme, thanks to the LC 500's high-shoulder seats, Alcantara headliner and "dramatic" door trim. Wards says this is the kind of "breathtaking" interior it "always knew Lexus was capable of." 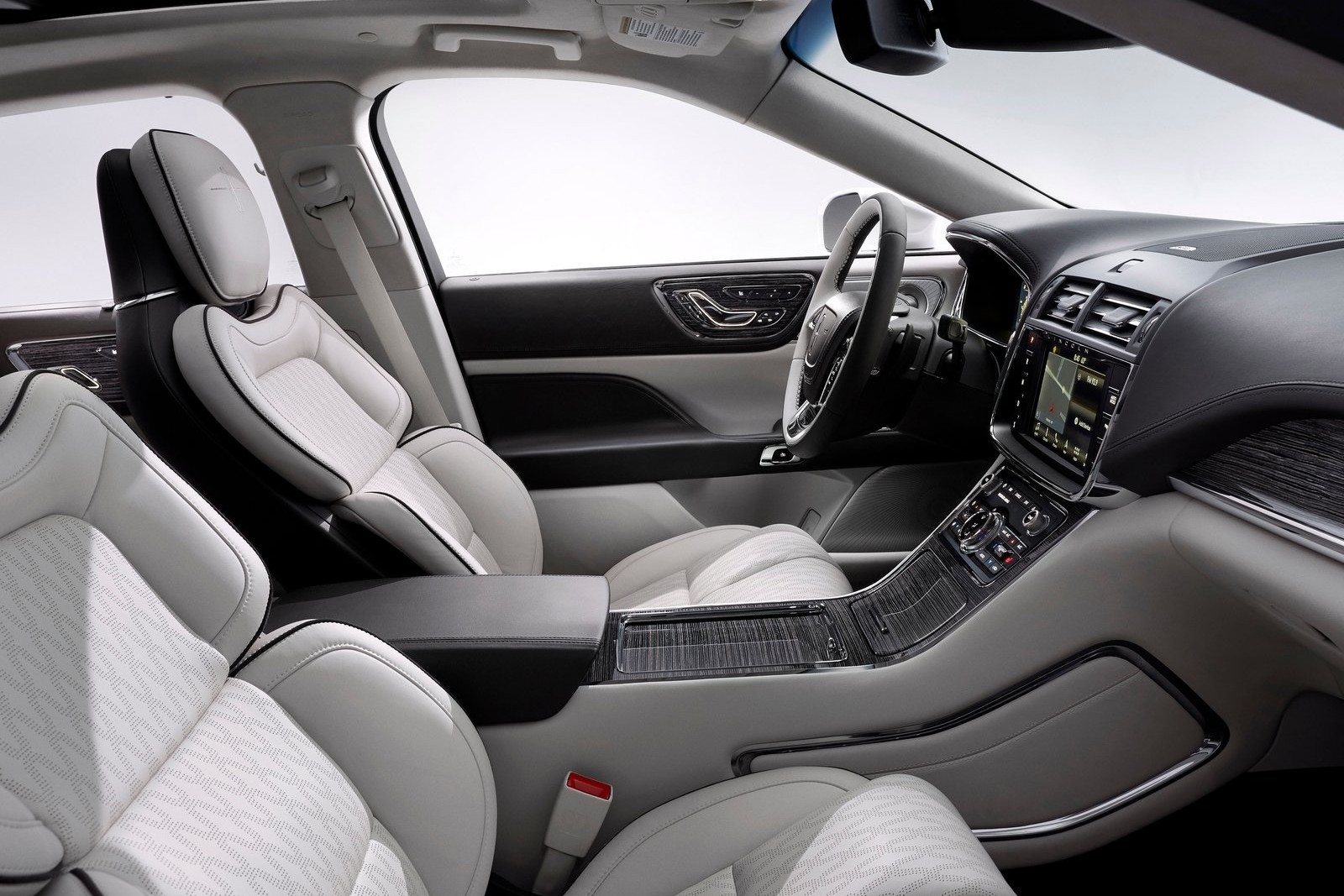 This Ford-owned luxury brand has been struggling lately to get back on the luxury car map, but Wards suggests the 2017 Lincoln Continental's posh interior will help, with its ambient lighting, supple leather and cavernous rear seat. Wards suggests the Conti's high-quality interior is helped along by the brand's attention to detail during the assembly process, not to mention a long list of other upscale touches. 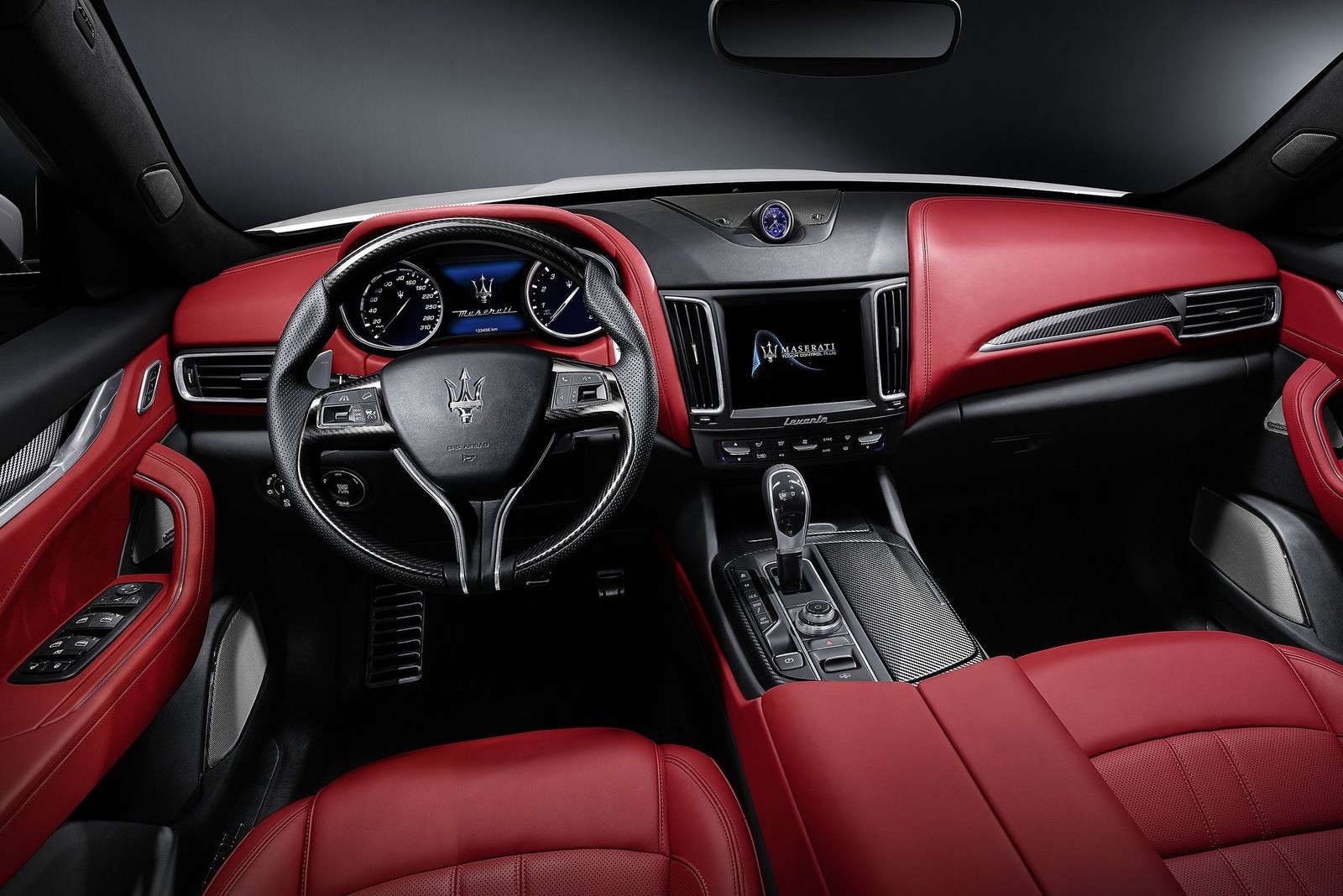 The list's other high-end SUV, the Maserati Levante, won over Wards' judges with a driver-centric interior design conceived to let the pilot make the most of the car's twin-turbo V6 while enjoying an available 900-watt(!) stereo. But that's not all there is to this Italian: it also blends premium leather with expensive-looking stitching and Ebano wood trim, and silk fabric Wards praised for feeling as durable as denim. 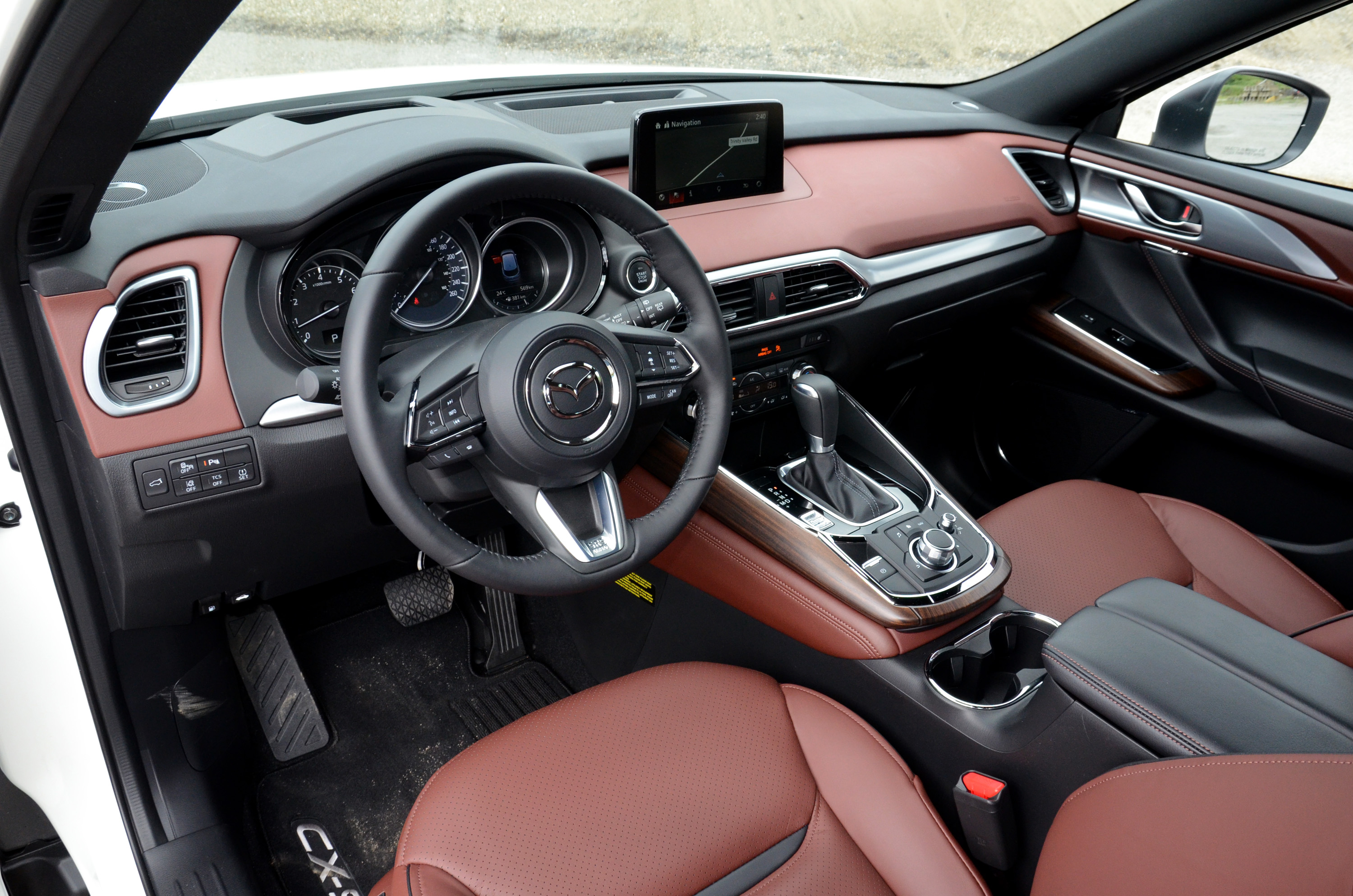 In the 2017 Mazda CX-9, Wards liked the comfortable third row, real wood and aluminum trim and intuitive infotainment controller, which uses one of a number of textured knobs that earned ergonomic praise. This is Mazda's largest vehicle, and it proves that family transportation doesn't have to be all about utilitarian design. 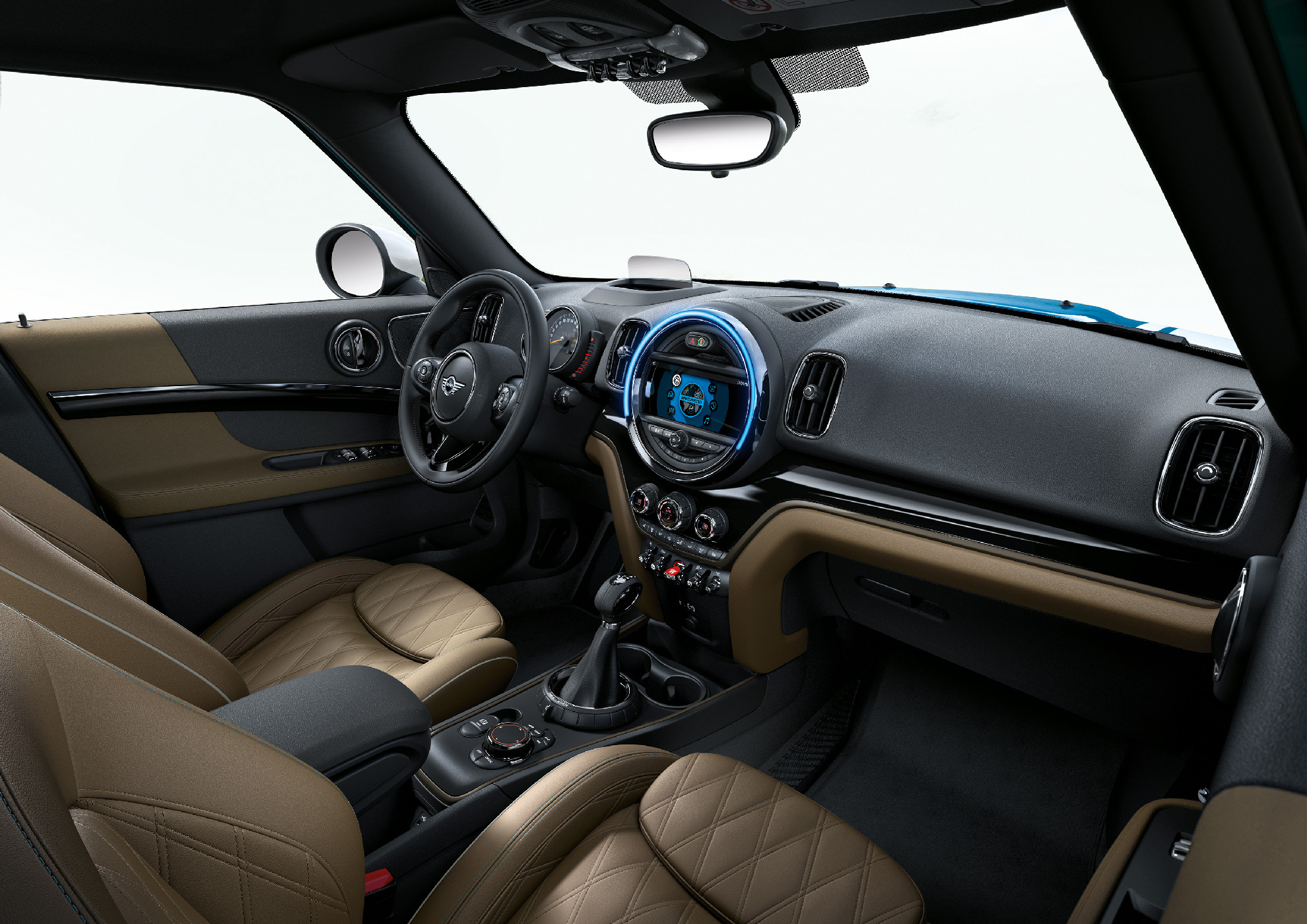 Mini has long either charmed or infuriated reviewers and shoppers alike with its quirky interiors, but the 2017 Mini Countryman crossover marks the brand's first appearance on Wards interiors list for holding on to some of that charm in a spacious vehicle that incorporates a number of everyday practical features, like the folding rear seat mechanism and a sturdy package tray over the cargo area. 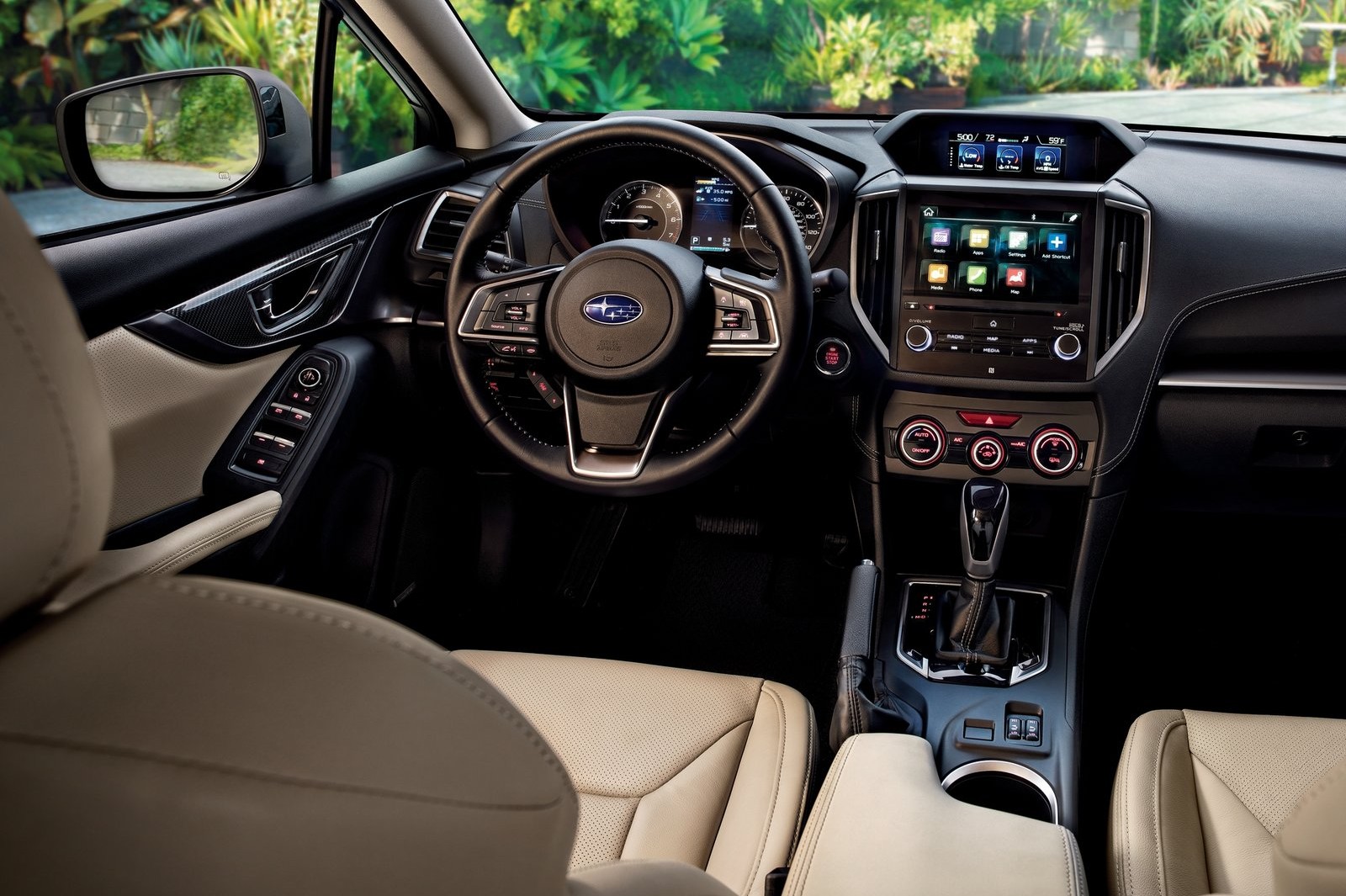 Wards notes the irony that this Japanese brand's first appearance on its 10 Best Interiors list comes courtesy of its least expensive model, the 2017 Subaru Impreza. Wards heralds the car's new, crisp infotainment display, a dash wearing contrast stitching and metallic trim, well-bolstered seats and good-looking simulated carbon fibre trim on the doors. Significantly, Wards says this is the most improved interior it has seen since the current Honda Civic debuted last year.