Toyota has published the first images of, and preliminary information about, a high-performance Yaris subcompact set to be revealed in March at the Geneva Motor Show.

The car will be previewed, in a sense, on January 19, when Toyota's latest Yaris WRC begins its assault on Rallye Monte Carlo in southern France. While that car will use a 1.6L turbocharged engine, UK car mag AutoCar thinks a 1.5L turbo mill is more likely in a production hi-po model. Toyota has already confirmed the sportiest Yaris road car will have front-wheel drive and "an engine producing more than 210 hp," placing the company's hottest hatch in the thick of a sport subcompact field currently populated by the Ford Fiesta ST, Mini Cooper S/JCW and Hyundai Veloster Turbo, all of which are front-drivers with (give or take) 200 hp turbo motors.

Geneva's show car will also be a taste of a mid-cycle update that will bring cosmetic changes and "technical modifications" Toyota says will improve overall comfort and handling in the regular-grade Yaris. 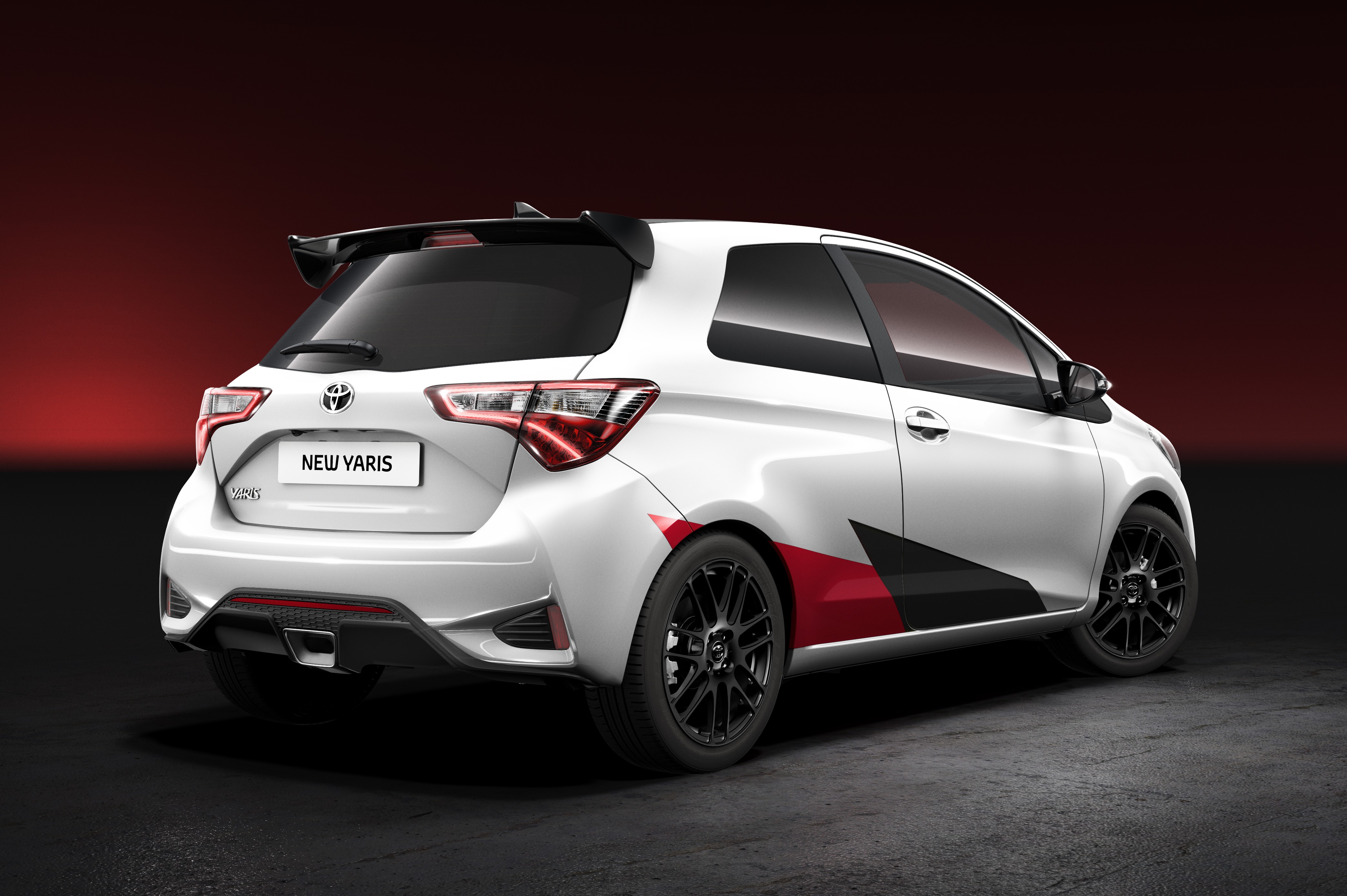 As far as we can tell, a 210-plus horsepower turbo four would be more closely related to the rally car's engine than anything in Toyota's current global lineup; we'd guess the production powerplant would be a modified version of the 1.5L, 106-hp motor used in the current Yaris hatch. If you didn't already know, the Yaris sedan is a completely different machine based around Mazda mechanicals.

AutoCar guesses the hot Yaris will be called Gazoo after the company's racing division, but we think that label unlikely in North America.

The obvious question is whether Toyota will bring this yahoo Yaris to Canada or if it will end up forbidden fruit for hot hatch enthusiasts in North America; Toyota Canada says it doesn't "have anything to announce about future Yaris vehicles."