Great Reasons to use a Trickle Charger (and One Reason Not To!) Great Reasons to use a Trickle Charger (and One Reason Not To!)

I’m a huge advocate of using a battery trickle-charger, or battery tender, when you won’t be driving your vehicle for extended periods of time – and especially if that vehicle is a newer one, packed with fancy electronics that get fussy if the battery powering them isn’t in tip-top shape.

Many readers have been in touch with questions and comments about trickle charger use, based on my frequent recommendation that you use one in my regular used car review columns.

So, readers, here’s a bit more information about why your investment in a sub-$50 trickle charger or battery tender is a good idea, a look at some great reasons to use one, and a look at one great reason not to.

You Battery Could Last Longer

Hook up that trickle charger to your ride’s battery, consistently, when you won’t be driving it for a few days or more, and you could be extending the life of your battery in the process. Two reasons why. First, if your ride sits for days on end and only gets driven briefly, the battery will have trouble achieving a full charge, which can reduce its life and cause problems. Second? Many trickle chargers have a conditioning function that helps optimize the condition of your battery. Once your battery has had its fill of yummy electrons, this function can maintain its charge at an ideal level for longevity. Remember: the longer your battery lasts, the more money you’ll save.

You Won’t Have to Reprogram Stuff

In more and more new cars, owner’s manuals are advising shoppers that replacing a battery is a “dealer only” endeavor. Does the dealer want your money for a new battery? Sure – but this provision also ensures that a trained technician, not a backyard mechanic, is at the helm of the battery replacement procedure. These days, in newer vehicles, this is increasingly important: as disconnecting a battery isn’t just disconnecting a battery.

In numerous applications, improper replacement of the battery can wipe out the programming of certain vehicle systems – which will require (expensive) reprogramming, and often, a tow to the dealer (also pricey), as the vehicle may not start.

The gist? Whether from a disconnected battery, or a dead battery, you could be in for a serious migraine if your vehicle systems lose power. So, keep that trickle charger hooked up, and your battery topped off, to prevent issues and save hard-earned cash. After all, if your newer car battery goes bunk, boosting it may be the least of your problems.

You Won’t have to Remove Your Battery

Got a summer-only or seasonal car? Do you usually remove its battery and store it inside somewhere? With a battery trickle charger, you won’t need to. Just connect the leads to the battery posts, and walk away. Your battery will be topped off and conditioned all winter, and you’ll save time and effort by leaving it in your car where it belongs. She’ll fire up like a champ for that first springtime drive, too.

You Won’t be Late for Things

Let’s not forget one of the worst things about dead batteries – the failure of your ride’s engine to fire up. This makes you late to supper, your yoga class, an important meeting at work, or for a deadline to pick up your offspring at the movies. The 30 seconds it takes to hook up a trickle charger virtually eliminates the likelihood of a dead battery, both right after you unplug it, and for days later, too.

How NOT to use a Trickle Charger 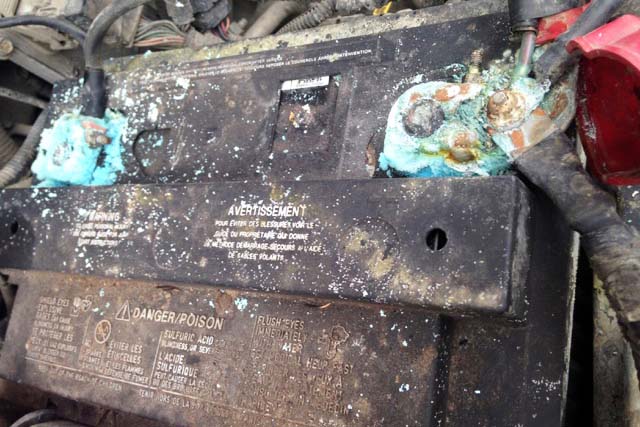 Your writer learned this one the hard way, the other day. I store my summer car in the garage over the winter, after hooking up my $30 el-cheapo trickle charger. Except, this year I didn’t.

Laziness and procrastination flowed into the holidays, and I put off hooking the thing up for about a month. By this point, my battery was completely dead when I got around to moving the car in the garage. After it failed to start, I figured, I’d leave the trickle charger hooked up a few days, to bring the battery back up to charge. Sounds legit, right?