Nissan’s “Godzilla” GT-R has long been the brand’s performance-infused mission statement. Yet the all-wheel drive, supercar-baiting turbo monster is now a six-figure sports car in Canada, its starting price pushing $180k in its top NISMO trim. That’s an aggressively pricey sum for any car brandishing a mainstream brand logo.

But Nissan Canada has come up with a unique way to allow some of the GT-R performance halo to shine a bit brighter on, ironically, Nissan’s least expensive model, the Micra sub-compact hatchback: the Nissan Micra Cup spec-racing series.

The Nissan Micra, starting at $9,988, is the lowest-priced car in Canada, and yet it’s also the building block upon which Nissan builds the lowest-priced showroom-stock factory racer. Nissan calls it the least-expensive new race-car in Canada, starting at $22,900 after all necessary safety and handling upgrades. With eight races in total, 2016 marks the series’ second year of identically prepared (in theory) showroom-stock racing. The series runs largely in the province of Quebec, with three race weekends in Ontario added for this year.

It’s all part of a multi-pronged sports marketing effort by Nissan, both in Canada as well as globally. Nissan Canada uses the Micra Cup as its sports marketing focus in central Canada, while its CFL sponsorship lines up with its trucks and SUVs in much of western Canada. 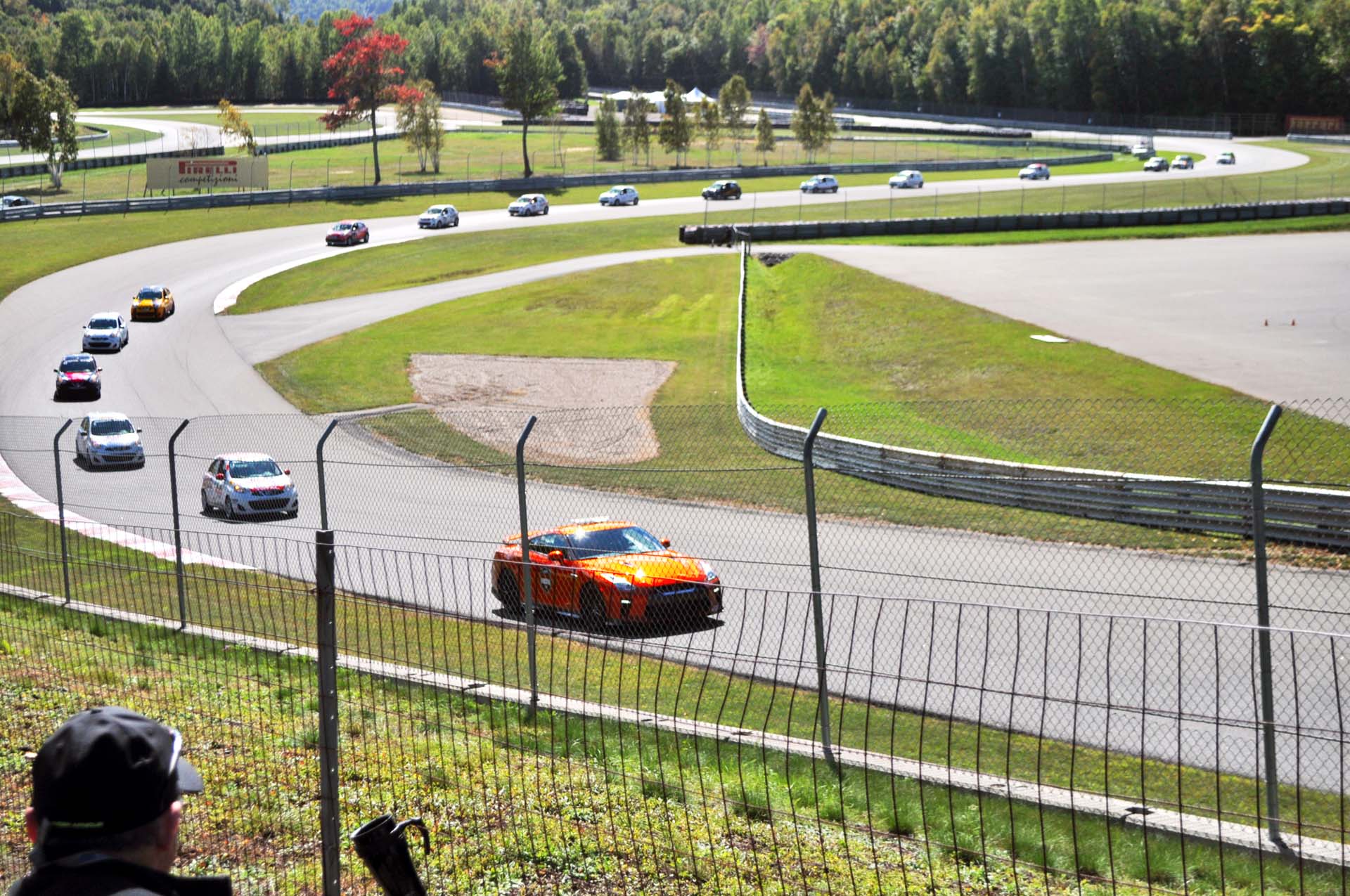 Globally, Nissan is a very visible supporter of high-level soccer by way of the UEFA Champions League, a season-long tournament that brings the best teams from across Europe together for continental bragging rights – and where most of the stars of the World Cup play in between major international tournaments.

At an interview at the last race weekend of the Micra Cup season in Mont-Tremblant, Quebec, Nissan Canada president Joni Paiva said that it’s difficult to quantify the direct impact of the Micra Cup series on Micra sales, but that’s not why the company does it, regardless.

“One of the great things about the Micra Cup is it highlights not only the Micra, but it shows too that performance is not only about the GT-R with us,” said Paiva. “We have performance right from the beginning of our lineup, all the way up to a six-figure GT-R, and all the crossovers you’d want in between.”

Roughly 80 percent of Micra sales are generated in Ontario and Quebec, and with the series started by well-known Quebec auto journalist Jacques Deshaies, there has always been a media-friendly ethos to the series. Two Nissan Canada race cars were reserved by the company to compete on race weekends in media “test drives”, including a unique husband-versus-wife on-track showdown by our own Jacob Black. 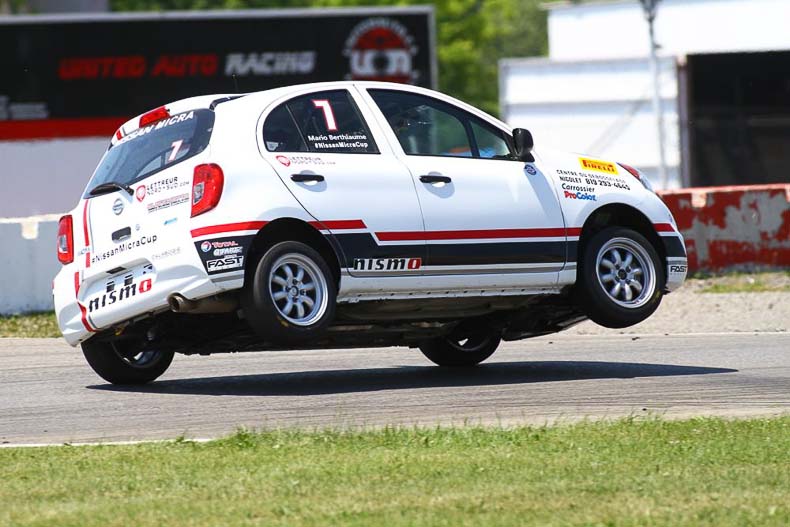 The sight of a swarm of track-position-hungry Micras buzzing directly behind the Nissan GT-R pace car until it pulls off to let them loose sends a powerful message, even if their stock 109 hp engines may be anything but compared to most track machines. Still, their close door-handle-to-door-handle (and occasional bodywork-bashing) battles reinforce the fact that outright speed and pace may not be the outright goal for Nissan with this series.

“It’s one of the best examples of quality and durability out there now, for two years running, and that’s a big driver for buyers of these cars. But they still need to be emotional,” said Paiva.

Days before Nissan unveiled the all-new next-generation Micra at the Paris Motor Show, series-leading drivers and teammates Olivier Bédard and Xavier Coupal went into the last race of the season tied in points for the overall championship – eventually won by Coupal of the Albi Nissan team over 2015 champion Bédard.

And not only did Albi Nissan showcase the dealership group’s dominance in the series that weekend, it also announced that it would set up a Nissan and Infiniti dealer in the small but upscale resort town of Mont-Tremblant. A significant move, because it will be the first dealership in the town of less than 10,000 residents that’s not a Ford, GM or FCA dealer. 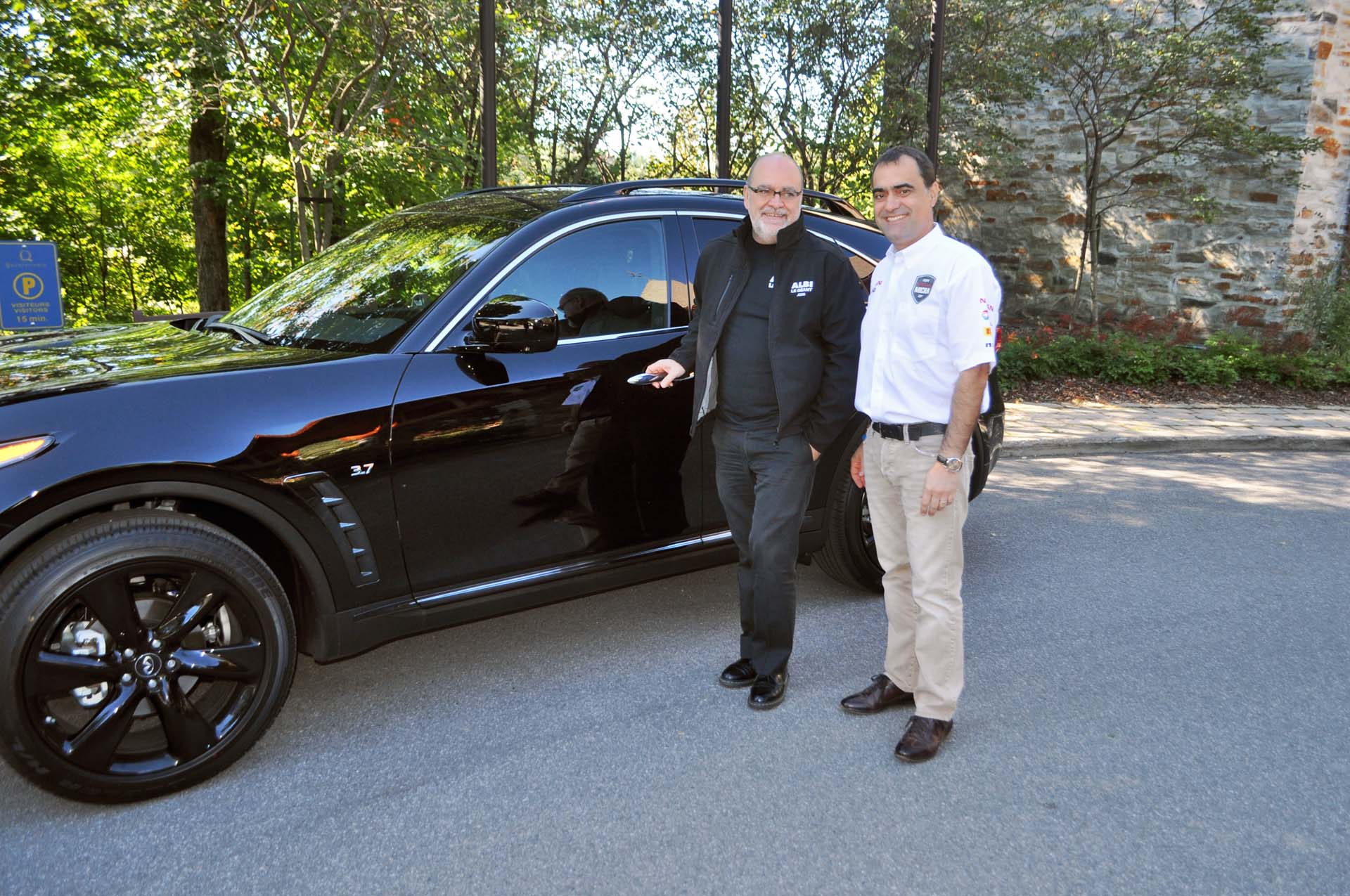 “Here in Mont-Tremblant, there were only Detroit-based dealers,” said Albi president Denis Leclerc, who plans to open nearby but separate Nissan and Infiniti dealers in the charming Alpine-village-like town. “You’re fully covered on pickups, but today’s small cars weren’t really there.”

Granted, manufacturers using sports to align their vehicles with high-performance athletes and quality is nothing new, both in Canada and around the world. Domestically, Honda sponsored the inaugural World Cup of Hockey, the playoff-repeating Toronto Blue Jays, along with an ongoing sponsorship of the NHL and its All-Star Game.

Kia has sponsorship deals with the NBA, and LeBron James personally, the suddenly playoff-dominant Toronto FC, the Australian Open and the Tour de Portugal bike race, a lesser-known but still popular cousin to the more famous bicycle endurance race in France.

Just this week, Nissan announced a marketing deal with well-known European soccer stars Gareth Bale and Sergio Agüero to appear in their next line of UEFA Champions League-linked ads. But perhaps Nissan's most high profile ambassador has been the world’s fastest man, Usain Bolt, who has been their “global director of excitement” since 2012. The Jamaica sprinter received a special 'Bolt Yellow' GT-R from Nissan when he dominated at his second Olympic games in London, while the company produced a special video in honour of his 30th birthday for the seven-time Olympic gold medallist.

So while the limited volume GT-R may be relevant to only a tiny sliver of Canadian consumers overall, that halo of performance emanating from it's quad exhausts is part of a global effort to associate not only the Micra but all its vehicles with an enthusiastic high performance marketing glow.