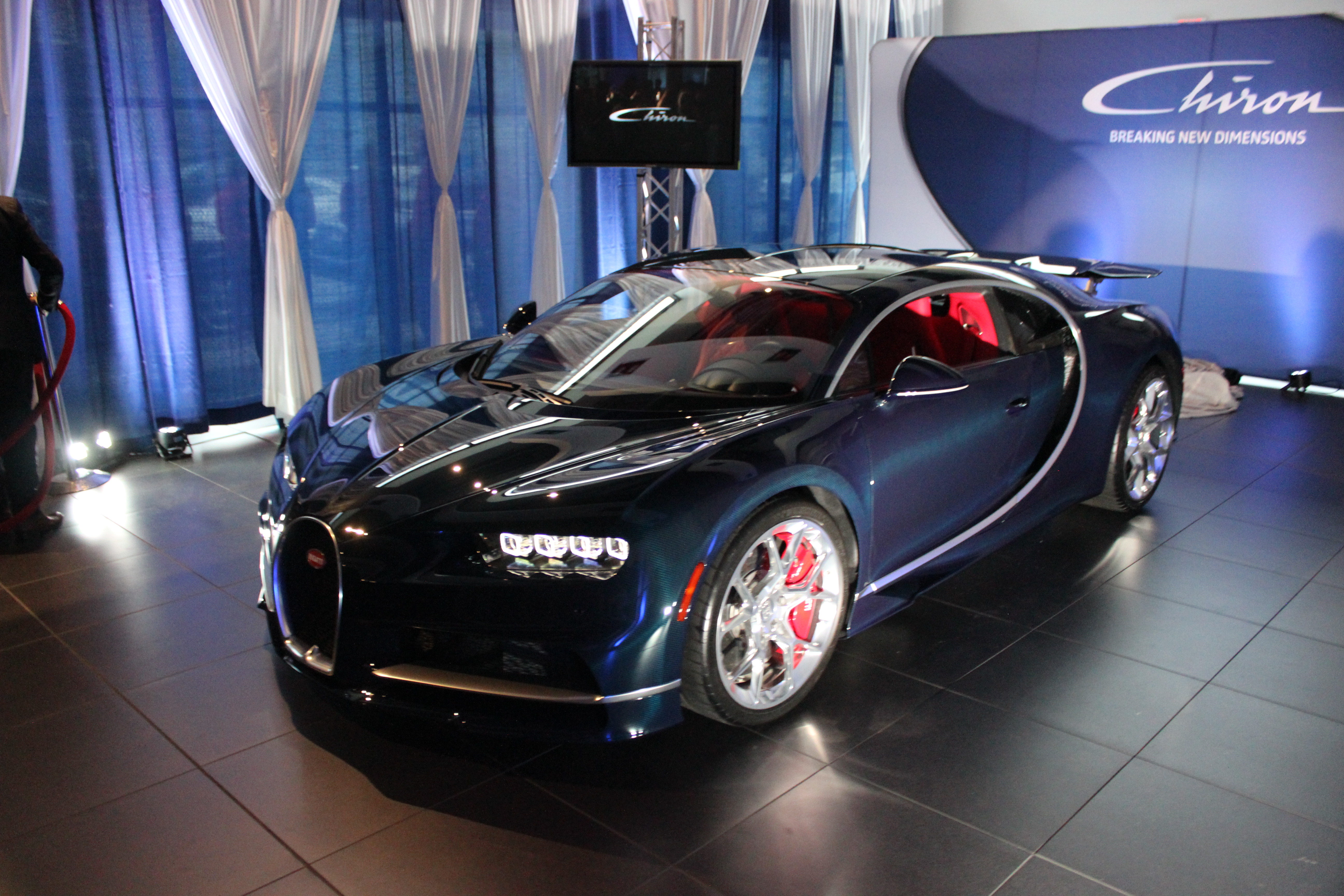 Is it ironic that it was a rainy, wet September day when the Bugatti Chiron, the brand's latest world-beating hypercar, landed on Canadian soil? After all, this here’s a car that’s more likely to be soaking up the rays (as opposed to soaking in the rain) in Monaco, blasting through the desert outside Dubai or acting as a centerpiece to a luxury owner’s car collection.

Thing is, there’s an area in Vancouver that acts like a mini version of supercar row along Huntington Beach, just outside of Los Angeles, CA. Lamborghini, Lotus, McLaren, Bentley, Aston Martin, Ferrari, Maserati, BMW, Lexus – you can find storefronts for all these brands and more in a two block radius just outside of Vancouver’s popular Kitsilano neighbourhood. Walk down an alley on any given day here, and it’s not uncommon to encounter a G63 over here, a pair of colour-matched Lamborghini Aventador LP750-4 SVs over there – one coupe, one roadster -- and a LaFerrari by that wall.

Speaking of Lamborghini: in Vancouver, the official Lambo dealer falls under a dealer group called Weissach, which started out as an importer of old Porsche parts. Now, it sells entire old Porsches, new Lamborghinis and will be an official Canadian importer of the Chiron.

Which is why we were standing – a small handful of media, execs and prospective owners and their friends – bathed in fancy lighting and surrounded by champagne, ballerinas, a grand piano player and Lamborghini’s entire 2016 line-up for the Canadian debut of the Chiron.

It came to Vancouver by way of Monterrey, CA – it’s the exact same car seen at The Quail at Pebble Beach last month.

It looks good in photos, to be sure, but nothing quite replaces experiencing something “in the metal.”

Actually, with the Chiron, that should be “in the carbon,” as that’s what makes up the majority of its structure. Sure, the front and rear fascias feature elements crafted from a single block of aluminum and there are aluminum front and rear sub-frames for better crash protection, but there’s no denying the massive amounts of carbon present in the body. Even though it was finished in a pleasing shade of almost aqua blue, the carbon weave was there for all to see. 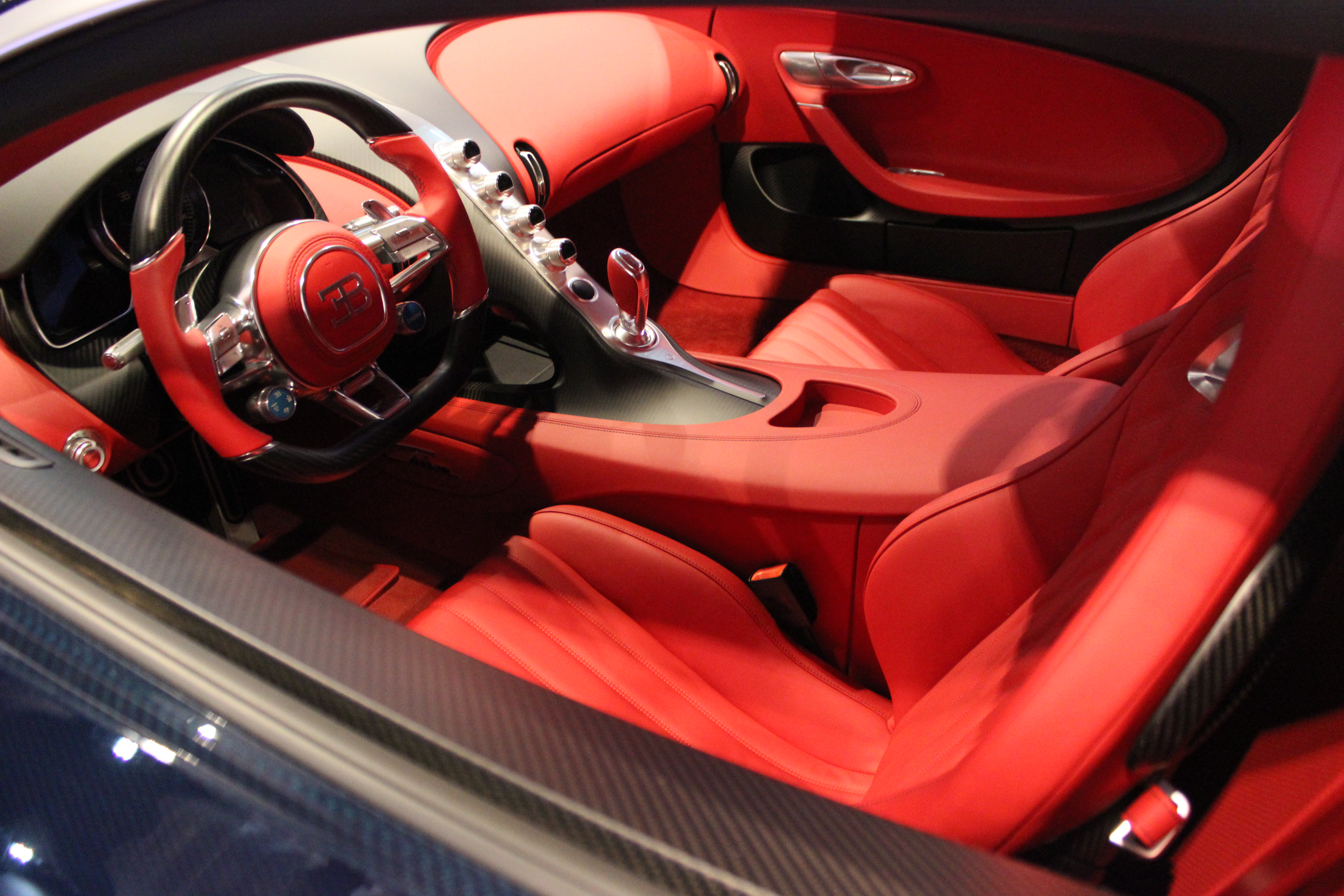 While the footprint is near-as-makes-no-difference as the 16/4 Veyron it’s replacing, the Chiron has a more cab-rearward profile and a lower roofline thanks to the engine cooling ducts having been moved from the rear deck to the sides ahead of the rear fenders. There’s one on either side, enough to jam thousands of gallons of air towards the engine. Indeed, when you’ve got 16 cylinders and four turbos, cooling is paramount.

They are confident, however: “We are going to set the world speed record very soon,” said Maurizio Parlato, COO of Bugatti North America, who was on-hand at the event. The proof, as they say, is in the pudding; the speedometer – the only analogue gauge in the otherwise all-digital instrument cluster – does go all the way to the 500 km/h mark. Parlato says they hope to hit 270 mph over two passes – required for any speed record to qualify – when they take the car to VW’s Essen proving grounds later this year.

So for now, all we can do is admire the details. The signature crescent door openings, for example, that are reflected between the two seats and are made to recall similar details on the Type 57S Atlantic. Or the aluminum switchgear. Or the supple diamond-print leather… such detail, and a nod to the Chiron being a work of art as much as anything.