Giorgetto Giugiaro’s name is synonymous with automotive design greatness. But don’t try to tell him he’s an artist.

He was raised by artists – painters, to be precise – and that, in combination with spending his youth in the northern Piedmont region of Italy, the home of such marques as Fiat and Lancia, created the perfect storm in which to cultivate the passion that became his career.

But even as he turns to a sketch pad and began scratching out illustrations to demonstrate his view on decades of evolution in automotive design, he balks at the suggestion that he might have a Sistine Chapel, a single work by which his brilliance may one day be remembered.

“I have always been doing a work,” he says. “If you go to my house, you won’t find one picture or painting of a car. You will find art. I’ve done boxes, basically.”

And what boxes they have been. Giugiaro has been responsible for such iconic designs as the original Maserati Ghibli, the Lotus Esprit, the BMW M1, and the DeLorean. But he views the importance of his work more through the means than through the end product.

“What I always did is I gave importance to the project, not to the car itself,” he says. “That has always been my passion. It’s the creativity in the project, something that may change the rules of how the car could be. That’s what I tried to do.” 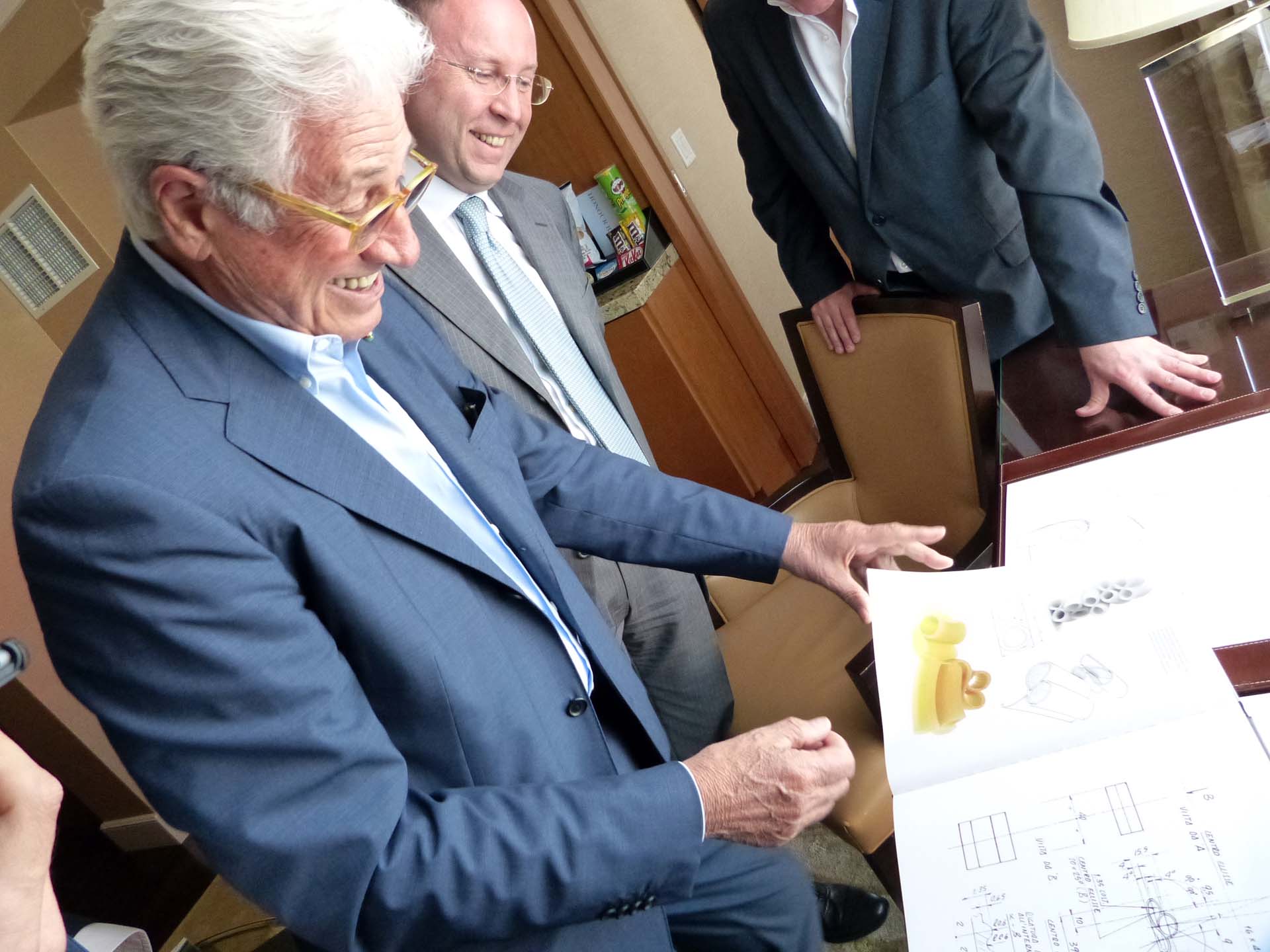 As he flips through a copy of Giorgetto Giugiaro: The Genius of Design, an imposing volume chronicling his decades of achievement, he stops at two notable sections in an effort to prove his point.

The first page he seeks out isn’t about a car at all. Giugiaro’s career has involved much more than automobiles; he’s also designed computers, cameras, and office furniture. He laughs warmly as he recalls the time he was tasked with designing a new shape of pasta.

“To design the pasta, it took me more time than to design a car,” he says. 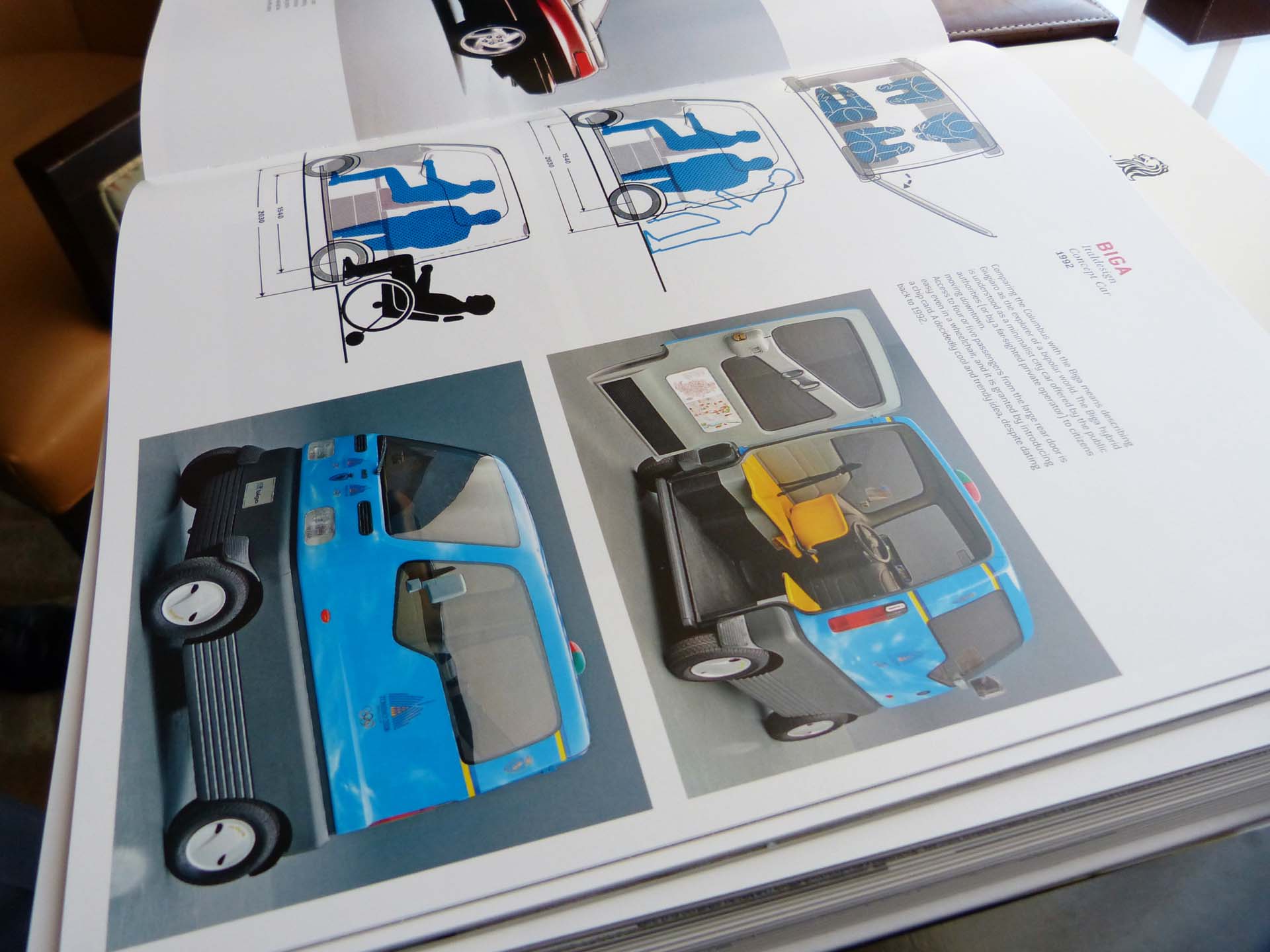 The second section he flips to focuses on the Biga, which couldn’t be more apt in view of Giugiaro’s reference to boxes. Apart from a slight slope for the windshield, it’s all vertical lines and sharp corners with four wheels pasted onto the base.

“This is a car which was supposed to be within two metres, concentrating the possibility of having four people stay in there comfortably and people with reduced mobility to have access easily because of the big door,” he explains. “It was supposed to be very important for European cities because (they) don’t have a lot of space as you have here. In two metres, you would have the possibility of reducing traffic.

“You could say it’s ugly. When you get a bus, is the bus nice? Am I worried about the bus being nice? No. I’m worried about it being functional.

“If I have something very beautiful but it doesn’t work, then it’s useless for it to be very nice.” 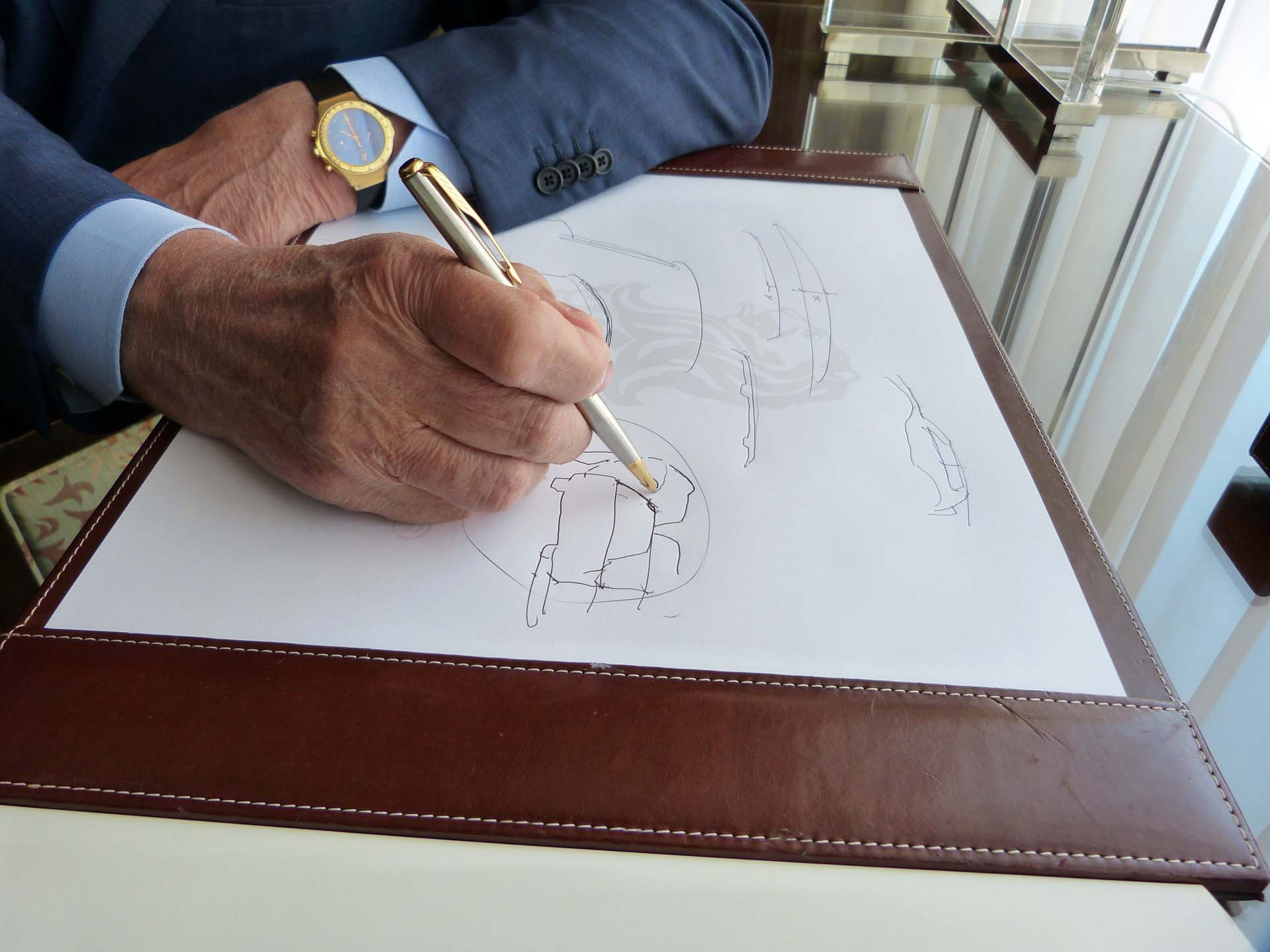 That pragmatism carries on through Giugiaro’s view of how automotive design has evolved over the past 50-plus years. In the early days of his career, there was a clear shift from curved, subtle designs to bolder, more angular shapes. He notes that this change came largely from the engineering innovations that were happening around him.

“The technology now allows you to do something which is completely different,” he says. “If in the past you could only do round shapes, today you can do origami. You can do edged shapes, squared shapes. You can do angles.

“If in the past the metal was curved because it would be stiff and it wouldn’t be flapping up and down. Now, the technology gives you the possibility of putting something underneath which gives it support and allows you to do different shapes.

“It doesn’t necessarily mean better or worse. It means you can use your creativity to construct something different.”

Perhaps surprisingly, Giugiaro is equally pragmatic about the industry’s swing away from cars and toward SUVs. One would expect a classical Italian automotive designer to be passionate about the preservation of the sports car, but that’s not how he sees it.

“If you put in series cars from the 1950s from today, you’re going to notice all this evolution in proportions,” he says. “It’s always technology which allows it to change, and it’s always a question of ergonomics and how we live in the vehicle. This has changed tremendously. 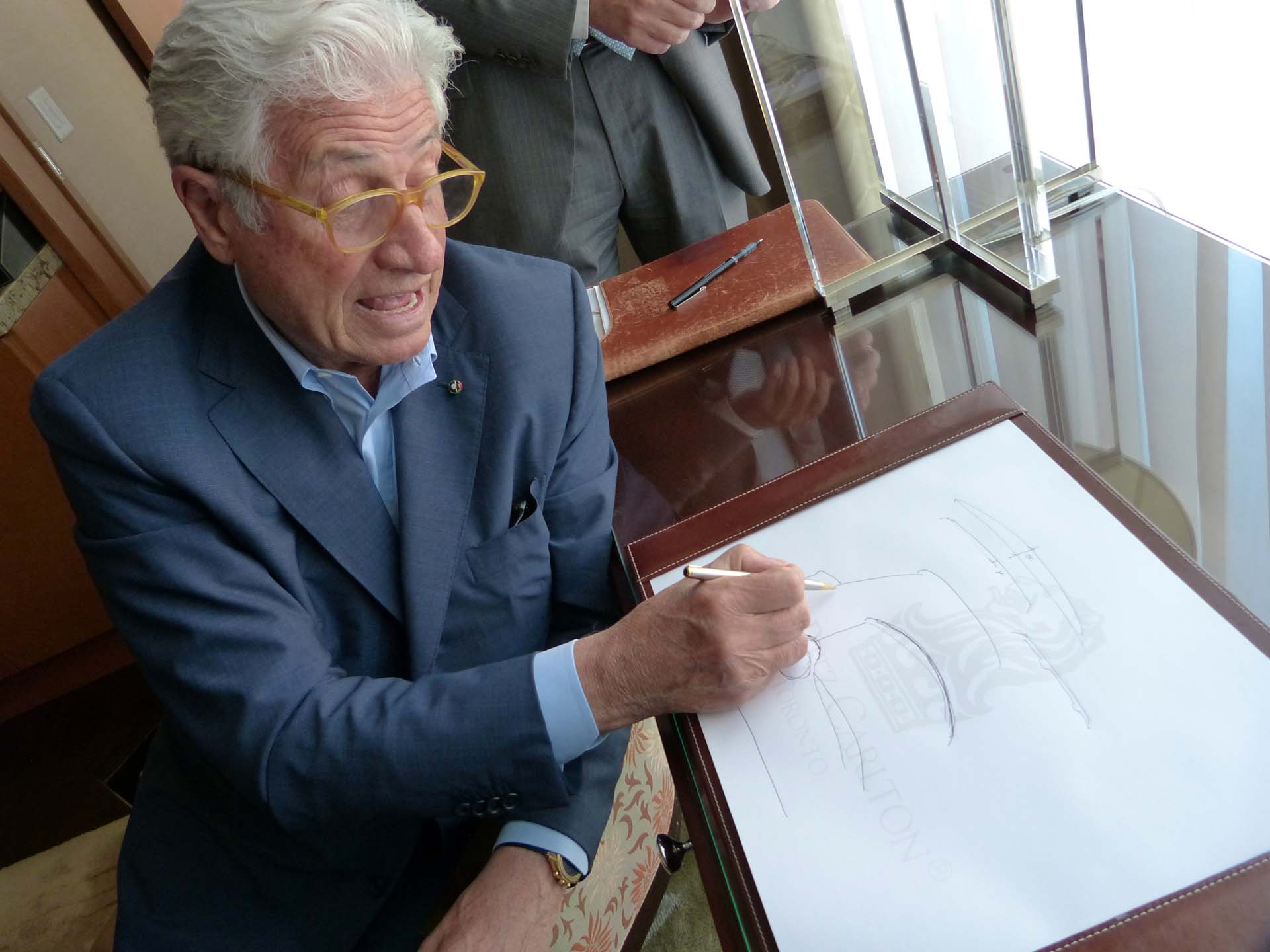 “Sports cars have to be lower because it creates lower drag and creates lower impact on the air, so it’s faster,” he explains. “In the U.S. you have huge (front) sections (on cars) because petrol costs less.

“But today technology allows you to be fast, even with a huge car, so why do I have to be uncomfortable sitting down on the road with a Ferrari?” He laughs heartily. “It’s like dressing up as an astronaut and walking down the street.

There’s one undeniable truth tying it all together, though, that permeates Giugiaro’s work – that we will never stop seeing our cars as an extension of ourselves.

“We are always influenced from what we see,” he says. “We look at person and we see the eyes, we see shapes of the face, the nose, the mouth, et cetera. We judge somebody to be ugly or beautiful by a question of millimetres. It’s very similar with a car.

“When we have our car, we tend to use it because it gives everybody who sees it an impression of who we are or who we want to be,” he says. “We are a lawyer, we are a doctor, we are an engineer, and what this exterior iconic view gives is the sensation of us.”

(Giorgetto Giugiaro’s quotes were provided through an interpreter.)

About Stephanie Wallcraft
Stephanie Wallcraft is the child of an auto worker and honed her passion for cars in the grandstands of the Molson Indy Toronto. Today she continues the family tradition by writing about cars and motorsport for publications across Canada.
Follow me
AdChoices
Latest Articles