Nissan and Kia issued recalls this week as the former expands an existing campaign to replace faulty fuel pumps, and the former has announced it will fix sunroof panels that could shatter and fall into the cabin.

The latest Nissan recall applies to Rogue compact crossover models from the 2014 model year. In 2015 Nissan began asking owners of about 6,600 Rogues to bring their cars in for a replacement pump after the company discovered nickel plating used on some internal pump parts could contaminate the mechanism and lead to a failure. The new recall applies to nearly double the number of Rogues, but all, still, are from the 2014 model year.

Next up is Kia for a recall on its Sorento mid-size crossover (model years 2011 through 2013; 10,459 vehicles affected) to fix sunroof panels prone to breakage "due to external impacts" and "severe temperature shifts". Part of the concern is that if the glass breaks, the sunroof panel crosspieces could fall into the cabin with chunks of tempered glass still lodged in them. Dealers are being asked to install "additional connective pieces" to prevent broken panels from falling into the car, and Kia says Sorento drivers should leave the sunroof sunshade closed until their car is repaired. 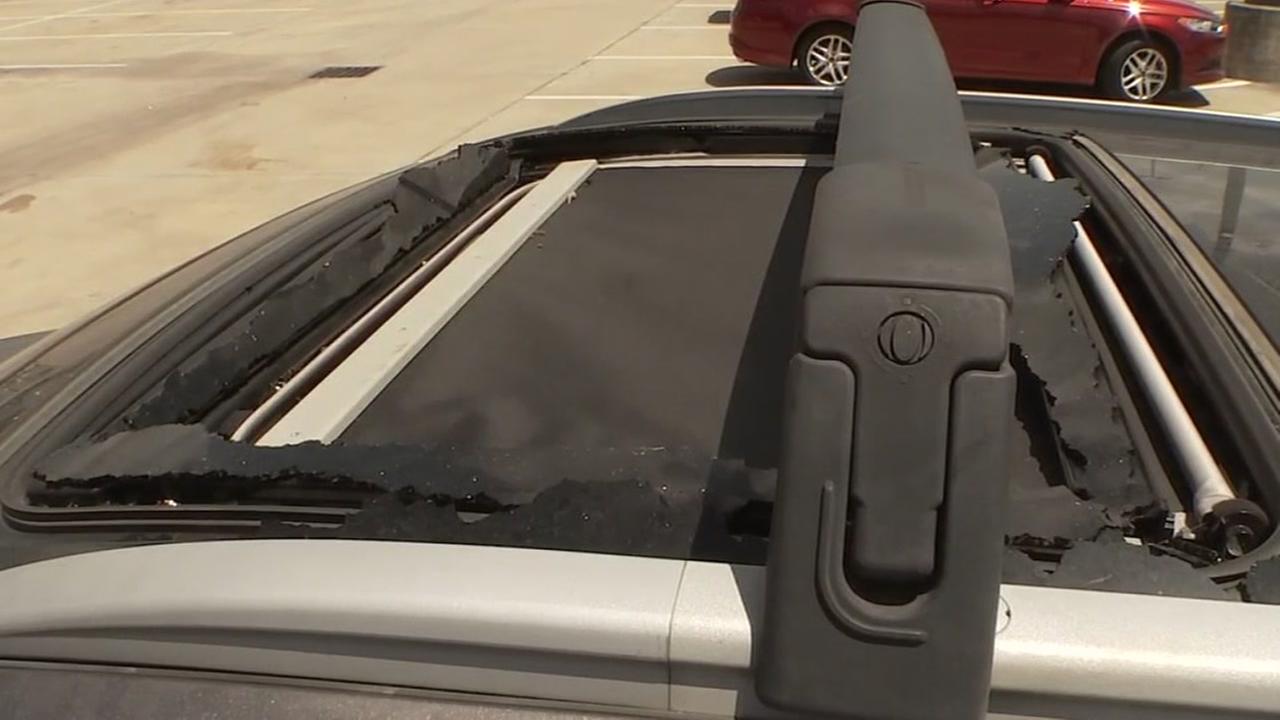 Hyundai has issued a recall on its Santa Fe Sport crossover (model years 2016 and 2017; 9,552 vehicles affected) to fix wiring to the switch that triggers the seatbelt monitor's warning light and chime. The wiring can be damaged by the seat's height adjustment mechanism, and if that happens, the warning light/chime may not work when the belt is not fastened, or may not turn off when it is buckled. Dealers will inspect the wiring harness and re-route or replace it, if necessary.

Subaru's latest campaign affects the turbocharged engine used in the WRX and some Forester models (model years 2015 and 2016; 2,163 vehicles affected). The air intake may crack due to an incorrect material being used during manufacturing. A crack could cause a rough idle and reduced engine power, or a stall, either of which could lead to an accident due to the car not behaving the way the driver expects it to. Dealers will inspect the cars' turbocharged intake ductwork and replace it if necessary.

Infiniti has recalled 442 examples of its Q50 sport sedan from the 2014 model year to reprogram the passenger seat occupant airbag classification system. In the affected cars, the seat's sensors may detect an empty chair even when an adult is sitting in it and deactivate the airbag without turning on the airbag warning light. Dealers will reprogram the occupant classification system software.

Back to Hyundai for a recall on 392 Tucson models from the 2016 model year. Here, a trailer wiring harness flaw could cause a trailer's turn signal to malfunction by either not flashing, or not turning on at all. Dealers will install an updated wiring harness.

In 105 examples of the 2016 Chevrolet Malibu, improperly done welds holding the side airbags to the seat frame could fracture and fail to hold the airbag in place after deployment in a crash. Dealers will inspect the airbag modules and replace them as necessary.

35 Mercedes-Benz GLC-Class crossovers may have incorrectly routed steering column wiring harnesses that could affect the performance of things like turn signals, transmission control lever, power steering or stability control. Additional potential problems include engine stalling and improper airbag deployment. Dealers will inspect the wiring harness and reroute or replace/repair it as necessary.

Finally, Porsche Canada announced this week it's inspecting Cayenne models for a loose retaining clip on the pedal bearing assembly. This isn't an official recall yet, and Porsche hasn't provided much detail, but company says 10,235 of the affected models were sold in Canada between 2011 and 2016.

Faulty pumps could fall; broken glass will fall 3/28/2016 6:00:11 AM 3/28/2016 6:00:11 AM
About Chris Chase
As a child, Chris spent most of his time playing with toy cars in his parents’ basement or making car sounds while riding his bicycle. Now he's an award-winning Algonquin College Journalism grad who has been playing with real cars that make their own noises since the early 2000s.
Follow me
You may also like
AdChoices
Latest Articles