Even as the bell tolls for the Rolls-Royce Phantom, the latest variant of the Bentley Mulsanne sallies forth, larger and more powerful than ever. Behind the scenes, the parent companies of BMW and the Volkswagen Auto Group ready their biggest and most powerful dreadnoughts in a set piece battle for the wallets of the wealthy.

First, it's the long-awaited swan-song for the Phantom V Series II. Mildly refreshed just once in her lifetime, the queen regent of the luxury car segment has aged with the grace you'd expect from the Rolls-Royce badge. While first the Ghost and then the Wraith proved faster, with twin-turbocharged V12s huffing out more than merely adequate power, the Phantom's tall and slab-sided road presence was essentially unmatched in modern cars. 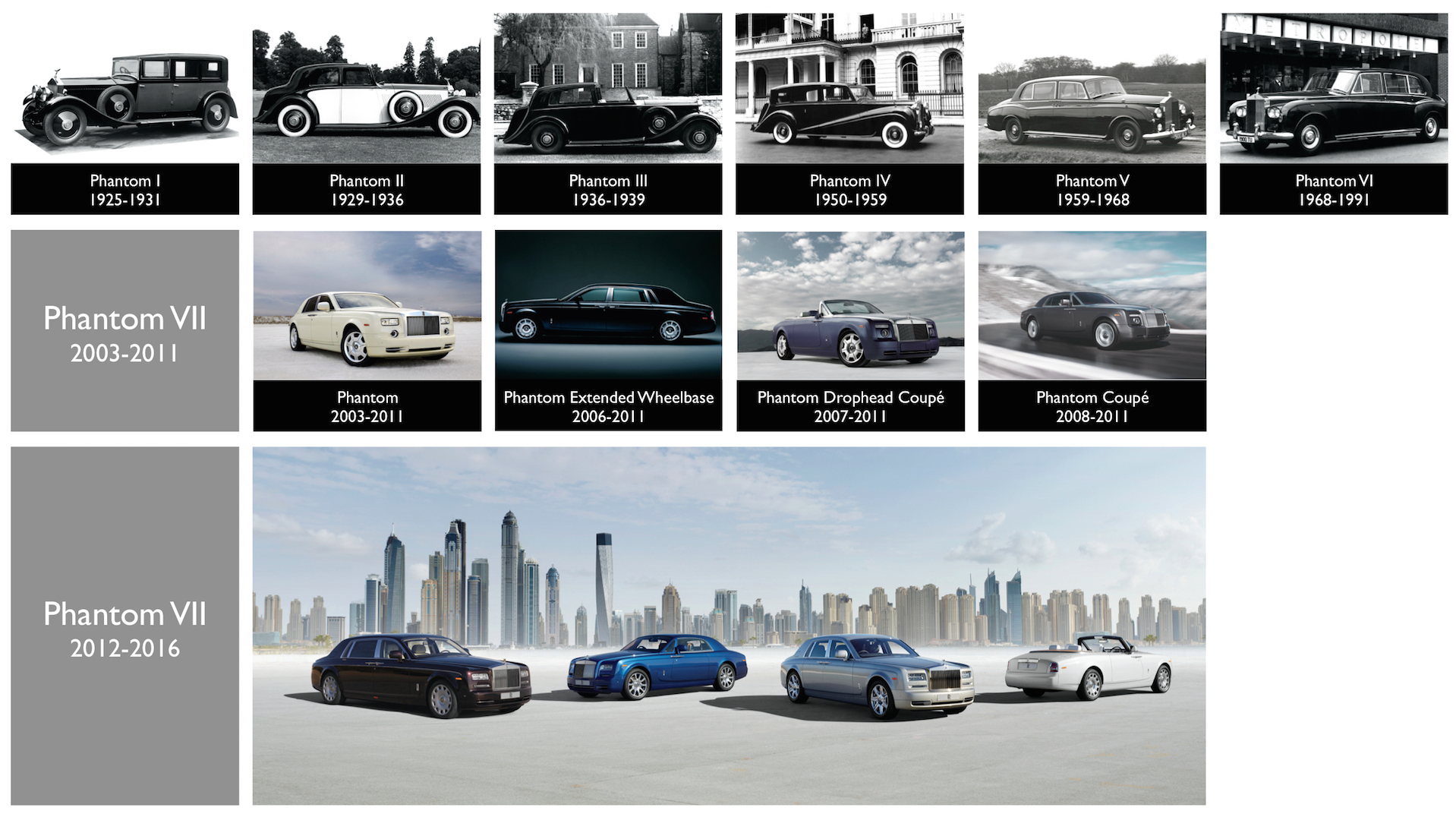 The last of the Phantoms will be built in November of this year at the Rolls-Royce factory in Goodwood. The last made will earn the appellation Zenith, as they are expected to be the finest Phantom VIIs ever made, available as either coupes or drophead convertibles. The former is probably the rarest type of modern Rolls-Royce; just 50 of these Zenith machines will be made.

“Zenith will be the sum of all the best features of Phantom Coupé and Drophead Coupé,” Director of Design, Giles Taylor, “with a few surprises added.” Expect unique colours, a special treatment for the retractable Spirit of Ecstasy, and something called a Tailgate Hosting Area. We expect this is the sort of thing used when out in the field on a pheasant hunt, not for grilling a coupla franks at the ol' pigskin game. But hey, it's your Rolls – do with it what you will, and rest assured that a new Phantom is on the way should you accidentally drip mustard on your bespoke leather seats.

Meanwhile, Bentley's flagship Mulsanne sedan steams onward in a series of new forms: Standard, Speed, and Extended Wheelbase. While even the regular Mulsanne is approximately the size of a royal barge, the extended wheelbase version has some 250 mm of extra legroom to stretch out in, enjoying your fluted or quilted leather interior and hand-selected veneers. 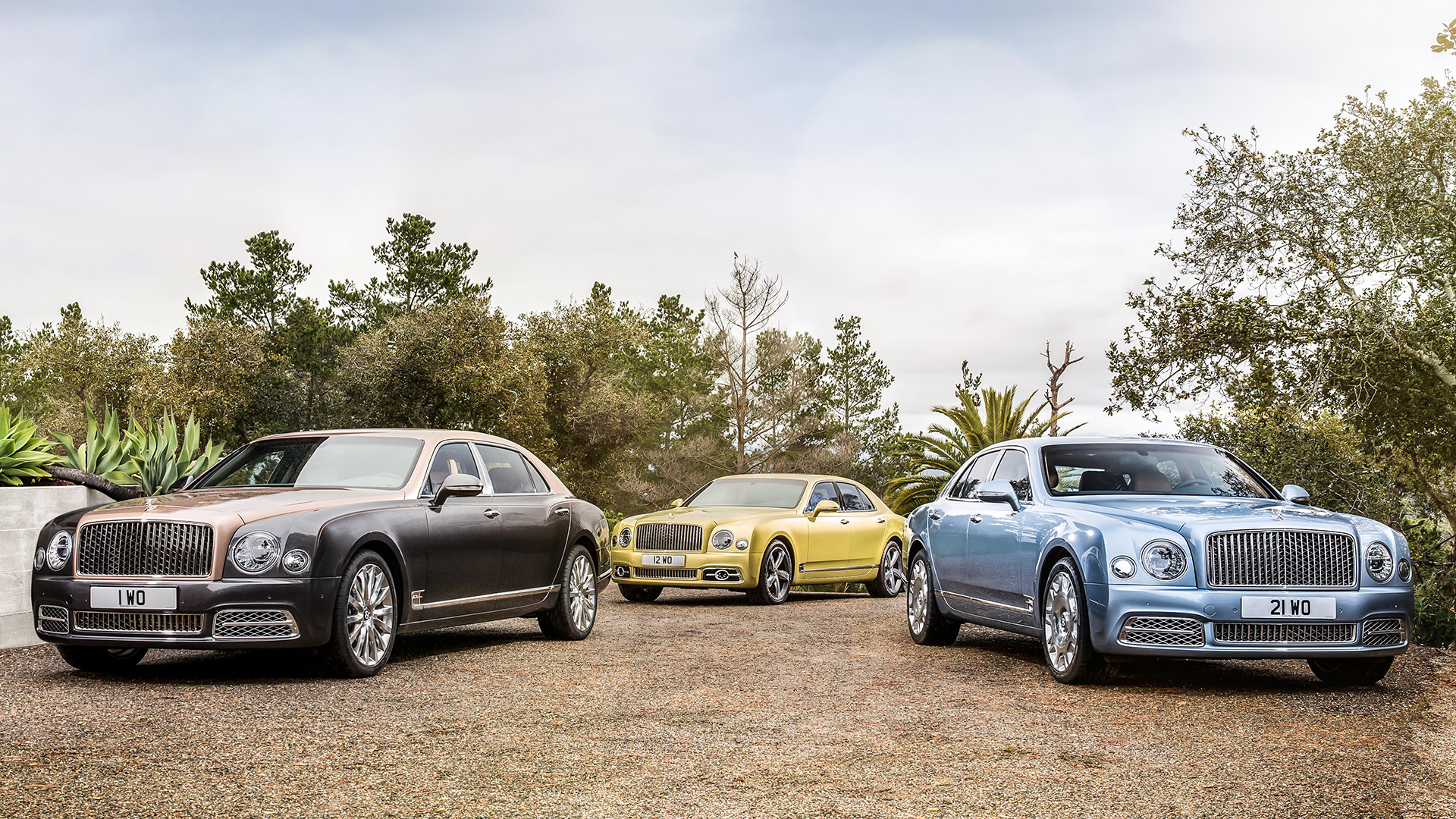 If, however, you are a Bentley owner in the tradition of Woolf Barnato and the Bentley Boys of the 1930s, may we suggest the new Mulsanne Speed? Here, that royal frigate has been fitted with a 6.75L turbocharged V8 cranking out 530 genteel horsepower and a cricket-stump-pulling 811 lb-ft of torque. That's enough to tow the moon out of orbit, which is handy because the Mulsanne's curb weight is approximately 1 Moon. The Speed leaps to 100 km/h in under five seconds and will run on to 305 km/h.

Other changes include improvements across the Mulsanne range both inside and out, with an even-more-monstrous front grille and improvements to touchscreen technology. Really though, the 400 hours required to build each Mulsanne are dedicated to the human touch. Just as with the Phantom, these leather-lined luxury palaces on wheels aren't about absolute performance figures, nor eye-popping technology. They are about craftsmanship, and presence and prestige.