Dee Snider gained fame as the lead singer of the heavy metal group, Twisted Sister. After 40 on-and-off years together, Twisted Sister officially called it quits in April 2015, but they’re still planning a final farewell tour in 2016 to commemorate the band’s forty years in the music biz. In the meantime, the flamboyant frontman is hitting the stage again, but this time in a festive musical he created and stars in, called Dee Snider’s Rock & Roll Christmas Tale, in Toronto, Nov. 17, 2015 to Jan. 3, 2016. On stage, Snider doesn’t shy away from the spotlight. And on the road, neither do his wheels. He drives a one-of-a-kind Plum Crazy 2014 Dodge Demon Challenger SRT8 or a 2005 Hummer H2.

PG: Why did you decide to customize a Challenger?

DS: “It’s an old concept. I’m old and back in the ‘60s dealerships used to do dealership models. There was the famous Yenko Camaros, which were very valuable, and the California Mustang, which was produced by a California dealership in ‘68. It was something that was done back in the heyday of muscle cars. But nobody has really done it anymore. So when I approached Port Jeff Jeep Dodge Chrysler on Long Island with the idea they got very charged about it. They were like, ‘Hey that sounds cool! Let’s do it!’”

“So the dealership and I decided to create a one-of-a-kind original Challenger by combining an SRT8 Challenger and incorporating the look, the stripage, the wings, and the double-hood scoop of the Dart Demon in the ‘70s. American Racing made me black-star style old school rims. Purple and black interior with a new Demon logo on the car and the seats. It’s a one-of-a-kind Demon 0001 – the only one that’s ever been made.”

PG: But why not a Mustang or Camaro?

DS: “I used to be a hard-core Ford guy. For 27 years I drove a ’69 Boss 302 Mustang – totally restored. Actually, the pistons are tattooed on my arms. I literally brought a Boss piston to the tattoo parlour and I said I want this tattooed on my arm. Then I sold the Mustang and I got a Viper. I slowly thought I was becoming a Mopar guy. As old as I am, I was a little too young to be driving muscle cars in the heyday. I didn’t get my driver’s license until ’73 when unleaded fuel came in and muscle cars died. As a kid, I always used to see the Plum Crazy Challengers and when the new Challenger came out I thought Dodge really captured the spirit of the old original car more than the Camaro or Mustang. The dealership came out with a limited Plum Crazy Challenger and I bought my first, an R/T in 2010, which I transformed into a T/A – that was another muscle car designation they didn’t make anymore. Then in 2014, I bought the SRT8, which amped up the power to over 500 horsepower and I had that converted into a one-of-a-kind Demon Challenger.”

“A good friend once said to me, ‘Your cars are more like Hot Wheels.’ They are. Every car I’ve ever had has had to look like a Hot Wheels. I loved Hot Wheels as a kid and I drive Hot Wheels now.” 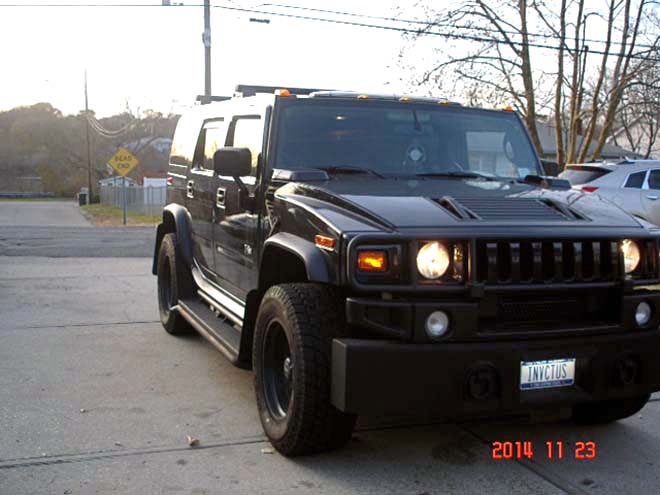 PG: What does a Hummer H2 say about you?

DS: “My H2 Hummer is my urban assault, zombie apocalypse survival vehicle. I had 90 gallon gas tanks put in the car and it has plate steel front and rear bumpers and plate steel side steps so it is capable of surviving the zombie apocalypse. I can ram my way out of any situation and I can drive about 900 miles before refuelling so I am ready!”

“I promise you this Hummer H2 was the first completely blacked-out car in the world. Nobody was driving blacked-out cars. There was a local customizer and I said ‘what should I do with this man’? He goes ‘It’s a tank, man. It should be a tank.’ American Racing just came out with these black rims and he ordered them for me. I told the dealership black out everything on the car and they argued with me. ‘Black out everything? It’ll look terrible!’ They delivered a completely black vehicle in 2005 and people went, ‘Wow this looks really cool!’”

“We’re originally from New York and we recently moved to California – you can only imagine how beloved it is driving in the land of hybrids – it’s one of the only surviving Hummers in that town. I am an environmentalist except for my vehicles. But I do pay for my carbon footprint. There’s a site online where you can donate money to atone for your sins. For all my motorcycles, which have fume-breathing terrible engines, and my cars I pay online. I am trying to be better. I just ordered my Tesla Model S, which is arriving in January. But I can’t have it looking like everybody else’s. It’s going immediately to Danny Koker of Counting Cars and they’re going to do a little paintwork on it, some rims, and make it one-of-a-kind.” 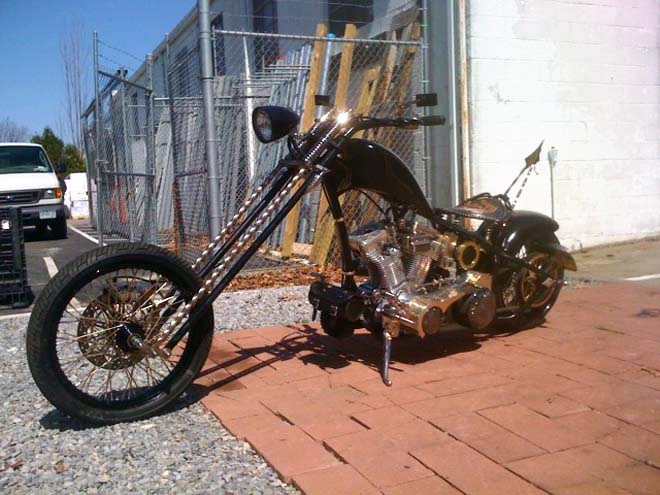 PG: What bikes do you own?

DS: “I’ve got two motorcycles. I’ve got one for go and one for show. I’ve got a 2001 Indian Chief. I always wanted an Indian, but I’m not very good with a wrench… When you’re dealing with ‘40s or ‘50s motorcycles you do more wrenching than riding. So in the early 2000s when they first started making Indian Motorcycles I got an Indian Chief… My other bike, the one for show, is a radical custom chopper. I’ve been working on it for years – crazy long fork, old school chopper with a lot of gold plating on it and engraving on the heads – so much detailing work.”

DS: “It was a 1966 Mustang 289 high-performance convertible – pony interior, factory air, which was bizarre in a convertible. It’s a rare Mustang. But it was a beater back then. I sold it for 50 bucks, but if I had it now it would be worth tens of thousands of dollars.” 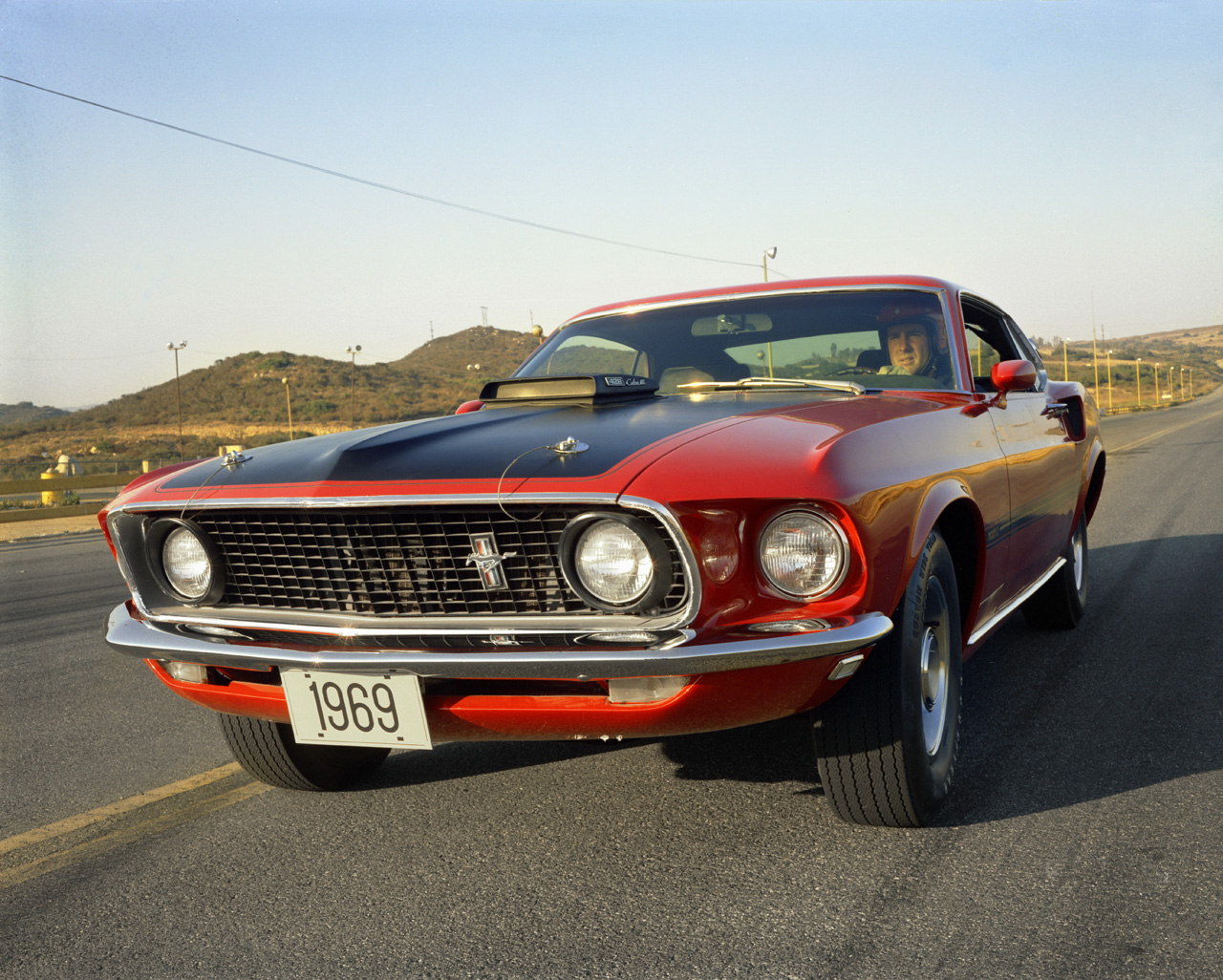 “I’m a suburban kid – I grew up in Long Island and in the suburbs you can’t survive without a car. Cars are a way of life. I was a young teen when the muscle-car era exploded. I would see these older guys driving around in these really cool muscle cars in the late ‘60s and early ‘70s and I’d dream of having one. By the time I got my driver’s license that era had ended. So I picked up the remnants of it. I got my ’66 Mustang in ’73 and then I had a Mach I. I found a Boss 302 Mustang in the early ‘80s, which was one of the 10 rarest Mustangs – only 1400 were produced. And when I struck oil – as I like to call it – having my first hit record I had it sent to the top restoration people in the country. They turned it back into a museum piece and a completely restored muscle car. So I finally got my brand new muscle car, but of course it was 1984 instead of 1969.”

PG: Where do you draw your musical inspiration from?

DS: “I get inspiration from driving. I’ve written most of my music when I’m driving. I get into my car and carry a hand-held recorder – I write vocally so all my songs were written with me singing into a recorder. I will drive around with this little recorder and think of ideas and when I get something I’ll sing it so I remember this movement of brilliance. I get great inspiration from just cruising around.” 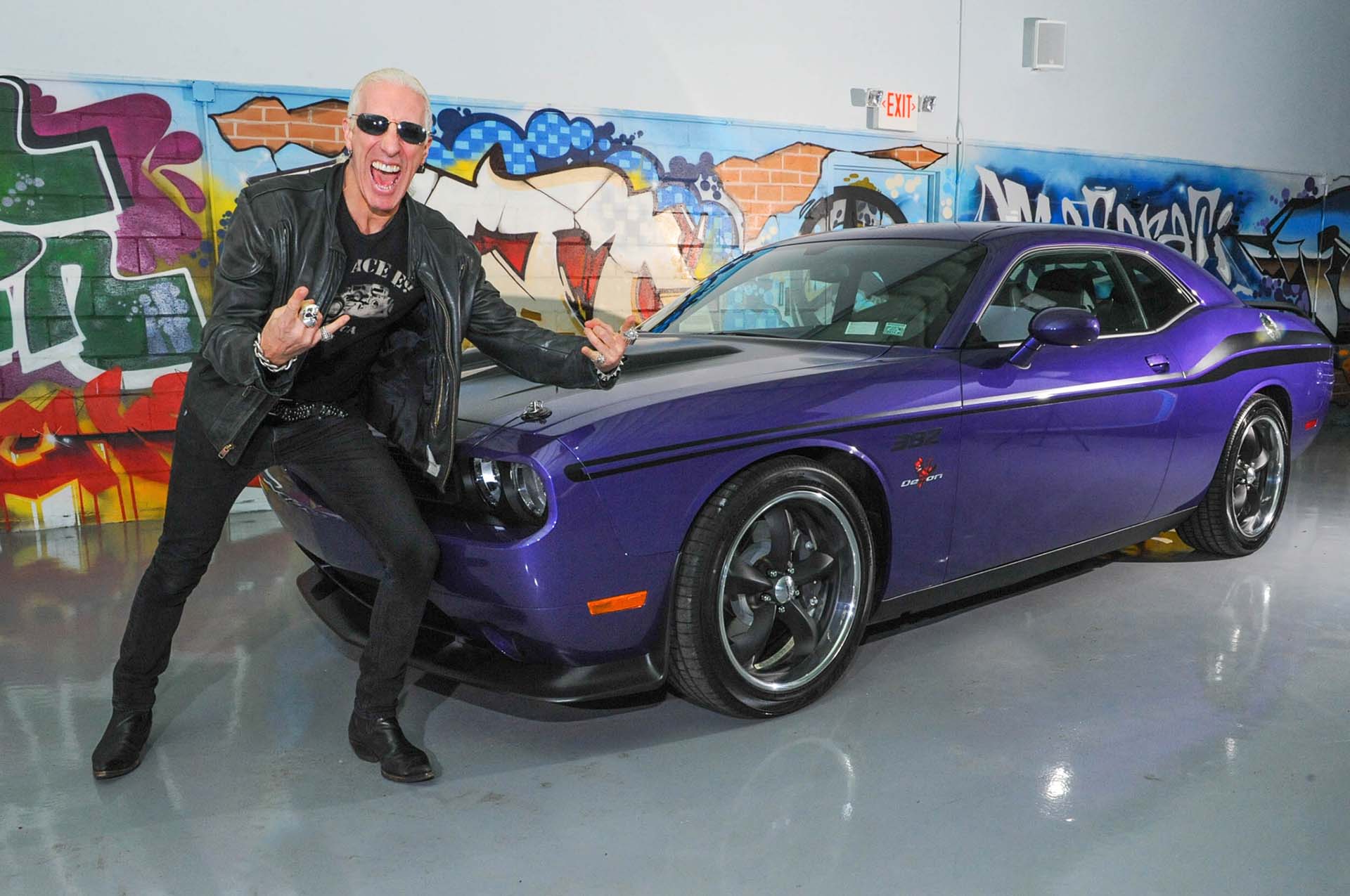 DS: “My dream car, which has always been out of my reach economically, is a 1965 427 AC Cobra original. It’s worth over a million dollars now. I never had enough money to afford it. It’s extremely hot.”

Notable achievements:
• Snider joined Twisted Sister in 1976
• Twisted Sister is best known for the 1980s hit singles We’re Not Gonna Take It and I Wanna Rock
• Twisted Sister was inducted into the Long Island Music Hall of Fame in 2006
• Snider was also in the banDS: Desperado, Widowmaker, Dee Snider's SMGs
• starred in the Broadway musical, Rock of Ages in 2010
• released a Christmas album, A Twisted Christmas, in 2006
• TV appearances include Heavy Metal Mania on MTV in the 1980s, the A&E reality TV show, Growing Up Twisted in 2010, Celebrity Wife Swap in 2012, and The Celebrity Apprentice in 2012 and 2013
• married to his wife Suzette, a costume designer, since 1981; together, they have four children
• hosts Dee Snider's annual charity motorcycle ride with proceeds going to Long Island Cares, which helps provide food to locals