In our first segment, we looked at a few recommended winter rides up to $20,000, chosen first for winter driving confidence, and second, for what should prove to be decent reliability if you find a good used copy, which we’ll help you with, with the tips below.

This installment we look at some vehicles if you have a more substantial budget for larger vehicles, or something with a bit of luxury and, as usual, provide some tips to follow ahead of your purchase to find a healthy used model.

Why: Because they’re good on fuel, great in the snow, unlikely to rust, and available plentifully at this price point with fairly low mileage and lots of warranty remaining. Look for high-end goodies like navigation, premium audio, xenon lights and either manual or automatic transmissions, and the S-Line package for added visual flare.

The Test Drive: Most units get a 2.0T four-cylinder turbo engine, which is the one to get, since it’s a proven performer and offers solid reliability. Just make sure the former owner hasn’t jacked up the boost with some naughty computer tweaking, which could turn the engine into soup and void the warranty. On older models, note that a blocked PCV valve or worn-out diverter valve could cause weak or inconsistent performance. These are easy parts to fix, but be sure to have your potential used candidate inspected by an Audi mechanic if you’re not comfortable with how it’s running. A gently used A4 from an Audi Certified Pre-Owned program is ideal for maximum peace of mind in your purchase of one of the world’s foremost all-weather sports sedans. 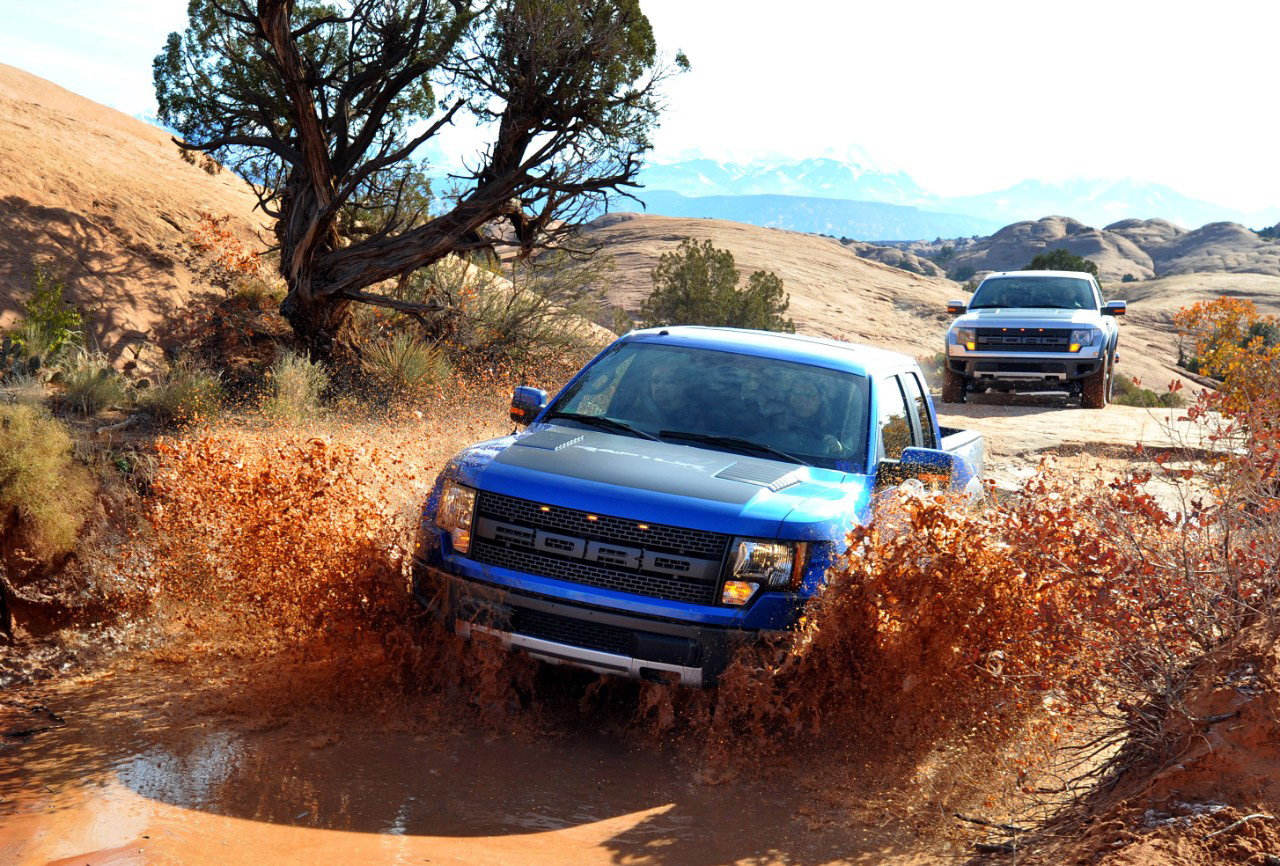 It’s wider and taller than a standard F-150, fitted with monster-truck tires and rides a suspension that’s designed for comfortable landings after flying through the air. Raptor is a big, all-conquering pickup designed for serious badasses, and it sticks it to winter driving with its manly toughness. Need more traction? Turn on the 4x4. Need more than that? Turn on the diff lock. Still not enough? Kill the traction control, hammer down, and let the great big V8 (5.4 or 6.2 litres, depending on the year) set the tires digging away until they find something grippy under the snow.

On board, be sure to confirm that the electronic 4x4 system shifts into and out of each mode several times with no issue, warning lights or undue waiting. If you note any issue, further investigation is needed.

Other checks should include confirming that the SYNC System is working properly, as some owners have reported sporadic issues with the system stalling, lagging, crashing or just plain failing to boot up altogether. Have a mechanic look at the suspension and frame of your Raptor in the air on his hoist, ensuring past owners weren’t fond of getting the unit into the air without one.

You’ll find plenty of these Bavarian sleds from the previous E90 generation in the price range—complete with silky twin-turbo power, AWD, and manual or automatic transmissions. Be on the lookout for bad door locks, non-functioning trunk release mechanisms, and any warning lights or Check Engine lights illuminated in the cluster. Start the engine (make sure the seller hasn’t pre-warmed it) and listen for any unwelcomed ticking sounds from the cylinder head. Some owners have reported issues with noisy valve lifters, which may require replacement. The turbocharged 335i model is noted for excellent performance – though shoppers should research well-known problems with the fuel injectors and high-pressure fuel pump (HPFP) before settling on one. If you don’t need the extra power, a non-turbo engine in your 3 Series will prove cheaper to buy, run and maintain. An inspection at a BMW dealer is strongly advised if you’re going with an older unit.

Why: Because even a category 5 snowpocalypse won’t stop this ten-ton tank, which has a manly V8, room for your kids and their pals, and can haul a canoe, a trailer, the fam-jam and a grand worth of groceries off to the cottage for a month, even in a blizzard. And, when you’re not using your ‘Burban to whisk dignitaries out of hot-zones or doing other serious business, you can use the real four-wheel-drive system, and real truck-frame, to put this machine to work. It’s also comfortable and quiet on the highway, where it towers above lesser vehicles that have become lodged into snow banks like peasants.

The Test Drive: Be sure the former owner(s) were fond of fluid changes, which are vital to the long-term durability of Suburban’s priciest components. Inspect the body for signs of rust, particularly around the edges of the tailgate, hood and doors. Open the front doors and ‘feel’ the carpeting under the front floor mats for signs of moisture, which could be caused by a leaky windshield seal and/or plugged sunroof vent tubes. Check the rear seating carpet for moisture, too, because moisture can lead to mold, which is gross. Note that engine oil consumption with earlier models in this generation is well documented. The issue seems most common on the 5.3-litre engine and may be linked to operation of the Active Fuel Management (AFM) cylinder-deactivation system. Shoppers are advised to listen for unwanted ‘clicking’ or ‘clacking’ noises from the top of the engine (i.e., the valve lifters), with the hood open and engine idling. Unwanted sounds like these could indicate problems, possibly related to the oil consumption issue. 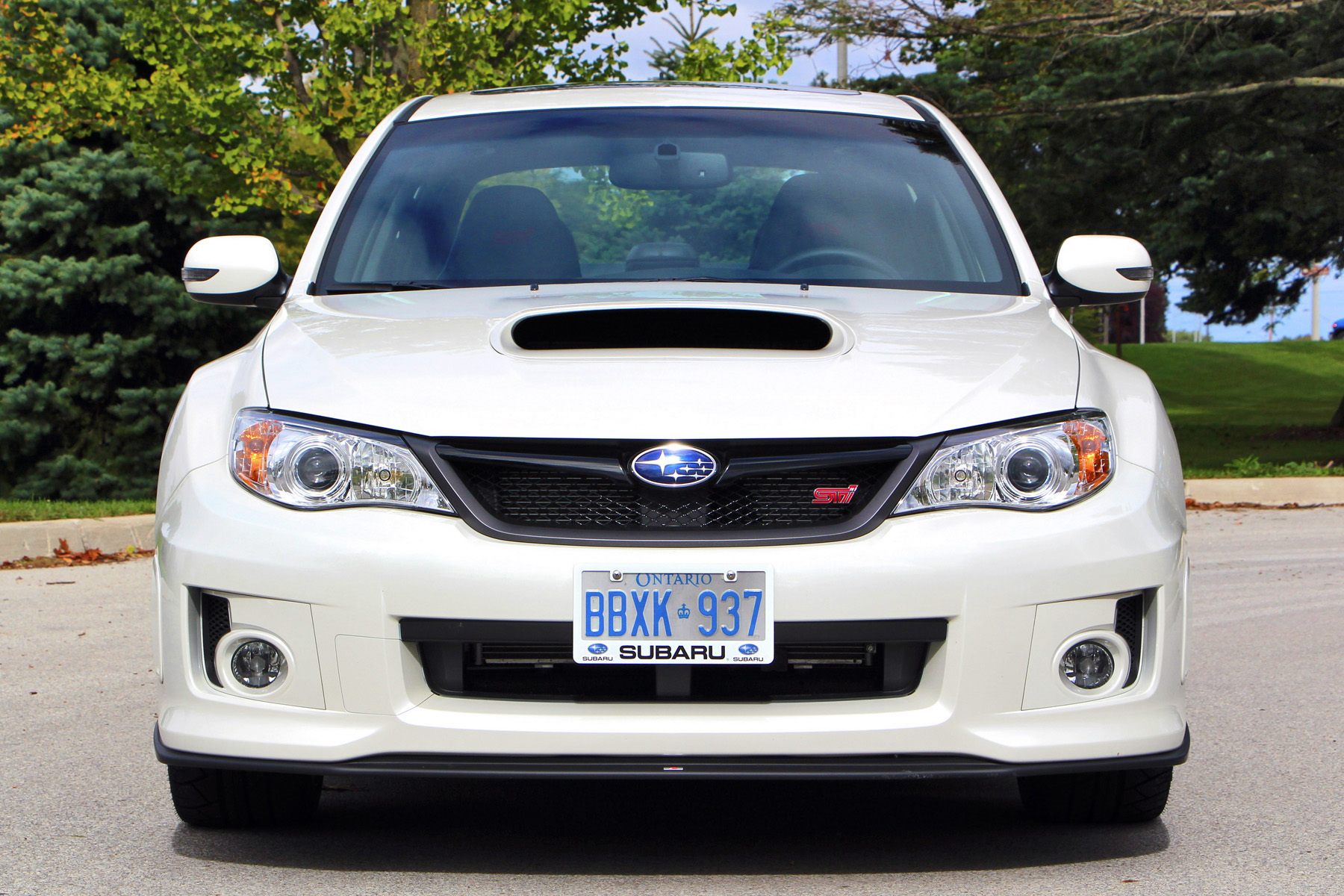 This is the ultimate winter rocket-sled on this side of a billion dollars, it’s fast and fun, and owning one makes you awesome. At this price range, you’ll find no shortage of few-year-old units with low kilometres, but be sure to opt for one that hasn’t been smucked into a curb in the Sears parking lot by an aspiring teenage drift champ. How? Arrange an inspection with a mechanic at a Subaru dealer before forking over your cash.

Pay attention to the STI’s idle, ensuring it’s smooth and steady at around 750 rpm. If that’s not the case, a bad sensor might be to blame. Opting for a WRX STI as mechanically close to ‘stock’ as possible is advised for the average shopper. Avoid a model with modified turbocharger system programming or components unless you’re familiar with WRX engine management and tuning. Be sure to ‘feel’ the clutch for any signs of slippage, and the shifter for any signs of gears clashing or grinding when changing gear. Both could indicate clutch or transmission problems. 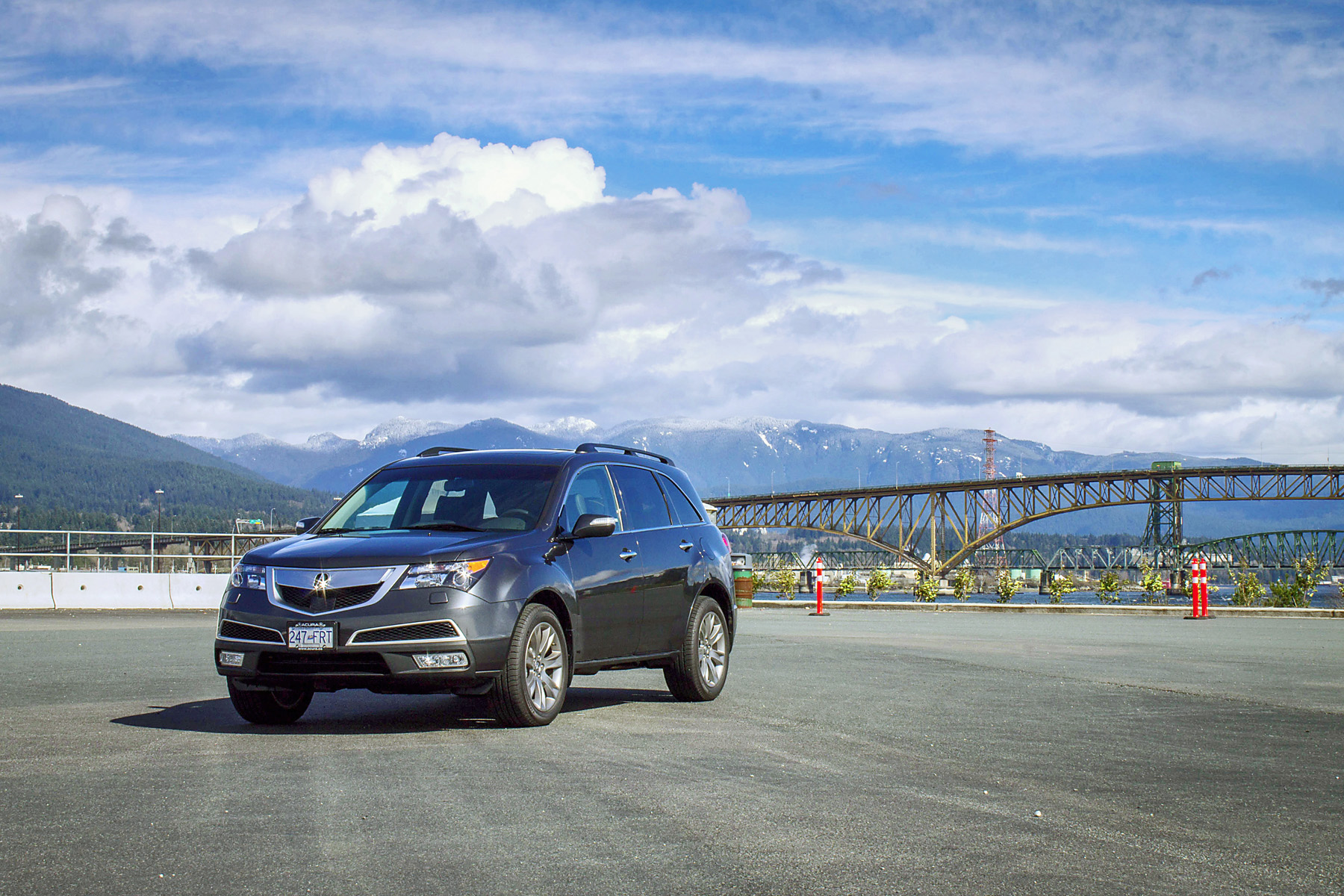 Acura’s elemental SUV model can be had plentifully in this price range, with loaded, year-old, low-mileage units available from the mid-forties. You might even find one of the all-new MDXs in this price range with a few miles on it. Room for seven, good fuel economy and good driving dynamics, in good weather or bad, help add appeal. So does the just-right sizing, and MDX’s reputation for solid reliability and residual value.

Going with an older unit? Note that a chattering or binding sensation from the rear end when cornering (especially sharply) could indicate worn out clutches or contaminated fluid within the SH-AWD system. You'll also want to ensure all fluid changes are up to date, preemptively changing transmission fluid, differential oil and coolant if you aren't positive of how well the seller stuck to the MDX’s service needs. Your Acura dealer's service manager can quickly familiarize you with the MDX’s maintenance requirements during a pre-purchase inspection. A healthy unit can be bought confidently, as the Acura MDX looks like one of the most reliable machines in its class.

Why: People aren’t made of money, but you are. After all: you’re not a person, you’re a money-spewing, shot-calling machine that needs a sweet winter ride like a 911 Turbo S—which is about the most winter-ready supercar out there. There’s nothing more awesome than telling your fellow enthusiast motorists, disgusted by your use of Germany’s most-loved automotive export in the snow, that it’s just your winter beater. In summer, you travel by jet-powered volcano, after all. If you’re feeling like saving a few bucks anyways, and want a slightly used model, the process to worry-free ownership is simple: buy one from a dealer CPO program, buy any extended warranties available, and go enjoy face-peeling acceleration and snow-busting traction any time you like.

You might be made of cash, but that doesn’t mean you can’t save a buck or two from time to time. Consider the GT-R for reasons similar to those above with the Turbo S, but for a lower price. You’ll get similar power, performance and acceleration, AWD traction, and be every tuner-kid’s hero for ripping donuts in the snow-covered parking lot behind Wal-Mart when the lights go off with Japan’s fastest car.

Though the GT-R’s regular maintenance isn’t cheap, being sure to treat it to regular servicing as outlined in the owner’s manual seems an ideal way to enjoy maximum reliability and confidence. Be sure the seller is able to provide full service records. Shoppers are also advised to track down the nearest GT-R certified dealer in their area and ask for a pre-purchase inspection from a GT-R trained mechanic. The owner’s community notes issues with the GT-R’s transmission, up to and including transmission failure, possibly caused by abusive driving and excessive use of the Launch Control function.

A loud or intrusive ‘rattle’ from the front of the vehicle on earlier models is likely the result of a bad flywheel bearing, though numerous owners have had this fixed under warranty. Finally, avoid models with non-factory engine management or performance part add-ons for maximum long-term peace of mind. A healthy used GT-R with full service records and mechanical thumbs-up from a qualified technician should provide affordable access to one of this decade’s most spectacular performance cars.