While at first blush, it may seem strange that the Porsche 2019 911 GT3 RS is debuting after the much-ballyhooed GT2 RS – currently the most powerful car in Porsche’s line-up – Porsche will tell you that the GT3 RS actually has a stronger tie to its motorsport roots than the GT2.

There’s no hiding the fact that the GT3 RS is one of the most loud ’n’ proud 911 models we’ve ever seen.

After all, Porsche currently does not run a turbo’d 911 in a factory capacity in top racing divisions such as the WeatherTech SportsCar Championship or World Endurance Championship. It’s all high-revving, naturally aspirated flat-six love.

So it goes that the GT3 RS gets the same: a 520 hp four-litre unit – that’s up 20 hp on the current GT3, making it the most powerful naturally aspirated engine Porsche currently offers. It’s capable of propelling the latest be-winged 911 to 100 km/h from stop in a scant 3.2 seconds, and on to a top speed of 312 km/h.

You’ll hear it loud and clear, too, as one of the ways Porsche has stripped weight from the GT3 RS is reducing sound-absorbing materials throughout the body. Power is transmitted to the rear wheels via a single transmission choice: a performance-calibrated seven-speed PDK dual-clutch unit. Unfortunately, it looks like those who want a proper manual transmission are going to have to choose either the standard GT3 or upcoming GT3 Touring model. The reason for keeping the PDK is pretty simple: it’s the faster shifting of the two choices, and the lightweight GT3 RS is about generating as much speed and as little inertia as possible.

“It’s important that we transfer tech from the race track to the road,” said Oliver Blume, CEO of Porsche AG. And so it goes that for now, the PDK is your only choice.

Of course, if the video Porsche used to introduce the car is any indication, you should have no trouble slinging it sideways on the regular, even if you don’t have a proper clutch to aid in your efforts. All manufacturers do these vids, but Porsche’s effort was a special one in that it pulled no punches on how one of the most hardcore 911 models is to be driven: on the 9,000 rpm (!) redline, and on a knife’s edge. Aiding in those efforts is the addition of an extra-high fixed rear wing that echoes that which is seen on racing models. It’s not adjustable, but the absence of the mechanisms required to make that possible saves weight and plays into the need for this particular 911 to be as lightweight as possible. Indeed, a simple tug on the door provides a good window into just how light this baby is – it feels paper-thin – and all you need is a nylon strap to yank it closed.

The nylon strap trick, of course, has been used as a light-weighting tactic by Porsche before. It doesn’t stop there, naturally; the bucket seats are finished in carbon and – on the show car, at least – a very neon shade of green, and the material also bisects the dash, otherwise finished in Alcantara suede, as is the steering wheel. Add the half-cage that replaces the rear seats (also painted neon green) and there’s little question as to the intentions of the GT3 RS. Even the Porsche crest on the nose hasn’t been spared the lightweight treatment; on the GT3 RS it’s a sticker as opposed to an actual 3D badge. Same goes for the “GT3 RS” script on the engine cover.

Outside, in addition to the rear wing, the GT3 RS gets the wider body treatment reserved for the Turbo, Carrera 4 and GT2 models, as well as centre-locking wheels (with – you guessed it – body-colour-matched lips), ceramic brakes, and Michelin Pilot Sport Cup 2 rubber measuring 265 mm up front, and 325 mm at the rear. If all that’s not enough for you, a Weissach package adds carbon-fibre chassis components and magnesium wheels, bringing the overall weight down to 1,430 kg. 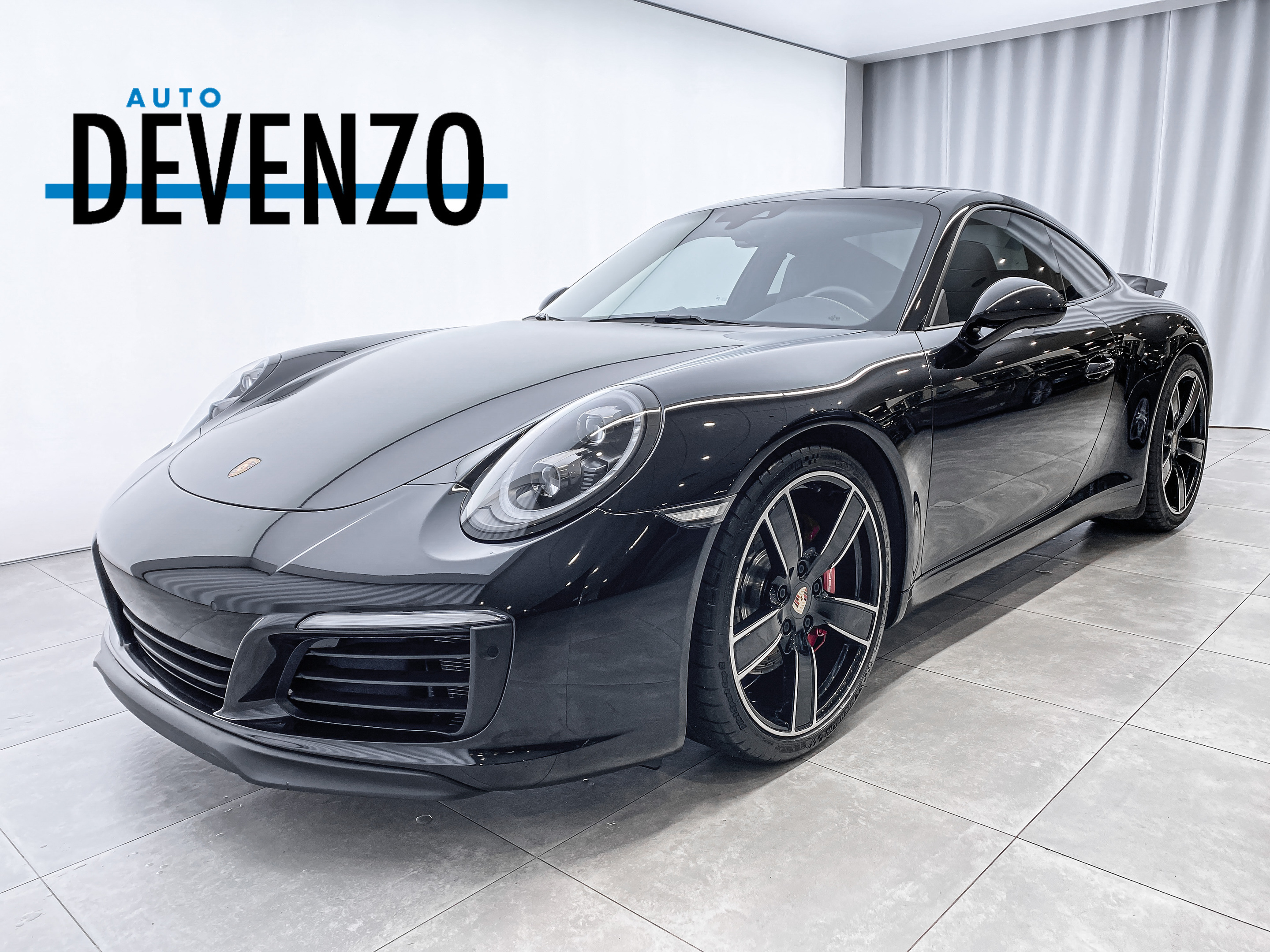 Standard suspension tuning includes the use of ball joints on all arms, which Porsche says provides better precision than traditional bearings.

So it’s got the under-the-skin stuff properly dialled in, and I’m sure that most will agree from the photos that the exterior styling is right on, too, making the standard GT3 – already a pretty brash styling package in its own right – look a little pedestrian in comparison. Indeed, from looking at it with its broad “GT3 RS” door scripting, body slashes over the fenders and aft of the rear doors and that wing, there’s no hiding the fact that the GT3 RS is one of the most loud ’n’ proud 911 models we’ve ever seen.

If you can spare the $213,400 it’s going to cost you to get one in Canada, we’re fairly certain that you’ll be treated to the definitive race car for the road from Porsche.

About Dan Heyman
Dan Heyman is a car guy through-and-through, ever since his first word was “Toyota”. Dan has worked as a full-time automotive journalist since 2010.
Follow me
;
You may also like
AdChoices
Latest Articles