At the time of this writing, there were a little more than $9,000 in incentives slapped on the hood of the 2020 Ford Expedition King Ranch.

Despite that price drop, the brooding SUV before you still rings in at an eye-popping $75,000 before tax – and it’s not even the most expensive version you can buy (nor the biggest). Pickup trucks notwithstanding, paying luxury brand money for something with a Blue Oval badge on the grille might on the surface seem excessive, but this behemoth delivers something that’s rare no matter the price.

In short, this Expedition has some serious presence. Sure, any SUV this size is going to have a certain way of commanding attention. But this trim in particular takes it to another level altogether. Done up in King Ranch guise, the Expedition’s utilitarian edges are smoothed just enough to add some class to its outsized character.

The subtle sand-coloured accents sprinkled around the exterior – lower bumpers, side steps, grille inserts, and, optionally, roof rails – pop against the blue paint worn by the tester you see here, giving the brutish sport utility some serious style. Inside, the King Ranch is filled with beautiful brown leather upholstery with caramel accents, though there’s equal amounts of bland black plastic that brings the space a step or two downmarket.

Climbing into the cabin is made easy thanks to powered side steps that deploy from beneath the doors, while grab handles provide a place to hoist oneself inside. Unfortunately, the one at the driver’s disposal bulges awkwardly from the A-pillar, obstructing forward visibility as a result. Anything this big also requires some extra care and attention when parking, though the sightlines and sensors make the Expedition manageable in the most densely packed lots (a self-parking system also comes standard in the King Ranch).

Much of the switchgear inside has been pulled from the Ford F-150, with plain plastic buttons dotting the dashboard and steering wheel. While their function-over-form approach is forgivable in the popular pickup, expectations of an SUV this expensive are such that the look and feel fall short.

The Expedition also utilizes a rotary-style gear selector, but there’s a Toyota Camry-like confusion to what’s going on inside. Optioned with Ford’s trailer backup assist system, there’s a knob placed precisely where the rotary gear selector sits in the Ram 1500. Adjacent to that is a quartet of similarly sized dials for audio and climate controls. Down on the console, a drive mode dial joins the gear selector, resulting in plenty of fumbling around when trying to find the right knob.

Controls for the various advanced safety and driver-assist systems are scattered throughout the cabin, though most are easily identifiable. The King Ranch comes with everything Ford offers, up to and including self-parking and stop-and-go adaptive cruise control. There’s also lane-keep assist, automatic emergency braking with pedestrian detection, and a host of cameras including the government-mandated back-up monitor.

It all works in the background – exactly the way these systems should. They’re never obtrusive, yet they’re always standing by should they be required. The lane-keeping system sends subtle pulses through the steering wheel to indicate the vehicle’s approaching a lane marking and a gentle nudge should it creep too closely, but doesn’t fight with the driver the way some competitor systems do should a lane marking be crossed. While the forward collision warning system is perhaps a touch sensitive, it’s only the lights and chimes that react too soon to slowing vehicles ahead – and maybe it’s wise to provide an early warning given the Expedition’s mass.

Moving this massive sport utility is a twin-turbocharged V6 that generates 375 hp and a diesel-like 470 lb-ft of torque (further upgrading to the Platinum trim sees output grow to 400 hp and 480 lb-ft of torque). Acceleration is swift from a standing start, the 3.5L engine doing well to move the hulking Expedition – especially with the drive dial set to Sport.

Shifts are smooth, too, with the 10-speed automatic matching the steady rise of the engine’s speed in lockstep. Unfortunately, the combination can occasionally be caught flat-footed on the highway, the hulking SUV becoming cumbersome when the need to pass or merge arises. Each one of its more than 2,550 kg (5,622 lb) strains the powertrain as it works to increase forward momentum – particularly should the transmission fail to downshift on its own.

Of course, a vehicle this big isn’t built to be spry and yet the Expedition possesses an undeniable – and almost unbelievable – agility. No, it’s not nearly as nimble as something a little less super-sized, but considering it shares a platform with the F-150 and stretches 5,333 mm (210 in) from tip to tail, approaching a twisting stretch of tarmac never feels troublesome.

The Expedition performed admirably through one of your author’s favourite winding roads, feeling decidedly un-trucklike. Never tipping and only barely leaning, the three-row snaked its way through without much fuss. Likewise, the suspension was able to soak up the worst the road had to offer, dispatching harsh stretches before much of it reached the cabin. Unsurprisingly, it was only the 22-inch alloys the King Ranch rides on that let occupants know about any rough stuff underneath, with all the unsprung weight of the massive wheels clunking over broken pavement and curb cuts.

There’s little doubt that a V8 engine would provide the extra grunt the Expedition often feels like it’s missing. The six-cylinder under the hood, however, is more efficient than its larger rivals, though not by much. Natural Resources Canada (NRCan) ratings come in at 14.1 L/100 km in the city, 10.6 on the highway, and 12.5 combined – and that’s running on regular-grade gasoline. Real-world results skewed closer to the Expedition’s ratings around town despite the vast majority of the 700 km driven being racked up on the highway. The final tally stood at 13.4 L/100 km.

Such is the trade-off of a vehicle that’s capable of moving 2,962 L of stuff in a fully enclosed space and pulling as much as 4,173 kg (9,200 lb) behind it. Those in need of even more room inside have the impossibly enormous Expedition Max, which adds even more cargo volume but nothing extra to the passenger area.

Both rows of back seats can be folded via buttons just inside the tailgate when it’s time to load the Expedition full of cargo, taking the hassle out of the process. With the third row stashed away, the 1,627 L of space is ample for swallowing more than a few hockey bags. Tipping the second-row seats forward unlocks the full cargo-carrying potential of the Expedition, with enough room for a sheet of plywood to fit in the back.

When it’s time to move people, interior accommodations work on a sliding scale, with priority given to those in the frontmost seats. That the F-150 is offered with a front bench pays dividends in the Expedition, with plenty of room for driver and passenger up front and a massive console between them. Storage is ample, with big door pockets, a pair of glove compartments, and a couple of different console bins to stash personal items.

The second row is roomy, too, with captain’s chairs in the King Ranch and about as much space to stretch out as what’s offered up front. Both tumble forward pretty easily to provide access to the third row – the only set of seats that feel like a consolation prize. While the second-row chairs can be slid fore and aft to for increased legroom, it’s somewhat cramped in the furthest reaches of the cabin.

Those rearmost seats aren’t exactly comfortable either, with thin and flat cushions that aren’t especially supportive. The captain’s chairs in the second row aren’t much better when it comes to contouring, but the cushions should provide complaint-free trips to the cottage (they come heated in the King Ranch, too). Unsurprisingly, the front seats are superb, and come with heating and ventilation – though in an odd twist they can’t be optioned with massage functionality; to get that, please proceed to the Platinum trim.

The lack of massaging seats in such an expensive SUV is a result of the logjam at the top of the Expedition lineup. With only $1,650 separating the King Ranch and Platinum trims, the former suddenly feels short of features despite its premium price tag.

Sure, there’s the upgraded leather, stylish exterior accents, adaptive cruise control, and self-parking system; but most of the rest of the good stuff comes in the cheaper Limited trim: the tri-zone automatic climate control system; the heated and ventilated front seats; the heated steering wheel and second-row seats; the 12-speaker stereo; and the infotainment system with Apple CarPlay, Android Auto, and built-in Wi-Fi – it’s all there.

That the Expedition King Ranch is missing the Platinum version’s massaging front seats and adaptive damper system puts it in a sort of pricing purgatory, where it makes far more fiscal sense to sidestep this signature model in favour of something else in the Expedition lineup.

Specced as shown, with the $400 package that comes with crossbars for the roof and a cargo divider for the back – both of which are included with the Platinum trim – and the $1,400 tow package that upgrades the radiator and rear differential, and adds the back-up assist system and trailer brake controller, lands the Expedition King Ranch at a pre-tax price of $84,550.

With some serious incentives applied, it still crests the $75,000 mark before the government’s share is tacked on. Considering the top trim is only about $1,000 more with the tow pack added and the Limited is $5,000 less, the King Ranch is tough to choose despite the presence it possesses.

Ultimately, that’s what you’re paying for with the Ford Expedition King Ranch: presence. It’s got stand-out style that sets it apart from the rest of the lineup – not to mention other brooding SUVs out there – but it’s priced awkwardly, coming too close to the top trim while lacking a couple key features that would help justify its asking price. If you’re after a monstrous sport utility the Expedition is an excellent choice, but there are better returns to be found elsewhere in the lineup. 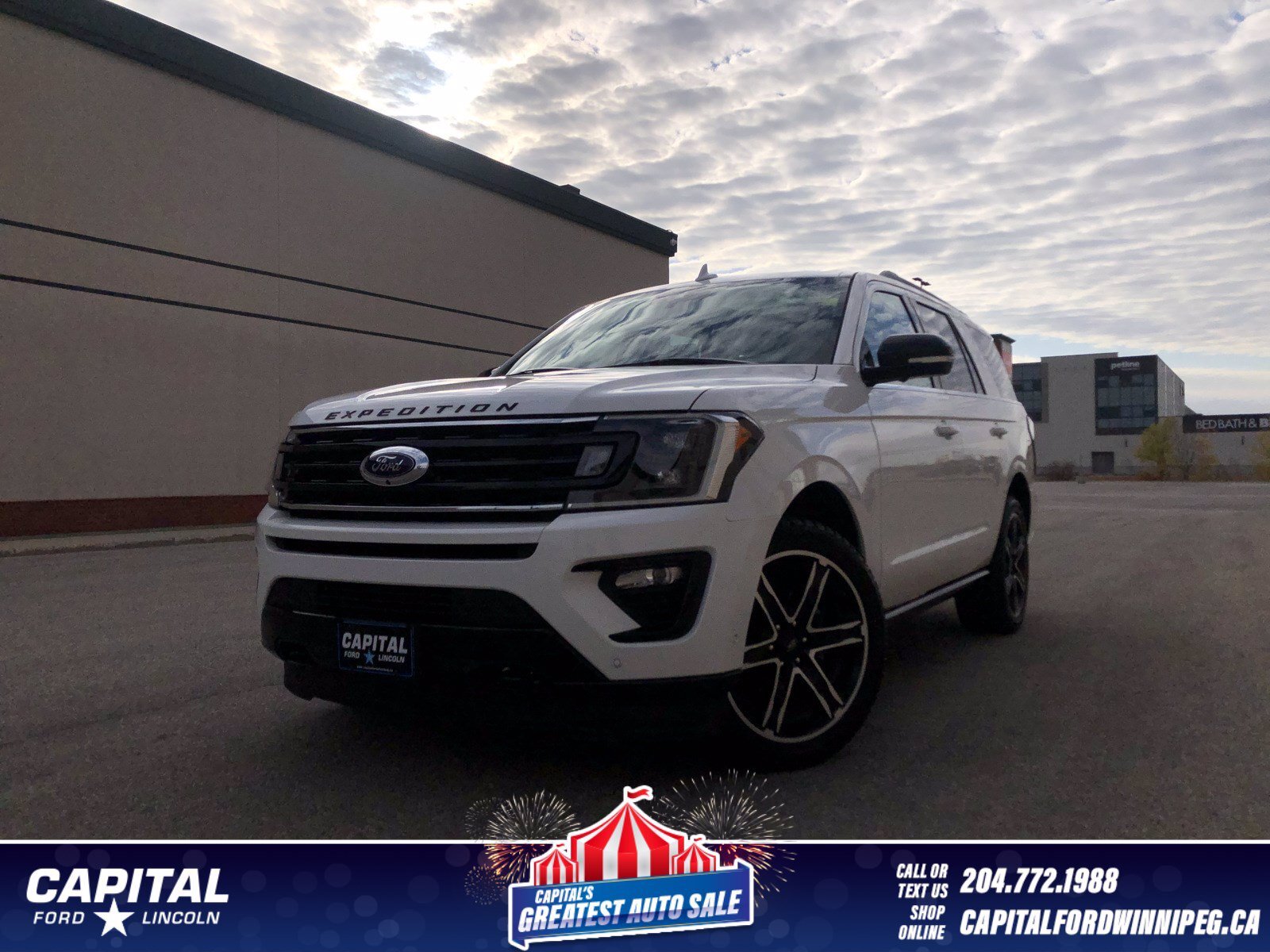 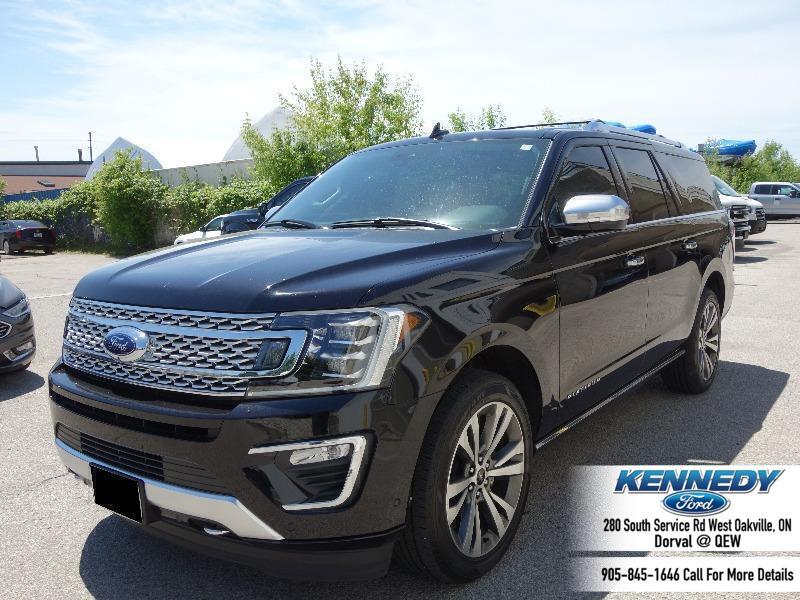