Everything old is new again – at least when it comes to names.

Not long after the Blazer name was reintroduced, the 2021 Chevrolet Trailblazer is back, too. But they’re just names, of course, and instead of being truck-based as before, the Trailblazer is now a small, unibody SUV, in front- or all-wheel-drive. It slips into the Chevy lineup between the smaller Trax and larger Equinox.

You certainly couldn’t miss my tester’s shade of Oasis Blue; a couple of times when I parked it, people called over to say how much they liked the colour. And surprisingly, it’s one of only two colours that isn’t extra-charge, along with white. Red, black, and silver will set you back $495 each, and a pearl tri-coat paint job is $1,195.

The Trailblazer is styled similarly to the bigger Blazer, and it’s a well-proportioned design. The nose includes Chevrolet’s new signature twin grille, while the rear end is cleanly styled. The liftgate – power-operated and hands-free as part of my tester’s options – opens to reveal a fairly low liftover for easier stowage.

The United States National Highway Traffic Safety Administration (NHTSA) gives the Trailblazer a four-star rating, one below its top five-star, the result of earning five stars for side crash protection, but only four for frontal crash and rollover. As of this writing, the Insurance Institute for Highway Safety (IIHS) hasn’t rated it yet.

The base LS trim includes emergency front braking with pedestrian detection, lane-keeping assist, a tire-pressure monitoring system, tire fill alert (which lets you know when you’ve filled a tire to the proper pressure), and, of course, the rearview camera that’s mandatory on all new vehicles.

Move up from there – LT, Activ, and RS – and you get rear park assist, blind-spot monitoring, and rear cross-traffic alert. My tester was also equipped with adaptive cruise control as part of its technology package. It did the job of maintaining its distance from traffic in front, but while most of these systems have improved to become much smoother, the Trailblazer’s tended to be jerky as it adapted to cars moving in and out of its way.

The Trailblazer may be a small vehicle, but it makes the most of its footprint nevertheless. Up front, you get a decent amount of small-item storage, including console cubbies and large door pockets. It’s rated for 454 kg (1,000 lb) of towing capacity, and while that isn’t very much – maybe a little box trailer with mulch for the garden – most automakers have a “not recommended” tow rating on their smaller sport-utes.

Open the liftgate, and you get an impressive amount of cargo space for the vehicle’s size. It’s 716 L with the rear seats up, which is better than just about everything in this small-sport-ute segment; Honda’s HR-V comes the closest at 688 L, while Toyota’s C-HR, Hyundai’s Venue and Kona, and Mazda’s CX-30 are below 600 L.

The Trailblazer’s cargo floor slides out and can be set into higher or lower positions, and the rear seats fold flat for extra space. But wait, there’s more: the front passenger seat folds forward, too, and you can put an eight-foot piece of lumber in and shut the hatch.

Simple is always good, and the Trailblazer provides that ease of use that helps to reduce distraction. The climate control and heated seats are operated by hard buttons and dials, although some of the switchgear could be larger for even easier operation, such as those for the vent mode.

The touchscreen includes large, easy-to-use icons, with hard buttons for home and back functions.

The base LS includes automatic headlights with automatic high-beams, a seven-inch touchscreen with Wi-Fi hotspot, 17-inch alloy wheels, air conditioning, that flat-folding front seat, and Teen Driver, which lets parents set speed and volume controls. All trim levels also include wireless Android Auto and Apple CarPlay – developed by General Motors (GM) at one of its Canadian facilities. It’ll be added to all GM vehicles globally, and it makes its debut on the Trailblazer.

The LT is where most buyers will start, since it adds such features as heated seats and mirrors, cruise control, a power driver’s seat, keyless entry, and cargo side rails. My RS tester upped that with 18-inch wheels, a leather-wrapped steering wheel, cloth and faux-leather upholstery, six speakers, active noise cancellation, and LED taillights. It took some option packs to then add wireless charging, LED headlights, a premium stereo, an auto-dimming rearview mirror, and a 120-volt power outlet.

Still, even at the highest option levels you can’t outfit a Trailblazer with a heated steering wheel or dual-zone automatic climate control, and no doubt due to those wireless phone interfaces, there’s no embedded navigation.

The Trailblazer shares its two available engines with the new Buick Encore GX, both of them turbocharged and with three cylinders. A 1.2L engine, making 137 hp and 162 lb-ft of torque, is used in front-wheel-drive models, mated to a continuously variable transmission (CVT). All-wheel-drive models use my tester’s 1.3L, making 155 hp and 174 lb-ft of torque, with a nine-speed conventional automatic transmission.

That little engine gets you where you’re going, but don’t be in too much of a hurry. Acceleration is leisurely and there’s not a great deal of passing power, so plan your highway moves carefully. The nine-speed transmission often seems like it has too many gears for the task and shifts a lot, trying to get into those fuel-saving higher gears as quickly as possible. In moderate driving, it tends to keep the engine around 1,100 rpm, where it lugs along with an irritatingly noisy growl. I recall being a bit more satisfied with this engine when I drove the Encore GX.

Along with lots of cargo space, the Trailblazer has a fairly roomy cabin for its size. There’s a lot of space for spreading one’s feet in the front footwells, and the seats are more comfortable and supportive than I usually expect to find in the segment.

The rear chairs aren’t quite as sculpted, but they still do a decent job, and the RS includes a pull-down centre armrest for passengers back there. As with just about everything this size, you don’t want to be in that middle seat for too long, of course. Rear-seat legroom is very good unless the front chairs are pushed to the farthest-back limits of their travel, but people in behind still have considerable space under them for stowing their feet.

The Trailblazer is a nimble little thing, with a tight turning radius and steering that’s light but not flimsy. It feels solid and it’s confident on the highway without the need for constant correction. The all-wheel drive system is optional on the LT, and standard on the Activ and RS. It primarily drives the front wheels until more traction is needed, and it’s driver-selectable using a button on the console.

Front-wheel drive saves fuel, but I’d rather have a system where all-wheel traction is activated all the time, since it’s hard to predict when it’ll be needed; a road may look dry, but there could be a wet patch around the corner.

After picking up my Trailblazer and hitting the highway to go home, I got caught in a monumental rainstorm. Still unfamiliar with the car, I forgot that I had to manually activate all-wheel drive, and it made a considerable difference in performance when I finally did. On the plus side, I do like that if you engage the system it stays on each time you start the engine until you actually touch the button to turn it off.

The Trailblazer with all-wheel drive is officially rated at 8.9 L/100 km in city driving; 7.8 on the highway; and 8.4 in combined driving. I hit it exactly in my week with it, at 8.4 L/100 km, and without really trying to squeeze my numbers down.

On the other hand, just about everything in this segment is fuel, and three versus four cylinders doesn’t seem to make a huge difference. Competitors like Honda’s HR-V, Toyota’s C-HR, Nissan’s Qashqai, and the Hyundai Kona and Ford EcoSport all rate around the 8.4 to 8.6 range.

Still, while my as-tested $35,083 tester had quite a few features, it didn’t quite feel up to its price, with its plastic-heavy interior and lack of a few items found on other vehicles in their top trims, such as dual-zone climate or embedded navigation. I also don’t care for sunroofs, especially panoramic ones, and would have liked to see that as a stand-alone option, rather than bundled with a power liftgate that I do like and want on my vehicle.

It’s said that you can’t have it all, and the Trailblazer is a good example of that. It’s roomy and comfortable for the segment, with a lot of cargo space, but with a grumbly little engine and over-excitable transmission that often detracts from the driving experience. Cross-shop it, but test-drive it thoroughly, to see how good its good points are, and if you can live with those that sometimes fall a bit short of its worthy competitors. 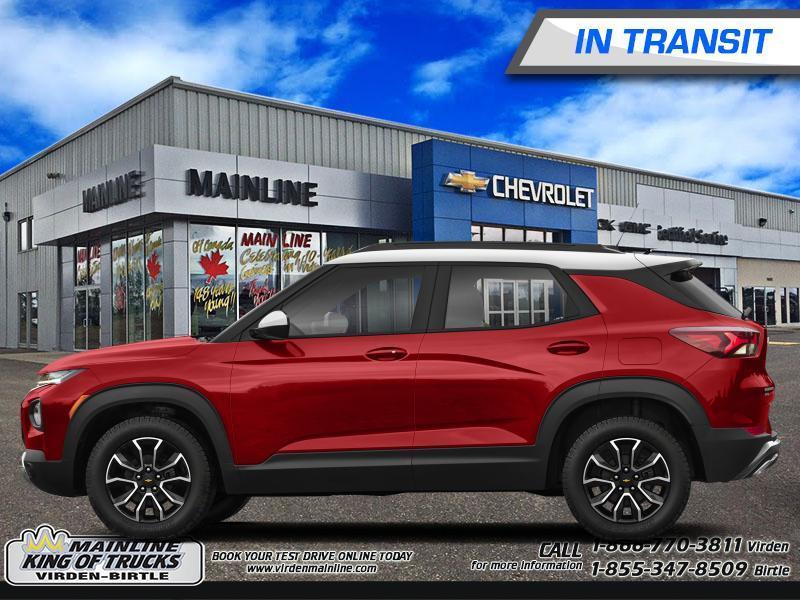 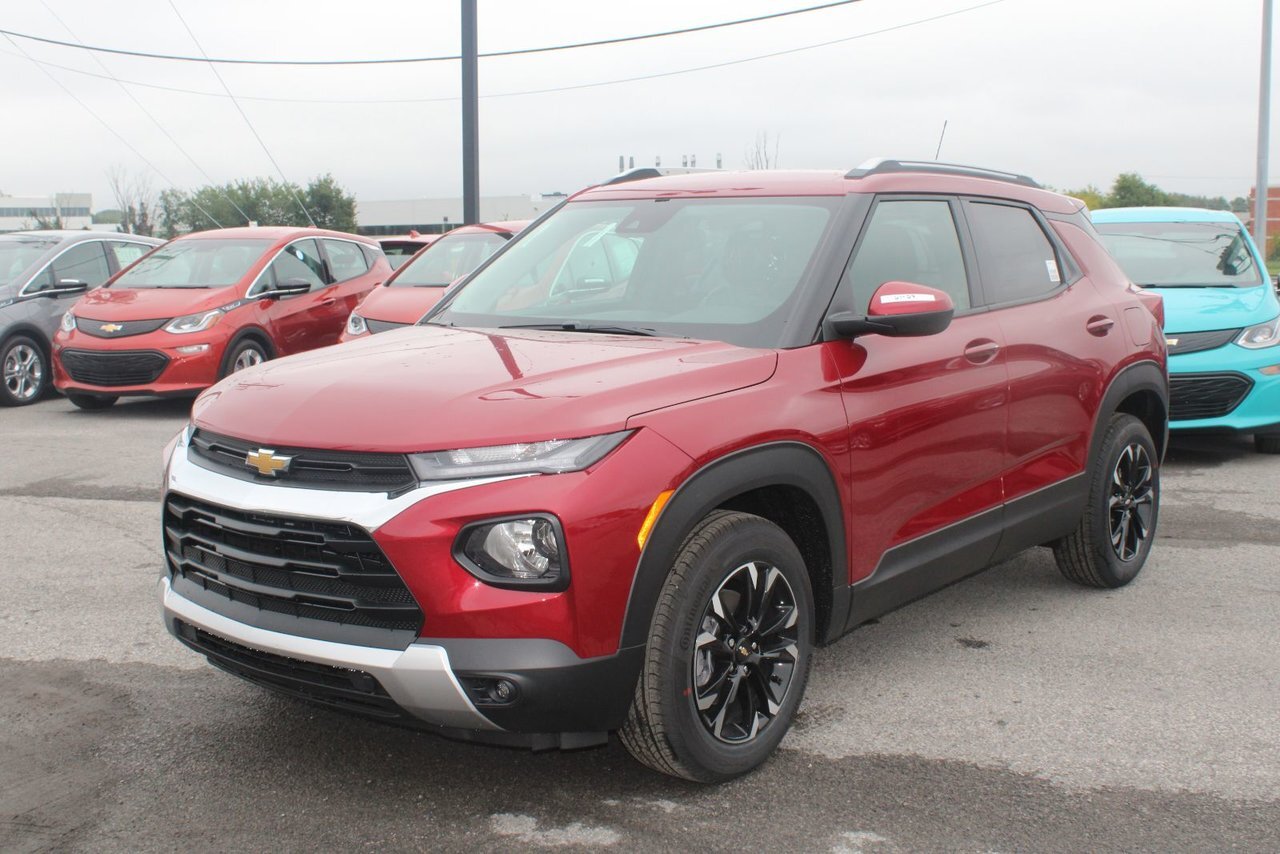