When the decision came to review the 2020 Chevrolet Malibu, both my esteemed editor and I reacted the same way: Chevrolet still makes the Malibu?

It’s a model that’s been around forever, yet it seems to have been forgotten. And as companies are moving away from cars in favour of crossovers, and the Malibu is the last Chevy sedan left standing.

The Malibu plays its styling down the middle, with nothing too edgy. The twin-grille nose actually looks better in person than in pictures, and the smooth rear end features Y-shaped taillights. My tester was optioned with a $995 “Midnight Edition” package with blacked-out wheels, grille, and badges, but I’d leave it off; I think the car looks better with a bit of chrome.

The cabin design also plays it safe, with a smooth and simple design that gets the job done but looks dated – not surprising since this version has been around since 2016, albeit with a minor refresh last year.

The United States National Highway Traffic Safety Administration (NHTSA) gives the Malibu an overall rating of four out of five stars for crashworthiness, its five frontal-crash stars dampened by its four for side crash and rollover. Meanwhile, the Insurance Institute for Highway Safety (IIHS) gave its highest “good” rating in five of its six tests, with “marginal” for passenger-side front overlap, plus “marginal” for child-seat tether ease of use.

But if you want higher-tech safety assist features, they’re only available as options on the LT, or included with the Premier trim level. My tester was equipped with lane-keeping assist, automatic high-beam headlights, emergency front braking with pedestrian detection, rear park assist, blind-spot monitoring, and cross-traffic alert. But it was part of a $4,500 LT Plus Package that also included leather seats, auto-dimming mirrors, and a power sunroof; but not adaptive cruise control, which is unique to the Premier trim.

One reason the Malibu is still around is its popularity with fleets, and only the practical survive and thrive there. The trunk is about mid-pack with competitive sedans – larger than the Toyota Camry or Nissan Altima, for example, but smaller than the Hyundai Sonata or Honda Accord.

Up front, the Malibu does a decent job for small-item storage, with an open console cubby and wonderfully long and large door pockets.

The Malibu is simplicity on a stick – always a bonus in my books. All models come with an eight-inch touchscreen that has a hard-touch Home button to get to the main menu, and large, simple icons to tap for what you want.

I would have preferred a dial for the fan speed rather than two toggles, but the climate control system is equally easy to use, and is dual-zone and automatic on the LT and Premier. Three-stage heated seats are also included, and they’re activated by a hard button. The control buttons on the steering wheel are behind a rubber overlay, and while you have to press a bit harder – and they add to the dated appearance – they’re easier to keep clean than conventional buttons.

Although the Malibu is a fleet warrior, even the base LS comes relatively well-stocked, with air conditioning, tire pressure monitoring, automatic headlights, keyless entry with push-button start, Apple CarPlay and Android Auto, and a Wi-Fi hotspot, although you have to pay a subscription to keep it going once the trial period expires.

At my LT level, additional standard features included LED running lights and taillights, heated mirrors, a power driver’s seat, remote start, heated seats, and satellite radio. Move up to the Premier and it tops out with all the safety assist items that were optional on my car, plus LED headlights, adaptive cruise control, auto-dimming mirrors, a 120-volt outlet, heated steering wheel, sunroof, premium stereo, navigation, and leather-clad heated and ventilated seats.

Put your foot into it, and the smaller engine is peppy enough off the line, and it settles into a fairly smooth cruising mode. It doesn’t sound powerful, however, because the CVT has an annoying drone that sounds like everything’s working too hard to make something happen.

The Malibu is roomy, both in the front and rear seats. Rear legroom is good, and despite its swoopy roof styling, there’s decent headroom for those in the back. The rear seat is also wide enough that someone in the middle won’t be plotting your demise for putting them there.

The seats proved comfortable after a couple of hours in them, with sufficient support. The rear seats are harder and flatter, but still viable for passengers back there on a longer trip.

The Malibu feels like an older vehicle in the driving department. It goes where you point it, but with very little steering feel. One doesn’t expect it to be a sports sedan, but the electric steering could be better tuned for a livelier, more organic feel.

The ride is generally smooth, but the undercarriage gets noisy and clunky over bumps. As my Designated Passenger pointed out, my tester sounded like a taxi with more than a few trips under its belt.

Mind you, automakers have been doing very well with vehicles in this segment overall, and while the Malibu is among the fuel-sippiest of its competitors for that 7.5 L/100 km combined, most are close to or below 8.0 L/100 km as well.

My tester started at $27,748, and I’d probably add the LT Plus Package at $4,200, but leave off the $995 worth of blacked-out trim. That would give me the fancier interior and driver assist items, and still be a few dollars below $32,000. The purchase price also includes two years or 24,0000 km of scheduled oil changes.

Rumour is that the Malibu is heading for the chopping block, either for 2022 or 2024, depending on whose version you hear, and likely won’t be replaced as consumers increasingly move into crossovers. I’d cross-shop the Malibu with competitors, most of which offer a more satisfying driving experience. But with its roomy cabin, fuel economy and price, this forgotten model is still worth a look. 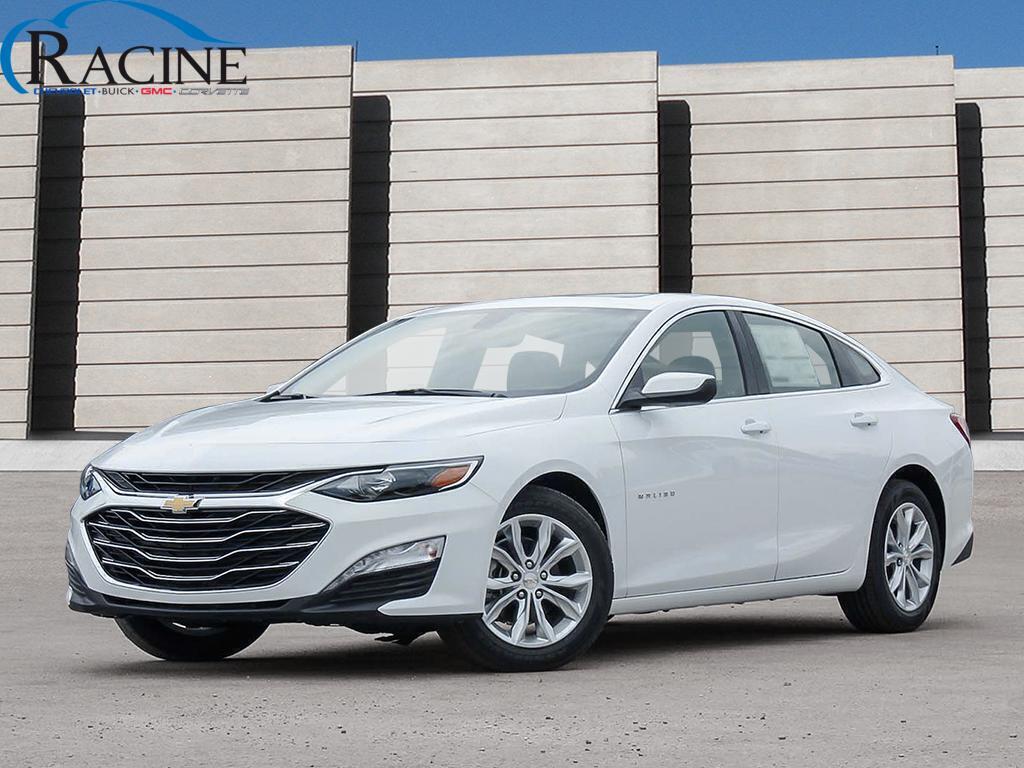