The Wrangler is the quintessential Jeep, but of course it’s not the only one. I didn’t get the famous “Jeep Wave” from Wrangler owners in my Renegade, but since I had the Trailhawk version, I probably could have matched them most of the way on an off-road excursion.

The Renegade got a makeover for 2019, and so changes for 2020 are mostly limited to some tweaks to the option packages. Pricing starts with the entry-level Sport at $29,245, while my Trailhawk begins at $34,445. It had a number of options added to it, bringing it to $39,915 before freight and taxes.

The Renegade is an odd-looking duck, especially from a three-quarter view where it tends to look tall but stubby. I’m also not a fan of the white inserts in the taillights, which remind me of a pedestrian crossing sign. It’s got the trademark Jeep grille, but it’s built in Italy by Fiat, and its relationship to the Fiat 500X is unmistakable. Jeep loves to hide Easter eggs in its vehicles’ trim and window surrounds, so see if you can find the military Jeep, hidden grilles, and a Sasquatch lurking somewhere outside.

It all gets better inside, where the Renegade bears more resemblance to its Jeep siblings, including a passenger grab handle and painted accents – but while they stood out, I expected my blue Renegade to have blue accents, not bright red ones.

While both the United States-based National Highway Traffic Safety Administration (NHTSA) and Insurance Institute for Highway Safety (IIHS) bang up their test vehicles pretty good, they don’t always come to the same conclusions. NHTSA gives the Renegade four stars in all categories of frontal crash, side crash, rollover, and overall – one fewer than the ultimate five-star rating. Meanwhile, the IIHS gives it a Top Safety Pick rating (only the addition of a + moniker is higher), giving it the top “Good” rating in everything but small passenger-side overlap, where it earns “Average.”

My tester included blind-spot monitoring, but it was part of an $890 options package that also added a tonneau cover and a security alarm.

Overall, the Renegade functions as most small-utes in this class do: it’s fine for the front-seat occupants, but with far less space in the rear. The cargo compartment is relatively small – you get more cargo volume in a Hyundai Accent hatchback – and there’s not a great deal of small-item storage space up front.

Practicality is also in the eye of the beholder when it comes to the Renegade’s off-road chops. Equipped as the Trailhawk, it’s surprisingly more off-road capable than you’d ever expect, but for the price premium, will you actually use it? Less-expensive Renegade trim levels will get you over virtually any cottage road.

Most vehicles on the Chrysler side of the Fiat Chrysler Automobiles (FCA) collective prioritize ease of use, and for the most part, the Renegade falls in line with that. My tester was upgraded from the stock seven-inch touchscreen to an 8.4-inch unit, but everything uses the Uconnect infotainment system – one of the best in the business. The icons are large and the menus are intuitive, and you get dials for volume and tuning.

The dual-zone climate control is also simple, although I prefer a dial for adjusting the temperature rather than the twin buttons here. The heated seats and steering wheel are activated through the centre screen, instead of with hard buttons, no doubt because they’re add-on options but it still adds annoying extra steps. However, the drive modes and off-road settings are a big button-and-dial combination that’s simplicity on a stick.

The Trailhawk comes standard with several nice-to-have features, including dual-zone climate control, push-button start, cruise control, Uconnect with Android Auto and Apple CarPlay, satellite radio, an 115-volt power outlet, automatic headlights, heated mirrors, fog lights, tire pressure monitoring system, and the rearview camera that’s mandatory on all new vehicles. It also includes rain-sensing wipers, but like all of these from all manufacturers, the system is easily confused by light drizzle.

For other items, you need to check the option boxes. My larger touchscreen with navigation, HD radio, and SiriusXM traffic and travel link was $995; while my heated seats and steering wheel were part of a $1,995 package that also adds such items as leather upholstery, auto-dimming mirror, power driver’s seat, and instead of a 60/40 rear seat, I got a 40/20/40-folding rear seat with pass-through.

Lower trim levels use a 2.4L four-cylinder, but the Trailhawk comes exclusively with a turbocharged 1.3L four-cylinder that makes 177 hp and 210 lb-ft of torque – less horsepower than the 2.4L, but more torque. It’s mated to a nine-speed automatic transmission, and four-wheel drive capability is standard across the lineup. The engine has start-stop technology, which shuts it down at idle – such as when you’re sitting at a red light – and starts up when you take your foot off the brake to save fuel and emissions. This can be temporarily disabled with a button on the console (and not, as some automakers do it, by paging through the screen menus!).

But while my engine’s power numbers look good on paper, this is a relatively heavy little beast, weighing in at 1,602 kg (3,527 lb), and acceleration is correspondingly underwhelming. The engine is rough and growly, and the nine-speed transmission shifts a lot. The Renegade’s drivetrain will get you where you’re going, but I’ve driven much smoother and more satisfying units.

The Renegade’s boxy shape means decent headroom for both sets of chairs, but you’ll definitely want to be up front. Unless the front-seat passengers move far ahead, there’s not a lot of space for the second row.

The seats themselves proved to be better than expected on a drive of two and a half hours. The optional power seat helped me find the right driving position, too. But when my taller-than-me husband went to get behind the wheel, and tapped the power adjuster to move the seat back, nothing happened. When the Renegade is first unlocked, the engine has to be started before power goes to the seat adjuster. I can’t recall another vehicle like that – most let him move the seat from outside, for easier entry – and it was a bit annoying.

The Renegade is a nimble little thing, responding quickly and accurately to steering. The ride is smooth enough, given the short wheelbase and narrow track, and it feels more your average compact sport-ute than an off-road warrior.

But if you point it to the wilderness, prepare to be surprised. The four-wheel drive system primarily runs in front-wheel until more traction is needed. All trim levels include a traction management system that optimizes the all-wheel drive to handle pavement, snow, sand, and mud. The Trailhawk adds a rock setting, plus four-wheel low, four-wheel lock, and hill descent control, and can get you down to a 21:1 crawl ratio. I’ve taken one of these on a tough course and it really does get it done. It wears Jeep’s “Trail Rated” badge, indicating that it meets standards for traction, water fording, articulation, ground clearance, and manoeuvrability – and although Jeep stubbornly refuses to divulge exactly what those standards are, anything that wears it doesn’t break a sweat on tougher terrain.

That’s relatively thirsty compared with some other compact, all-wheel sport-utes, such as the Hyundai Kona, Ford EcoSport, Mazda CX-30, Mitsubishi Eclipse Cross – or the Toyota RAV4 Trail TRD Off Road, which rings in at 8.6 L/100 km combined.

The Compass starts out slightly less than the Renegade; you can get it in a very capable Trailhawk version; and I don’t think many people find the Compass’ mini-Grand Cherokee looks to be inferior to the oddball little Renegade. For my Renegade’s $34,445 starting price, you can also get pretty close to a base Wrangler. You won’t get any of the Renegade’s fancier toys, but you will get the “Jeep Wave.”

Buyers are bypassing the Renegade, and I’m guessing it’s because of the nature of the beast. Jeep is among the most traditional brands on the market – 70-plus years later, the Wrangler still bears resemblance to the wartime Willys – and the Renegade doesn’t really fit in. Those who just need to cross a cottage road don’t need this much capability, while those serious about the trails want something serious-looking. The Renegade isn’t, even if it really can get them there. Test-drive it, but see what else is in the showroom when you do. 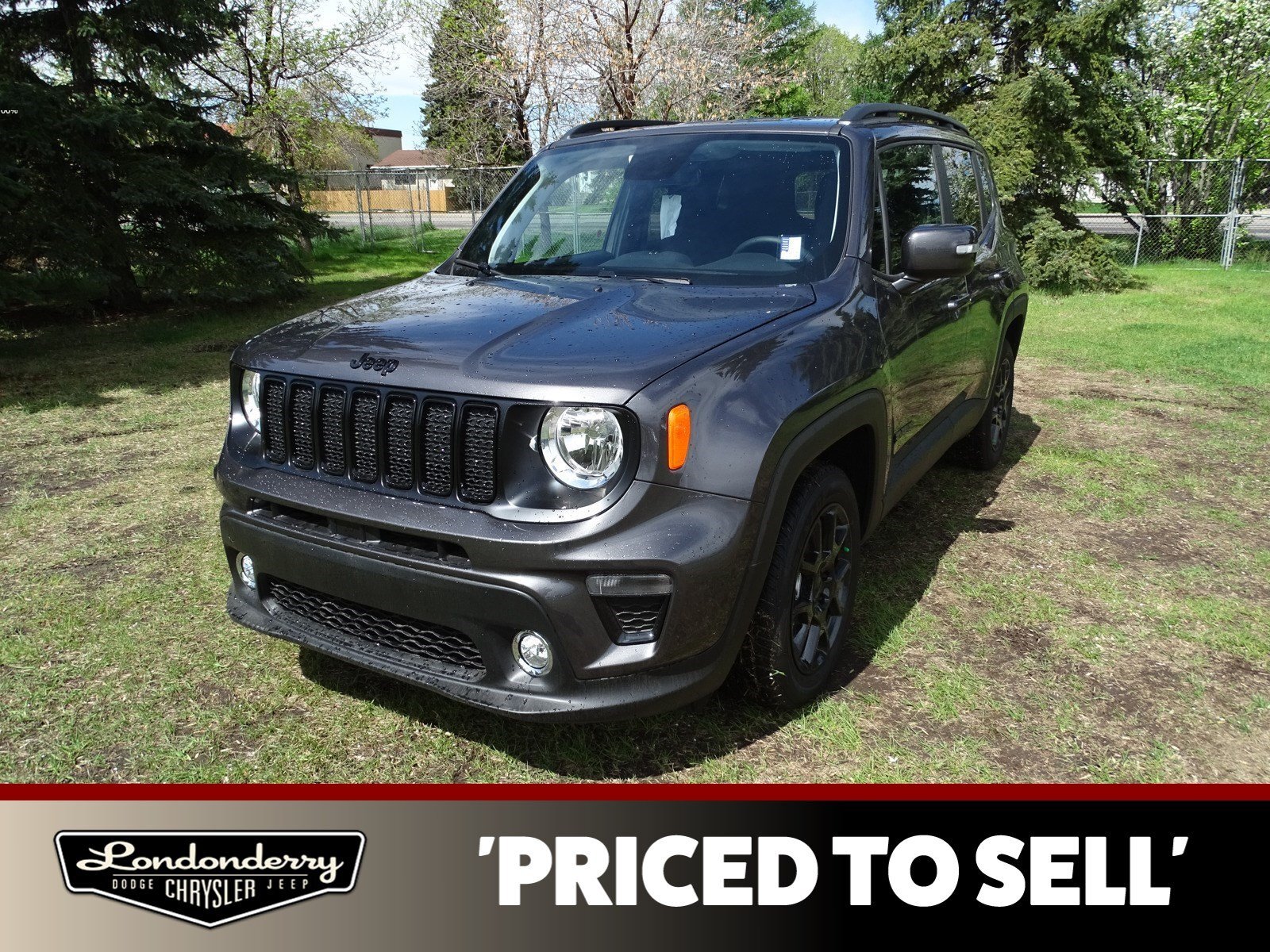 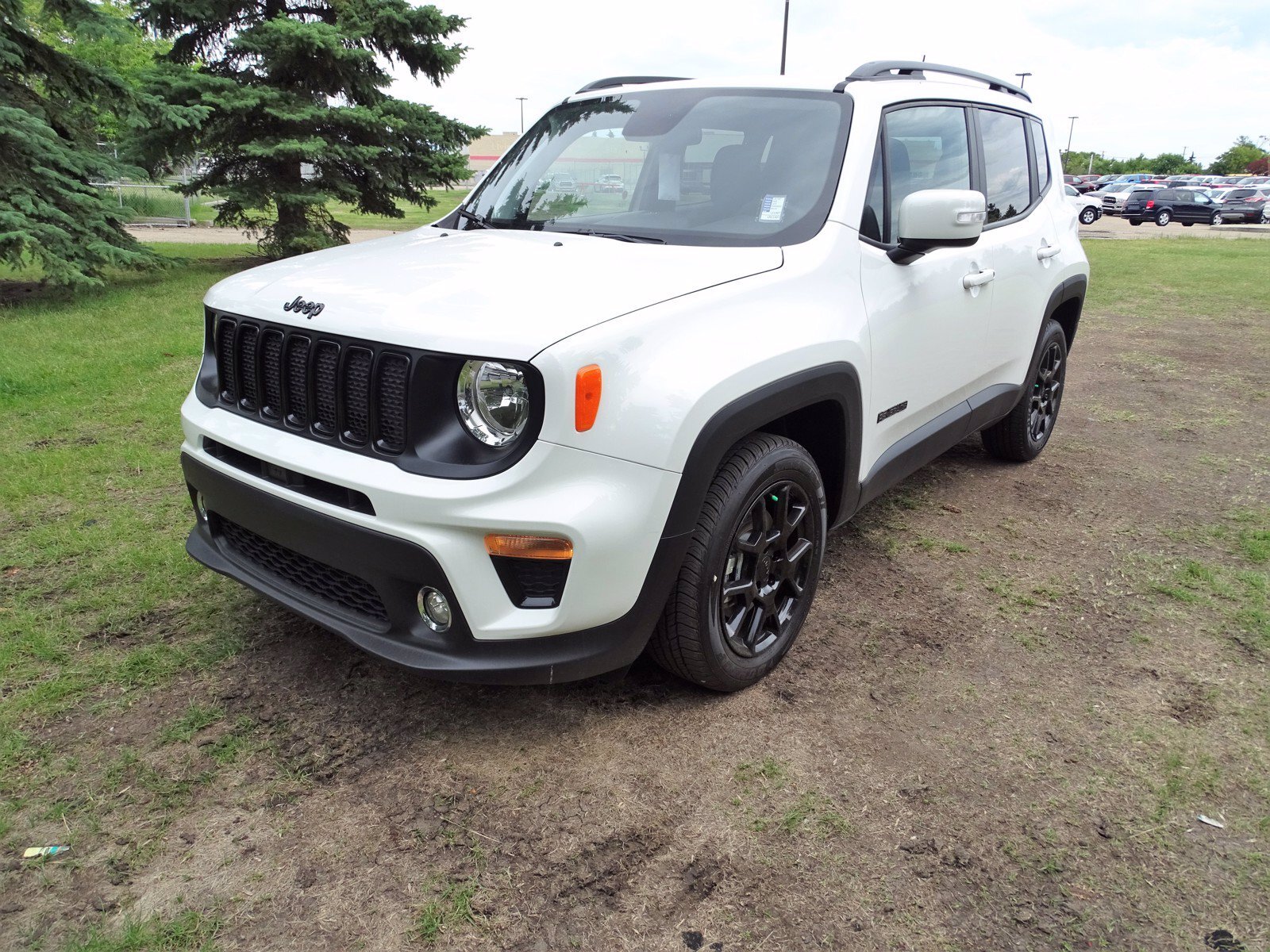