The British monarchy holds a unique place in our society. Thought by some to be completely anachronistic and irrelevant, there are also hordes of loyal fans who will lap up any tidbit of royal tabloid gossip and pay big bucks for memorabilia featuring any member of the famous family.

It’s a similar situation for big sedans like the 2020 Lincoln Continental: although thoroughly modern, the concept behind this regal limo is rooted in times long past.

Large sedans are quickly fading into obscurity with only those die-hard fans upset at their demise. The Continental is a nameplate with a storied history and a brief revival, but it will be discontinued after this year. That’s a shame, because the Continental is fit for a queen.

The Queen’s outfits, while classy, are usually colourful and perhaps even flamboyant – a stark contrast to the understated Continental. With its dignified posture, elegant lines, and majestic presence, the Continental exudes luxury and quiet confidence. I love the fancy fixed door handles that you squeeze instead of pull to open, the mesh in the grille that’s made up of tiny Lincoln logos, and the jewel-like headlights. It all adds up to make a cohesively styled, handsome sedan that looks especially stately from the rear.

However, I noticed a few small fit and finish issues with some exterior panels. As an example, the taillight housing and brake lights didn’t line up perfectly with the sections on the trunk. It was a small misalignment, but in a luxury car it’s enough to tarnish the experience.

Inside, quiet confidence is again the theme, with tasteful open-pore wood, brushed aluminum, not too much chrome, soft but durable leather, and padded surfaces throughout. There’s nothing too flashy inside and Lincoln showed some restraint in the design and use of materials. While some might criticize that decision for being too conservative or old school, sometimes restraint is the key ingredient some luxury brands lack.

The Lincoln Continental is definitely a party-in-the-back situation, as rear seat passengers get almost all the same amenities as those in the front seats. Rear-seat passengers have a lot of shoulder- and legroom to sprawl out and even take a nap. The rear seat backs can recline generously while passengers take advantage of the massaging seats that are also heated and ventilated. Rear-seat passengers also have sunshades and personal heating and cooling settings they can deploy from the control panel hidden in the middle seat backrest, where they can also control the audio system.

Pretty much the only feature exclusive to the front is the 30-way adjustable seats. It’s a bit overkill to have that much customization, and in the end, it was too much work to get just right. Everything from thigh support to lumbar, bolstering, and even seat firmness can be adjusted from the buttons on the seat itself or through the touchscreen. It might seem a bit much, but absolutely no fatigue set in during a long drive.

For a limo, the Continental doesn’t have generous headroom in the back seats. There is a spot carved out into the headliner, but it still isn’t enough space for a six-footer to sit without squashing their hair. Even the tiny Queen Mother’s big hats would cause an issue; there’s definitely not enough room to sit comfortably with a large chapeau.

The trunk, however, is absolutely enormous and was able to fit two adults, two kids’ worth of cottage gear in the back. Pool noodles, lifejackets, pillows and bedding for four people, coolers, two suitcases, a beach umbrella, an air mattress – we just kept loading it up and still had room to spare. Officially, the Continental is rated at 473 L of cargo capacity.

The cabin also has many storage cubbies both front and back to hold smaller items like keys, phones, wallets, or perhaps even some jars of Grey Poupon.

The Lincoln Continental has all the features we’re right to expect in a luxury limo: the full list of tech and comfort amenities are included with my Reserve model tester, though some are optional.

If you are using the big sedan to chauffeur some fancy folks, you’ll probably want to opt for the $5,250 rear seat package that includes all the amenities like massaging/heated/ventilated/reclining seats, sun shades, and the centre armrest controls. Inflatable rear seatbelts are also included in this package, an innovative piece of safety tech.

Packed with all this safety tech, the Insurance Institute for Highway Safety (IIHS) says the Lincoln Continental is a Top Safety Pick+, the best available designation. The sedan has the highest “Good” rating in all of its crash tests, and its crash prevention systems are rated as “Superior.” Although the standard headlights are rated “Poor,” the upgraded ones get a “Good” rating.

All the tech works well, except I experienced one instance when the adaptive cruise control was a beat too slow to react to another motorist cutting me off, resulting in me losing faith and slamming on the brakes myself. In most other instances, the system’s acceleration and deceleration feels natural and progressive.

It should also be noted that Lincoln gives you the option to use regular cruise control or adaptive, but drivers have to go into a menu using the steering wheel controls to change it. Make sure to check which system is activated before you use it for the first time, as the car doesn’t make it entirely clear which one is selected if you can’t confirm via the settings.

It’s little things – like not immediately knowing which cruise control system is being used – that Lincoln fumbles in the user-friendliness department. Another example is that during my week with the Continental, I couldn’t figure out a way to flip between Android Auto and the native infotainment system. If using Google Maps to navigate but enjoying satellite radio, there is no intuitive way to change to a different preset channel or even pick a fan placement for the climate control. Having a home button would solve this problem pretty easily.

The sedan is full of these little puzzles where basic functions are buried in menus or something you’re looking for isn’t where you expect it to naturally be. None of my passengers knew immediately how to open the door to exit the car; instead of a traditional handle to pull, passengers must push a button that’s located far lower than a handle would normally be. There are many buttons that require some guessing and some functions that are unnecessarily convoluted (like the 500-way adjustable seats).

All-wheel drive, a six-speed automatic transmission, and a twin-turbo 2.7L V6 with 335 hp and 380 lb-ft are standard, but my tester came equipped with the upgraded twin-turbo 3.0L V6 with a generous 400 hp and 400 lb-ft of torque. This is a fantastic powertrain and has enough power and poise to comfortably and smoothly hustle the big sedan to highway speeds in admirable time, even when packed with passengers and cargo. The V6 even sounds pretty good, a nice surprise. The transmission is smooth, always in the right gear, and I never felt any weird hiccups.

The Continental displays great confidence in the way it drives. Although it feels quite heavy under braking and would benefit from a sharper setup, every other aspect of the drive is pretty much flawless. The steering feels a bit artificial but does have some nice weight to it, making it easy to drive smoothly and tracking straight with minimal effort. It always feels composed and well-sorted, and while it’s more comfortable than sporty, it doesn’t feel sloppy or wallow in the corners.

Despite its size, the big sedan is still easy to park and the surround-view camera and parking assistants make it even easier if someone is uncomfortable with its large footprint. The only thing that is cause for concern is that the Continental rolls more than normal after you’ve parked it and release the brake. It rolled enough during my time with it that a few people were concerned and thought I had, for a second, mistakenly left the car in reverse.

After nearly 895 km of testing on mostly open country roads and highways, the AWD 3.0L twin-turbo V6 Continental returned a combined fuel economy of 11.3 L/100 km. It’s officially rated at 14.5 L/100 km city, 9.8 highway, and 12.3 combined, and considering how much highway driving I did, I am surprised to see such a difference between my tested average and the official highway rating. When I was driving more in the city, fuel economy was hovering between 14 and 15 L/100 km. The Continental would have been a prime candidate for Lincoln’s plug-in hybrid powertrain.

My Reserve model tester, which is generously featured and has an excellent powertrain, rings in at $84,450 before freight and taxes. While that seems high, the Continental feels like it’s worth every penny of that price, and it isn’t that crazy when compared to much more expensive competitors like the BMW 7 Series, Audi A8, and Lexus LS, all of which start at more than six figures. Even though it lacks some of the features, flash, and prestige of those more expensive models, its price makes it a downright bargain in the large luxury sedan segment.

The Lincoln Continental is a regal limo that’s fit for new and old royalty alike. Despite the fact it belongs to a dying breed and its relevance in a market dominated by SUVs is in question, the Continental is an excellent tribute to large luxury sedans and to luxury in general. From its looks to its driving dynamics, amenities, and even the way its chimes sound, the Continental is a thoroughly excellent luxury sedan, which makes the fact it’s being discontinued is a real shame. Luckily, the Aviator and Navigator SUVs are more than capable of the same majestic motoring. 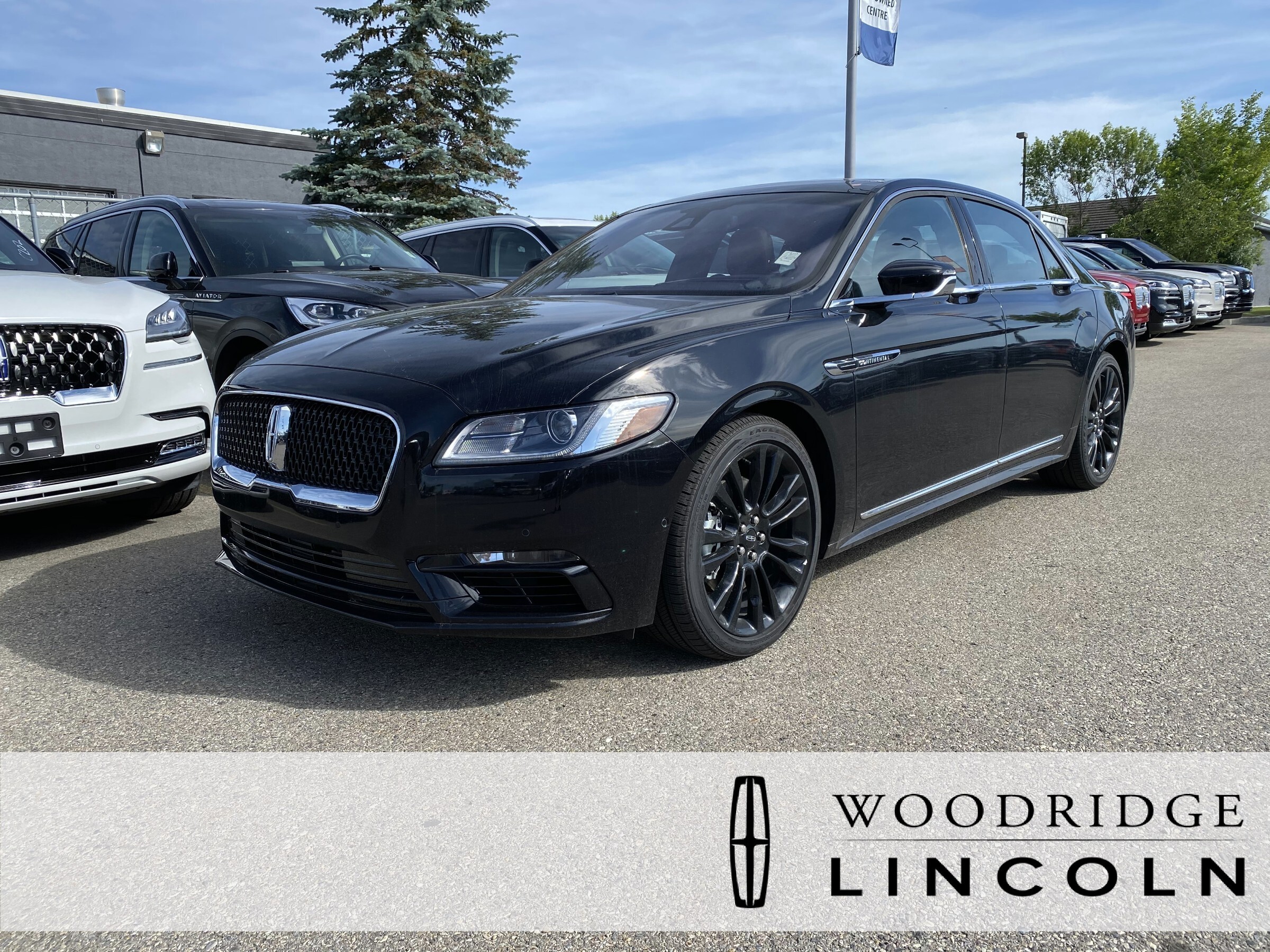