Which Ford car will you miss most? There are the obvious answers like the Focus ST and RS, for which production is already ramping down as the Blue Oval goes all in on SUVs and trucks. But there’s a less top-of-mind answer worthy of consideration: the Ford Fusion. Even as it sees itself out, it remains one of the nicest-looking and most comfortable mainstream mid-size sedans on the market. And if you’ve been considering making the leap to an electric vehicle, the 2019 Ford Fusion Energi plug-in hybrid might be just the starter EV you’ve been looking for. Yes, it requires some compromises, but if you can live with them, you take home a 42 km electric driving range for shorter trips and a full-size gas tank for long and leisurely journeys. It’s a win-win – while you can still get it.

Here’s something interesting: with the 2019 Fusion, if you’re dead set on buying something that’s not at least partially electrified, then your only option is the base model.

This score strikes a balance between the very nicely proportioned exterior – with motion lines that make sense and components that fall into place just so to create a cohesive whole – and an interior design that doesn’t keep up with those promises. There are a lot of buttons and black plastic panels here, albeit laid out in user-friendly ways and surrounding some thoughtful practicalities.

No complaints on this top-of-the-line Titanium, which has standard equipment such as blind spot monitoring with cross-traffic alert, lane-keeping, pre-collision assist with automatic emergency braking, and Sync 3’s SOS Post-Crash Alert, which uses a connected phone to automatically notify emergency services if a crash is detected. It’s worth noting, however, that the IIHS doesn’t think much of the Fusion’s headlights.

This is where the biggest downsides lie: the battery eats up a lot of cargo capacity and flexibility, reducing the size of the trunk by almost half to a total of 232.2 litres of weirdly allocated space. It also removes most of the ability to accommodate longer items once the rear seats are dropped. Yes, this will turn a lot of buyers off. But I got a week’s worth of groceries in without spilling over into the rear footwells or putting my Tetris skills to work, so if this would be a second car or you don’t move a lot of stuff very often, this shouldn’t necessarily hold you back.

In the cabin, there’s a sensible place to put a smartphone under the infotainment screen, complete with a pair of easily accessible USB charging ports. The rotary shifter opens up a good amount of space around the centre console.

Although this is one of Ford’s legacy centre stack and infotainment designs, meaning that there are a lot of buttons to sort through to find the one you’re looking for, they’re laid out in a logical manner that doesn’t take as long to get used to and keeps the important stuff within the driver’s reach. Plus, Sync 3 comes with standard Apple CarPlay and Android Auto, which goes a long way toward mitigating any infotainment issues – although the native system is, in my opinion, one of the better ones on the market.

For the price, the Fusion Energi Titanium is relatively well-equipped. On top of the aforementioned safety and infotainment features, you get: heated and ventilated front seats, a heated steering wheel and exterior mirrors, rain-sensing wipers, adaptive cruise control with stop-and-go, a power moonroof, and on-board navigation, among other features. What you don’t get: heated rear seats, big wheels (17-inch is standard and not upgradeable), park-assist features, or an around-view camera.

Here’s something interesting: with the 2019 Fusion, if you’re dead set on buying something that’s not at least partially electrified, then your only option is the base model.

The plug-in hybrid’s powertrain includes an Atkinson-cycle 2.0-litre four-cylinder engine and an 88 kW electric motor for a combined output of 188 hp – or a peak of 195 hp if you decide you don’t mind draining the battery – paired with an electronically controlled continuously variable transmission.

Some hybrid and plug-in hybrid vehicles on the market today become all-wheel drive by powering the rear axle with the electric motor, but this is not one of them; it comes as front-wheel drive only, another fact that may turn some buyers off. (If you’re already not fussed about the trunk because of how you tend to use your cars, then you could probably buy some good winter tires and find you’d get along just fine.)

Admittedly, this power level hardly sets the world on fire. But delivery is smooth, composed, and responsive, and it suits the nature of the car – and the people who are likely to buy it – very well.

The Fusion Energi Titanium’s 10-way adjustable, leather-upholstered sport seats are surprisingly supportive and easy to spend time in. The back row has plenty of space and support to work with as well, although those inflatable rear seat belts tend to be polarizing: some people appreciate them for the lowered risk of belt-related injury they provide in a crash, and others dislike the feel of them enough to not care how much they help.

The Fusion Energi Titanium – and just about every iteration of the Fusion I’ve ever driven, really – rides and handles exactly as anyone would want from a sedan of this size and nature. It transfers only the most jarring bumps, stays more than manageable through long curves, and does very little rocking or pitching. If smooth and predictable is what you’re looking for, the Fusion fits the bill.

Natural Resources Canada says Fusion Energi owners should expect an average fuel consumption, using the internal combustion engine alone, of 5.5 L/100 km in the city, 5.8 on the highway, and 5.6 combined. Factor in the electric motor and the Fusion Energi garners a combined rating of the equivalent of 2.3 L/100 km when fuel and electricity use are factored together.

Unfortunately, it spent roughly 90 percent of its week with me on the highway, which isn’t ideal for any electrified vehicle. That said, I found my 5.7 L/100 km average over the week to be more than acceptable since I barely did enough city driving to burn through the battery’s charge once. The 42 km electric-only range is easy to manage thanks to on-board tools that give real-time efficiency ratings for accelerating, braking, and cruising, plus there’s graphic feedback on how well you’re using the regenerative braking, all of which helps to bring those numbers down regardless of which power source you’re using and making it easier to extend that 940 km combined range for which the Fusion Energi is rated.

Just a few short months ago, this space might have been reserved for saying that $42,000 is too costly for a vehicle that requires too many compromises. But today we have the federal government’s iZEV Program’s incentives to factor in, which means that buyers qualify for a $2,500 rebate even in provinces where there isn’t already an incentive program in place, bringing the total before-tax price to just under that magical $40,000 mark. And in Quebec and British Columbia, the provincial incentives can be stacked on top as well. Suddenly, this car’s value proposition doesn’t look too shabby at all.

Good plug-in hybrids are becoming harder to find, and that will only be truer once this car is discontinued. If you appreciate a quality sedan, don’t need a ton of trunk space, and can live without all-wheel drive, the Ford Fusion Energi is worthy of consideration – just snap it up before it’s gone. 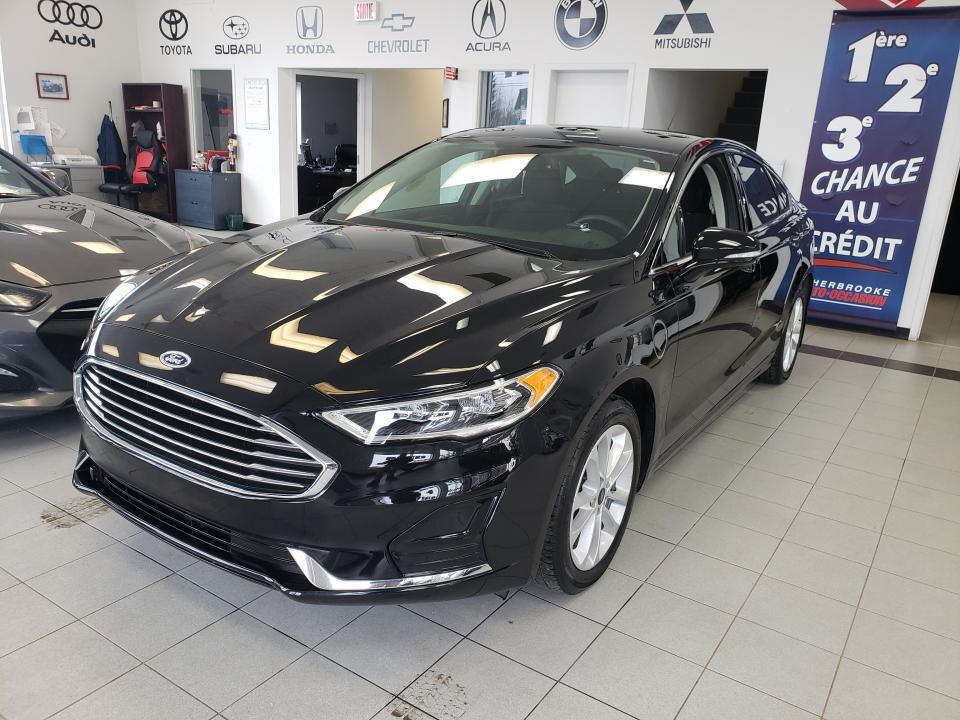 About Stephanie Wallcraft
Stephanie Wallcraft is the child of an auto worker and honed her passion for cars in the grandstands of the Molson Indy Toronto. Today she continues the family tradition by writing about cars and motorsport for publications across Canada.
Follow me
You may also like
7.8