COEUR D’ALENE, Idaho – While sales for SUVs continue to increase, the market for sizeable, three-row crossovers has flattened out, which seems unfortunate for Hyundai, who have just launched their largest passenger machine yet. But, in Canada, while overall auto sales are down 6.2 percent this year, Hyundai sales are up 11.3 percent so far, due in no small part to their ever-growing SUV portfolio.

Sensible design touches are prolific throughout.

The brand-new Palisade is set to replace the Santa Fe XL as Hyundai’s sole three-row offering, and after driving the rig around rural Idaho, it became clear that the Korean automaker is poised to steal market share away from the competitors.

With sights set on the category stalwarts – Toyota Highlander, Honda Pilot, and Volkswagen Atlas – Hyundai’s success will be hard won – each of those competitors is a formidable family machine. But the late arrival of Hyundai’s “intermediate SUV” (later than even its mechanical twin, Kia Telluride) has given the designers and engineers ample time to develop an extremely impressive machine.

Starting with a platform that’s larger (and stiffer) than the outgoing Santa Fe XL, the Palisade offers both passenger and cargo space that’s competitive with the best – if not class-leading – but let’s face it, a few millimetres’ difference in any dimension isn’t going to be noticed. Special consideration was given to the necessary trade-off between third-row passenger space, and depth behind it to fit a full-sized cooler.

Designed primarily in Hyundai’s California facility (but built in Korea, unlike the US-built Telluride), the Palisade’s development team clearly understands the needs of modern families on the go. Not only are there seven USB plugs (plus a wireless charge pad up front in the top trim), but they’re sensibly situated in locations that will be close enough to the passengers who will want to use them. And if those passengers work up a thirst on the road, there’s plenty of space for beverages – 16 cupholders, in fact, in eight-passenger configurations.

Sensible design touches are prolific throughout the Palisade’s rear passenger and cargo areas.

Access to third-row seats can require tiny, nimble gymnasts in many SUVs, but the Palisade features one-touch buttons that slide and fold the second-row seats out of the way, leaving a very reasonable hole to climb through, replete with optimally positioned handles. What’s more, the buttons – one near the seat base and a second near the upper seatback – are positioned so that even kids can easily operate them whether climbing into or out of the back seat. It may seem like a triviality, but anyone with two or more young kids and their hands full will celebrate letting the little ones manage their own ingress and egress.

Built-in sun shades for the second-row passengers are a welcome touch not often seen in this class – nor are heated and cooled second-row seats, but they’re here in the top Ultimate trim. Driver Talk on upper-trim Palisades lets the front-seat occupants communicate through a microphone to the rear-seat speakers; and a standard Quiet Mode allows mom and dad to still enjoy their music up front, while switching off the speakers to the rear.

The cleverness continues at the back where a hands-free liftgate allows access to a cargo hold that, with the second- and third-row seats folded, is absolutely gargantuan. Even the liftgate itself has a choice between a fast or slow opening speed. The second-row folds flat with the push of a button from the back of the Palisade, and the third row folds up and down electrically (though, to be honest, we’d still prefer the speed of doing it without electric motors).

All of this stuff will be coveted by parents who will wonder how they ever lived without the thoughtful details Hyundai has incorporated here, but it’s up front in the cockpit where they’ll spend most of their time. Fortunately, the Palisade succeeds here, too. The overall design is said to be inspired by modern yachts, with bright, airy space. It’s spacious and comfortable and there are enough cubbies and storage bins to contain all manner of necessities for a long trip.

The seats in the top two trims, are covered in quilted Nappa leather. It’s a decadent touch, as is the similar treatment to the door panel trim. Other materials don’t feel quite as premium. The swath of shiny plastic trim across the dashboard of our test vehicle had a strange, sparkly pattern, and the centre console piece almost resembled carbon fibre, and yet other pieces were a glossy black. Other trims had a faux wood trim that looked notably better.

The Palisade’s controls have been organized around a primary 10.25-inch infotainment touchscreen. On the Ultimate trim, a 12-inch TFT screen subs in for traditional gauges and provides a load of information, along with a head-up display – which is, alas, pretty much invisible when wearing polarized sunglasses.

Climate and audio controls have a series of proper buttons, and the infotainment system itself is very easy to work with, even allowing navigation, audio, and secondary information to be displayed at the same time.

There are several terrain drive modes available for Canadian Palisades – including Snow, Mud, and Sand – that are selected via a rotary knob. The gear selector, however, is a tedious push-button affair.

The Palisade’s interior functionality alone is enough to make it one of the best choices in the intermediate SUV class, but it also drives really well.

The Atkinson-cycle 3.8-litre V6 produces 290 horsepower and 262 lb-ft of torque. While some makers are pouring resources into smaller-displacement, turbocharged engines, Hyundai rightly stuck with a smooth, quiet V6 for this flagship vehicle. With peak torque arriving at 5,000 rpm, acceleration from a standstill feels a little soft, but once underway, there is plenty of passing power.

There’s plenty of pulling power too, with the Palisade offering a standard towing capacity of 5,000 lb, where the competitors’ typically range from 1,500 to 3,500 lb without optional towing packages. All Palisades come with a Trailer Sway Control, pre-wiring and a heavy-duty transmission oil cooler as standard equipment, while an auto-levelling rear suspension and a Class III receiver hitch are optional.

The eight-speed automatic shifts smoothly, and when sportier driving is desired, the paddle shifters allow for a more engaging driving experience. That said, this is a very long, tall, and heavy vehicle, and it’s in no way sporty. And while the steering is quite precise, the suspension is tuned for a supple ride that rivals most luxury cars these days. Plus, with significantly more insulation than the Santa Fe XL and double-paned front glass, the Palisade is impressively quiet for a mainstream vehicle, and frankly, should surpass the expectations of most buyers in this category.

In addition to providing impressive comfort for all aboard, the Palisade is expected to achieve the NHTSA’s Top Safety ratings as well. It’s equipped with Hyundai’s full active safety suite, including lane-keeping assist, forward collision avoidance, plus blind spot monitoring that uses cameras around the vehicle to present a lateral view in the instrument cluster when the turn signal is engaged.

More impressive still is the implementation of an occupant monitor that will sound an alarm if the vehicle is shut down and exited with a child or pet detected inside. Also, Safe Exit Assist will keep rear doors locked if other vehicles are detected approaching from behind, protecting little ones from leaping out into traffic.

The most obvious competitor to the Palisade is the model’s Telluride cousin from Kia that shares the Hyundai’s dimensions and drivetrain. The Palisade’s exterior styling – particularly from the front – is more flamboyant and polarizing than the Telluride’s, but the Kia is priced at a slight premium. Hyundai covers a broader product spread from base models with front-wheel drive, to the Ultimate trim with AWD. At the lower end, the cost of entry starts at $38,499, while the top-trim Ultimate is only $53,999. Residual values are estimated to be second only to the Highlander, bettering even the Honda Pilot, due in no small part to the spreading awareness of Hyundai’s impressive build quality and managing production volume to minimize fleet sales.

Despite recent sales successes, Hyundai appears to have no intention of slowing down its global conquest. Unsurprisingly, the formula of building well-made, high-value vehicles continues to serve the brand well. The new Palisade epitomizes what Hyundai is capable of doing in their flagship and presents consumers shopping in the three-row crossover category with a better-equipped and more stylish alternative to the Highlander and Pilot.

The 2020 Hyundai Palisade is available now at dealerships. 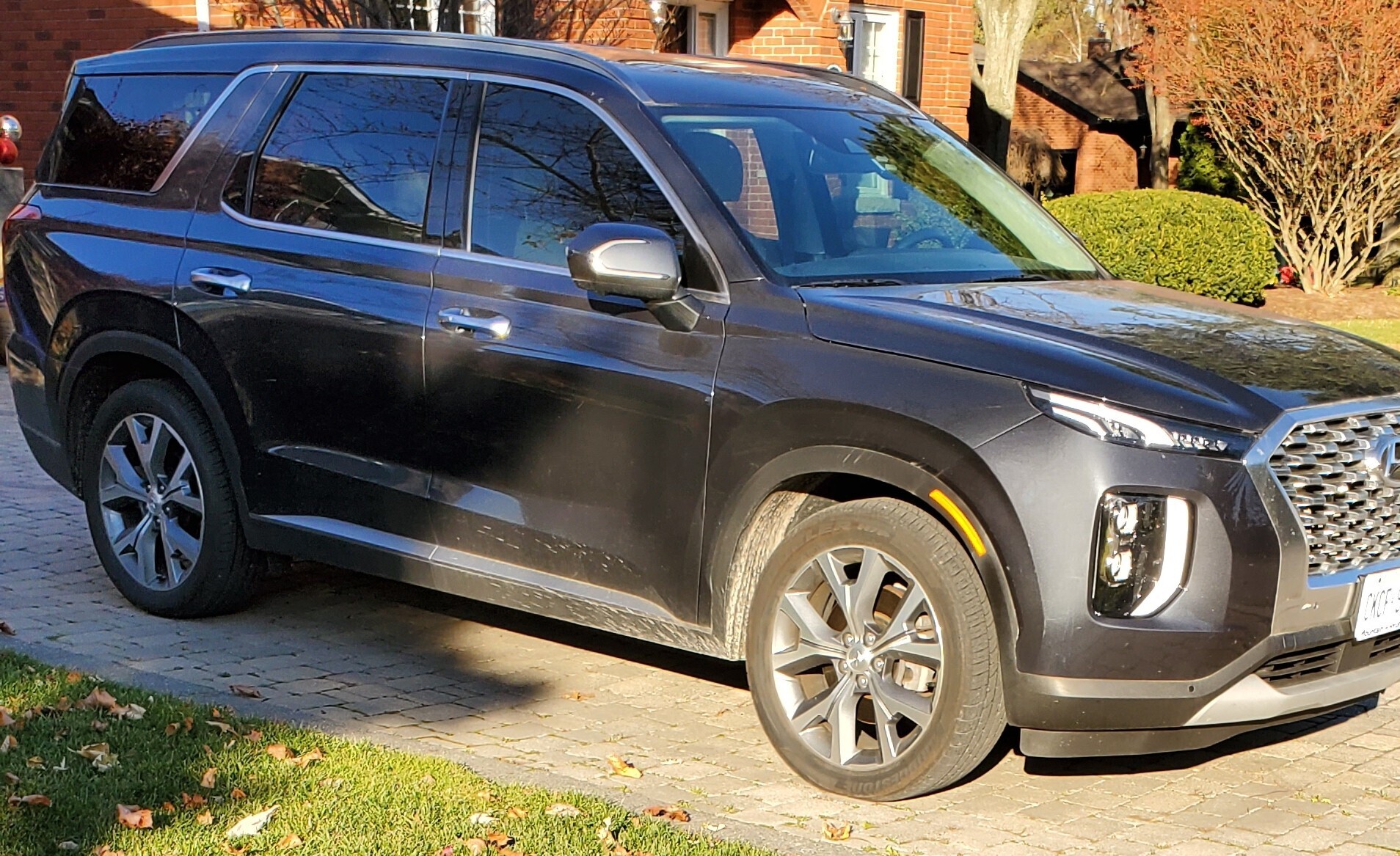 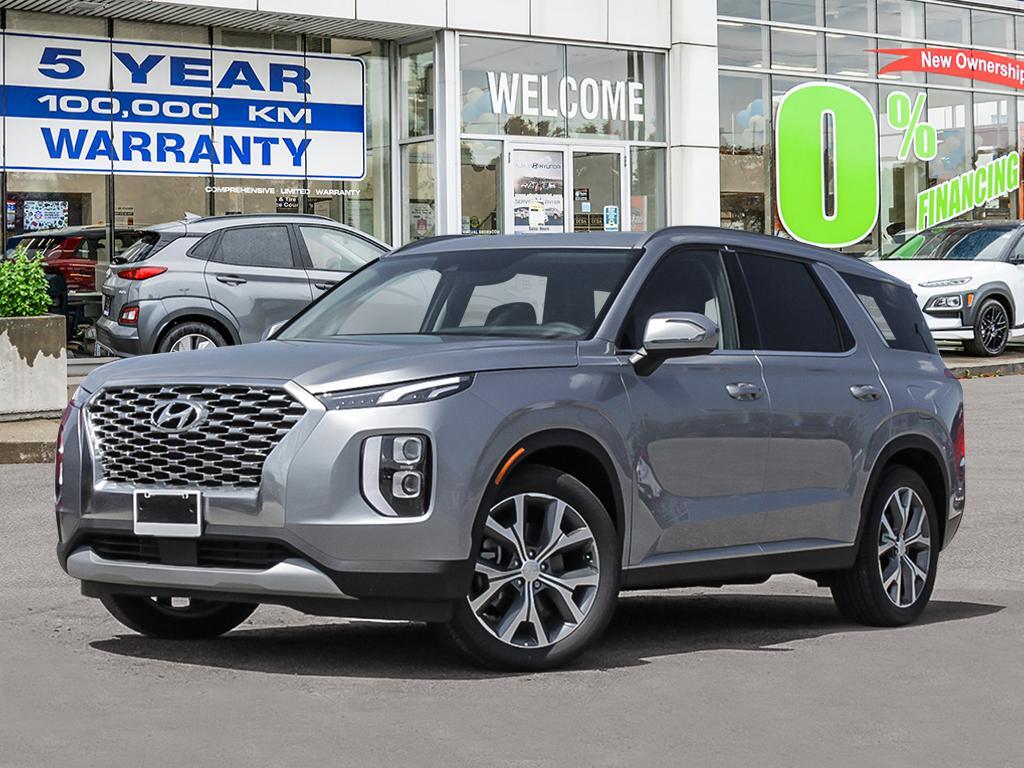