Hands up: who remembers the Kia Borrego? Anyone? You know: V8 engine, headlights that look like they come from a Lexus RX, grille that looks like it’s borrowed from a Grand Caravan? Three-row seating? Anybody? No?

Well, that doesn’t surprise me, really. It wasn’t a bad vehicle, it just wasn’t really what Kia was known for in the late oughts in North America, and was subsequently replaced in the US and Canada by the much more “common” Sorento with its I4 or V6 engines and mid-size CUV digs.

The Borrego soldiered on as the Mohave in other markets, though, and it seems that Kia has decided that it’s time to once again test our markets with a full-size, three-row SUV: the 2020 Kia Telluride. Though it shares a platform with the Sorento (and its Hyundai Palisade cousin), there are a few pieces that make it unique among Kias.

Unique it may be, but it’s not really the styling that sets it apart. Granted, its headlight shape is unique among its stablemates, but while the grille is large and in charge, it shares its basic design and contours with the rest of the lineup, just to the nth degree.

After that, you can see a little BMW X7 in profile, a little last-gen Chevrolet Tahoe in the headlight lenses and a little current Kia Soul in the taillights, as if that car’s roof-height taillights were squished, flipped, and dropped onto the Telluride’s hatch. It’s not a bad-looking SUV by any means, it just doesn’t move the needle all that much in the styling department; that’s probably why they gussied up so many of these with all manner of customization and overlanding gear on the auto show circuit this year. Love the wheels, though, and the Dark Moss paint (my SX V6 tester’s only option) is a luxurious hue.

Inside, however, it’s an entirely different story as the Telluride has a fantastic cabin. All the materials are top-notch; the aluminum accents found on details – like the engine start/stop button, the media controls, and on the steering wheel – are perfectly appointed, and my tester’s Espresso Brown leather interior just oozes class. Even the text and lighting around the drive mode controller appears laser-cut into the base. They’ve really hit the detailing on the head, here, and it’s what saves the Styling rating, and sets the Telluride apart from most other Kias, save the Stinger and maybe the Cadenza.

Being the second-tier SX V6 model, my tester had pretty much everything Kia offers on the Telluride except for Nappa leather, self-levelling suspension, 50/50-split folding third-row seats, head-up display, and heated/cooled second-row captain’s chairs. Instead, the second row is a three-person bench but the way each side can slide fore and aft on its own means you get kind of a quasi-captain’s chair feel.

But enough about what it doesn’t have – what it does have is pretty much the whole shooting match: heated front seats, heated steering wheel, real wood grain trim, USB ports in all three rows, Harman Kardon audio, tri-zone climate control, dual-panel sunroof, 20-inch wheels.... It goes on and on and on, and other than heated second-row seats, I really don’t think I’d be missing all that much as an owner. There’s tremendous content here.

Kia’s UVO infotainment system is a good one, providing a 10.25-inch screen and Apple CarPlay and Android Auto compatibility. It’s a big, crisp, clean affair with a tiled display that (thankfully) doesn’t force you to use it for mundane stuff like adjusting your climate control; there are a set of buttons below it for that.

While the gauge cluster is not an all-digital item, it does get a 7-inch display at its centre that becomes a blind-spot camera once the turn indicators are flipped. It’s a smart move as while a back-up cam wouldn’t really work there because the amount of steering lock required would obstruct it, that’s not an issue with a blind spot camera. It didn’t take me long to realize that I preferred looking at the gauge cluster than I did at the infotainment screen, as you do in certain Honda products. Better still, the Telluride’s system shows both your left and right blind spots, whereas Honda’s shows just the right.

I’m also a fan of the drive select system, which operates in two parts: on the right of the system’s controller, you’ll find the various terrain modes – snow, mud, and sand. On the left, you’ll find the powertrain modes – Comfort, Eco, Sport, and Smart. You toggle between which settings you’re adjusting by pressing on the wheel, thereby eliminating the need for a second set of controls.

The power front seats adjust eight ways for the driver and six for the passenger, and they are well-padded without pushing the occupants out. It also feels like a big space – the 5,040 L of passenger volume the Telluride provides is no joke – and this is perhaps best manifested in the third row. In addition to being easy to access, it’s not a bad place to sit at all if the second-row occupants are willing to slide their seats forward just a smidgeon. There’s technically room for three in the third, but that’s not something I would imagine many are going to try. They will likely try the USB port each side gets, however, as well as the cupholder.

They’ll also hear what you as the driver has to say, too, as the Telluride get something called “Driver Talk” that actually uses microphones to broadcast what you’re saying to the people behind you. It sounds a little echoey, but it works and is a great way to keep the family in check and your eyes on the road as you don’t have to turn around for the back-seat occupants to better hear you. This here’s a third row that’s meant to be used.

While losing the second-row captain’s chairs means you also lose the ability to step between them to access the third row, it’s not as serious an offence here as the way the second row tilts and slides with a single button press means clambering back there – well, you’re not clambering at all, really, as you get a pretty unobstructed path, especially for smaller passengers. The third row, meanwhile, folds into the floor with a press of a button mounted in the cargo wall, providing 1,303 L of storage space, down a little on what’s offered by the Honda Pilot and Nissan Pathfinder. That shrinks to 595 L with the third row up, butN there’s nice underfloor storage to give you just that much more room to breathe back there and more room than there is in either the Nissan or Honda. Would have liked a foot-activated tailgate, though.

While at first I thought it would have been nice to get the twin-turbo V6 from the Stinger sedan, the smooth, easy power provided by the Telluride’s naturally aspirated V6 (to the tune of 291 hp and 262 lb-ft) will be more than enough for most. It’s a little more easygoing and works well in concert with the standard eight-speed automatic to move you confidently forward.

While the Telluride gets surprisingly vocal upon acceleration, the sound isn’t totally matched by the forward progress. It’s not slow – not by a long shot – just more of an easing forward as the torque and power build to their respective peaks – which come a little higher in the rev band that you might think (5,200 and 6,000 rpm, respectively) considering the engine geometry. I do like how there’s almost always power on-tap, however, making for easy freeway passing.

Still, I really can’t help but think about how good the Telluride would feel if Kia managed to find a way to mount that engine from the Stinger.

Unlike the powertrain, I actually found the ride and handling to be a standout in this category. The interior styling suggests that it should ride quite smoothly – and it does, rarely getting unsettled by your everyday road imperfections. As might be expected, there’s a little bit of body roll as the weight – nearly two tonnes – begins to transfer. The self-levelling suspension found on the Limited trim could help, but it wasn’t so bad on my tester that I took real issue with it. Instead, I just laid back and let the responsive steering and chassis waft me to my destination. The family will love it.

The only reason why you’re not seeing a ten here is that there’s no auto-parking system to speak of and in a vehicle this new, there ought to be one – the VW Atlas gets it, as will the all-new 2020 Explorer.

For most of our time in the city, we kept it in Eco mode, while Sport was the preferred choice while on the highway as it sharpens the throttle response, directs more power to the rear axle, and adds weight to the steering; combined, we saw 12.4 L/100 km, which is about what Kia’s claiming for the Telluride. That’s still not exactly a small amount of fuel being used, though, so you’ll want to keep that in mind when planning your journey to the, well, to the ski resort, I guess.

Put simply, what you have here is one of the best values in the three-row SUV market. Our trim – the second-best SX V6 with all that stuff we talked about – starts at below 50 grand, while the Atlas, the Pilot, the Highlander, and so on will run you to 50 grand and beyond without breaking a sweat when similarly equipped. I love how no-nonsense the Telluride buying experience is, too; there are basically no option packages – just pick your trim, pick your colour, and go. There’s something to be said for that.

If nothing else, the Telluride proves that big three-row Kias have come a long way since the Borrego days – there’s no doubt about that. This latest model, though, does far more than just move on; it moves the bar in the three-row SUV game in terms of quality, practicality, and value. It may not be the most torquey, maybe not the most exciting-looking, but it does what it’s meant to do so well that you simply can’t penalize it too much for those missteps. There’s just far too much to like here and you’d be remiss to skip it on account of derivative headlight lenses. 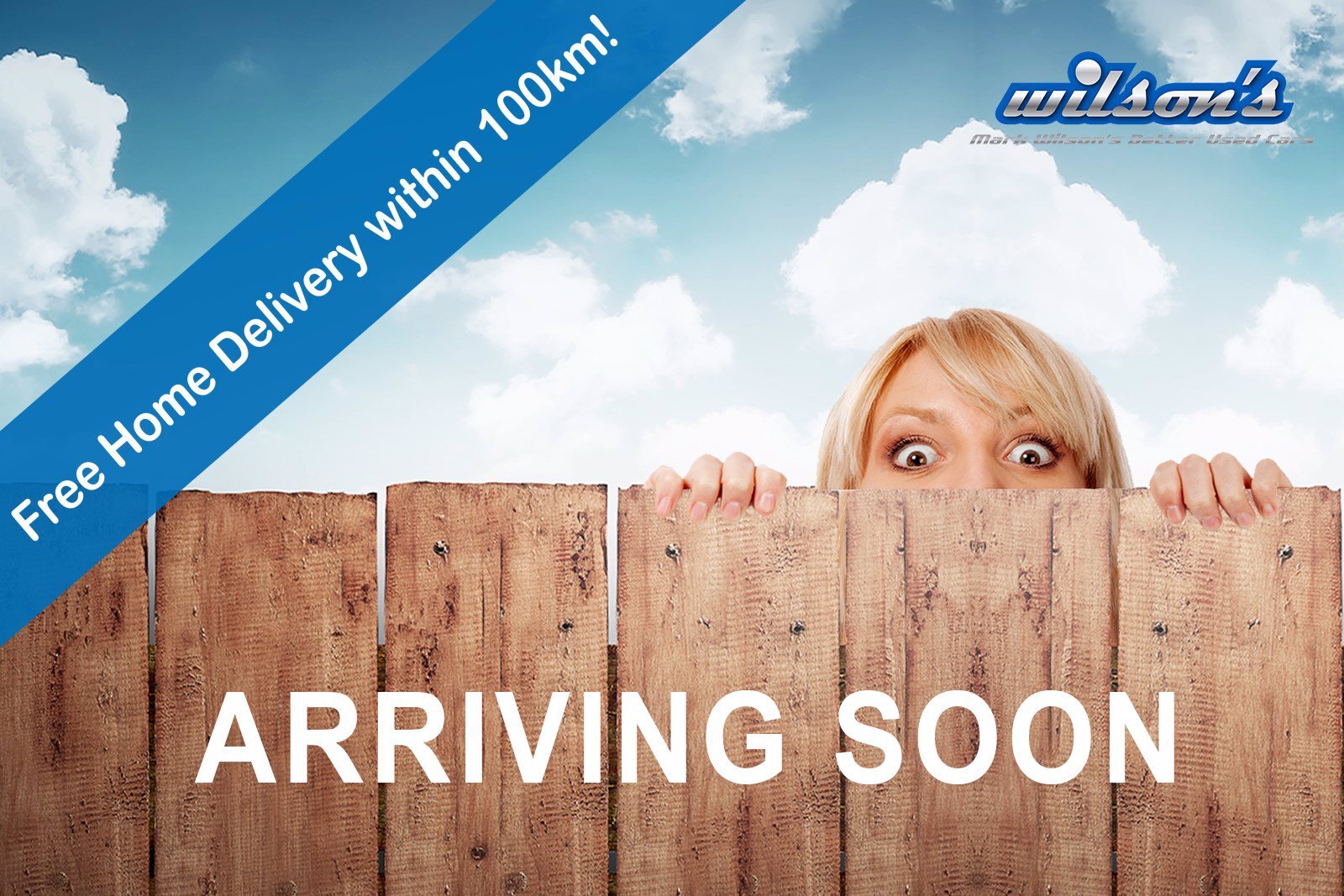 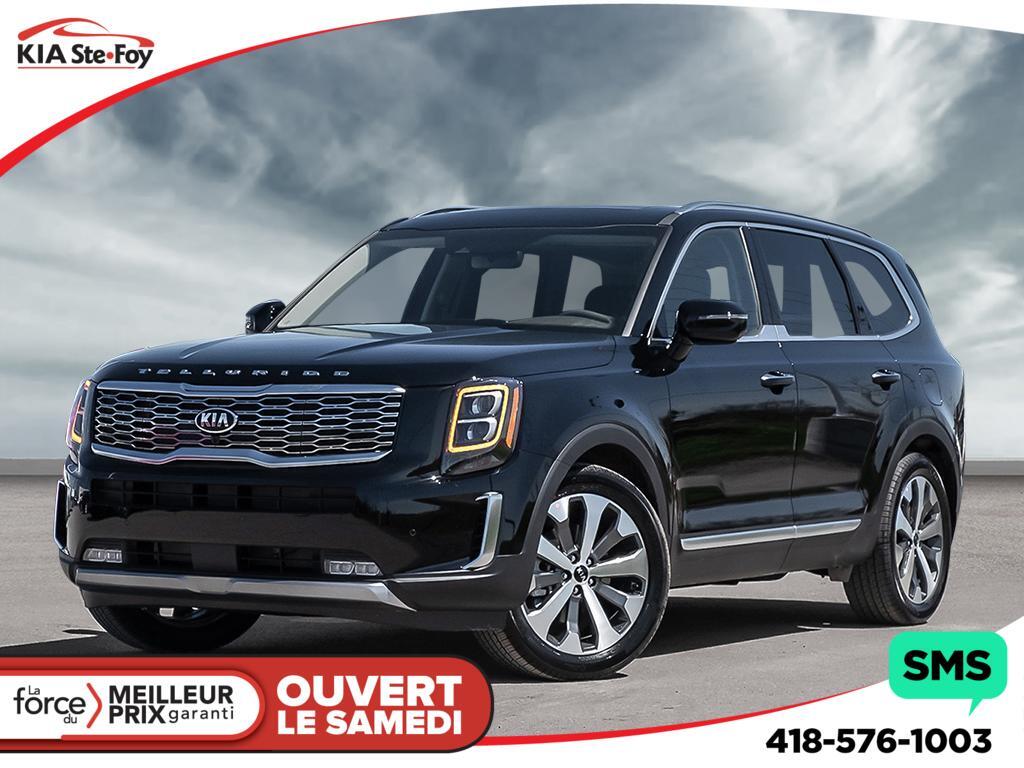