BMW fans have never been reluctant to voice their opinions, whether it be views on polarizing designs, frustration with weight gain, or near-universal condemnation of front-wheel-drive models added to the lineup. But it’s probably safe to say that the i3 EV is still one of the most controversial vehicles BMW’s ever produced. Five years after its introduction, the i3, BMW’s first-ever electric vehicle, is among the top three selling EVs of all time.

While its unusual design was met with derision in some circles, there was no denying the brilliance of its revolutionary carbon fibre safety cell, or the sustainability practices established in their Leipzig, Germany manufacturing facility; the clean, quiet and emission-free workspace, the crash testing and repair shop requiring only strong glue and pressure instead of costly and noisy traditional practices and the wind-turbines that power the entire operation.

Granted, the ice-cube-shaped i3’s staggered belt line, oversized pizza-cutter wheels, and angry face do give it a rather alien appearance. But BMW’s been quick to appease its base by consistently upgrading safety and comfort features, and most importantly in the world of EVs, increasing range. For 2019, all i3 models now feature a 120 amp hour battery pack, upgraded from the previous 94 Ah, increasing the range by 65 km to a total of 260 km. There are also some new exterior colours, interior trim options, along with standard BMW ConnectedDrive and parking sensors.

My tester was the BMW i3 REx, which arguably isn’t a full-electric vehicle since it boasts a small, range-extending gasoline engine. But the two-cylinder 38 hp engine is not connected to the rear wheels and serves only as a generator to top up the battery. There’s no option for the driver to conserve electric range by selecting gasoline power – the tiny engine only fires up when the battery is drained.

It’s 120 km from BMW’s Toronto headquarters to my front door. With a 97 percent battery charge, the i3 displayed a maximum range of 246 km – more than enough to dispel any range anxiety, right? Not exactly. What looks like a cut-and-dried display of sufficient energy in, say, California, or most parts of Europe becomes a bit more complicated here in Canada. The outside temperature the day I picked up the vehicle reached a high of -8C, dropping to -20 by the time I climbed in the car. If I had driven the car in its most efficient mode, ECO PRO+, which locks out all comfort features such as cabin heat and seat warmers, kept my throttle inputs smooth and stayed below speed limits – then conceivably I could achieve the displayed range – assuming the temperature didn’t continue to drop and further diminish the battery’s range. Selecting “Comfort Mode”, which enables all levels of climate control as well as the vehicle’s unhampered response to throttle and shift inputs, cut the range down to 126 km.  I decided to compromise by selecting “ECO PRO” which delivers a more conservative throttle response, allowed me to select seat and cabin heating and displayed a 173 km range. It’s important to note that predicted range can be affected by previous driving styles and modes. It also fluctuates depending on speed and temperature. I reached home with 20 km on the battery – but 80 km in reserve with the unused gasoline extender. Since I’d chosen to stay off the busy 400 series highways, my access to available charge stations was limited – especially between cities outside the GTA.

Used as a daily driver throughout the rest of the week, and rarely venturing more than 20 km from home, I found the i3 to be a roomy and fairly comfortable runabout. The cabin is clean and modern, projecting a rather austere, Scandinavian vibe from the uncluttered lines of the dash to the plain, open-pore wood trim. SUV-style upright seating is comfortable, affording good visibility as well as easy egress and ingress. Speaking of which, the unusual, rear-hinged suicide doors are an interesting feature which provide wide open access to the interior, unhampered by any b-pillar. There’s plenty of headroom both fore and aft, and the floating dash provides voluminous legroom up front. Aside from overhead space provided by that tall roofline, rear seating is somewhat cramped and better suited to small children. There’s also no seat heating option for rear passengers, nor do the seats recline – an oversight in a vehicle that, as tested, tops out at over $60,000. The rear seats do fold down however, increasing the meagre 260 L cargo space to as much as 1,100 L.

Initially, the i3 makes an awkward first impression behind the wheel with its oddly placed start button and gear selector located on the column stalk to the right of the steering wheel. There are no traditional gauges. Information is relayed via two upright tablet-style screens on the dash. A smaller screen in front of the driver delivers all speed and mileage information, while the larger, more central display is for navigation, connectivity apps, audio, and monitoring vehicle functions and driving efficiency. It’s relatively easy to drive and it doesn’t take long to become familiarized with the i3’s unusual interface.

Acceleration is brisk, particularly in Comfort mode. Brake regeneration becomes increasingly more aggressive when using ECO PRO, and PRO+ respectively. The battery pack provides a low centre of gravity that makes the i3 extremely stable when cornering, but it’s not particularly sporty. The suspension is harsh over rough pavement and while the steering is refined and accurate, there’s not a lot of feedback. But it’s still quite compelling to drive. I found myself continually trying to improve my efficiency, coasting down hills to both conserve and regenerate battery power. Over the week’s test drive, I travelled just under 274 km and charged it three times. Using a Level 3 fast charging FLO station cost a total of $30.25, or 11 cents per kilometre. By comparison, our BMW 3 Series travels approximately 500 km on a $65 fill-up, or 13 cents per kilometre.

The gasoline engine was nearly imperceptible in its function and kicked in only once - incidentally on the way to the first charge. In order to prevent unused fuel from becoming stale, the engine will periodically flash a warning that it will run through a couple of cycles to recirculate the fuel in its 8.7 L tank.

The i3 deserves credit for its innovative use of carbon fibre and sustainable manufacturing practices, but there is encroaching competition in the electric car segments from all directions - including the Chevrolet Bolt, the Tesla 3, and the excellent Hyundai Kona. Its increased range makes the i3 a more compelling option for the premium buyer, but at $60,000 it could use a few more special touches. 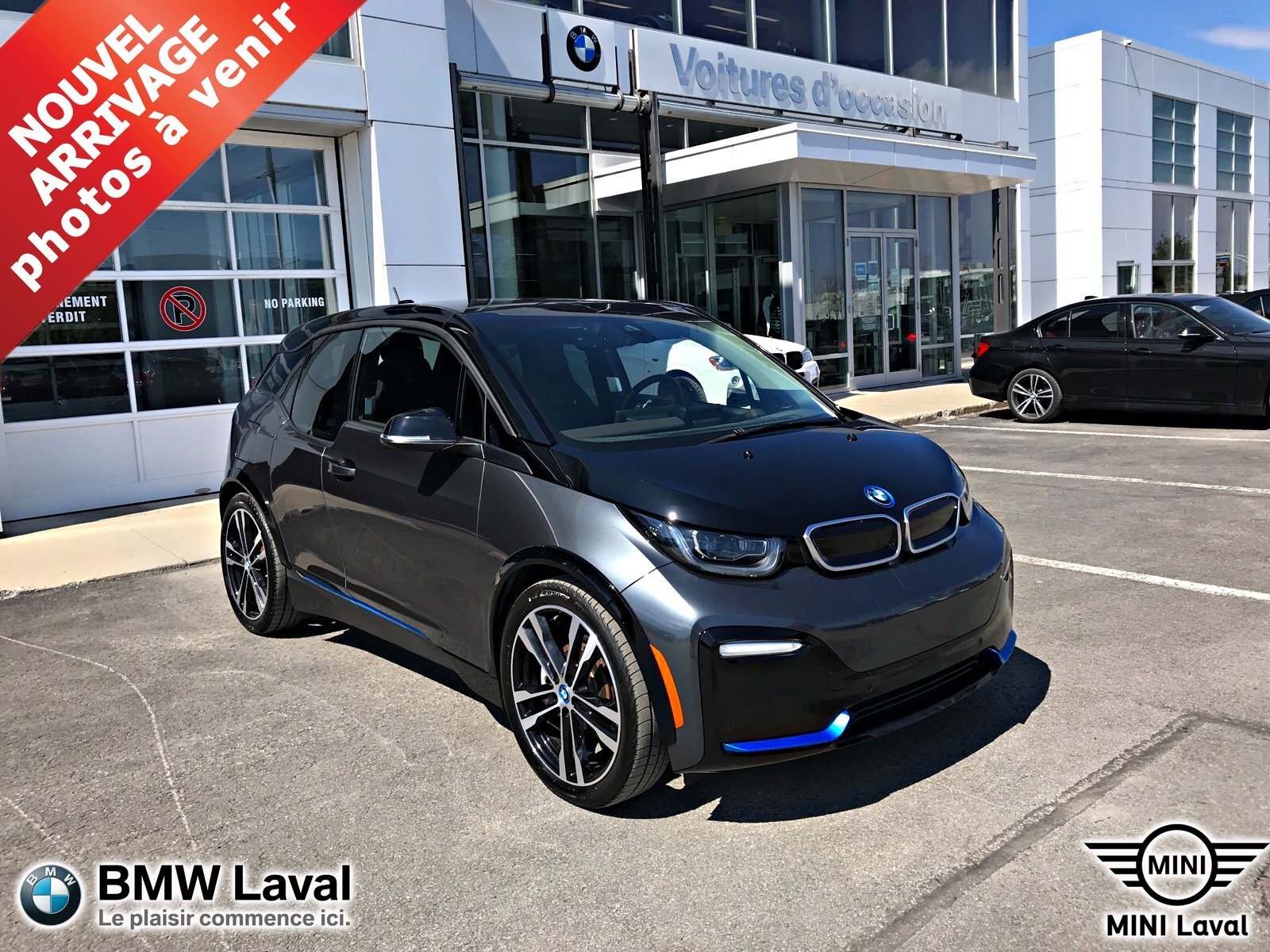 About Lesley Wimbush
In 5th grade, Lesley traded drawings of muscles cars for chocolate bars and things really haven't changed much since then.
Follow me
You may also like
7.1