Morning temperatures hovering around minus seven degrees didn’t seem particularly conducive to convertible testing, especially for testing an exotic droptop sports car. But when some rare local seat time in a near-$200K 2018 Mercedes-AMG GT C Roadster becomes available for a few days, if it’s not snowing, then you’re not complaining.

While the base GT Roadster comes to the table with a serious 469 hp, the C designation bumps that up to a seismic 550 hp.

Sunshine lit up the sky as well as the raging fall colours of the trees, the temperatures warming up eventually to low double-digit territory. That’s still frosty enough to keep most convertible roofs firmly latched above their drivers, especially at the kind of wind speeds this turbocharged V8 can generate in a firm prod of the right pedal. But the Mercedes-AMG GT C lives in a strange duality where aggressive high performance and pampering luxuries co-exist in a seeming internecine battle for supremacy as the dominant personality trait of this range-topping Mercedes-AMG Roadster.

And the aggressive high-performance side is way, way out ahead.

In the pantheon of 2018 Mercedes convertibles, the Mercedes-AMG GT C lands right at the top of the performance charts, and well down the comfort scale – especially when you compare it to non-AMG Mercedes-Benz convertibles. Mercedes as a company knows that there’s a special spiritually uplifting appeal to droptops, and you only have to look at their extensive lineup of C-Class, E-Class, SLC, SL, and S-Class convertibles to tell that if there’s any way to offer up some open-air wind therapy, they will find it.

All of those above convertibles also offer Mercedes-AMG performance versions that are typically faster and more responsive, but still offer a generous dose of Mercedes comfort along with a plethora of indulgent features – no paying extra for lighter cloth door pulls here. The Mercedes-AMG GT is a different animal altogether: it’s a snarling, M-hunting performance-first machine unique to the AMG brand, offering coupe and four-door versions, as well as the AMG GT Roadster convertible.

And while the base GT Roadster comes to the table with a serious 469 hp and 465 lb-ft of torque, the C designation bumps that up to a seismic 550 hp, along with a larger tidal wave (502 lb-ft) of low-end torque from its twin turbocharged V8. That’s less horsepower than the 600-plus ponies in the pricier and much heavier AMG versions of the S-Class Cabriolet.

But the range-topping models are near polar opposites in terms of character: the S-Class AMG Cab is the work of combining ultimate power with ultimate luxury, while the AMG GT C puts the priority squarely on ultimate performance, but with a disappearing fabric roof with heat-pumping seats to extend out top-down possibilities.

Given that the regular AMG GT Roadster was already fairly intense on the handling side of the ride/handling spectrum, the extra power of the GT C along with the still-generous helping of luxury features and exquisite interior detailing make for a unique drive in this near-exotic sports car class.

After setting off for a colourful if chilly fall drive, those frigid sub-zero early morning temperatures had graduated to the low positives. It was still frosty enough to keep the GT Roadster’s summer performance tires in a regular dance with the stability control system, its yellow light flashing its warnings to take extra caution on this particularly slippery dance floor.

Around town, these cold tires actually held on fairly well, with only more forceful throttle dabs in a straight line causing some back-end booty shaking. It was a little more sensitive in slow turns, where goosing the throttle would bring a moment of slippage before the stability control system kicked in quickly to dampen out any danger (some would say fun), especially in comfort mode, which is the default. 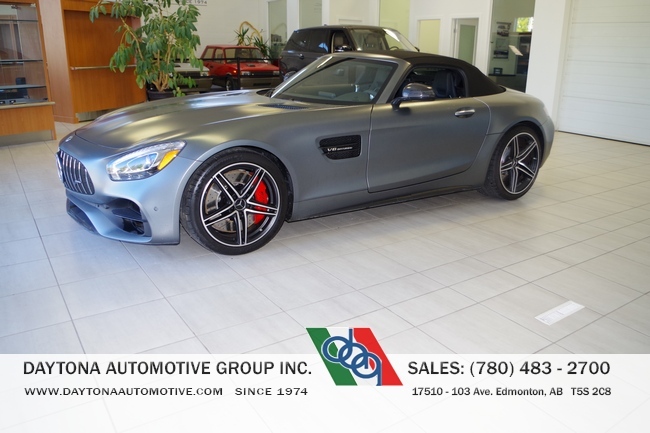 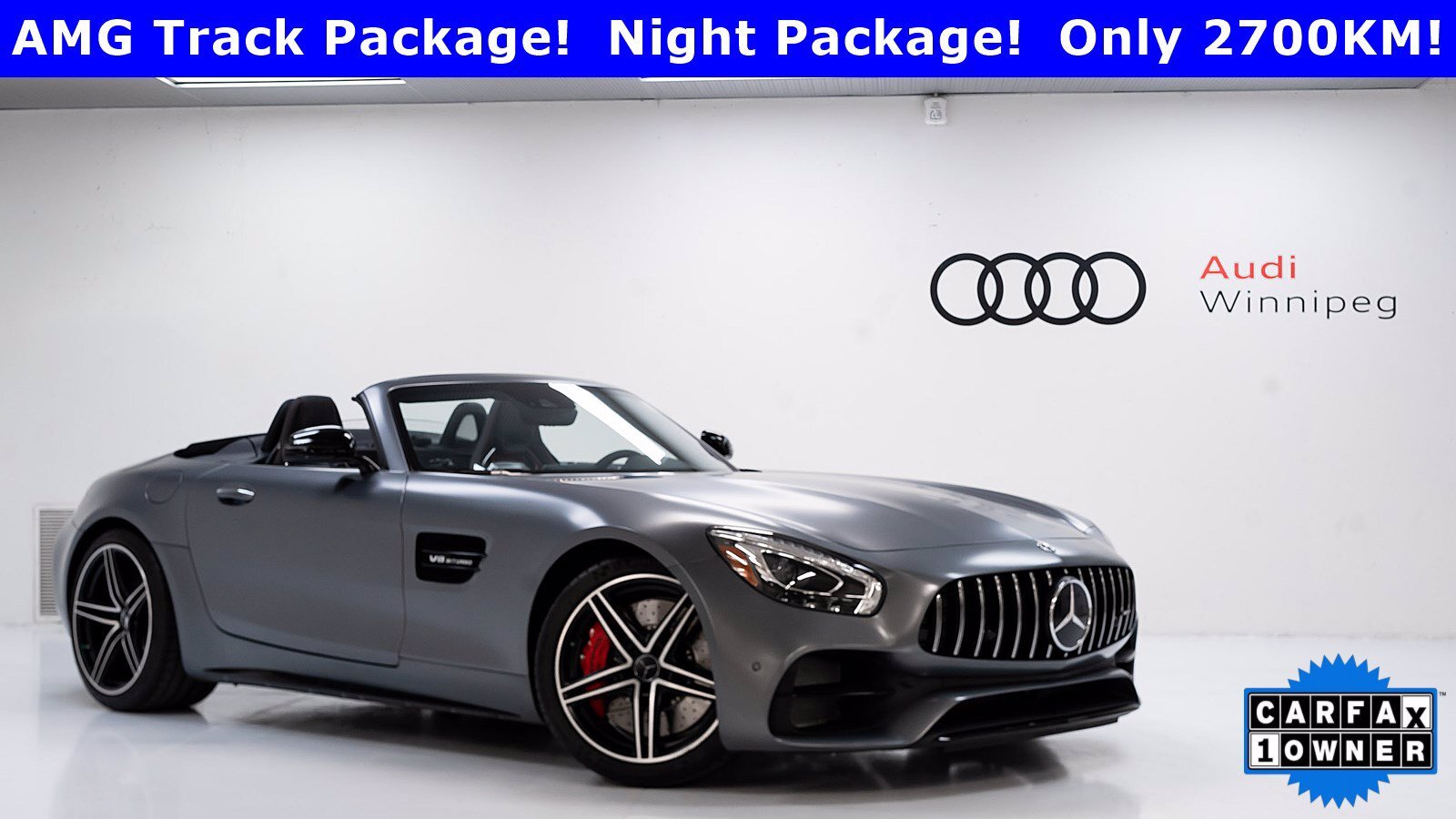 But as the temperatures and tires warmed, and the stability control flashes eventually subsided, the GT C Roadster’s less intimidating and more roller-coaster-in-fine-leather nature started to emerge. The top left and most accessible of the many rotary knobs surrounding the small electronic gearshift in between the Roadster’s two seats allows the driver to move into Sport (S), Sport plus (S+), or full-on Race mode, a quick way to align suspension settings, exhaust volume, throttle sharpness and stability control settings, from not-so-mild Comfort to wild.

An Individual setting allows some fine-tuning of the above to various custom levels, while a separate exhaust button to the right of that occasionally finicky tap-forward-to-reverse electronic gearshift is handy for quickly adding extra bark to the exhaust bite upon spotting upcoming tunnels or bridges.

That transmission is a seven-speed dual-clutch paddle-shifted number that can lollygag occasionally at lower speeds, but shifts with increasing fierceness as you climb the aggressiveness scale. No manual transmission here, unsurprisingly, but its Speedshift transmission offers a launch control feature (Race Start in AMG-speak) that helps rocket the car from rest to 100 km/h in 3.7 seconds, while the GT C Roadster’s top track speed is electronically limited at 316 km/h.

How it measures up

Looking at potential sports car rivals under the $200K mark, the GT C Roadster in theory competes with the likes of the Porsche 911 Turbo Cabriolet, the Aston Martin V8 Vantage, and the Audi R8 Spyder. But in terms of personality, the GT C Roadster seems more of a rival to what a raw droptop 911 GT3 would be, but with the GT C at a notably lower starting price than the others mentioned here.

Those other brands and vehicles may arguably have a styling advantage over the extremely long-nose-short-rear-deck proportions of the GT C, the Audi especially offering the traditional wedge shape and dynamic benefits of mid-engine exotic machinery. But style is in the eye of the beholder, and there’s no doubt that the AMG GT Roadster offers loads of visual appeal.

Those classic proportions give the GT C Roadster somewhat of a practicality edge of some of these other vehicles too. Its 165 litre trunk may be tiny by compact car standards, but compared to mid-engine exotic sports cars, it holds up well.

Yes, there were some niggly hiccups with the GT C. There were some random low-speed parking sensor warnings when driving under 15 km an hour in the parking garage, and not necessarily on the ramp portions. Could have been some wet leaves that may have stuck onto parking sensors, but disappeared soon after happening a few times.

Also, the sport performance exhaust turns off with ignition, which ensures the next start-up is quiet, though some may wish the throaty bark was available upon start-up, or offering a mode to at least keep it on during the day.

And finally, while the Airscarf provides lovely air behind the neck from seat vents near the head restraint, it seemed louder than in other Benzes.

In the end, however, the 2018 Mercedes-AMG GT C Roadster was clearly made more for neck-snapping performance than neck-warming luxury. But no matter what time of year, even hardcore driving enthusiasts will occasionally appreciate a little bit of droptop luxury, AMG style.

About Michael Bettencourt
Michael Bettencourt has been writing about cars and automotive topics for over 25 years, with over two decades as a member of the Automobile Journalists Association of Canada (AJAC). A journalism graduate of Ryerson University, he has won multiple awards for technical, vehicle testing, and green vehicle writing. Currently a judge for the Electric Vehicle Dealer’s Association awards, he bought his first EV in 2011, and follows the EV industry closely.
Follow me
You may also like
7.8