Back in my day…

This is a driver’s sports car and not some softy grand touring machine.

Those four words are enough to send folks younger than my 42 years into eye-rolling fits, but I’ve recently caught myself beginning an increasing number of thoughts that way.

Back in my day, a sports car made you work for your speed. It wasn’t all chock o’ block with turbos and four driven wheels and autonomous driving nannies, and that’s the way we liked it, dammit. These days any spoiled brat can get in a six-figure car, play some video games and launch control the tamed beast to eye-watering speeds while still Snapchatting and listening to terrible music.

This place is going to hell in a handbasket.

When I drove a previous-generation Audi R8 Spider, it occurred to me that it was the last of its kind. It was a raw, pure, driver’s car that demanded its handler actually drive, and that included shifting one’s own gears through a splendid maze of slots carved in a steel plate.

Ah, those were the days.

This-generation R8 comes only with a dual-clutch, seven-speed transmission and nothing for a driver’s left leg to do but atrophy from lack of use. It’s a shame since taking away that little bit of involvement has reduced the fire and passion I felt for that old car.

But the previous-generation R8, like every other performance Audi for the past several decades, was all-wheel-drive, so even if you drove like a bit of a ninny, the supercar performed superhero feats of traction management to keep the rubber on the tarmac.

The car you see here, however, is a limited edition R8 RWS, and those last three letters stand for Rear Wheel Series.

One of 999 units (only 60 of which are earmarked for Canada), the RWS is a true limited edition, and helps shed some light on former Audi boss Stephan Winkelmann’s decision to change Audi’s performance division name from Quattro GmbH to Audi Sport. Quattro, of course, is what Audi has called its all-wheel drive systems since the awesome Quattro coupe started cleaning up in competition in the early 80’s.

Without the front wheels being powered, the character of the R8 is changed notably, especially in its handling.

Yes, it’s possible to switch off all the traction and stability control systems and transform the rear tires into smoke and rubber dust, and if given the facility to do so, it could drift around making lots of wonderful noise. But those 19-inch Continental Sport Contact 6 tires aren’t cheap, and burning rubber is bad for the environment.

Instead, it’s best to revel in the newfound lightness of the front end that changes direction with an immediacy and effervescence absent from cars with all-wheel-drive mass and complexity to manage. Finding roads with hairpins that are generally suited for tiny sports cars will become a life mission for many RWS drivers, I suspect.

And such precision! While actual road feedback still pales in this electrically assisted steering set-up compared to sports cars of yore, this R8’s ability to react to the most minute wheel inputs gives tremendous confidence to the driver.

The ride isn’t exactly supple, but nor is it abusive the way high-performance machines used to be. Audi could’ve made the R8 RWS a very raw, stripped-down, track-ready beast, not unlike Porsche’s GT3 or the Mercedes-AMG GT-R, but didn’t. 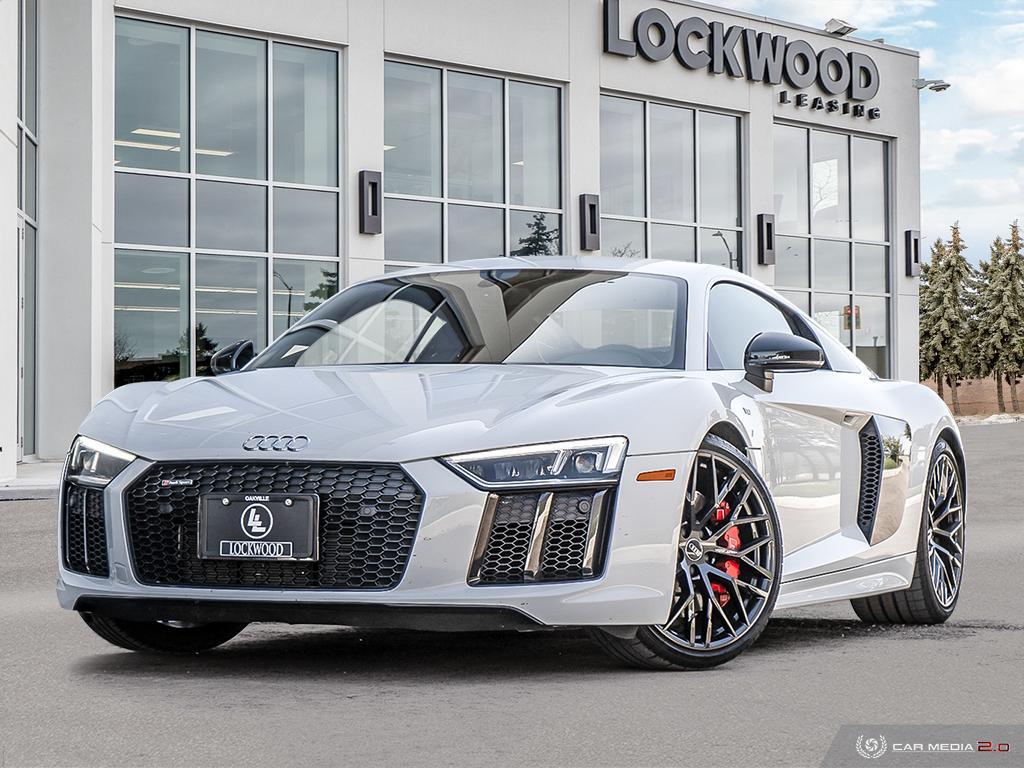 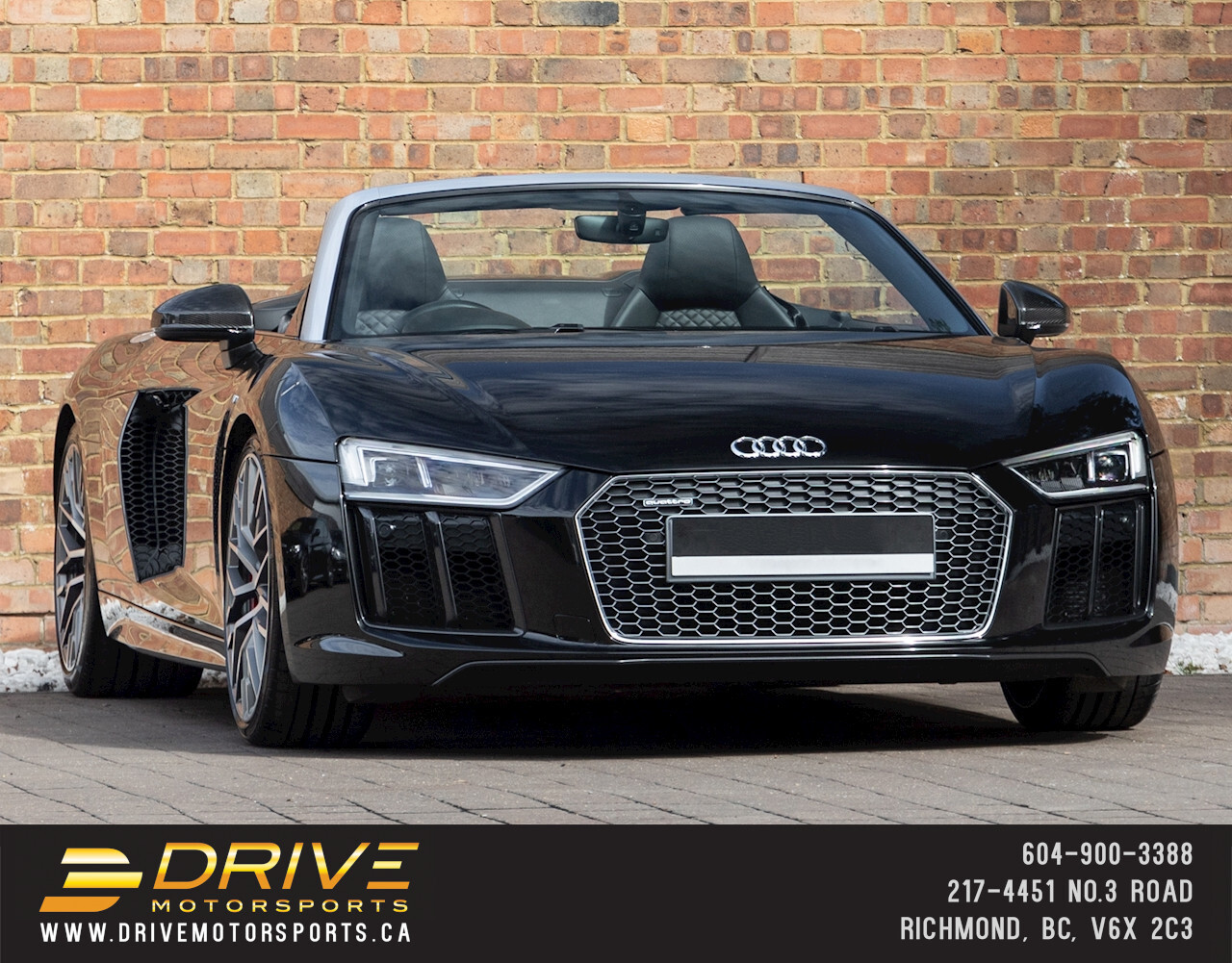 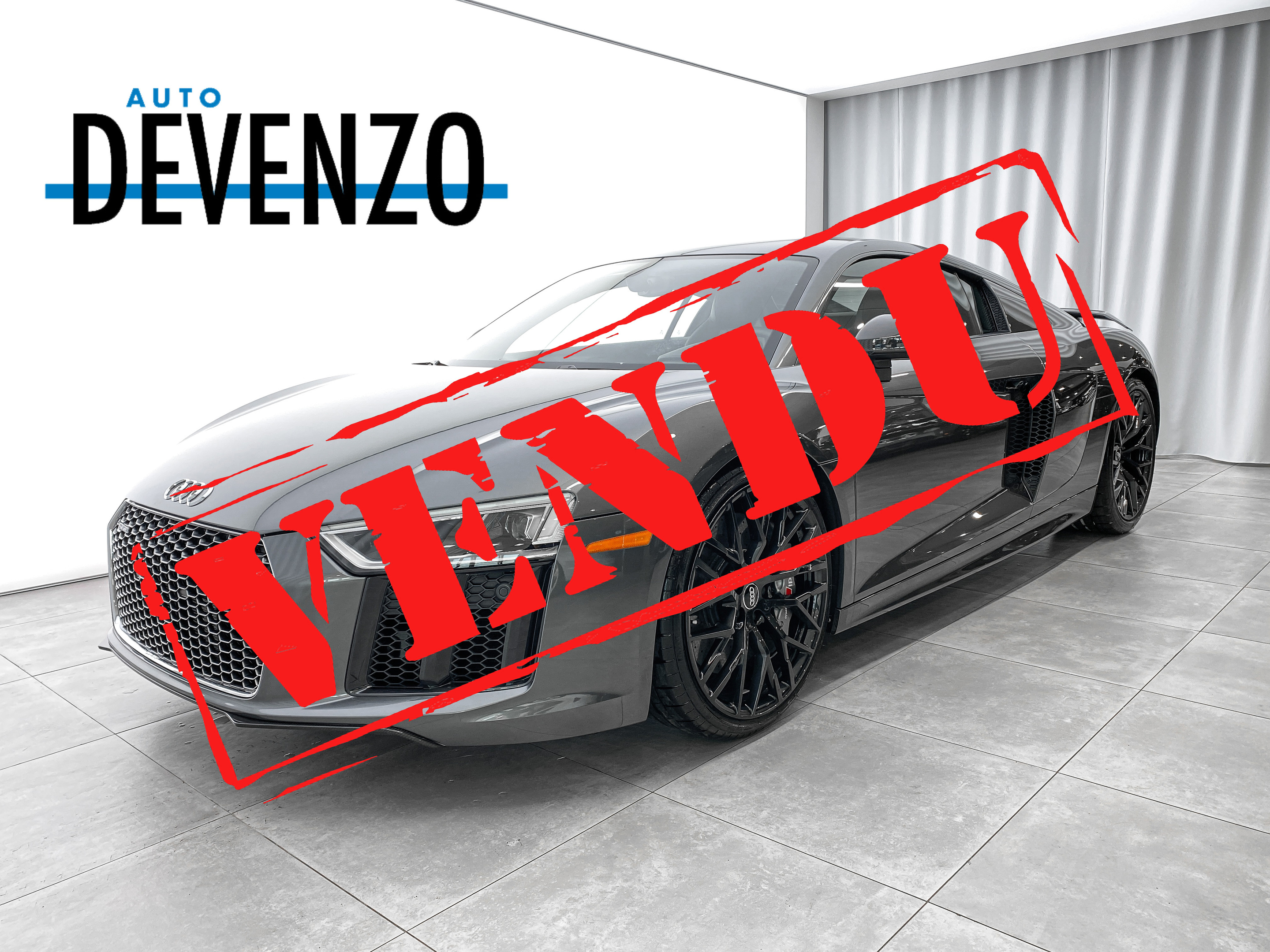 Still, even though the R8 RWS’s V10 engine puts out “only” 532 horsepower (compared to the R8 V10 Plus’s 602), it’s essentially the same engine Audi Sport uses for the R8 LMS Cup race cars. Both the RWS and LMS Cup cars are hand-built on the same Böllinger Höfe assembly facility, and these are the only two rear-wheel-drive machines Audi currently produces.

Realizing how closely related the RWS is to the racing machine is as easy as mashing the accelerator pedal and hanging on. I’m accustomed to revs building this quickly – and to such high numbers – with super sport motorcycles, but not modern cars. Peak horsepower is reached at 7,800 rpm, and continues to wail beyond 8,000. The sound is astonishing, and probably the best motivating factor for purchasing an R8.

Even peak torque of 398 lb-ft doesn’t happen until 6,500 rpm, meaning it’s necessary to keep the 5.2L engine singing to maximize its thrust. This doesn’t mean the R8 feels sluggish in lower revs, it’s just that drivers are rewarded for the delight in revving a melodic engine just as it was before electric motors and forced-induction took over the sports car realm.

Back in my day, we rowed our own gears, but I must admit, the R8’s S-Tronic dual-clutch seven-speed transmission is incredible. Dual-clutch transmissions have rightly earned a reputation for being a bit clunky at modest speeds, and can feel brutal when driven hard, but they get the job done better than any human could. This transmission in “S” mode can be a little aggressive, but in “D” will shift as smoothly and cleanly as any torque-converter automatic I can recall. When driven in anger, the speed at which the revs climb and the shifts happen is simply jaw-dropping. For such a capable and contemporary machine, the engine feels properly old-school in the best possible way. The power plant is the soul of a machine like this, and the soundtrack of this thing harkens back to when race cars sounded like race cars.

Other flagship performance machines have proven that supercars can now be used as daily drivers. The R8 RWS’s cockpit has comfortable leather-covered seats that are heated (though not cooled), and the slick Audi Virtual Cockpit screen provides the driver with way more information than is probably necessary. But otherwise, there’s a simplicity and purity to the R8’s cabin to reaffirm that this is a driver’s sports car and not some softy grand touring machine.

There’s precious little cargo space in the front trunk (only 226 L) and not much in the way of cubbies or containers inside, either. Plus, its single-zone climate control and hollow-sounding, seven-speaker stereo would embarrass a GT car costing one-third this much. There’s also the absence of adaptive cruise control and blind-spot and lane-departure warnings that speak to this car’s mission as a driver’s car, too.

Audi’s R8 RWS is the sort of machine that’s in short supply, even amongst its high-end sports car peers. There are plenty of choices with turbos and electric motors and small-displacement engines, but startlingly few with big, sonorous, multi-cylinder engines like this that deliver pure, rear-wheel-drive satisfaction. And despite being a limited edition, the RWS is actually Audi’s lowest-price R8, starting at $163,000. This makes it roughly twenty grand cheaper than an R8 Quattro or AMG GT-R, and in the same wheelhouse as a Porsche 911 GT3.

Audi is building 999 R8 RWS models, with only 60 intended for Canada. If a vehicle costing what this does can be called a good value, this one is. Given how few honest driver’s cars are left on the market, it may even make a good case for future investment.

Back in my day, we didn’t buy a sports car because we thought it might earn us money; we bought it so we could drive it. The Audi R8 RWS rewards its driver every time it sings its way to redline. And that’s the way I like it.

Acura NSX Mercedes-AMG GT S Porsche 911 Carrera GTS/GT3
Optional Equipment
Scoring breakdowns 7.4
9 Styling
10 Powertrain
8 Quality
7 Comfort
5 Practicality
8 Drivability
7 Usability/Ergonomics
6 Fuel Economy
7 Features
7 Value
About Jeff Wilson
Jeff has been an automotive and motorcycle journalist for nearly a decade, but his passion for cars and bikes stretches back to his childhood. A member of AJAC, Jeff has also served on its board of directors, and has won multiple awards for both his writing and photography. When chasing his automotive dreams, Jeff also divides his time between being a father and a television producer with an internationally acclaimed, Emmy-nominated production team.
Follow me
You may also like
7.4