NEW YORK – Just because you’re being chased by a cop in a hybrid, don’t think you’re going to get away.

“The Fusion got a mid-cycle refresh in model year 2017, but it’s a really competitive segment. Customers want a fresh appearance and updated safety.”

Ford has introduced the 2019 Fusion Police Responder Hybrid Sedan at the New York Auto Show, alongside the refreshed 2019 Fusion and Fusion Energi.

The cop version shares the updates given to the Fusion consumer version, including new front grille and lighting, LED fog lights, and revised rear styling.

For consumers, the Fusion continues to be offered as a conventional sedan, hybrid, and plug-in hybrid (PHEV). Now standard on all trim levels is Ford’s Co-Pilot360, a suite of safety technologies including automatic braking with pedestrian detection, lane-keeping assist, rear-view camera, blind-spot monitoring, and automatic high-beam headlamps. Adaptive cruise control and navigation is available on specific trims.

“The Fusion got a mid-cycle refresh in model year 2017, but it’s a really competitive segment,” says Jason Mase, car marketing manager for Ford. “There’s a new Camry, new Accord, and the new Nissan Altima was just unveiled, so we’re keeping up with the competition. Customers want a fresh appearance and updated safety.”

The lineup has been considerably streamlined, with trim and option combinations reduced from about 2,000 possibilities to fewer than forty. The SE trim, the volume seller in Canada, used to carry a naturally aspirated 2.5L four-cylinder, but for 2019, switches to a 1.5L EcoBoost engine.

The base S retains the 2.5L (non-EcoBoost) engine. The 1.5L in the SE is also used in the SEL, but can be upgraded to a 2.0L EcoBoost. The Titanium trim uses the 2.0L EcoBoost, while the Sport model is powered by a 2.7L EcoBoost V6. All use a six-speed automatic transmission.

The big news for the Fusion Energi PHEV is an increase in battery-only range, up from 32 kilometres to 40 km with a full charge. Once the stored charge depletes, the Energi continues to run as a conventional hybrid. “We looked at the average commute and worked toward that range,” Mase says. “Eighty percent of drivers will get to work one way on electricity alone, while 60 percent will be able to go back and forth on it.”

The upgrade is due to new battery chemistry in the cells, Mase says. It doesn’t take any longer to charge the new battery, which is the same size as the outgoing one. However, it’s still located in the trunk, where it chews up about half of the cargo space versus the conventional Fusion.

Ford’s police division also offers the Fusion Energi PHEV, but in a non-pursuit version for less strenuous use, such as for detectives, supervisors, or police chiefs. 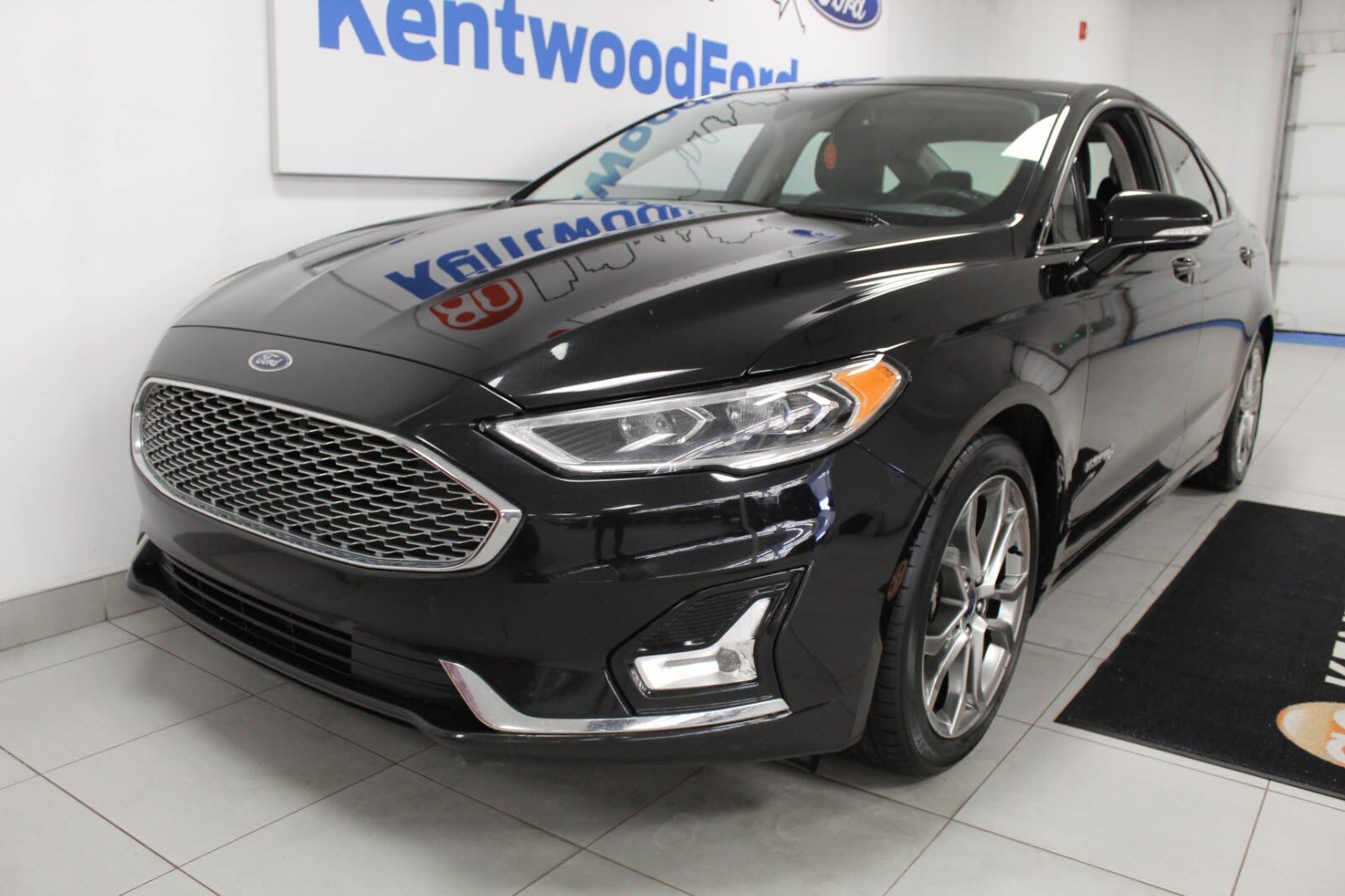 The Police Responder Hybrid has a top speed of 188 km/h, and features a “pursuit” technology that uses the gasoline engine to charge the battery more aggressively during faster driving, so it’s able to provide more electric boost when required.

The package also includes unique powertrain calibration, police-specific suspension, heavy-duty brakes and tires, and improved cooling. Inside, the front seats are flat to accommodate officers wearing bulky duty belts, and the centre console is set up for radios and computers – along with metal “anti-stab” panels in the seatbacks, in case the bad guys get any ideas.

The police model is new for 2019, and Ford is currently presenting it to various departments across North America for consideration.

About Jil McIntosh
Jil McIntosh writes about new cars, antique and classic cars, and the automotive industry. A member of the Automobile Journalists Association of Canada (AJAC), she has won several awards for her writing, including Journalist of the Year in 2016. In addition to testing new vehicles, she owns two from the 1940s.
Follow me
You may also like
AdChoices
Latest Articles
﻿