NEW YORK – Imagine the heart of a Hellcat in the ultimate soccer mom transport. The appropriately named Mike Manley, Head of Jeep Brand, just presented what he claims is the most powerful and fastest SUV ever. Manley’s numbers readily beat even the Tesla Model X.

So how powerful is the 2018 Jeep Grand Cherokee Trackhawk? It houses a supercharged 6.2-liter eight-cylinder engine with sequential multiport fuel injection that emits 707 horsepower at 6,000 rpm, a cannonading 645 lb-ft of torque at 4,800 rpm and a crankshaft capable of taking firing pressures of almost 1,600 psi. That’s “the equivalent of five family sedans standing on each piston, every two revolutions,” according to Jeep’s press release. And those aren’t typos.

Jeep’s Torqueflite eight-speed automatic transmission offers paddle shifting. The front/rear torque split varies by mode with 40/60 in Auto but 35/65 in Sport and 30/70 in Track.

So how fast is it? It was standing still for much of the presentation but is clocked at going from still to 60 miles per hour (multiply that by 1.6 for clicks) in 3.5 seconds, and a quarter mile (400 metres) in 11.6 seconds. It reaches a top speed of 180 mph, which is just under 290 km/h in Canadian, and it’s capable of 0.88 g on the skid pad. For good launch and grip, there’s full-time four-wheel drive with a distribution of 55/45, riding on Pirelli Scorpion Verde P295/45ZR20 tires. What did mother always tell you about playing with fireworks? If you’re worried you’ll blow your fingers off, the Grand Cherokee Trackhawk can brake from 60 back to zero in 114 feet, less than 35 metres, courtesy of a new Brembo braking system and Jeep’s biggest ever front brakes. Furthermore, the Trackhawk includes over 70 safety features, which Manley pointed at on the screen behind him as they flitted by like the health warnings in late night commercials for SSRIs.

In an attempt to tame all that power and size, Jeep’s engineers have outfitted the Trackhawk with Bilstein adaptive damping suspension in the front and rear and seven drive modes: Auto, Sport, Track, Snow, Tow, Eco and Valet. The steering is electric rack and pinion.

Redesigned fascia improve airflow and cooling; water jackets are fitted between the cylinders; and the sodium-cooled exhaust valves will tolerate up to 1,652 degrees Fahrenheit (900 degrees Celsius). That’s functionally solar! Remember, 100 degrees is the boiling point, so you want to control that.

A few more technical stats regarding the Trackhawk:

A quick scope of the Grand Cherokee Trackhawk confirms that it’s not all about going fast. Leather this, spacious that, and standard Apple CarPlay and Android Auto through an 8.4-inch touchscreen infotainment system will please those who aren’t behind the wheel.

Plus there’s heaps of space for all five potential riders with an EPA front-seat volume of 1.55 cubic metres and rear-seat volume index of 1.4. Maximum cargo volume is already a generous 1,930 L m while the total passenger plus cargo volume increases to 3,980 L. 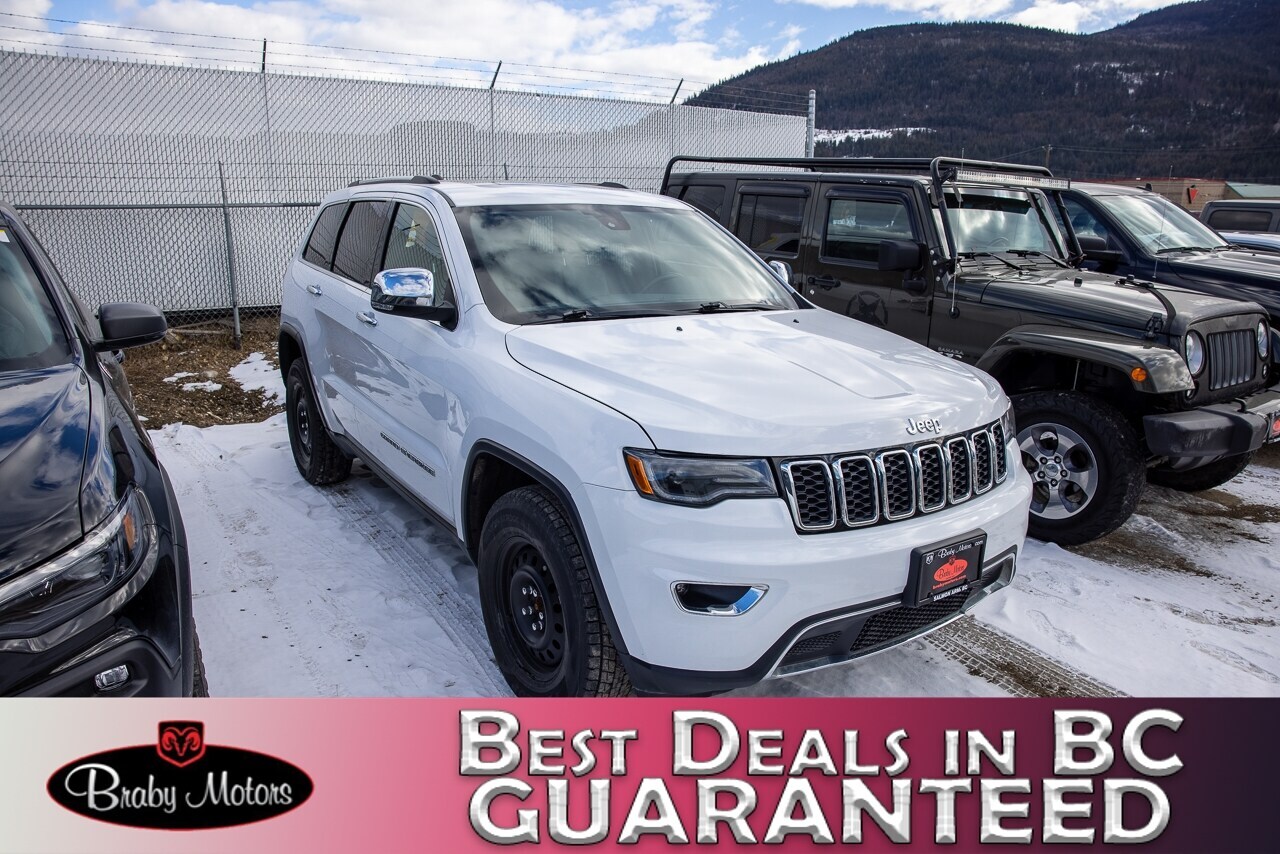 With such hefty engine and speed numbers, it comes as no surprise that the NRCan fuel efficiency numbers were left out of the presentation and also the over-the-top supercharged press kits.

They also didn’t say how much the Grand Cherokee Trackhawk would cost but you can bet those will be some impressive numbers themselves. It will be available in US dealerships in late 2017 and Manley confirmed, “Canada usually gets a proportionate number of models hot on the heels of the US, so you can count on them there too.”