Toyota Concept-i Declares The Future Of Motoring Is Human Do you want to form a relationship with your car that goes beyond oil changes and the occasional hand-wash? That's the gambit Toyota made with the Concept-i, which was unveiled in Las Vegas the day before CES 2017 opened. Alongside its futuristic looks, the Concept-i takes the somewhat radical approach of giving a vehicle an artificial intelligence that seeks to make an emotional connection with the driver.

We're not talking about feelings in the sense of adrenaline, passion, or any of the other well-worn clichés of design and performance. Instead, the Toyota Concept-i will 'measure emotion' in order to enhance the bond between man and machine. The interface between the car and the driver is called 'Yui,' and uses haptic, auditory, and visual cues to communicate while driving. It also keeps track of where you go - not to stalk you of course, but to 'use mobility to improve quality of life.' 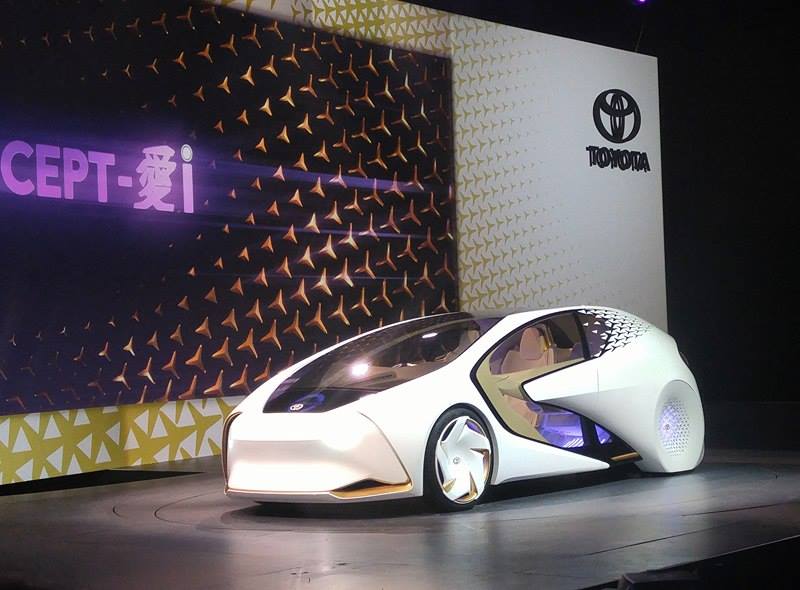 Yui isn't just watching you the entire time you're out on the road, but also monitoring the conditions ahead so it can step in and take over command of the Concept-i if required. Autonomous driving is a feature of the vehicle, but manual controls are also mentioned in the same breath, which is a pleasant change from much of the robo-focused chatter at this year's CES. Pedestrians and other motorists are made aware of whether the Concept-i's reigns are in human or digital hands via a display on the front of the vehicle, while the rear can broadcast visual messages to following drivers about the road ahead. Inside the car there's no claiming Yui's exploits for your own, either, as floor lights change color once the car takes over from human command.

There's no mention of how, exactly, Yui measures emotion, and it's a given that a vehicle as swoopy as the Concept-i will never make it into production. It’s meant as a vision of what driving a Toyota may be like in 2030. Still, to see Toyota show more of an interest in the human driving experience than BMW at a major international showcase is noteworthy in itself.