Hang on, let’s take a selfie

Minivans aren’t all that exciting – least of all to the younger car-buying set – but carefully avoid that term when debuting a new concept and you have a shot at glossing over its familiar proportions and instead draw attention to its technology, rather than its shape. It also helps if you bring the vehicle to CES, where tech typically triumphs over style, and where the Chrysler Portal concept will first show its face.

We’re only referencing the dreaded “M” word because FCA has elected to define that nebulous generation as its target for the Portal. The concept of course includes all of the millennial must-haves: docking stations and charge ports (10 in total), an interior that can be reconfigured for riding rather than driving (with sliding seats fore and aft as well as a huge set of double-sliding doors on each side), and of course a sci-fi dashboard made up almost entirely of LCD touch panels. 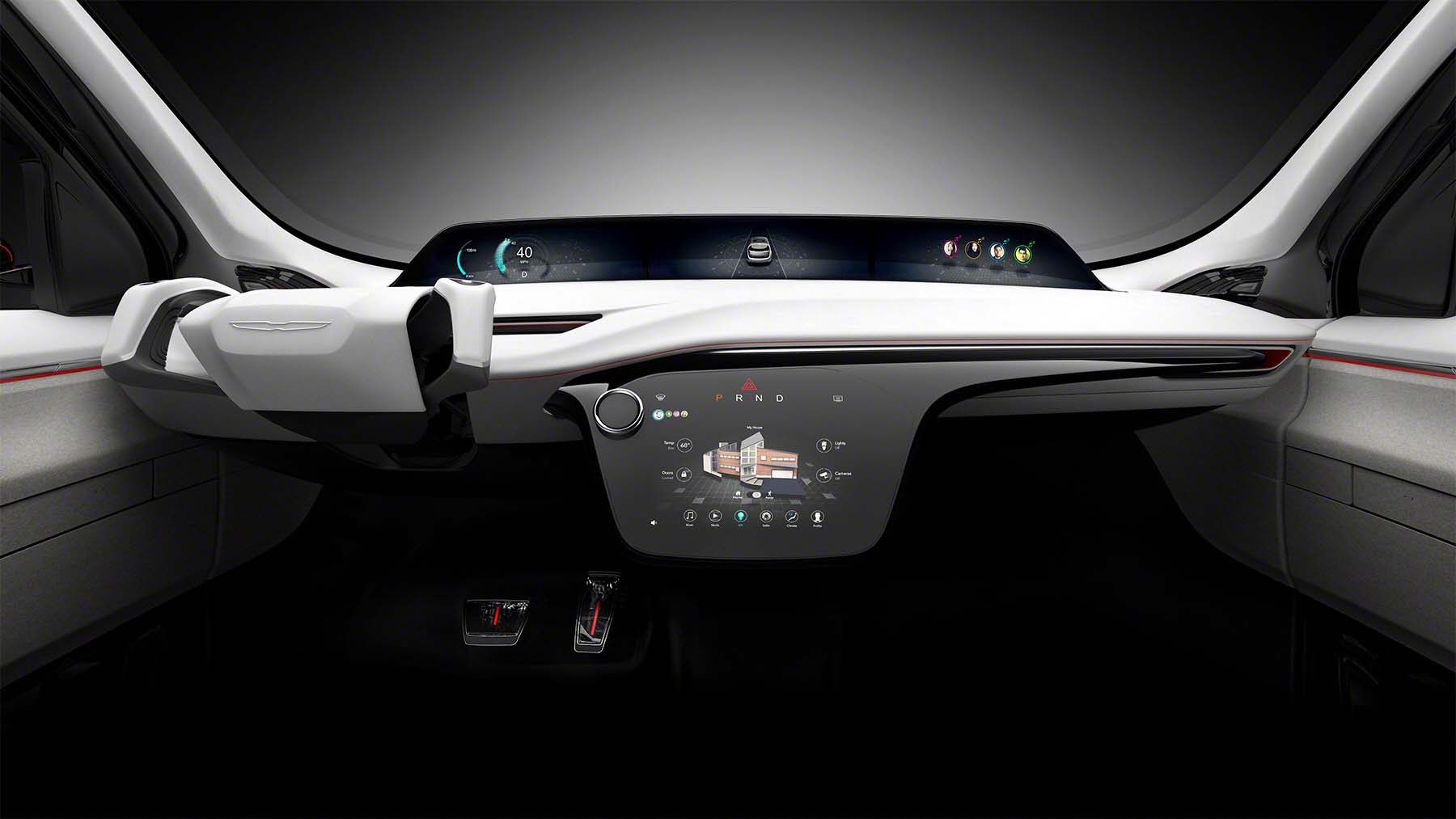 Chrysler is going long with the Portal in terms of advanced communications, entertainment, and safety systems. Whimsical gear like an interior “group selfie” cam, an intercom for chatting with passengers, and a display that can be used to share images, videos, and other media with fellow riders are joined by a facial recognition system that can automatically load vehicle settings and lock and unlock doors on approach, vehicle-to-X infrastructure communication, and SAE Level 3 autonomous driving capability. There’s also some just plain weird stuff, like a camera system that can recognize friends and family as they approach the Portal (for what benefit remains unclear), as well as a “personal zoned audio” system that can direct the sound of approaching traffic to the driver (useful) as well as individually project music to each seat so people don’t have to wear headphones (nightmarish).

The Chrysler Portal was developed in conjunction with a number of tech industry heavyweights, including Samsung and Panasonic, which allowed FCA to save on development costs by leveraging existing hardware and software. Even more interesting is the claim from Chrysler that the Portal features upgradeable sensors and code, allowing it to evolve with the times as new technology comes online. Compared from the existing automotive world where infotainment and safety equipment from major car companies are essentially frozen in time, this is certainly a welcome step. 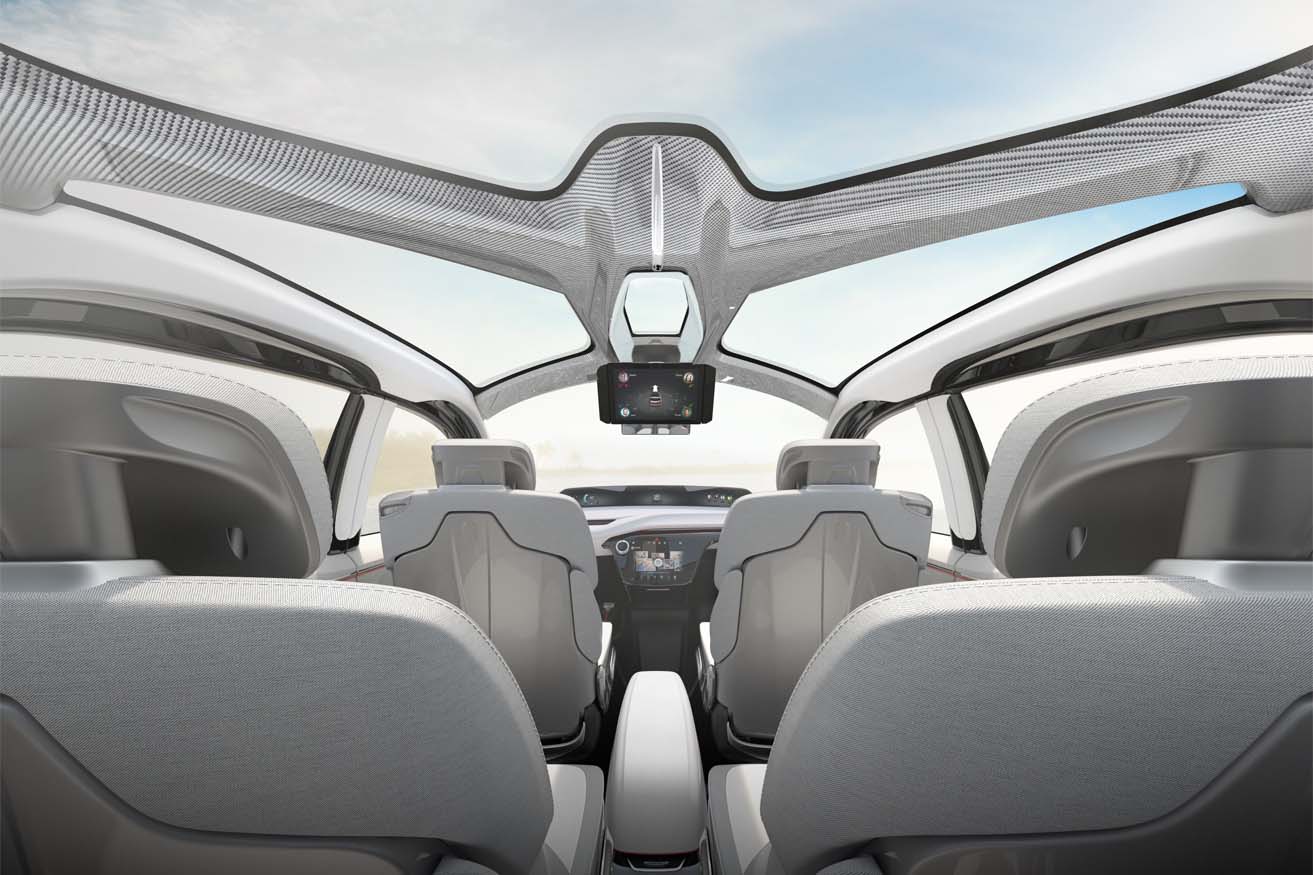 The Portal is entirely electric, so it boasts a 100 kWh lithium-ion battery and a single electric motor that sends an unspecified amount of torque to the front wheels. Range is advertised at just over 400 kilometres, and a DC Fast Charging feature allows for rapid top-ups.

Don’t look for the Portal on a Chrysler lot any time soon, but you can be certain that a number of its more portable tech features could be showing up in various FCA products in the near future – depending, of course, on how they play to the Millennial crowd. Another place you won’t find the Portal (or at the very least, any of the hype surrounding it)? The North American International Auto Show in Detroit, as Chrysler has taken the unusual step of making CES its centerpiece in the first quarter of 2017. While FCA will put in an appearance in its hometown expo, you’ll have to head to Vegas to sample anything new or groundbreaking – like the Portal – from the company.