Honda might be the automotive partner of the NHL, but Wayne Gretzky is the face of hockey worldwide, and perhaps nowhere is that more keenly felt than in Los Angeles, where he played a key role in building the strong fan base that the game enjoys today. It was thus a no-brainer for Honda to bring him to the 2016 LA Auto Show to help the brand announce its plans with the league – and to unveil a special truck.

Honda has worked with the National Hockey League for many years, and with the recent redesign of the Ridgeline pickup it only made sense for the brand to make it the centerpiece of its 2016 sponsorship efforts. To that end, Gretzky joined Honda officials and Brian Jennings from the NHL onstage to unveil a special edition of the 2017 Honda Ridgeline that will be awarded to the MVP of the upcoming All-Star game in February – which, not coincidentally, will be hosted in LA at the Staples Center, which is adjacent to the Convention Center where the announcement took place. 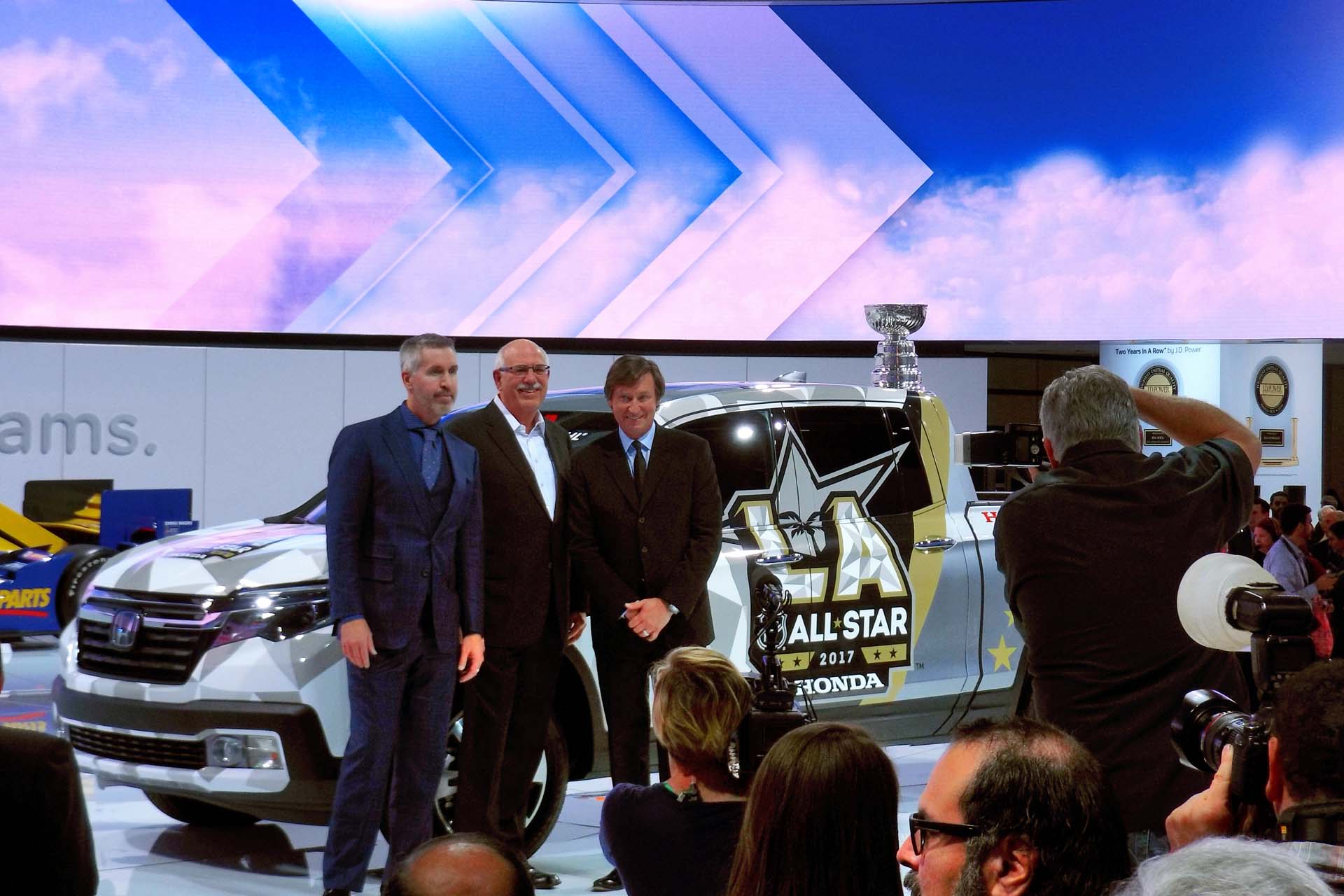 Also on hand for the unveiling of the NHL All-Star Game MVP Honda Ridgeline was the Stanley Cup, which sat in the bed of the truck. It’s always a bit taboo to claim the Cup as your own if you haven’t earned it, but given that the Great One was standing just a few feet away, we’re willing to give Honda a pass. To be honest, we were kind of hoping that the hump sticking up from under the sheet in the Ridgeline’s bed was actually a dirt bike, but it’s probably a fair assumption that any NHL player who is at the level required to win All-Star MVP honours would be able to afford their own two-wheeled accessory for the truck.