Talk it out with your mechanic (and a jug of coolant)

This month’s story comes to us from Nick Labrie, an automotive technician in Sudbury, Ontario. It illustrates that sometimes, big problems with a vehicle have simple little solutions, and also reinforces the importance of having a good relationship with your mechanic.

Labrie shares a story from last winter, about a customer and her older, higher-mileage Jeep Grand Cherokee. The vehicle was in for an oil change and winter tire swap, and after the customer pulled into his bay and got out, Labrie noticed something unusual.

“The customer was wearing heavy winter gear inside the vehicle,” Labrie comments. “She looked like she was freezing. This was probably mid-November: a chilly day, but not so cold you’d need to bundle up if you were in a warm vehicle.”

Labrie jokingly asked the customer if she had a cold, or if he should turn the heat up in the shop.

“The customer told me that the heater in the Jeep didn’t work. The extra winter clothing was to keep her warm while driving, since the heater wasn’t doing a thing.”

The customer, and the Jeep, had never visited his shop before. He asked a few more questions, and discovered that the customer had been driving this Jeep for nearly a year with virtually no heat. Not a big deal in summertime – but a significant problem with the onset of a Northern Ontario winter.

“I offered to take a look at the cooling system for her,” Labrie says. “There are a few reasons for a no-heat situation, and most are easily dealt with. Often, it’s a bad thermostat, a clogged heater core, or a bad fan or the switch that controls it.”

But the customer’s non-functioning heat wasn’t the only issue. When Labrie questioned further, the customer admitted to being afraid of taking her vehicle to a mechanic, and said she didn’t want Labrie to inspect the heater in her Jeep.

“Apparently, in the past, this customer’s vehicle was worked on at another shop, and she was handed several expensive repair bills in a single year,” he comments. “I’m not sure what work was done or what was charged, or whether or not she was gouged. But the point is, this customer was afraid to visit a shop, for fear of the cost. She didn’t want a mechanic to address her heat issue, because she was afraid she’d be charged thousands, and felt she had no control.”

Labrie told the customer that he’d have a look under the hood, free of charge, while he was performing the oil change. Though some issues with a vehicle cooling system, which also heats the cabin, are complex, others are easy to diagnose.  The customer reluctantly accepted the free inspection. 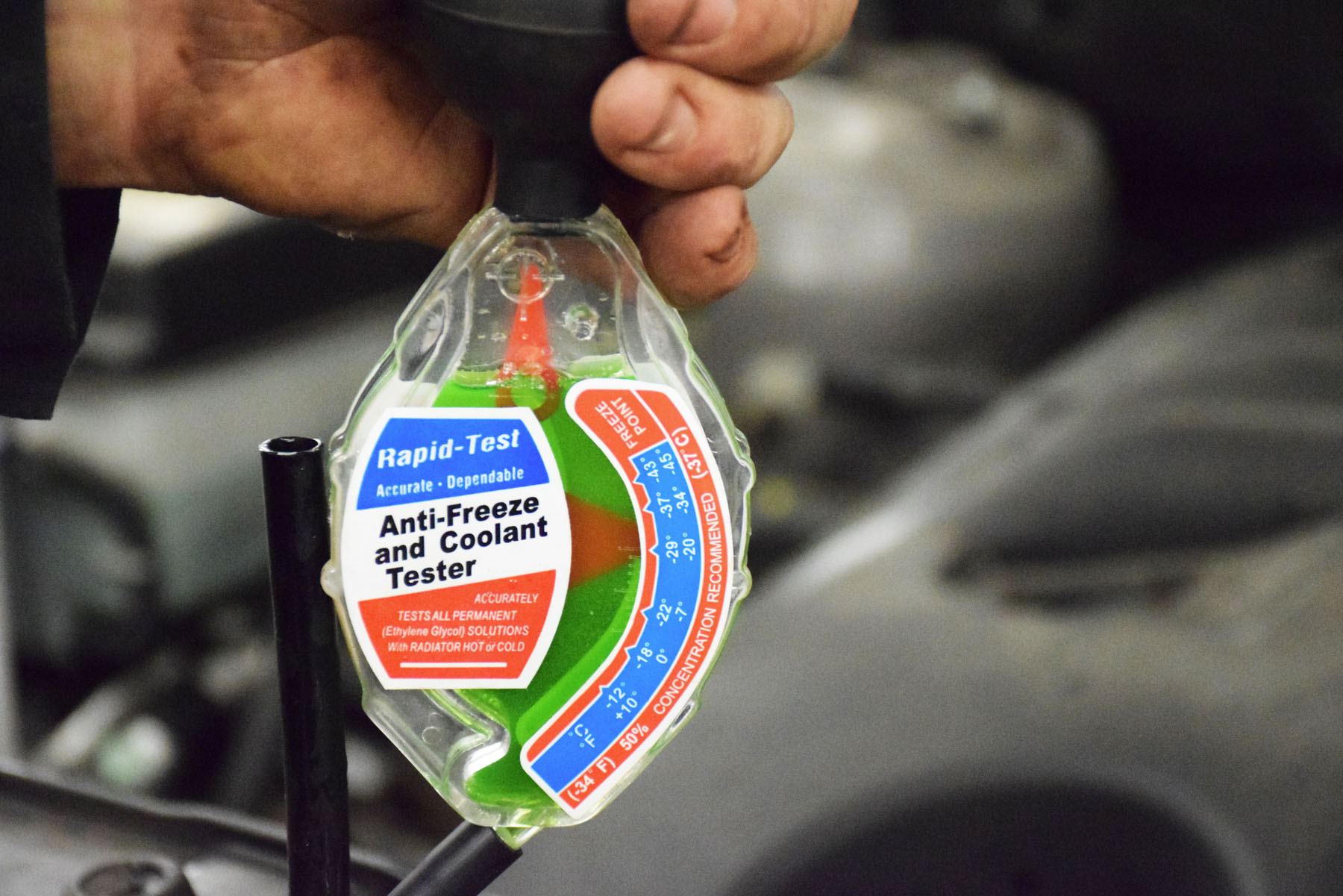 “This was a really apprehensive customer,” Labrie adds. “We have a sign out at the road with the pricing for things like oil changes and winter tire swaps. Those are pretty much set in stone. But this customer was literally worried we’d charge her hundreds of dollars or more just to see what the problem with her heat was, and even more to fix it.”

Labrie completed the Cherokee’s oil change, and then checked the coolant levels – a process that took about 30 seconds – and discovered that the coolant level was drastically low. Labrie suspected this was the cause of the non-functioning vehicle heater, since engine coolant is used to heat the vehicle cabin.

Why was the coolant level low?

Labrie speculates: “This is an older Jeep with the 4.7L V8, and a lot of miles. It’s not uncommon for these engines to lose coolant, possibly through the head gasket, as they get older. We see enough of these machines develop head-gasket issues as they age.

“But I couldn’t tell if that was the issue without some diagnostic work that costs more. Topping up the coolant would, at least temporarily, fix the issue though.”

Labrie figured that before topping the coolant up, the engine had enough coolant to keep itself from overheating, but not quite enough to be pumped into the heater core to heat the cabin.

“We turned the Jeep back on, and in about 10 seconds we had heat” Labrie says. “This was a happy customer. She was laughing and smiling, even gave me a hug, and brought me a coffee the next day. This was a persistent problem she was scared to address, and I’d fixed it in about 90 seconds, for twelve bucks.”

Topping up the coolant didn’t address the reason that the coolant had gone missing in the first place, but at least it got the customer back into a warm vehicle for the time being.

“Given that she drove this Cherokee for so long without any engine overheating, I suspect it’s a very small coolant leak, which caused the level to drop over many months,” Labrie comments. “I told the customer to keep an eye on it, and to call me if the heat failed again.”

The customer wound up enjoying full heat all winter, and ended up selling the Cherokee in springtime for a Chevrolet Impala. She’s a regular customer at Labrie’s shop to this day.

There are a few lessons, here. First? Not all big problems with a vehicle are actually big problems. In this case, the fix, or at least a temporary one, was simple and cheap – though it took a qualified and honest mechanic to make it happen. Second? Shoppers concerned with high repair bills should get an estimate before authorizing any work to their vehicle, which can protect them from huge costs, or give them a means to shop around for a better price.

As Labrie advises, “the majority of customers leave their vehicles with us, and tell us to call them if the bill will exceed a certain amount. This is fairly common, actually. I wonder if this customer just didn’t know that was an option.”