There have been plenty of cars built bearing animal names - Mustang, Firebird, Impala - but just how many vehicle design teams took the extra step and went full zoomorphic? Cars that look like animals aren't nearly as common as the fauna, fish, and fowl monikers spread throughout the industry might indicate, but we've rounded up the most unusual / impressive / what-were-they-thinking efforts and tried to make that link between animal inspiration and automotive end product.

Check out these 10 cars that look like animals and see if you can spot their link to the wild kingdom. A little more than 10 years ago, Mercedes-Benz showed off the Bionic concept to the world. With unusual body work that evoked motion through the water and fish-like fins at the rear, the Bionic had been modeled after the boxfish, a humble sea-dwelling creature that the automaker's engineers had considered a perfect model of hydrodynamics. The company attempted to apply the same principles it had seen in the aquatic environment towards reducing drag through the air and improving the Bionic's stability and efficiency.

Unfortunately, fish-like looks aside, Mercedes-Benz got it wrong. Apparently, the stabilization that the Bionic's designers thought was inherent in the boxfish's shape resulted from a complete misunderstanding of fluid dynamics. In reality, the boxfish is a model of instability that maneuvers by the grace of its tiny fins, which allow it to evade predators despite its cumbersome body. Oops. 'Tiburón' is the Spanish word for shark, and the first-generation Hyundai Tiburon coupe, introduced in 1996, went out of its way to stay true to its namesake. From the fin-like character lines built into its front and rear fenders and rocker panels to the pointed snout, slanted eye headlights, and shark-fin spoiler, Hyundai's affordable front-wheel drive two-door might have lacked the powerful punch of the ocean's most fearsome predator but confidently swam through the streets regardless. Later models got more grunt – and even gills on the fenders – but the Tiburon was largely an also-ran in the compact coupe class, and was eventually replaced by the better-received Hyundai Genesis Coupe. 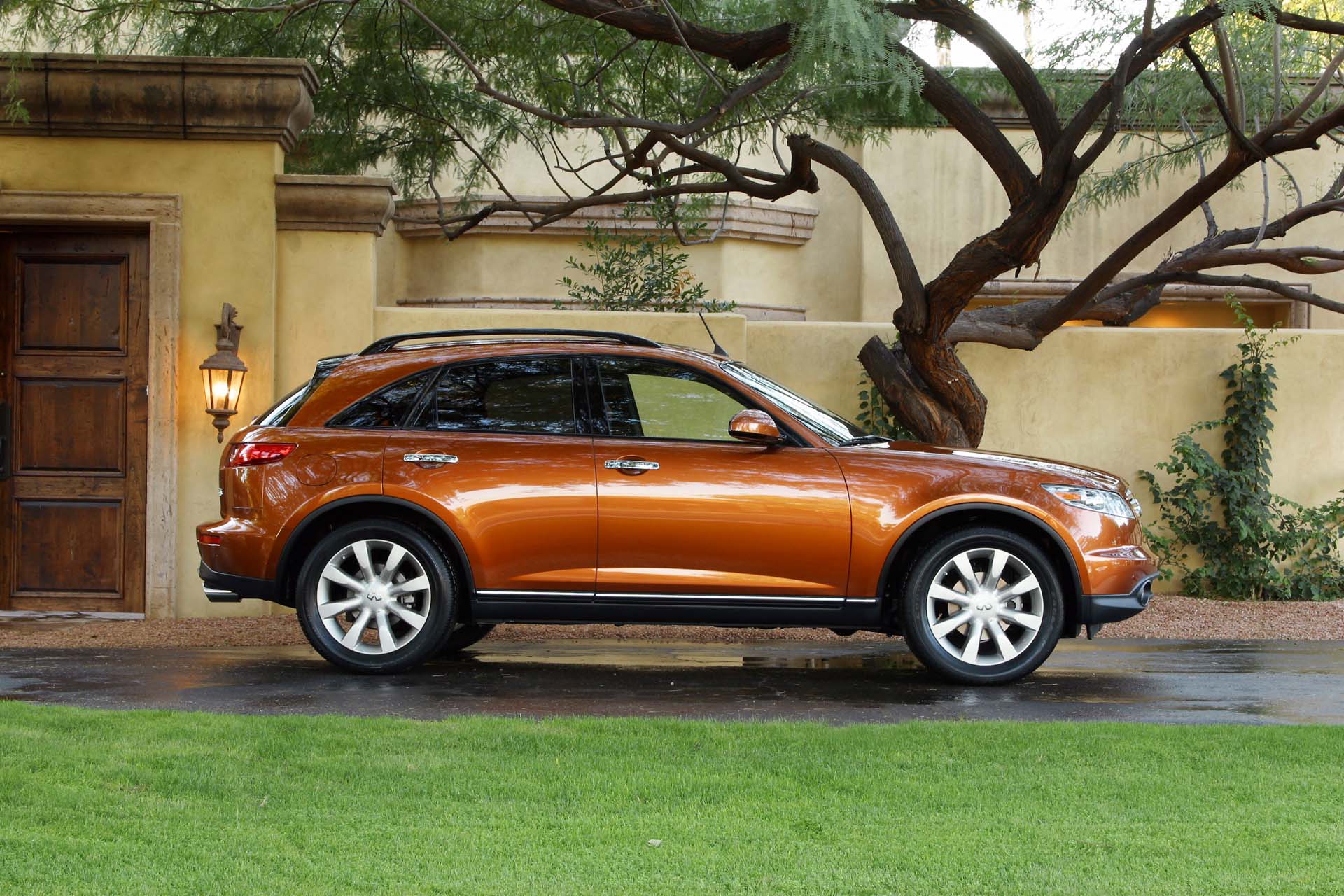 The Infiniti FX - now known as the QX70 - was a startling take on the luxury SUV concept. Based on the same platform used to underpin the Nissan 350Z sports car, the FX was available in rear-wheel drive and all-wheel drive configurations, but even more unusual was its aggressively muscular design that Infiniti claimed had been modeled after a bionic cheetah. Yes, you read that correctly: the Japanese premium brand sought inspiration via the imagining of an artificially-enhanced version of one of nature's quickest land creatures. Although the look has been toned down somewhat in the latest QX70, the bionic cheetah design concept continues to shape the look of Infiniti's singular SUV. 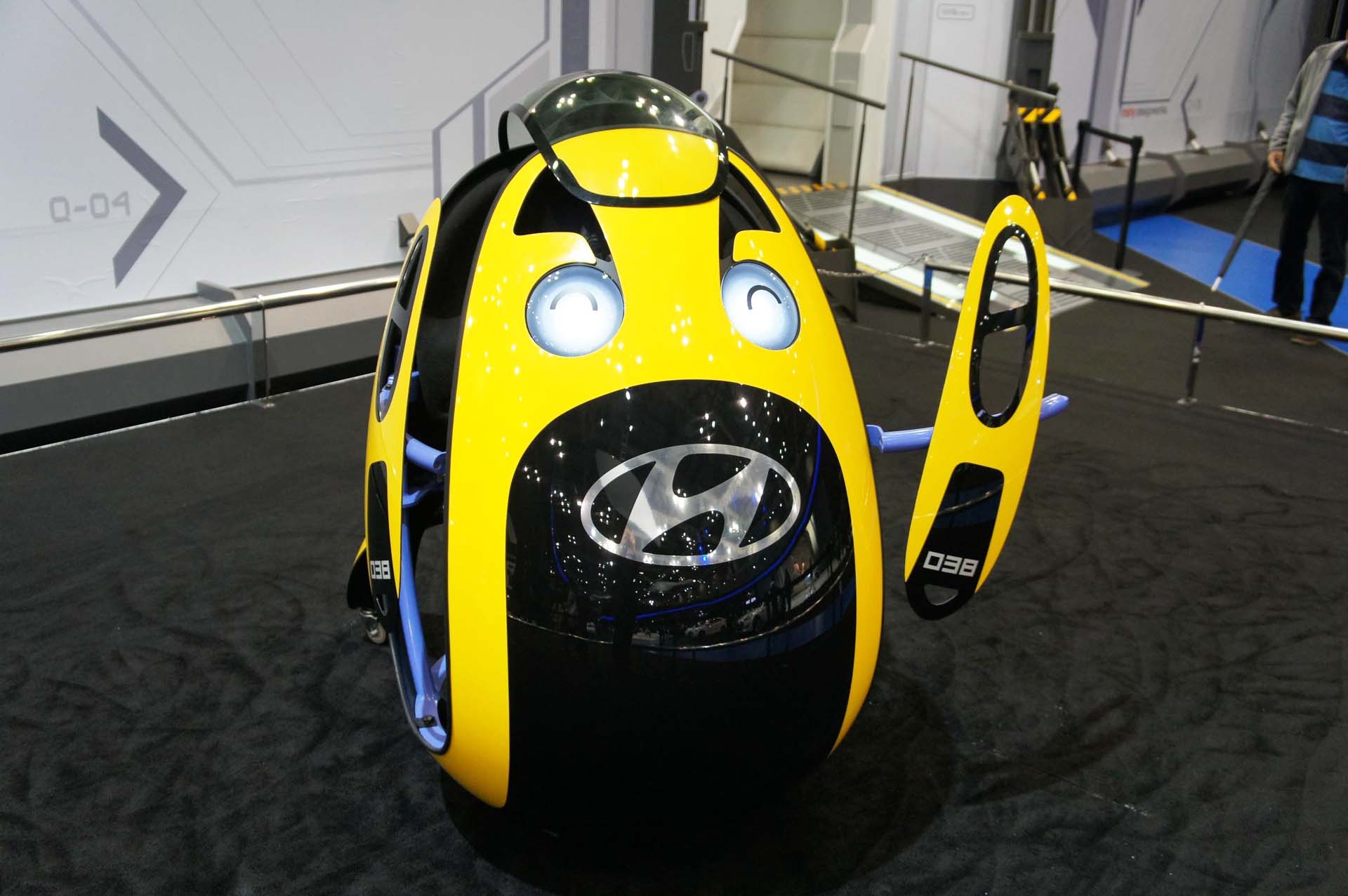 The Hyundai E4U is one of those personal mobility vehicles that are ubiquitous at car shows around the world but never seem to actually make it onto the market. The first thing that comes to mind when looking at the E4U? An egg, of course - but take a closer look at Hyundai's concept, with its yellow-and-black striping, its big headlight eyes, its pair of trailing legs, and the ludicrous glassed-in helmet that riders are asked to wear, and tell us that it doesn't scream 'bumblebee.' Did Hyundai inadvertently create the world's first 'personal mobility bee?' We're inclined to say yes. 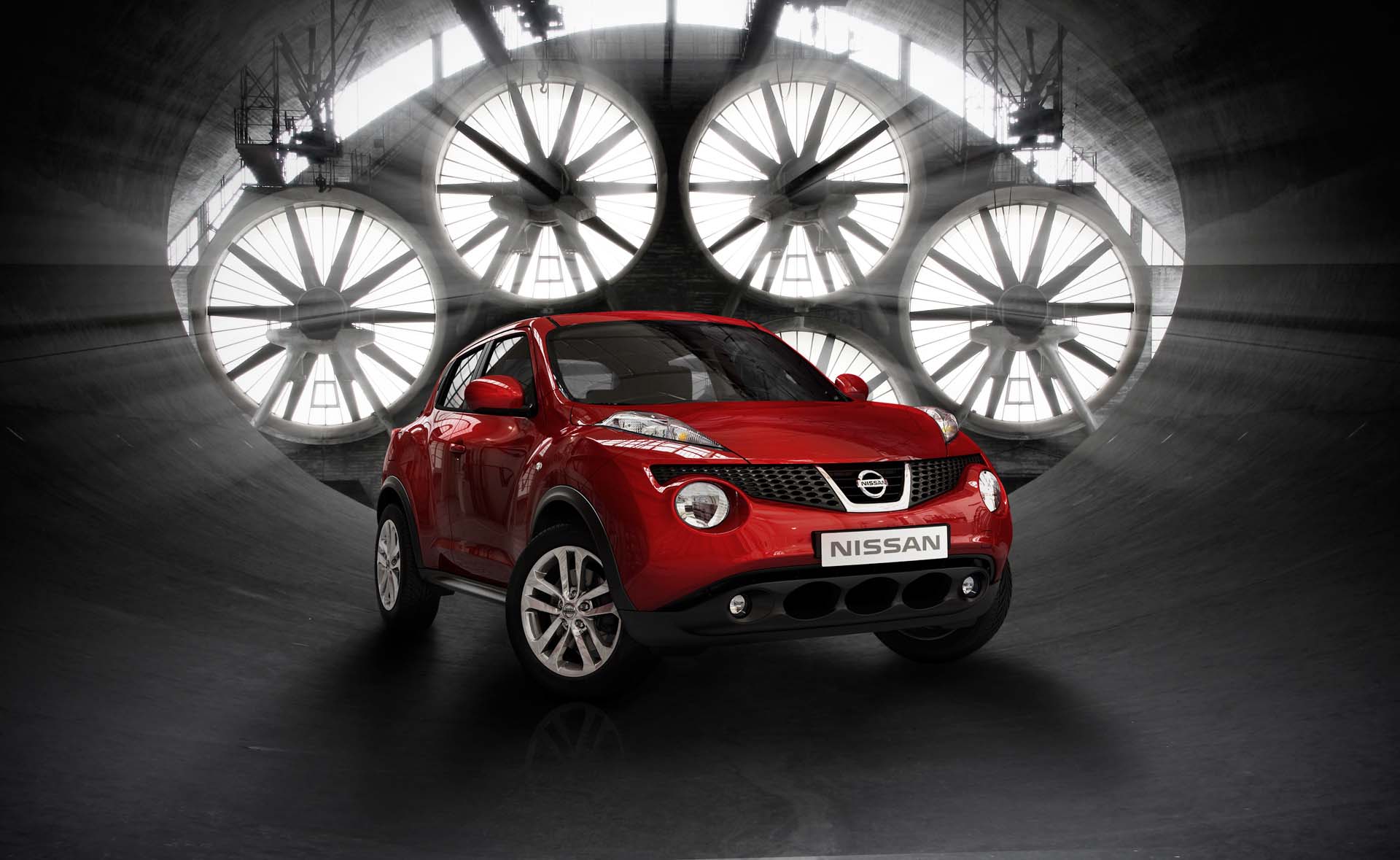 If the Infiniti FX is a bionic cheetah, then the Nissan Juke is a bionic frog. Never before has a subcompact ute polarized so many people with its controversial visage, which features bulging lights both set into the grille and perched on top of the fenders that are strongly suggestive of a frog's face. The short and squat proportions of the Juke don't do anything to dispel this impression, and if anything its curvy fender swells reinforce its frog-like image. Those who “get it” have helped to make the Juke a hit for Nissan, but you have to wonder how many Kermit posters were on the wall at the design center when the initial idea for the crossover was floated. 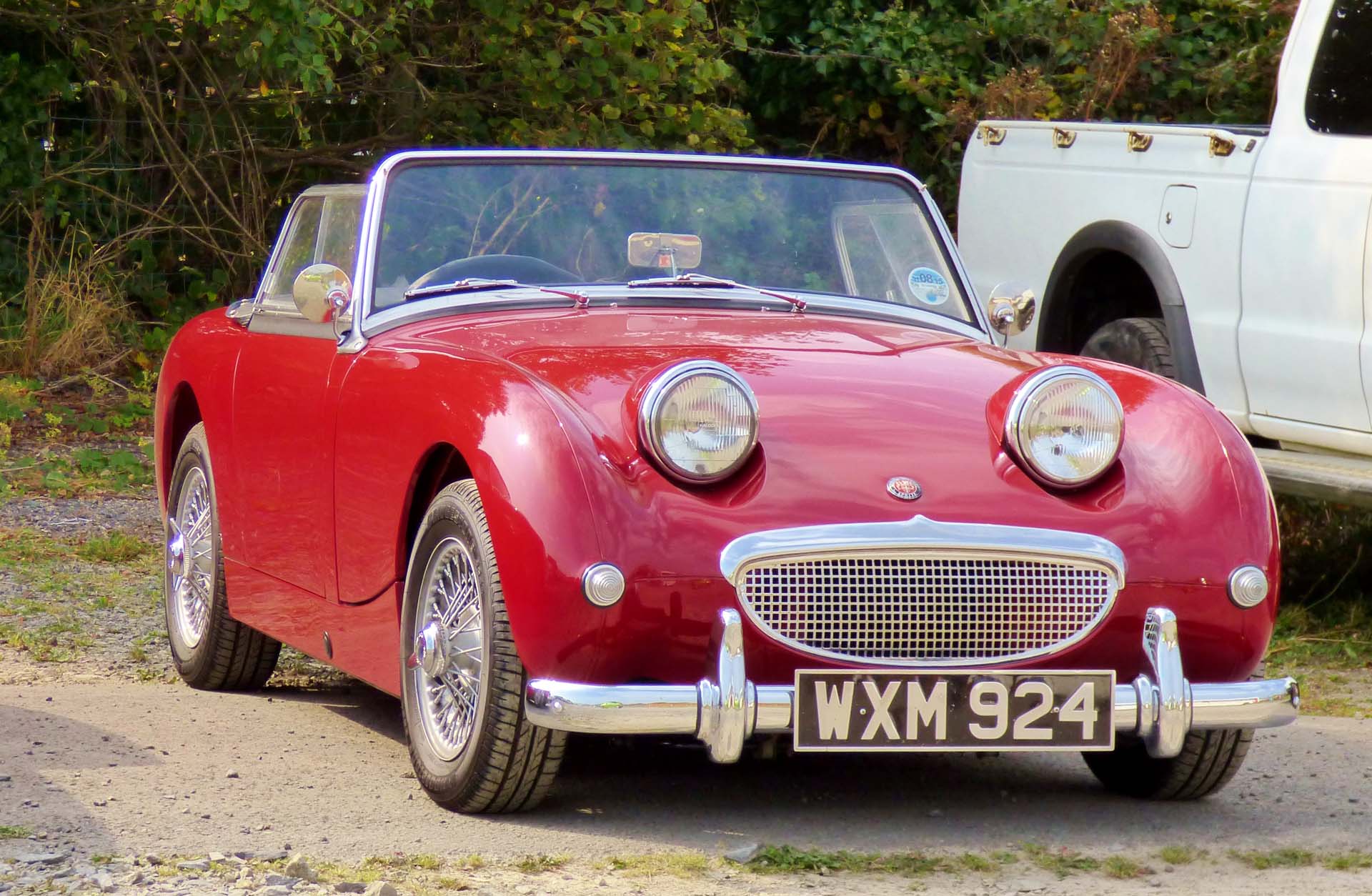 While on the subject of frogs, we'd be remiss if we didn't mention the Austin-Healey Sprite. Also known as the “bug-eye Sprite” and the “Frogeye” for reasons that should be immediately obvious, the Mark I (or first-generation) Sprite perched two big peepers up on its hood inboard of the fenders, giving it one of the most distinctive first impressions in automotive history. Offered between 1958 and 1961, the headlights were originally intended to fold down flat when not in use, but little Austin Healey (which was owned by BMC at the time) simply couldn't afford to mass produce the technology. And so, from this humble cost-cutting measure, a roadster legend was born. 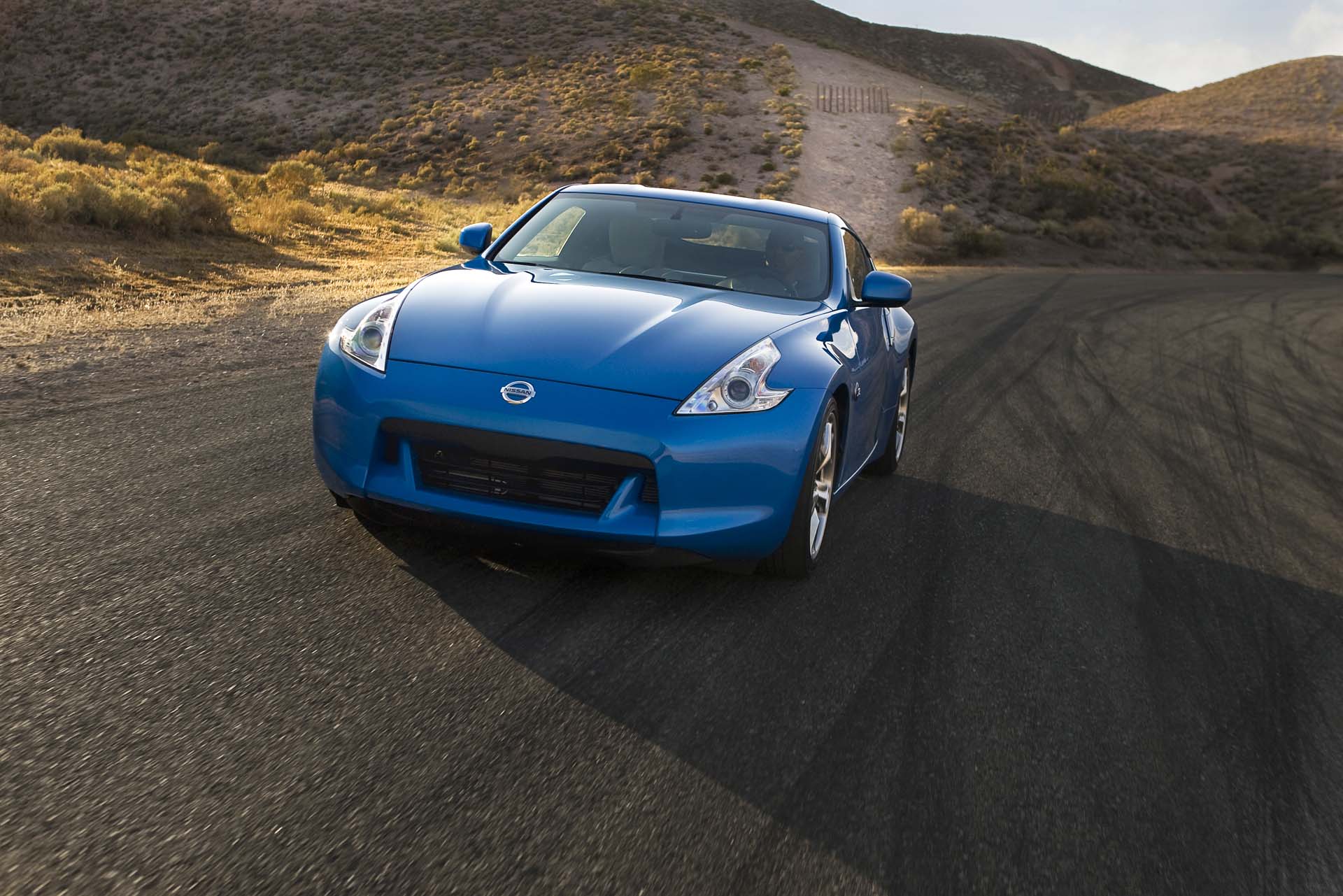 The Nissan 370Z supplanted the well-received 350Z as a 2009 model, bringing with it more power from a new engine as well as a higher quotient of performance-oriented technology. Unfortunately, the re-styling effort that accompanied the car's refresh, while sleeker in profile, featured two “whiskers” angled upright in the car's lower air intake that for all the world resembled the gaping maw of a catfish. Nothing Nissan could do would shake off the catfish accusations from legions of Z fans perturbed by their icon's piscatorial front fascia, until finally in 2013 both the coupe and roadster had their whiskers amputated in favor of a cleaner look. 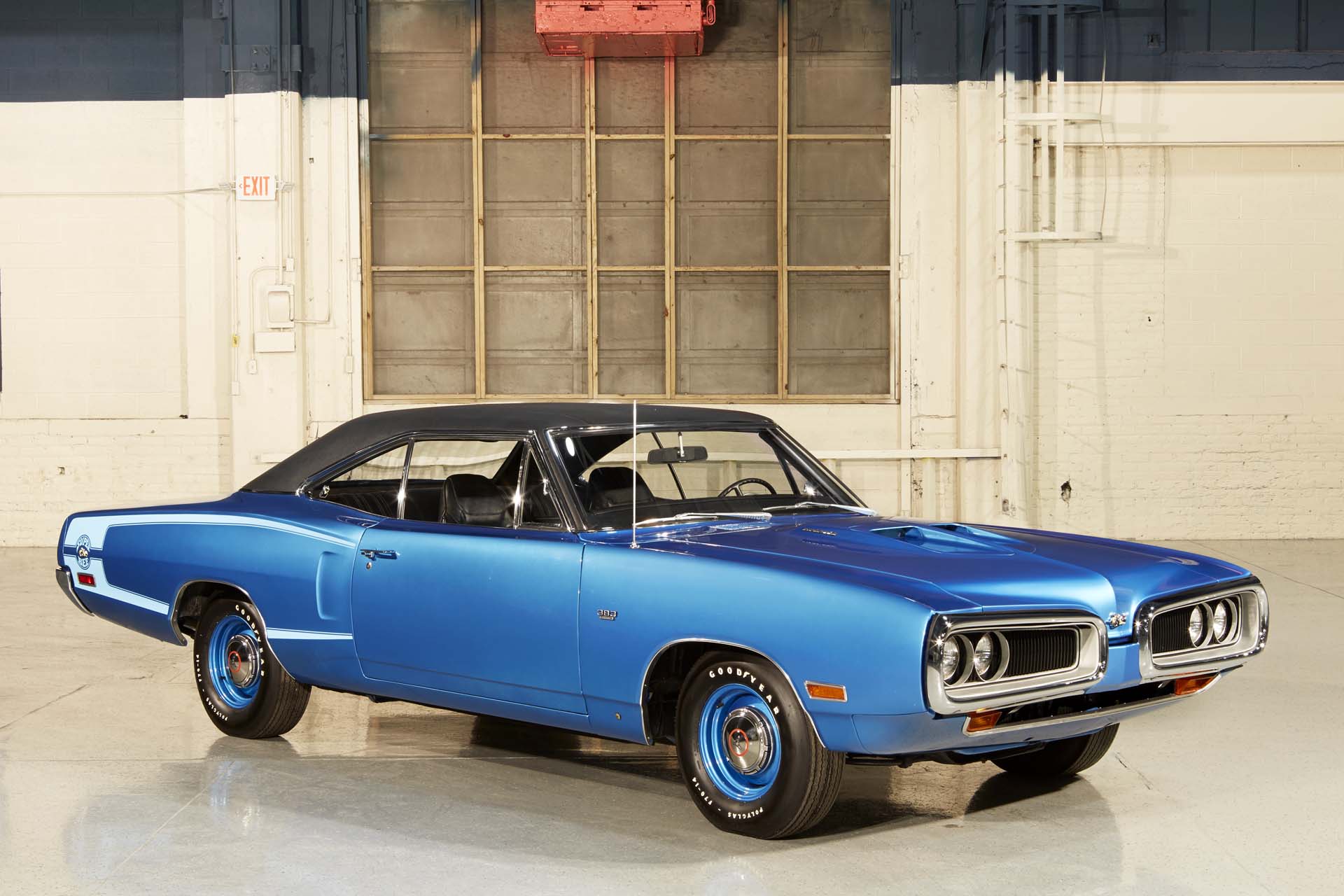 The Dodge Super Bee makes this list of cars that look like animals precisely because it doesn't really look anything like the insect its name lays claim to. Or does it? What, exactly, is a super bee? Is it a massive hunk of Detroit iron with an angry, angled grille that looks like it's about to devour a drag strip in 13 seconds or less? Is it just something marketing dreamed up during a fevered product planning session one night, complete with matching helmeted-and-goggled Super Bee logo? I guess we'll never know.

The Volkswagen Beetle is in many ways the original zoomorphic automobile, made even more intriguing by the fact that its designers never intended for it to be known by anything other than its internal product designation. Volkswagen dubbed the car the Type 1, and even though that's what it said in the brochure when the compact coupe first hit American shores in 1949, it wasn't long before buyers and dealers were referring to the vehicle by the Beetle or Bug names. Inspired by its iconic, hunched profile, the VW Beetle had to wait until 1998 to get official love for its crowd-sourced appellation when the New Beetle hit the scene. 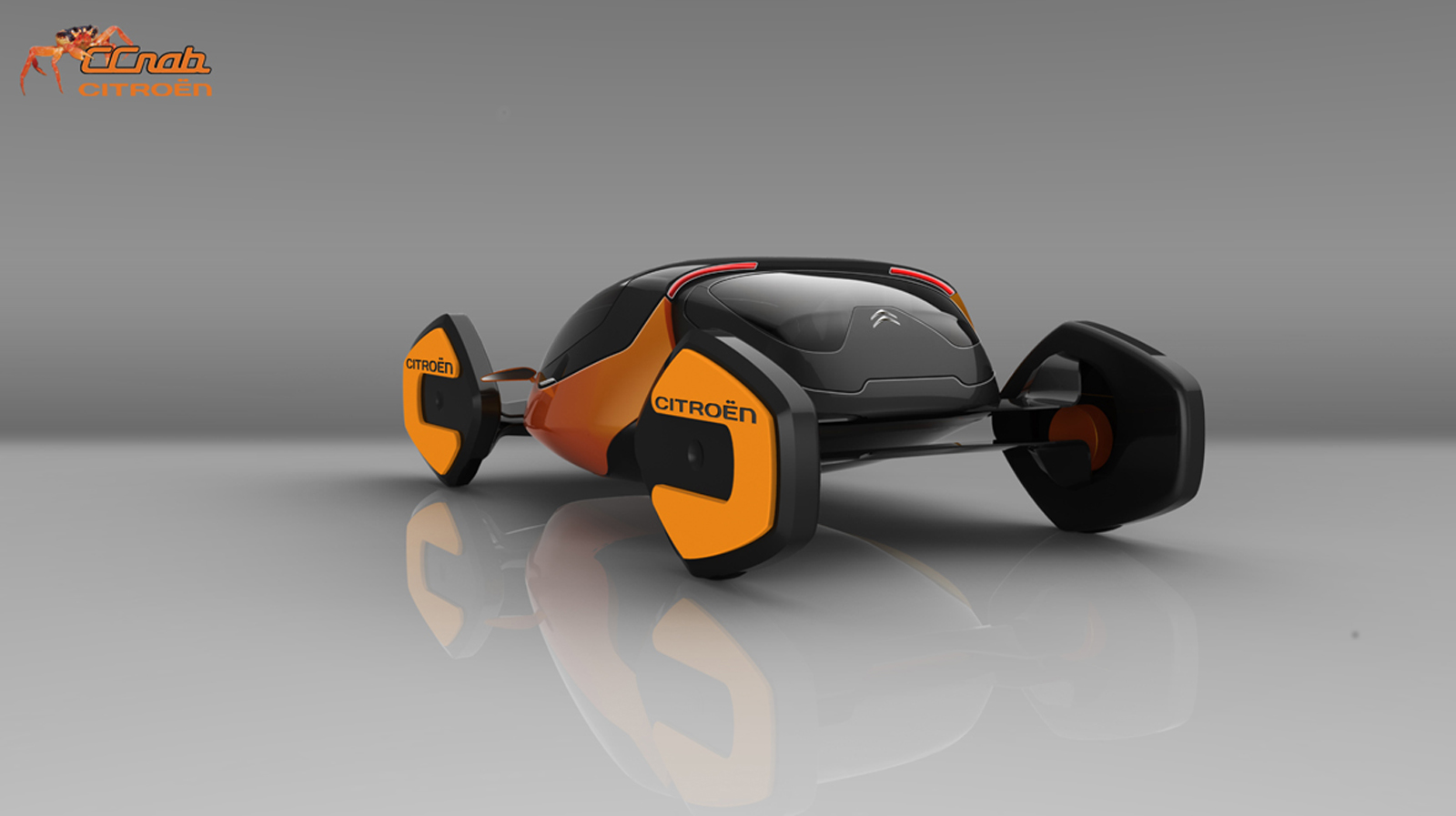 Crabs walk sideways. Most school children know that - but apparently, this fact was salient enough to launch the design of the Citroen CCrab, a concept vehicle that dared to ask the question “what if cars could walk sideways, too?” The CCrab was intended to move front, back, and sideways in an effort to navigate packed city streets, a feat made possible by its independently-controllable wheels (one at each corner). Citroen never built the crab, missing out on the unprecedented opportunity to market Citroen CClaws as an accessory.