A look at a list of hot rides for drivers with two feet.
Advertisement

A look at a list of hot rides for drivers with two feet.

The manual transmission is dying.

Every 43 seconds in Canada, another car loses a manual transmission option. In other countries, automatics are reserved almost solely for the handicapped and the elderly. In Canada, they’re becoming the norm – and manual transmissions cars will soon become as rare as Target stores as extinction looms.

God gave most of us two hands and two feet. Some people still use both of them to drive. If you’re driving a car with a manual transmission now, I salute you. You know what’s up. You’d rather suffer scrotal frostbite than let a gear go un-shifted. You are a badass, a gentleman or a proper lady. We’d like to buy you a coffee for being awesome.

If you’re not driving a manual-equipped car right now, but would like to, we can still be friends. Consider our list of cars available now, or available lately, that came only with a proper manual transmission. 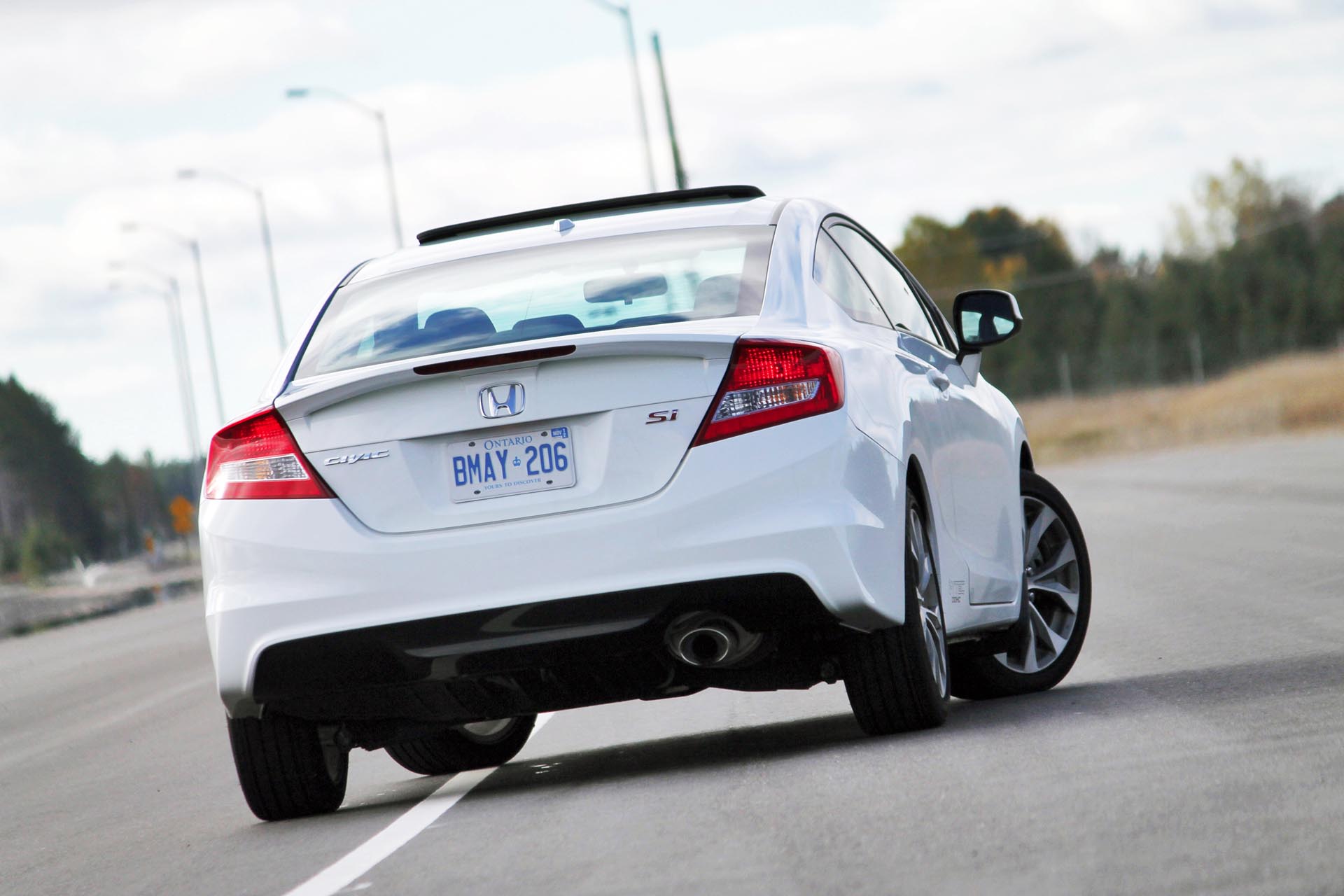 For ages, Honda’s VTEC-equipped go-fast rocket-Civic came just one way in the gearbox department: with a proper stick. Newer models get a super-slick, short-throw six-speed box driving a limited-slip differential that spins the front wheels—providing fantastic control and a great physical connection with the high-revving four-cylinder engine. Want an automatic on your Civic Si? Too bad. But not really, the feel of this frolicsome six-speed manual is one of the best out there. 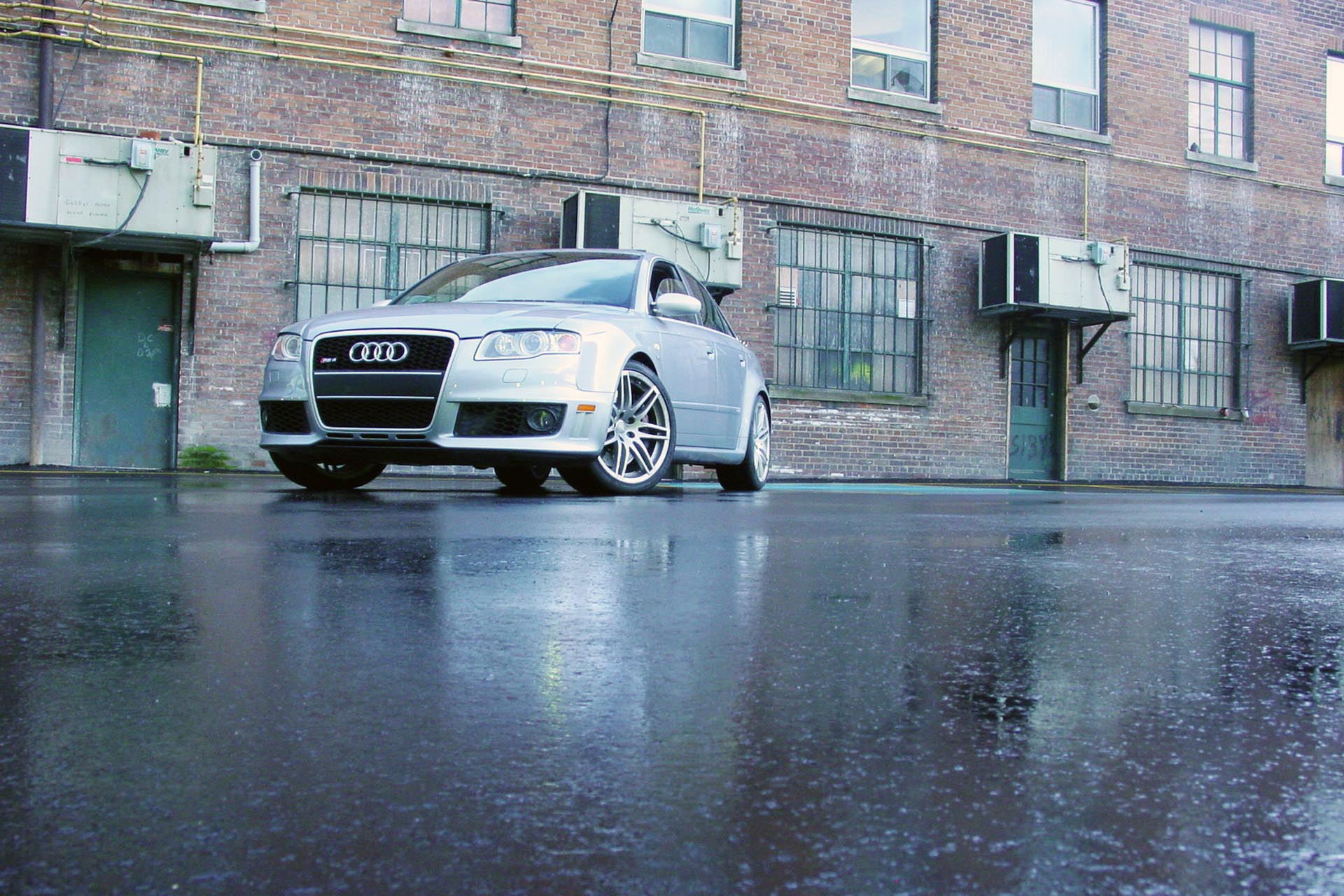 All hail its majesty of rip-snorting sleeper super-sedans, the Audi RS 4! This over-the-top, under-the-radar rocket-rig was only sold to us Canucks for two years, and you’ll be shopping the used market for one, if at all. Mostly, you’ll love how Audi installed a throbbing 4.2L V8 with 420 horsepower and a redline of eight-freaking-thousand revs (!!!), along with a proper gentleman’s manual transmission, with gear ratios so tall you could rip it into second to pass an 18-wheeler on the highway. This one goes like bananas and looks classy and discreet, all while letting drivers jump in with both feet. 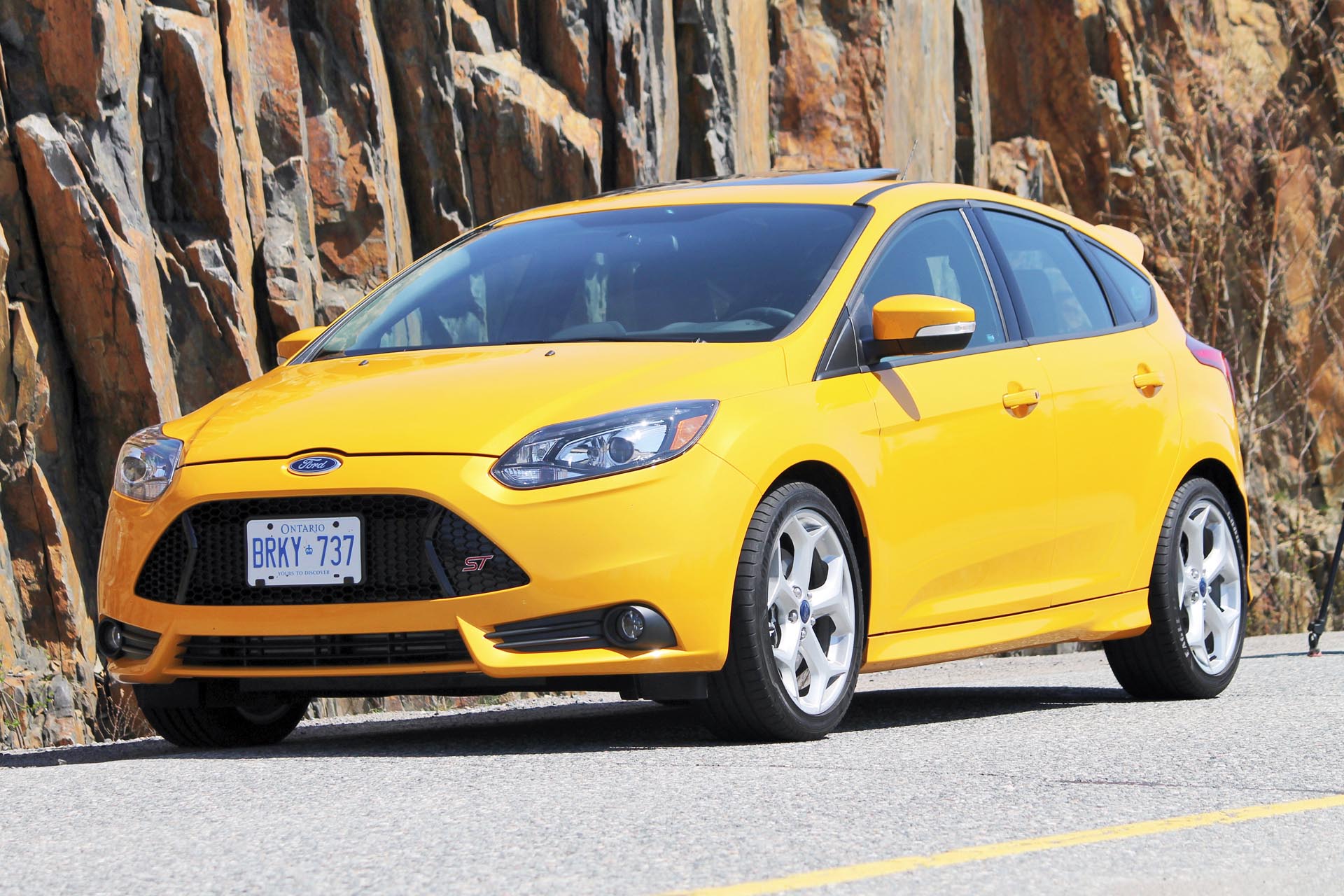 This world-class, turbocharged hot-hatch gets grippy-as-heck Recaro seats, a slick-looking centre-mounted exhaust, killer body kit and moves as good as they come in a front-drive ride, thanks to the control-blade suspension, torque-vectoring control, and other high-tech engineering sorcery. High-tech handling is great stuff—especially when it comes with low-tech shifting via the exclusively available six-speed manual. This one’s beefy and solid: the clutch holds power and doesn’t feel like it’s made out of lasagna. The Focus ST does plenty for the driver when they push it hard, and you’ll likely be glad that shifting the gears isn’t one of them. Honourable mention goes to the Focus ST’s little bro Fiesta ST, which is just as fun if not quite as ballsy. 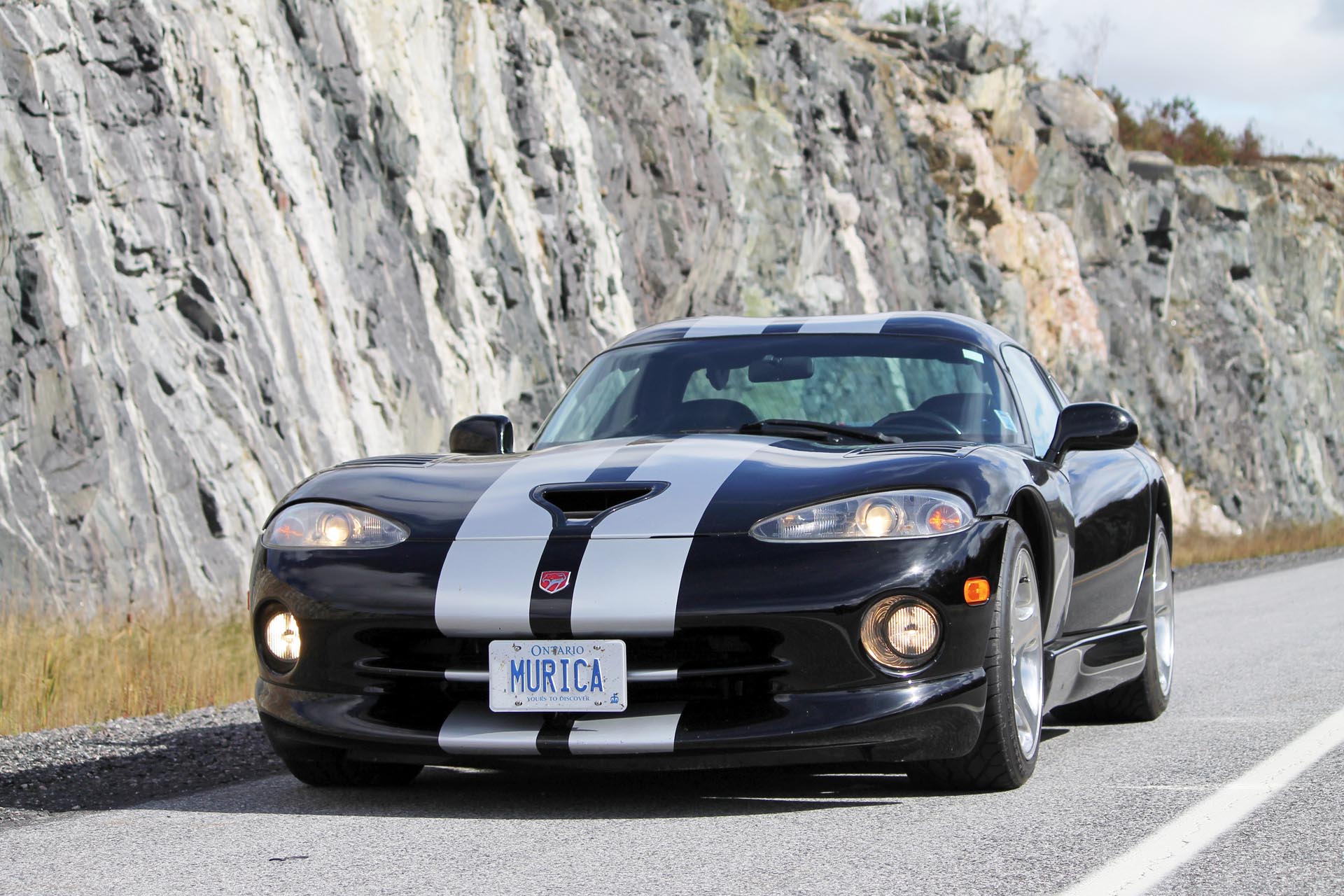 Old-school original or newer old-school throwback, the Viper does little for its driver other than generating frightening acceleration, frightening G-forces, and noises that’ll send nearby children running off beneath a staircase to seek cover under a security blanket. Capitalizing on this machine’s old-school take on DIY performance driving (older models had no traction control or ABS!) the Viper continues to be offered only with a six-speed manual gearbox of the toughest variety. Smashing gears in a Viper is a testosterone-laced workout for your quads and biceps, and stick-shift nuts wouldn’t have it any other way. 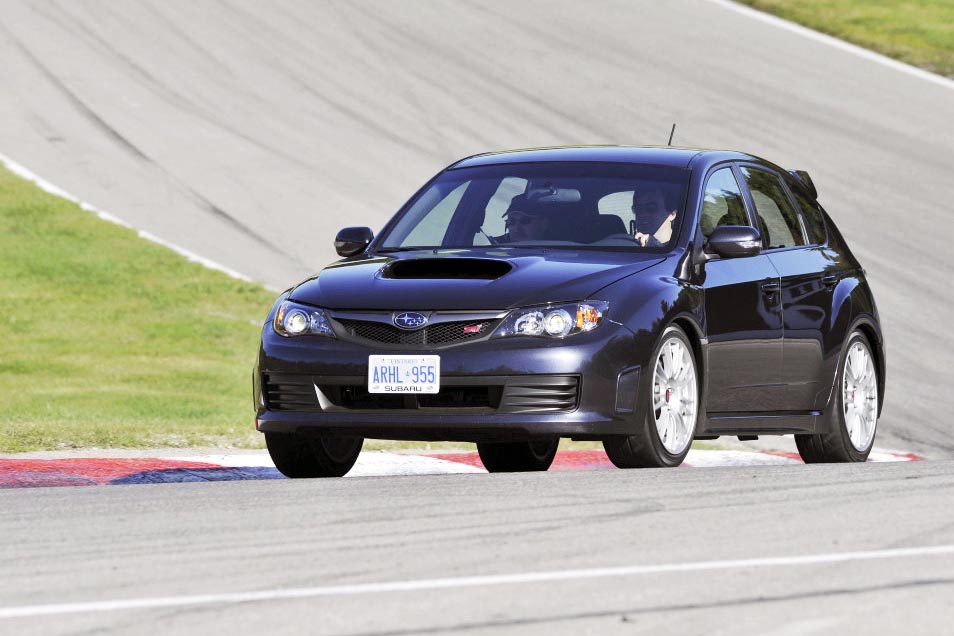 God bless you, Subaru: you’ve created the ultimate Canadian performance car, and the unofficial car of snow-drifting around the Costco shopping-cart return after the lights go out. You’ve also kept the breed pure by sticking to your guns and making sure everyone enjoys the STI’s turbocharged boxer engine, and all of its cool boxer exhaust noises, while rowing their own gears. 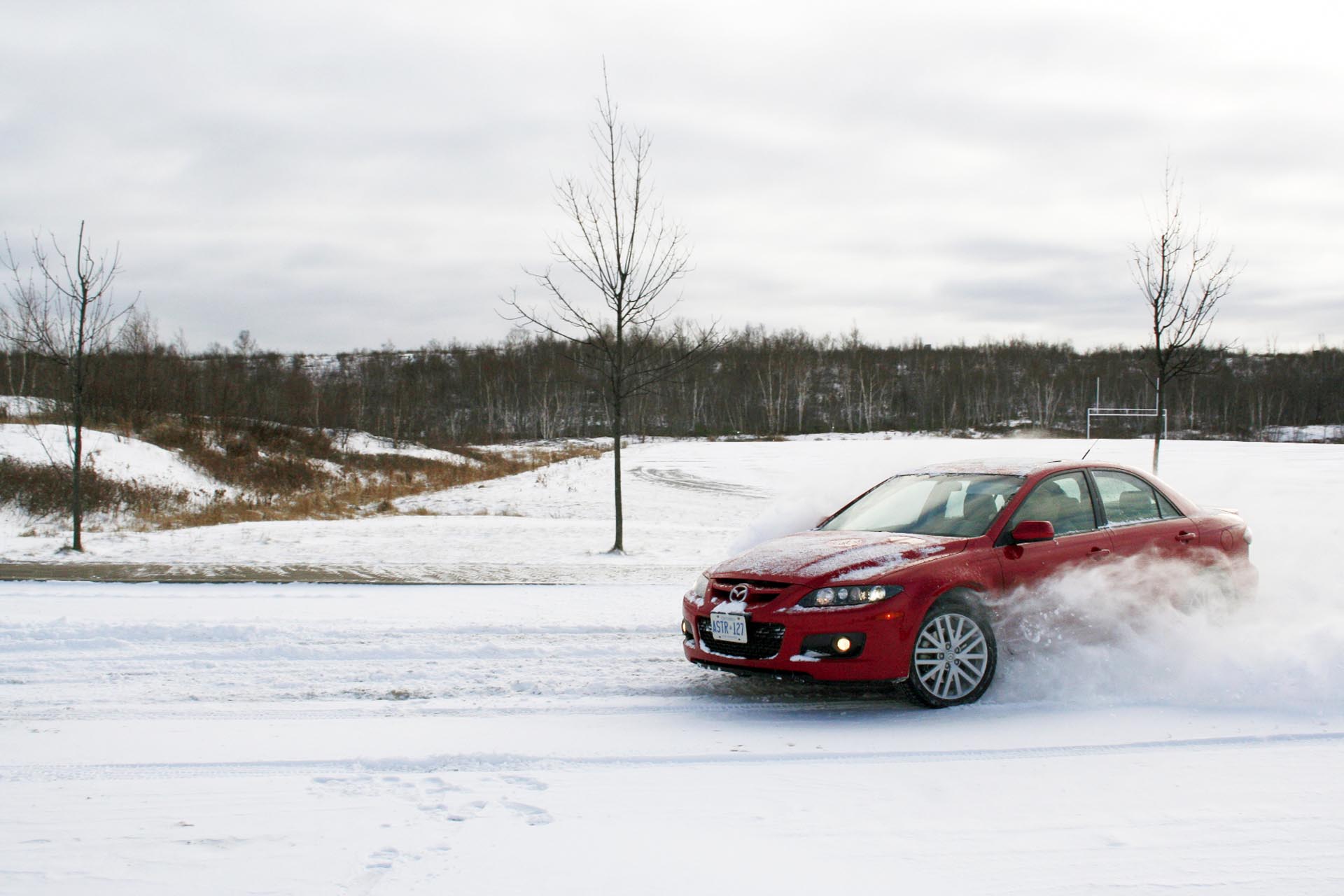 Remember this machine? Of course you do, because you’re a champ. The go-fast, AWD-equipped version of Mazda’s first-generation 6 was called the Mazdaspeed6. This car amounted to a turbocharged, surface-to-surface missile disguised as a family sedan. It came with everything: Bose audio, heated leather, smart-key system (very slickly packaged as a credit-card-shaped fob so you could slip it in your wallet), a sunroof, navigation, xenon lights with auto-leveling function and more. We’re glad that Mazda forgot just one feature: the automatic. Look for this ride in the used market exclusively with a beefy six-speed manual. 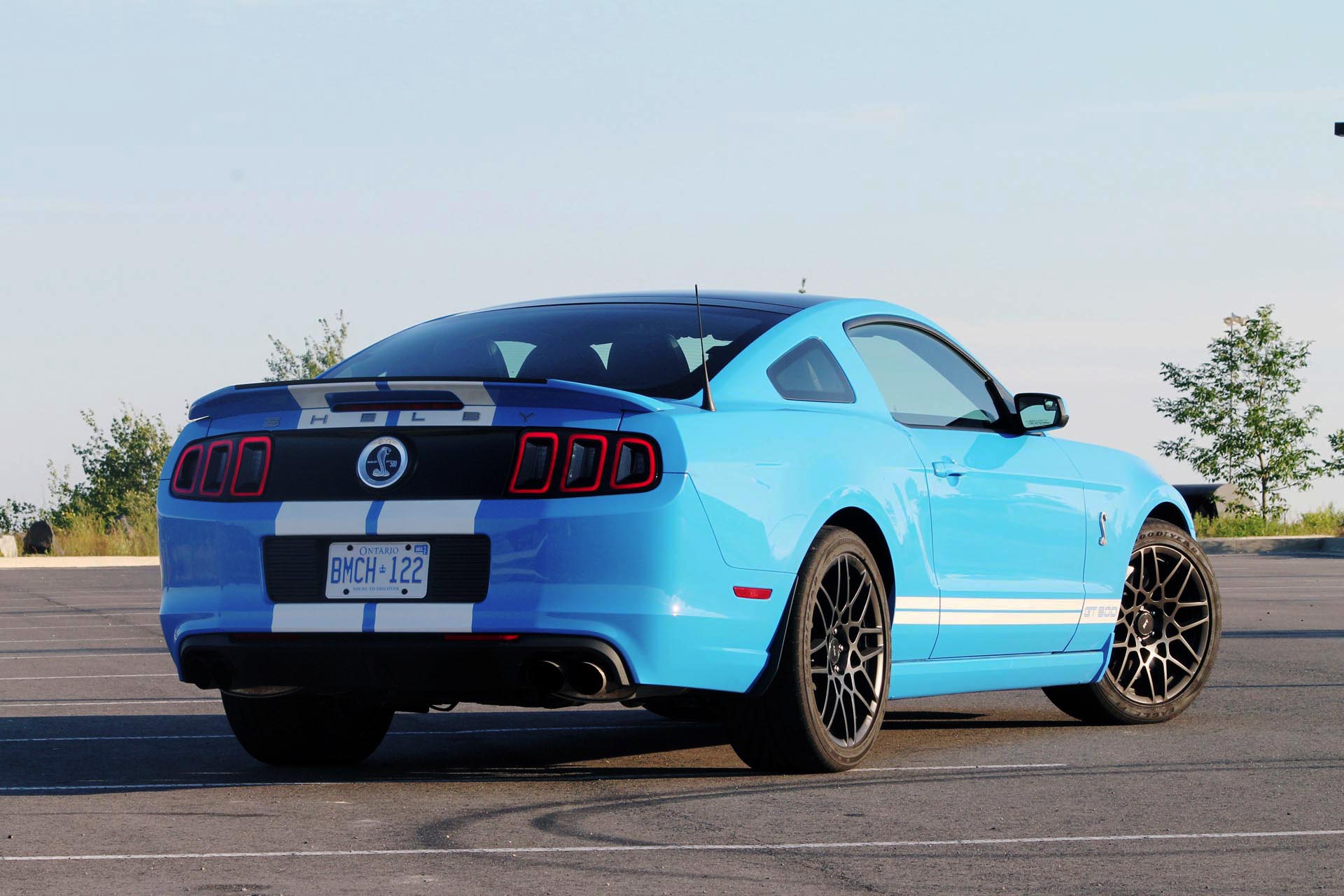 “Dooooop! DooooooooOOOOOPPP!! DOOOOOOOOOOOOOOOOOOOOOPPPPPPPPPPPP!” Hear that? It’s the sound of a supercharger the size of a bar fridge cramming compressed air into the Shelby GT500’s V8 engine, and making silly amounts of horsepower for your entertainment. You’ll be calling the shots, too: this historically rooted go-fast Mustang isn’t the kind you buy your daughter before she heads off to college: it’s face-peeling fast, silly powerful and only comes with a chunky and tough six-speed manual. 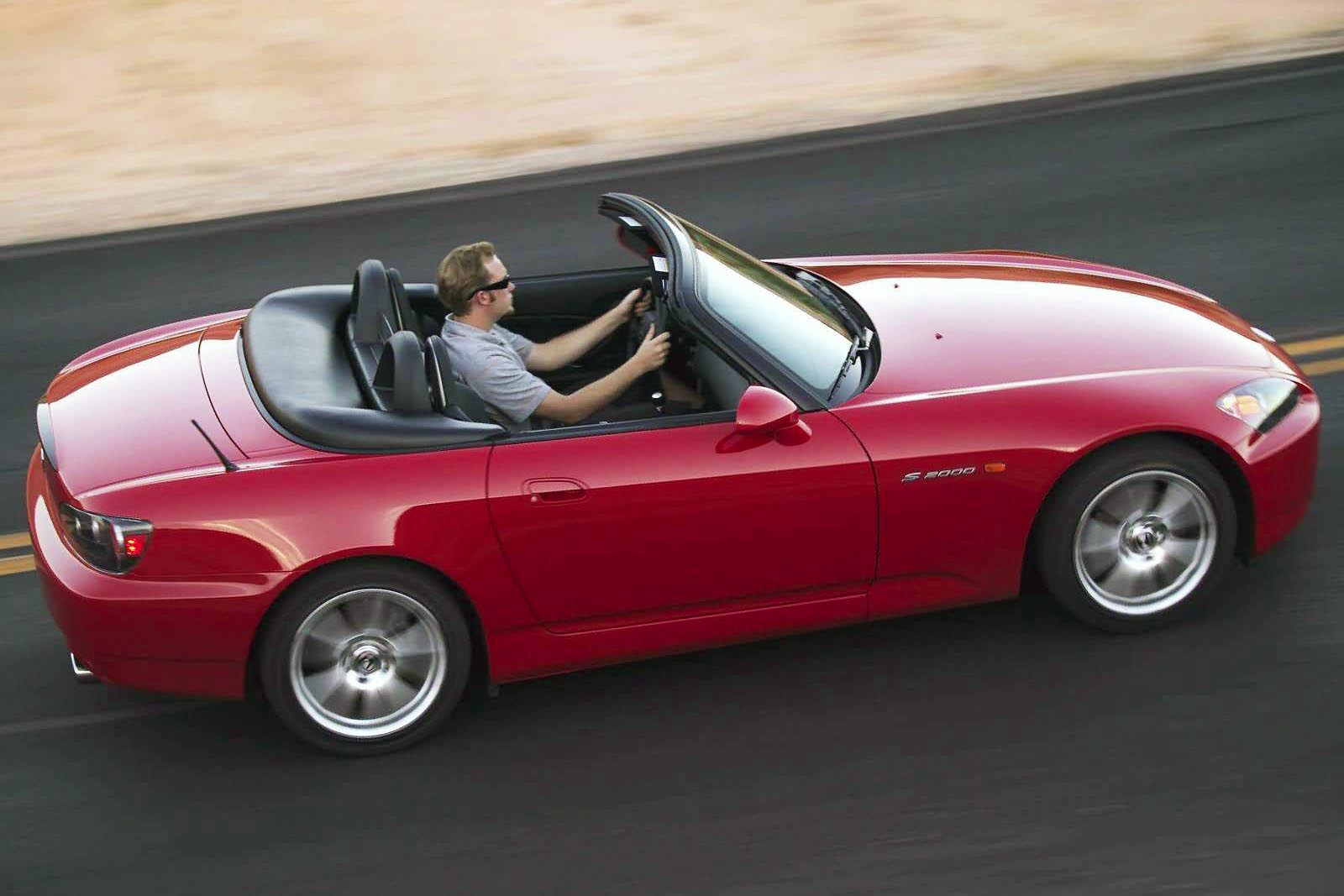 Another of Honda’s VTEC-equipped playthings, the S2000 is no longer with us, but it remains a popular used roadster buy. Mainly, that’s because you get a high-strung four-cylinder engine that loves to scream, frisky-pants handling, grip for days, and a slick, stubby and short six-speed manual transmission as the only gear-shifting option. As a pure drivers car should be, this one makes you work for your thrills, and it’s worth every bit of effort. 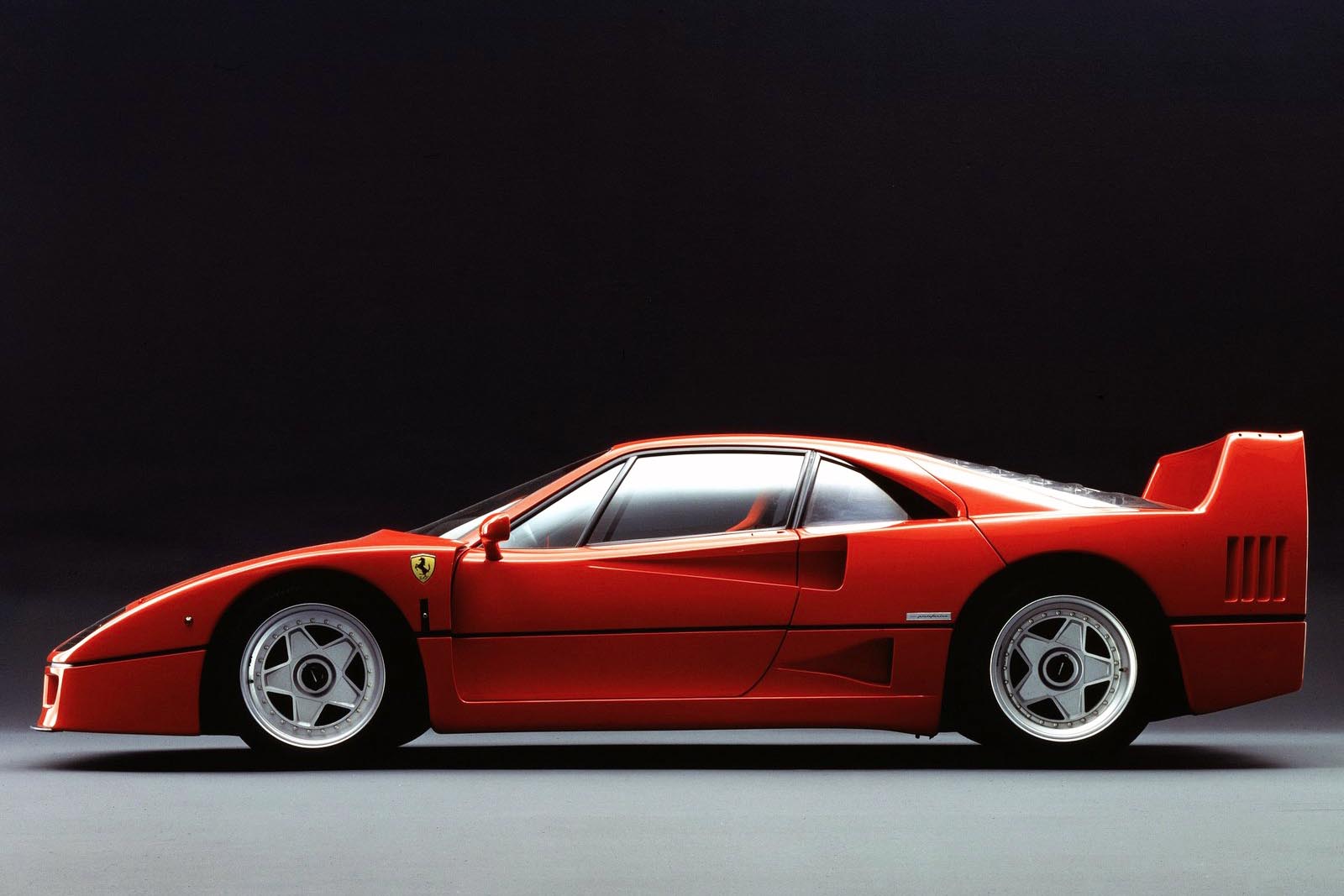 Dear Ferrari: thanks for being Italian, being pretty sweet, and making cars we listen to on YouTube when the boss is distracted by the Keurig for a latte refill. Thanks, also, for the F40. We love its little boosted V8, how the exhaust sounds like a Velociraptor’s mating call, and the mental image of ripping through its gears like Christmas-morning wrapping paper. Still said to be the world’s best supercar, we’re glad this machine helped set the stage for the great supercars that we lust after today. 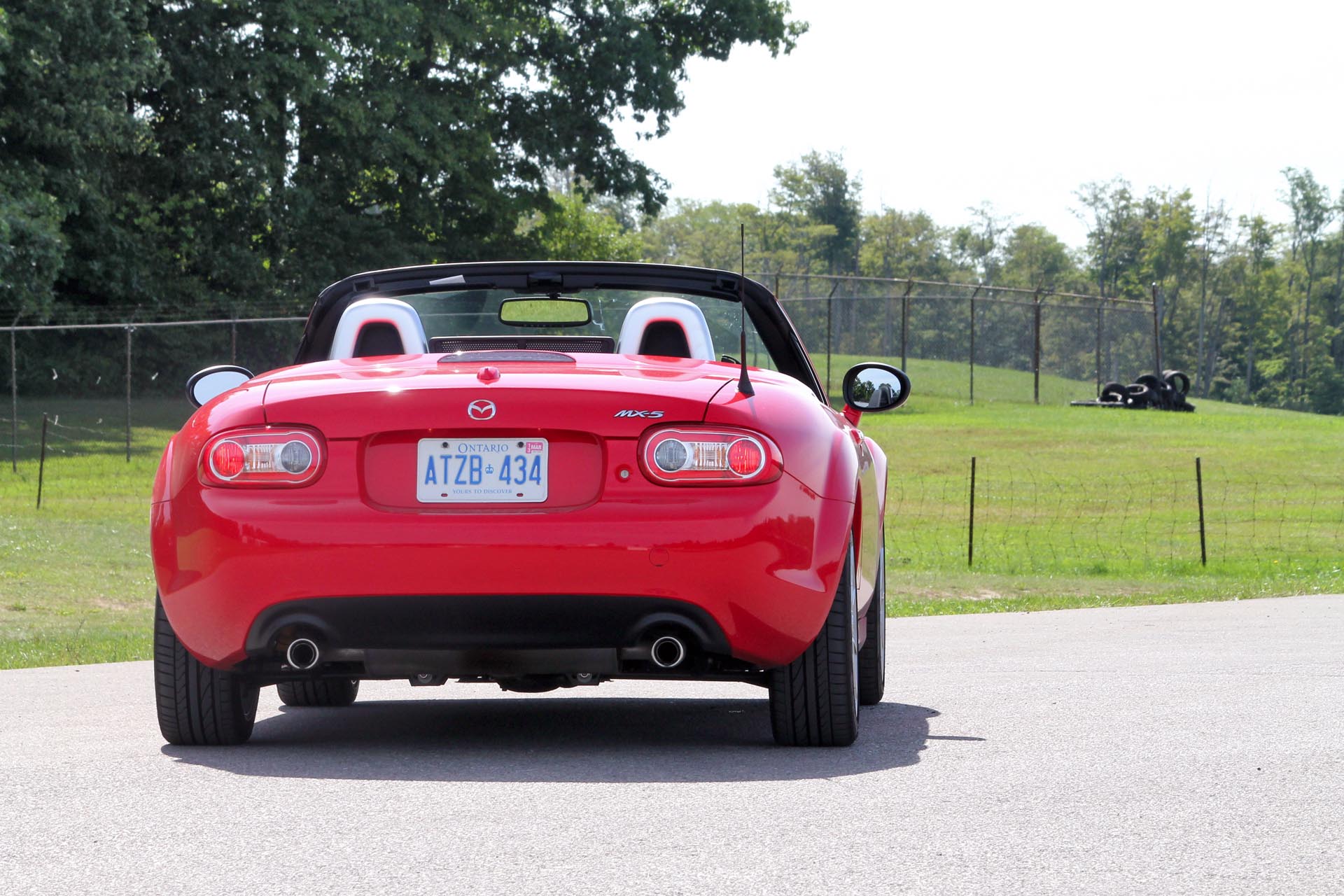 Ok, we lie. Sure the Mazda MX-5 came with an available automatic, but we’ll make just one exception to our list so we can mention something important: the MX-5 has what’s very arguably the best manual transmission feel of any car in the universe, ever. Designed after hundreds of hours of studying how people shift gears, the carefully honed shifter placement, lever, mechanism and even knob were all fine-tuned to feel perfect. Even the height of the gearshift lever came after weeks of studying how us humans interface with our rides. Seems to have worked.