A look at some popular off-roaders from the used marketplace.
Advertisement

A look at some popular off-roaders from the used marketplace.

For some folks, using one’s 4x4 to sling turf, crawl up stuff you wouldn’t dare walk on, and spend hours and hours going a kilometre or two is a favourite past time. Every weekend, thousands of Canadians partake in off-road adventures in their SUV’s, exploring new trails and re-discovering old favourites.

Whether you’re looking for a 4x4 to start a new form of weekend recreation, replace a trusty aging off-roader, or simply to hit the trails once in a while enjoying added all-surface traction all year round, a few proven off-roaders stand out in today’s used 4x4 marketplace.

Here’s a look at some of the used marketplace’s most popular off-road models, and some tips to shop smart for the one that you like. 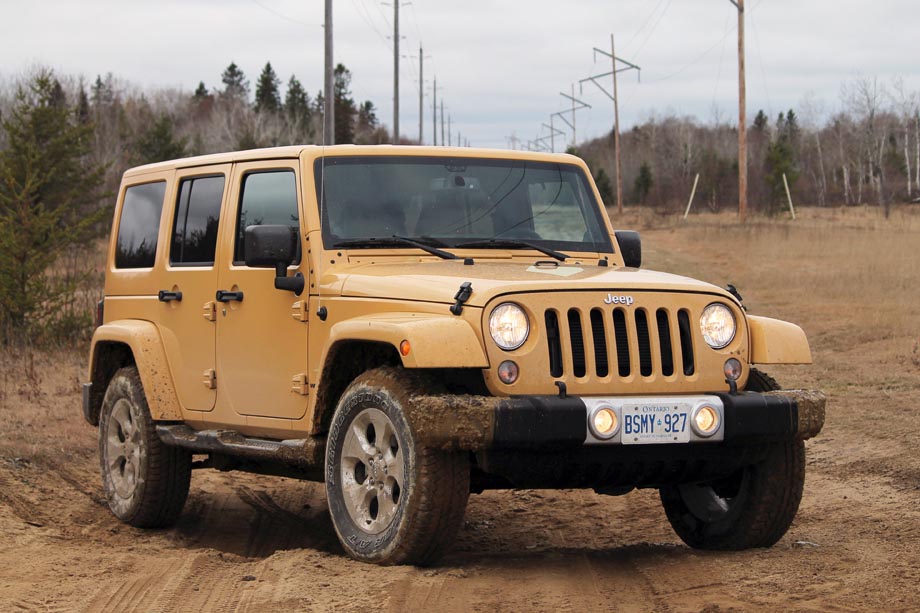 This one’s got a body-on-frame structure that’s tough as nails and designed primarily for performance on the road less travelled. Jeep’s long-lived 4x4 has been in its current generation since 2007 – meaning numerous copies of the four-wheel drive, mud-ready, off-road superstar are available in the used market.

Best way to buy a used Wrangler? Approach any candidates assuming they’ve been used as an overgrown man-child’s off-road play-thing and subjected to abusive turf-tossing, mud infiltration and neglect until you, or a mechanic, confirm otherwise.

Pull the carpeting away in the interior, looking for signs of dust, dirt, rust, moisture, or anything else that might indicate the vehicle in question had ever been deeply submerged. Pulling away the weather-stripping on the lower segments of the doors may reveal similar evidence. Check a model with a soft-top for leaks, particularly around the front A-Pillar.

Owners suggest inspecting the area where the body mounts meet the frame, possibly having a light tap around the area with a small hammer to look for soft spots. Though rust doesn’t seem to be a widespread issue for the Wrangler, it is a possibility.

Thanks to something that Jeep Wrangler owners call the Death Wobble, shoppers are advised to budget for a full front-end and steering-system inspection and alignment. A number of factors can contribute to this well-documented issue, which involves a violent vibration throughout the entire vehicle as the front wheels fight one another. Improperly-adjusted or worn-out front-end components seem to be key causes of this problem, which has caused many a Wrangler owner to fill their pants.

Check the engine oil for proper level and condition in models with the 3.8L engine, as some owners report excessive oil consumption. Finally, confirm that the model shifts into and out of all four-wheel drive modes as outlined in the owner’s manual too, just to be safe. 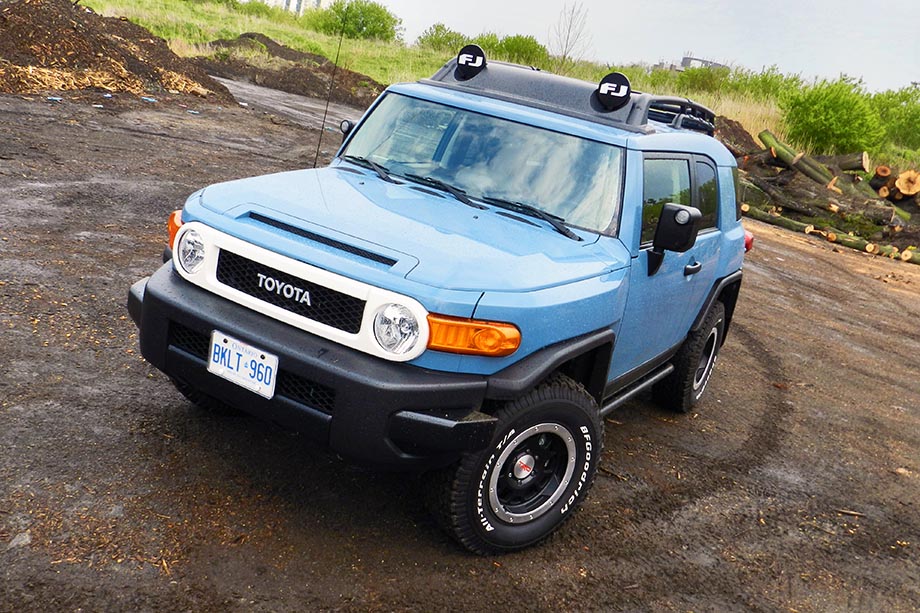 As a kid, you probably had a toy truck that looked like the Toyota FJ Cruiser. Now that you’re all grown up and no longer eat glue, play in a sandbox or wet yourself, you can drive your very own toy 4x4 every day of the week. FJ Cruiser packed serious capability, stand-out looks, plenty of storage, and a proven 4.0L, 260 hp V6 engine, available with manual or automatic transmissions. With huge ground clearance, skid plates and a real four-wheel drive system with low range, it’s ready to hit the dirt in a serious way. And since it all rides a proven truck platform, it’s a battle between solid steel boxed frame rails versus mud and dirt if you manage to run out of clearance.

Owners loved the feeling of solid durability and a tall driving position, as well as the push-button differential lock for tackling conditions when the going gets real sloppy. Look for Bluetooth, heated seats, an inclinometer, cruise control and more.

Listen to the rear differential on earlier models for signs of unwanted clicking, groaning, popping or binding, while turning at varying angles and speeds, as numerous owner forum discussions centre around weak differentials in early units. Further, be sure to engage all electronically-activated off-road features, including the A-TRAC system and locking rear differential, as outlined in the owner’s manual, to ensure they work properly.

Inspect all carpeting for signs of water leaks, noting that a moldy smell or signs of sogginess should all be investigated ahead of your purchase. Pop the hood and inspect the inner, upper portion of the fender, as well as the inner, forward part of the door openings (near the hinges) for signs of bulging or tearing in the metal, caused by weak fenders in earlier models.

Some owners say that the FJ can get knocked out of alignment easily in an off-road setting, so be on the lookout for uneven tire wear and a pulling sensation in the steering while driving on a flat, straight road. Any signs like these should be investigated, and a mechanic should also inspect the underside of the FJ Cruiser in question for evidence of excessive frame rust or cracking frame segments, particularly under the engine. Though somewhat rare, this was a problem identified by the owner’s community. Finally, a ‘bump’ sensation, as if the FJ was tapped from behind as it comes to a stop, could indicate excessive driveshaft wear, which should be addressed. 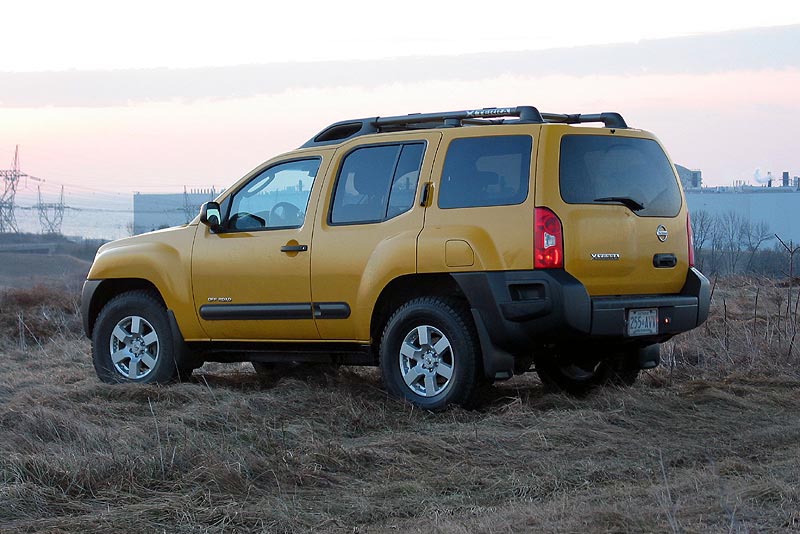 All units got a 4.0L, 261 hp V6, six-speed manual or five-speed automatic, and several model grades for fine-tuning. The Off-Road or PRO-4X package are advised for weekend dirt-slingers, as they add Bilstein high-performance gas shocks, skid plates, and the like. Owners love a commanding forward view of the road, as well as a stable and planted driving feel.

Drive the automatic-equipped Xterra with an eye for transmission trouble signs, including hard shifting, slamming into gear, slippage and the like. Ask a Nissan mechanic to inspect the coolant for signs of transmission fluid contamination, as a leak within the cooling system can allow the transmission fluid and engine coolant to mix, causing a world of problems. This common issue is, thankfully, fairly easy to detect and only seemed to affect the first year or two of machines from this generation.

Note that a roaring noise, groaning nose or constant high-speed metal-on-metal grinding sound could be caused by a bad wheel bearing, which some owners say fail earlier than expected on this generation Xterra. A check engine light, possibly accompanied by rough idling and poor performance, may be caused by a bad Mass Air Flow Sensor, though a computer scan will confirm the cause(s) if they’re apparent. With the second-generation Xterra, it seems that the more common issues were addressed in a mid-cycle refresh, and a used Xterra from 2009 or later should prove the most reliable and trouble-free. 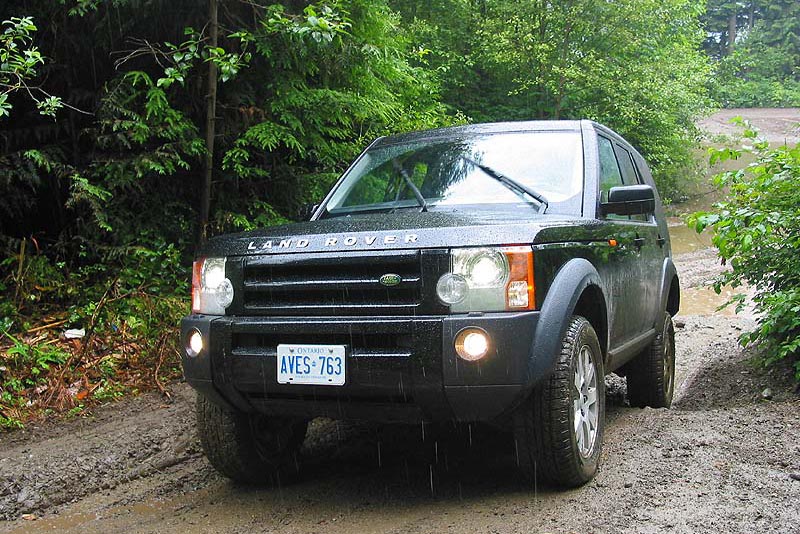 This posh-roader showcased a new design for 2005 and carried forward the brand’s reputation for high-capability luxury. Intended for use on the road less travelled, it was popular with affluent and active shoppers around the globe. All units offered high towing capacities and plenty of ground clearance, as well as air suspension, dual-zone climate control, wood trim, premium audio, a sunroof and plenty more. Look for V8 power on all models, alongside an automatic transmission and transfer-case based four-wheel drive with low-range.

Style, capability, luxury, interior appearance and power were all highly rated by LR3 owners. As a Land Rover, this one is upscale, and as comfortable and classy as it is off-road ready.

Do not purchase an LR3 without an inspection by a trained mechanic. Fluid leaks from the differentials, transmission and engine should be identified and remedied, if present, ahead of your purchase. A mechanic should also check for signs of worn bushings in the suspension.

Have the air suspension system checked thoroughly. Typically, this complicated system will eventually wear down and fail, causing a costly repair bill. Triple check the transmission for smooth, proper operation -- as reports of electronic and mechanical problems with the LR3’s transmission aren’t uncommon.

This generation LR3 appears to become more reliable as it progresses, so opt for as new a model as your budget allows. Protect yourself with any extended warranty coverage that’s offered. Owners say this is a gorgeous machine to drive, though higher than average running costs and below average reliability seem to be the trade-off.