Qualifying at Indy, a car hits the wall hard. There's a horrified gasp from those in attendance, but for real shock and terror, look to...
Advertisement

Qualifying at Indy, a car hits the wall hard. There's a horrified gasp from those in attendance, but for real shock and terror, look to...

Qualifying at Indy, a car hits the wall hard. There's a horrified gasp from those in attendance, but for real shock and terror, look to the North. Not this again, not another one of our heroes – we can't take it.

Just a few days later, James Hinchcliffe posts a picture of him standing in a hallway in a hospital gown. Ya’ think hockey players are the only ones we breed tough there, Don Cherry? Talk about your good Canadian kids: slam into the concrete and have part of your car's suspension pierce your leg, causing traumatic blood loss? Better walk it off there, eh, bud!

Yeah, we breed 'em tough up here: tough, fast, and determined. With the Canadian Grand Prix set to showcase some of the world's fastest racing drivers in Montreal, here's a look back at some – it wouldn't be possible to list 'em all – of our own, homegrown speed demons. 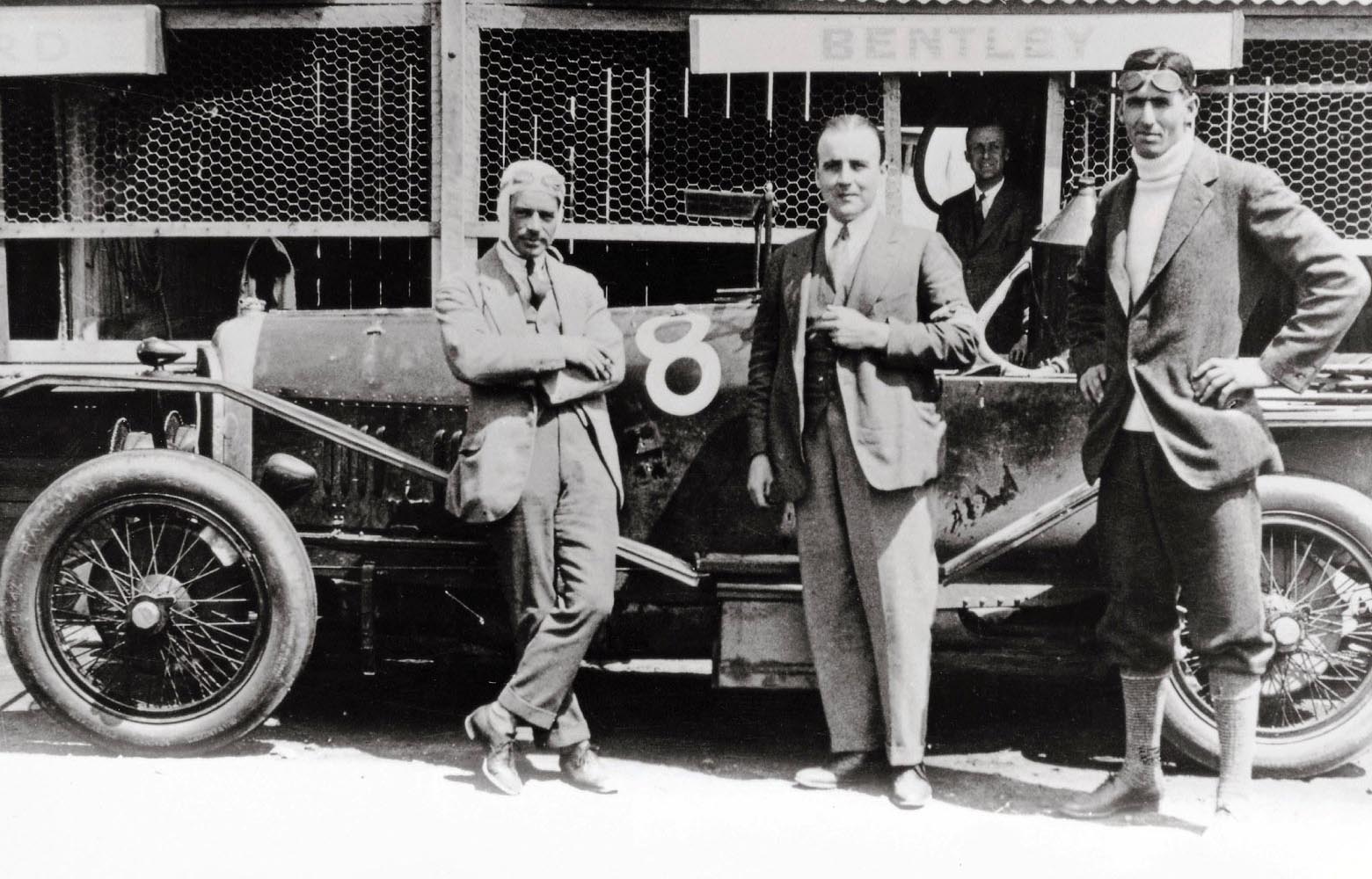 You've likely never heard of John Duff, but you should. He danced with the Devil in the pale moonlight, taming an 18L (yes, eighteen litres!) Fiat racer called Mephistopheles and setting over fifty racing and speed records. He finished in the top ten of his first Indy 500, back when the race was deadlier than a WWI slit trench, and he posted an outright victory in the second ever 24 Hours of Le Mans.

Born in China in 1895, Duff's parents were originally from Hamilton, and it was there he was sent for a typically starchy Victorian-era education. It didn't work: by the time Duff hit his early twenties, he was already ripping around the famous Brooklands circuit, just as fast as the best the world had seen.

Perhaps his crowning moment was the victory at Le Mans in 1924. Not only was this the second-only running of the event (he'd also raced in the first Le Mans), but it was the very first Le Mans win for a little ol’ company called Bentley.

In 1926, he suffered yet another serious crash and decided to retire from racing. Instead, he took up fencing and riding, including doubling for Hollywood star Gary Cooper in sword-fighting scenes. 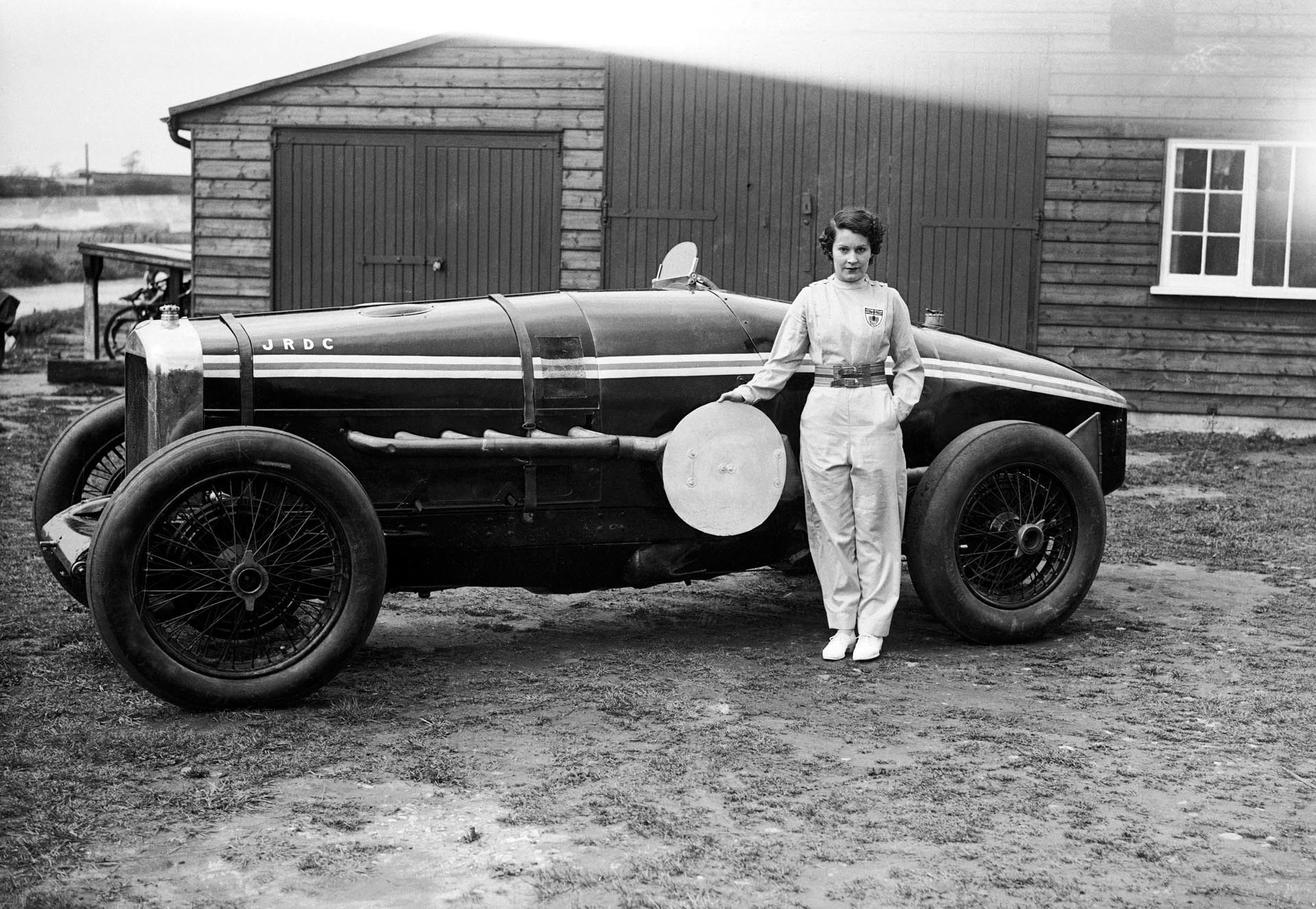 Four foot ten inches tall, yet they called her the Queen of Brooklands. In a time when racing was a dangerous activity best left to the menfolk, or so the prevailing attitude said, the tiny Kay Petre cast a huge shadow. When she showed up to race at Brooklands in a massive Delage with a 10.5L V12 engine, the media of the time lost their collective minds.

Born in Toronto, Petre's racing career extends to stints at Le Mans and several Grand Prix. She raced against all the greats, including Auto Union's Bernd Rosemeyer, and would go on to establish a reputation as a dominant hill-climb racer. Like Duff, she retired from racing after a serious accident, and would go on to live into her nineties. 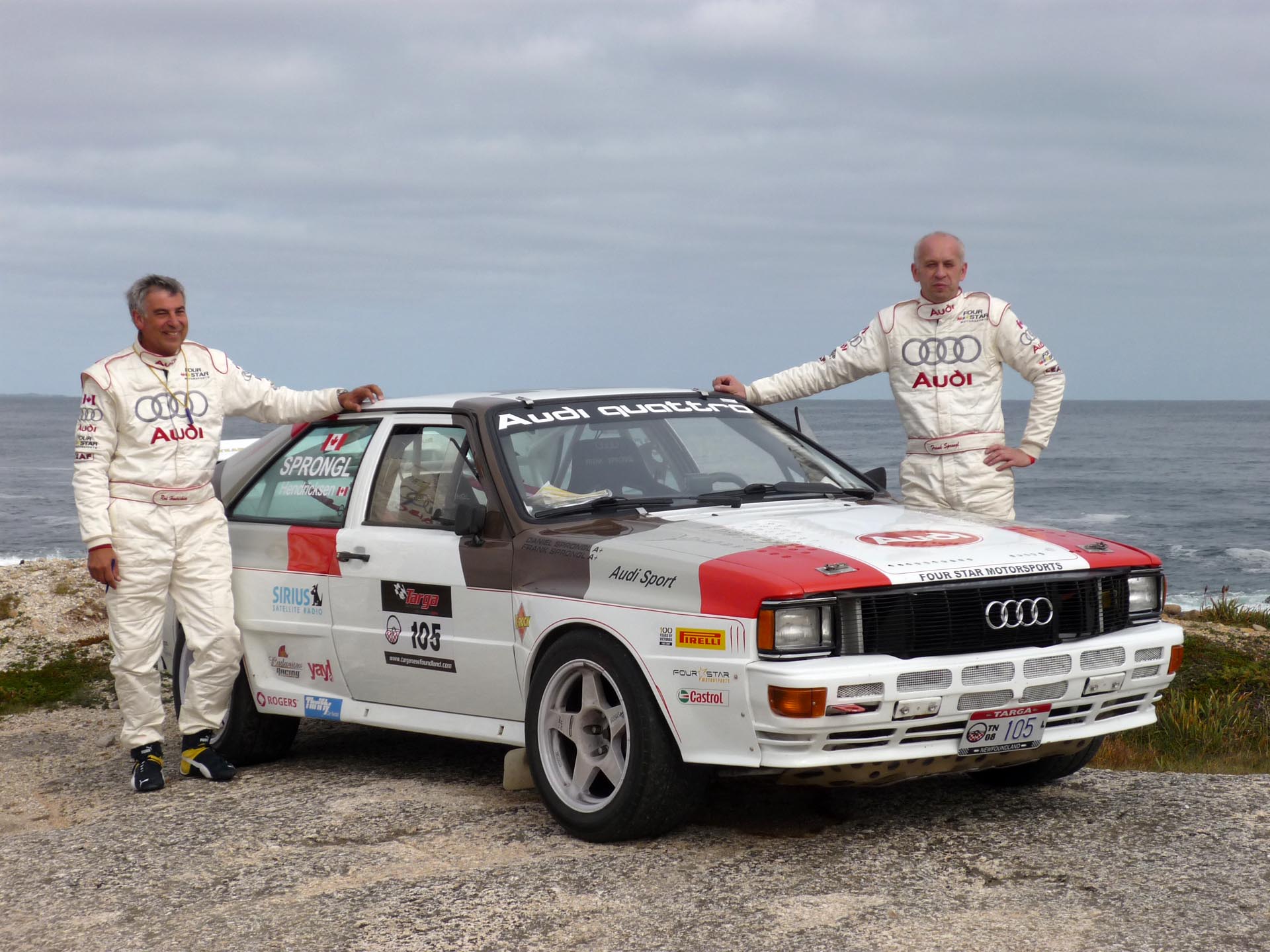 Considered a Grand Master of the rallying scene, Sprongl also set a time racing up Mount Washington that would stand for twelve years. Eventually, Travis Pastrana would come along to “break” the record, but he'd do so with Red Bull's marketing team behind him, a route that was more fully paved, he'd bring along a co-driver and pace notes, and he'd be doing it in a much newer Subaru STI.

Sprongl set his record officially and driving solo, in a 1983 Audi S2 with old technology and just plain skill and grit. Legend. 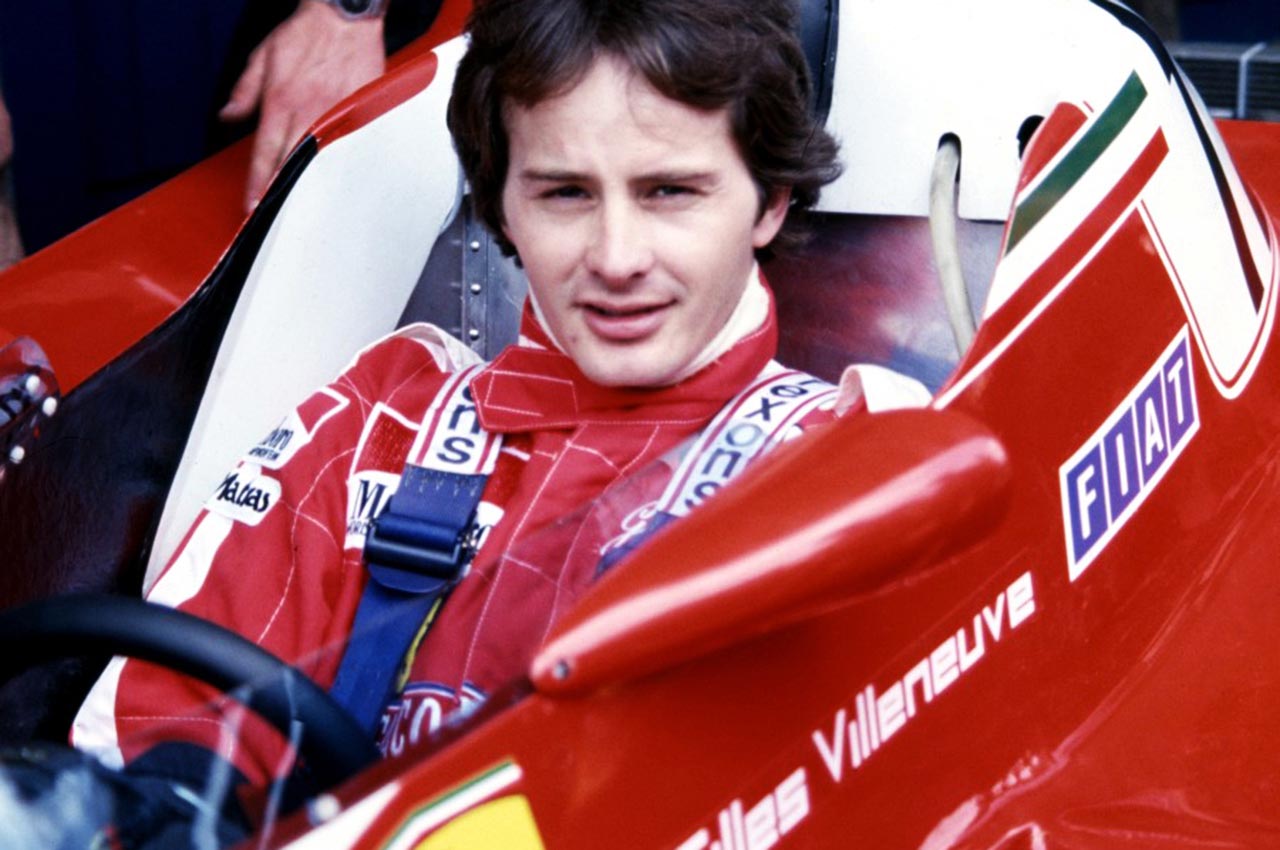 “The craziest devil I ever came across in Formula One,” said Niki Lauda, three-time world champion. Villeneuve would get so close to becoming our first Canadian F1 champion – a second place overall in 1979 – and his loss is still deeply felt.

Gilles started out racing snowmobiles – and what could be more Canadian than that? After establishing wins in Formula Atlantic racing, he finally got his wish to join a Formula 1 team. First, he raced for McLaren, but by 1978 he was at the wheel of a Ferrari Formula 1 car.

There would be epic duels and heartbreaks over the next four years. The battle with Rene Arnoux at the 1979 French Grand Prix is perhaps the finest piece of wheel-to-wheel racing ever seen. Tragically, Villeneuve was killed in a collision qualifying at the Belgian Grand Prix. Even today, visit Italy and you'll see his portrait, still honoured by Ferrari. 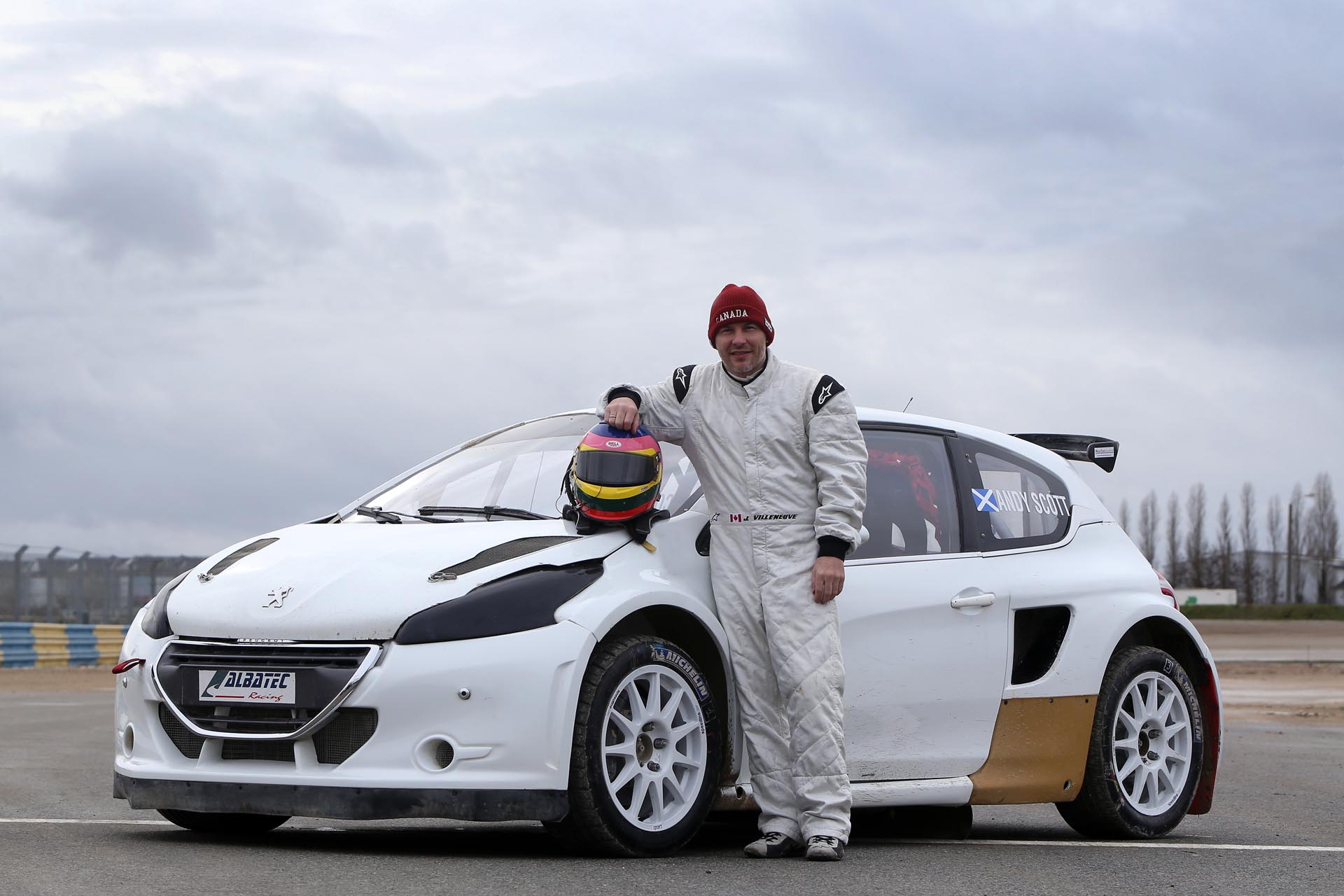 If the father didn't quite grasp the trophy he so richly deserved, his son would hoist it high. Not only would Jacques Villeneuve become the only Canadian to win the Formula 1 Championship in its entirety, he would also win the Indy 500.

He also was a champion in CART racing, and competed at Le Mans – had he won at Le Mans, he would be one of just a very few drivers to ever have clinched the so-called triple crown of motorsport. He also had a very successful recording career. Quick showin' off there Jacques! 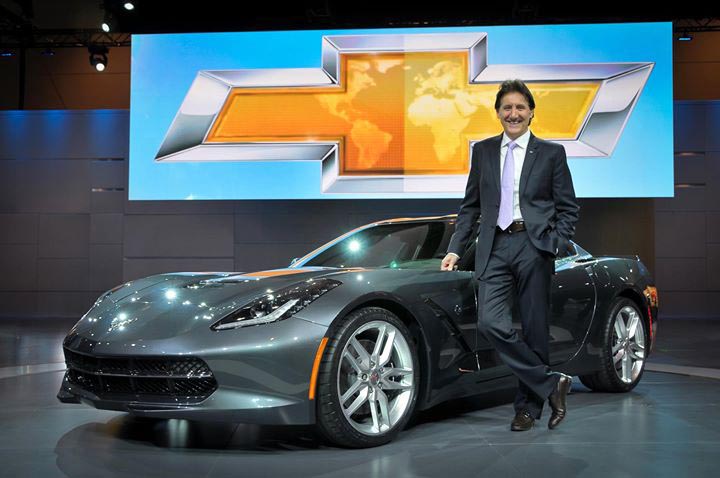 This guy owns the track – literally. As part of a partnership with Carlo Fidani, Ron Fellows is one of the owners of Canadian Tire Motorsports Park. And you should see what happens when you get him behind the wheel of a Corvette.

Born in Ontario, Fellows was a huge Villeneuve fan growing up. He started out in karting and then small open-wheel racers, and eventually moved up to showroom stock racing in a Camaro.

But it was the Corvette that'd really see Fellows fly. Again, the crowning glory would come at the 24 hours of Le Mans, where he'd be part of a team that campaigned the Corvette C5.R to a GTS class win in 2001. There's even a special-edition Ron Fellows Z06 'Vette in red and white (I wonder if even US Chevy team internally calls that one a Zed Oh Six). 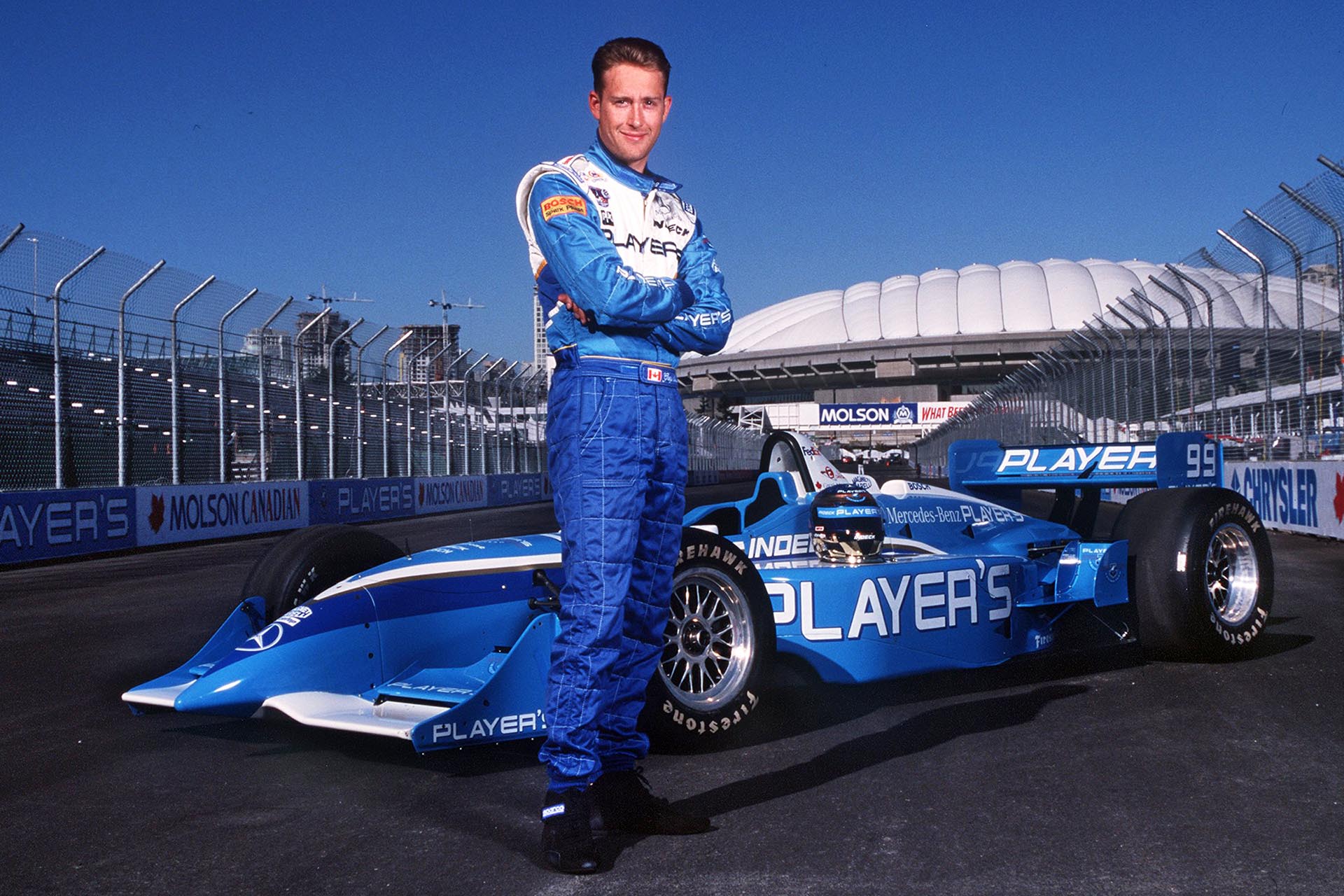 Another young fallen star that begs the question, “What might have been?” Born in Maple Ridge, B.C., Moore worked his way up the ladder into CART-series racing, posting an unbelievably dominant record along the way.

His number was 99, same as hockey's best, and like the Great One, Greg was all about finesse on the track. Off the track, he was a lovable goofball, and the heart of the racing community. Read any biography written by anyone else who raced with Greg and you'll see his name come up again and again: a fierce competitor, but scrupulously fair – and occasionally given to practical jokes.

He died in a crash in 1999, but his red gloves would get one chance to lap the Indy 500, tucked inside the racing suit of James Hinchcliffe. 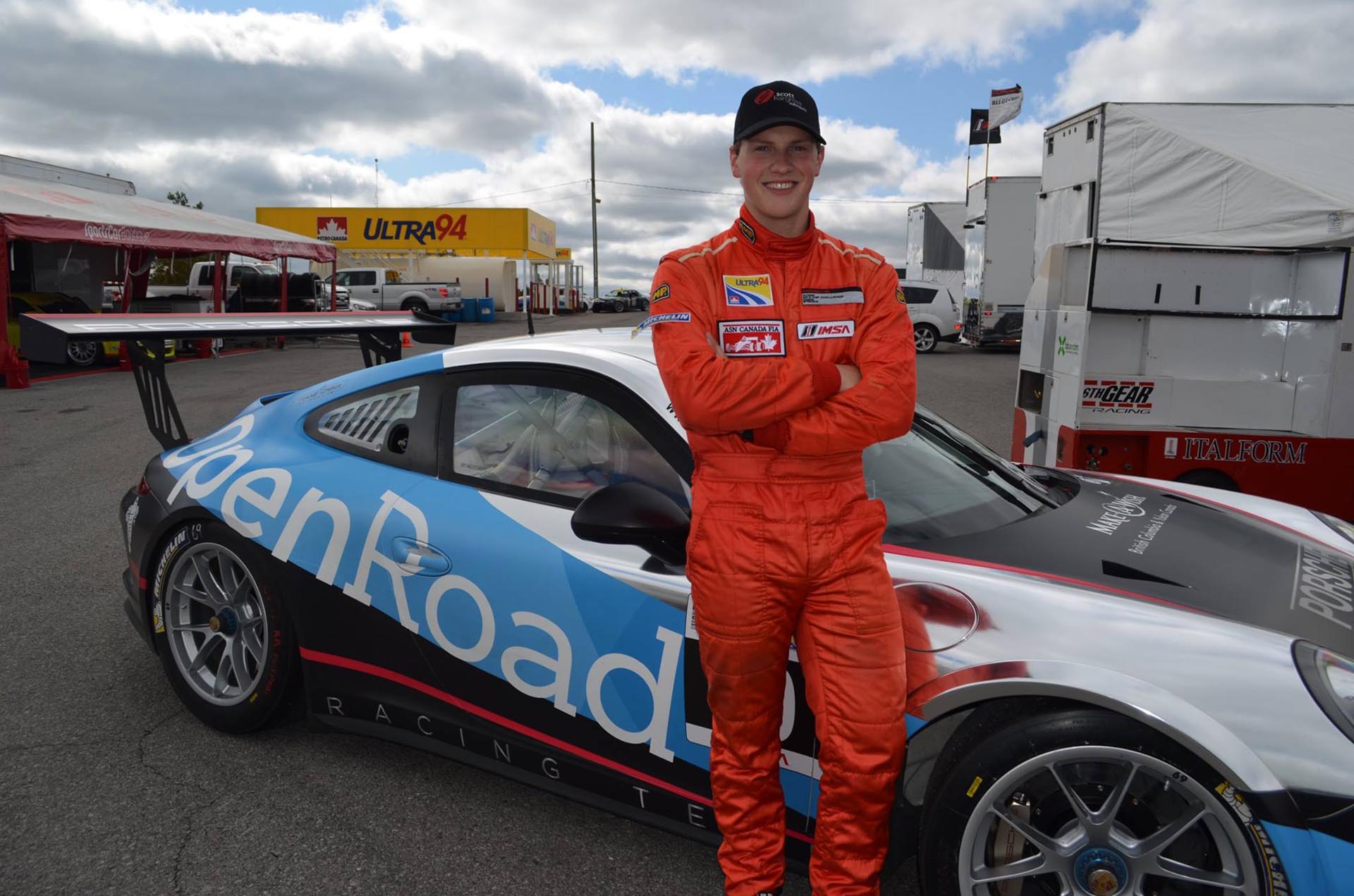 Racing isn't just about courage and skill, it's about luck and money. The former failed this young racer in the last race of his 2014 Mazda open-wheel racing season when his transmission packed it in with four laps to go. It cost him the overall victory and the scholarship that came with it – the road to Indy wouldn't be easy.

So Scott just went racing Porsche GT3s instead, and won that handily. Barely twenty, Hargrove is composed and comfortable around the press, and fast behind the wheel of anything. He always makes time for fans, and makes a habit of visiting children's hospitals in any city he happens to be racing in.

How many wins will this young man have over the course of his career, should he make it into the big leagues? Hard to say, but humility, passion, and speed already make him a true Canadian racer.