Photos by autoTRADER.ca staff. Ever hear the phrase "It's too much car for you"? Sounds like something from an '80s movie, right?...
Advertisement

Photos by autoTRADER.ca staff. Ever hear the phrase "It's too much car for you"? Sounds like something from an '80s movie, right?...

Ever hear the phrase "It's too much car for you"? Sounds like something from an '80s movie, right? Truth is, with the widespread adoption of automatic transmissions, anyone can hop in most any car and drive away. However, when you're just starting to learn, you don't want a luxury land yacht/isolation chamber with a V6 that'll happily go 50 km/h without any throttle input from you. And our selection criteria for the ideal beginner's car makes Goldilocks look accommodating: eager throttle response that doesn't simulate Speed Racer, firm braking that doesn't induce whiplash, accurate steering that's not too heavy or light, good visibility out of the greenhouse that doesn't make you feel exposed or vulnerable, comfortable suspension that neither destroys tailbones nor feels detached from the road, and finally, safety features and technologies that don't inspire reckless behaviour. It's a hefty list that can be summed up in alliterative fashion: speed, steering, sight, suspension, safety. Go a step further and what it boils down to is simply control.

Despite all the animal-inspired model names, a car is not some wild, untamed beast – it is a machine that's been engineered and assembled with care. Your first time behind the wheel should not in any way, shape or form resemble the rodeo at the Calgary Stampede. That being said, certain vehicles do provide a gentler introduction to the world of motoring bliss. These vehicles, from the moment you start up the engine, will provide feedback and react to your inputs in a predicable manner so that you're never second-guessing yourself. When you're out on the road, you get a feel for the road conditions, with a ride that's neither too vague nor too crashy. Though they may be equipped with cameras and sensors, you don't need to rely on them to keep track of your surroundings when driving or parking – they're a safety net designed to inspire confidence, not carelessness: you are still expected to remain present in the operation of your motor vehicle. That's the magic word here: control.

So, what qualifies and what doesn't? Read on and find out! 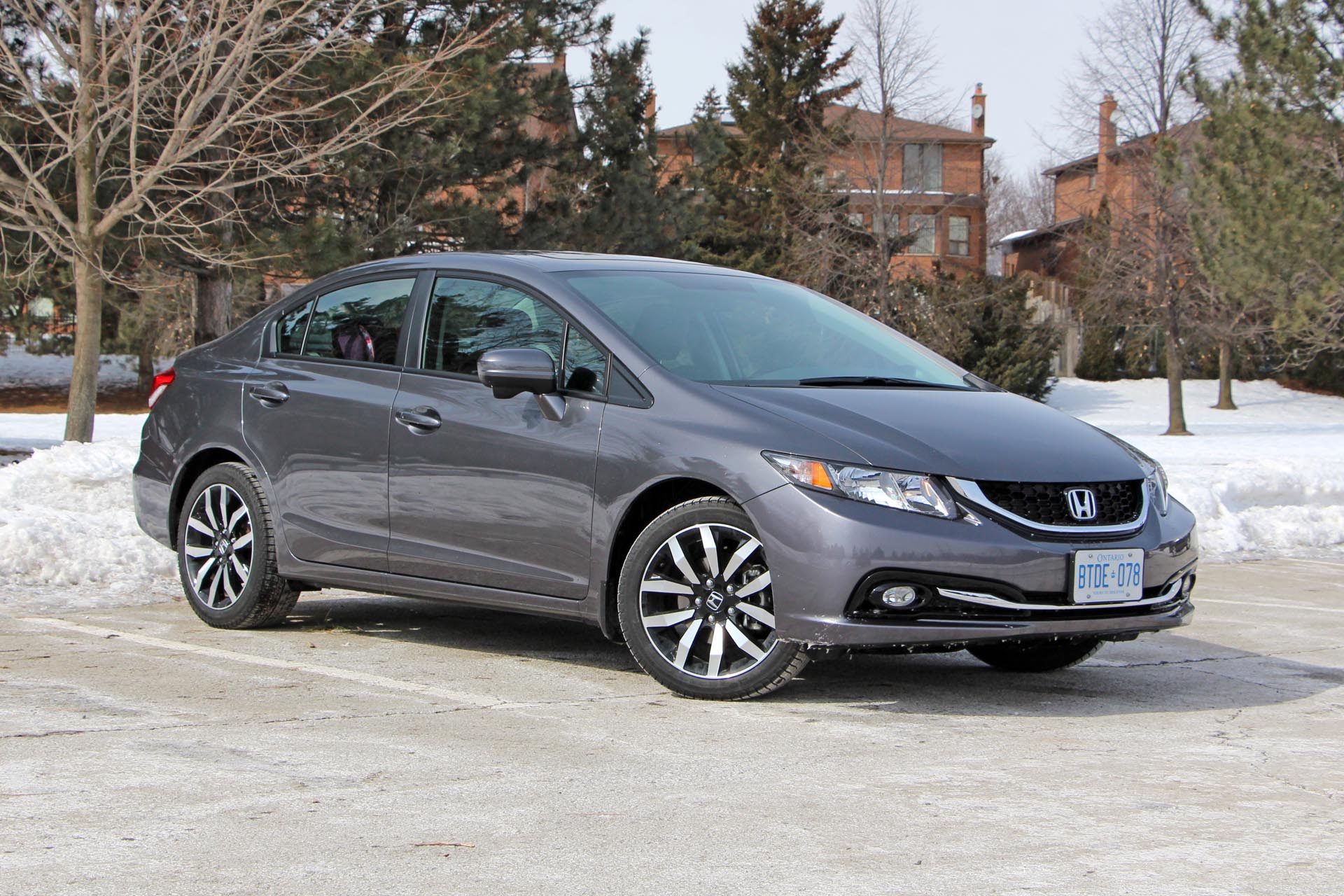 The Honda Civic is the best-selling car in Canada for a reason. Well, several reasons: it's affordable, well made and easy to drive. The current generation's rear headrests do reduce rear visibility somewhat, but its stellar road manners make this an easy recommendation. Though many shoppers have flocked to SUVs and crossovers for the taller ride height and ground clearance, the Civic's low centre of gravity means that it feels more stable when cornering and less likely to be batted around in strong winds despite its light weight. Its popularity also means widespread availability in the used market if you're shopping on a budget.

The Civic's long-time arch-nemesis Toyota Corolla checks all the same boxes, and even surpasses the Civic in areas like interior design and value, but is ultimately edged out by the Civic's superior handling and visibility. Definitely test drive both (and the Mazda3) if you're in the market. 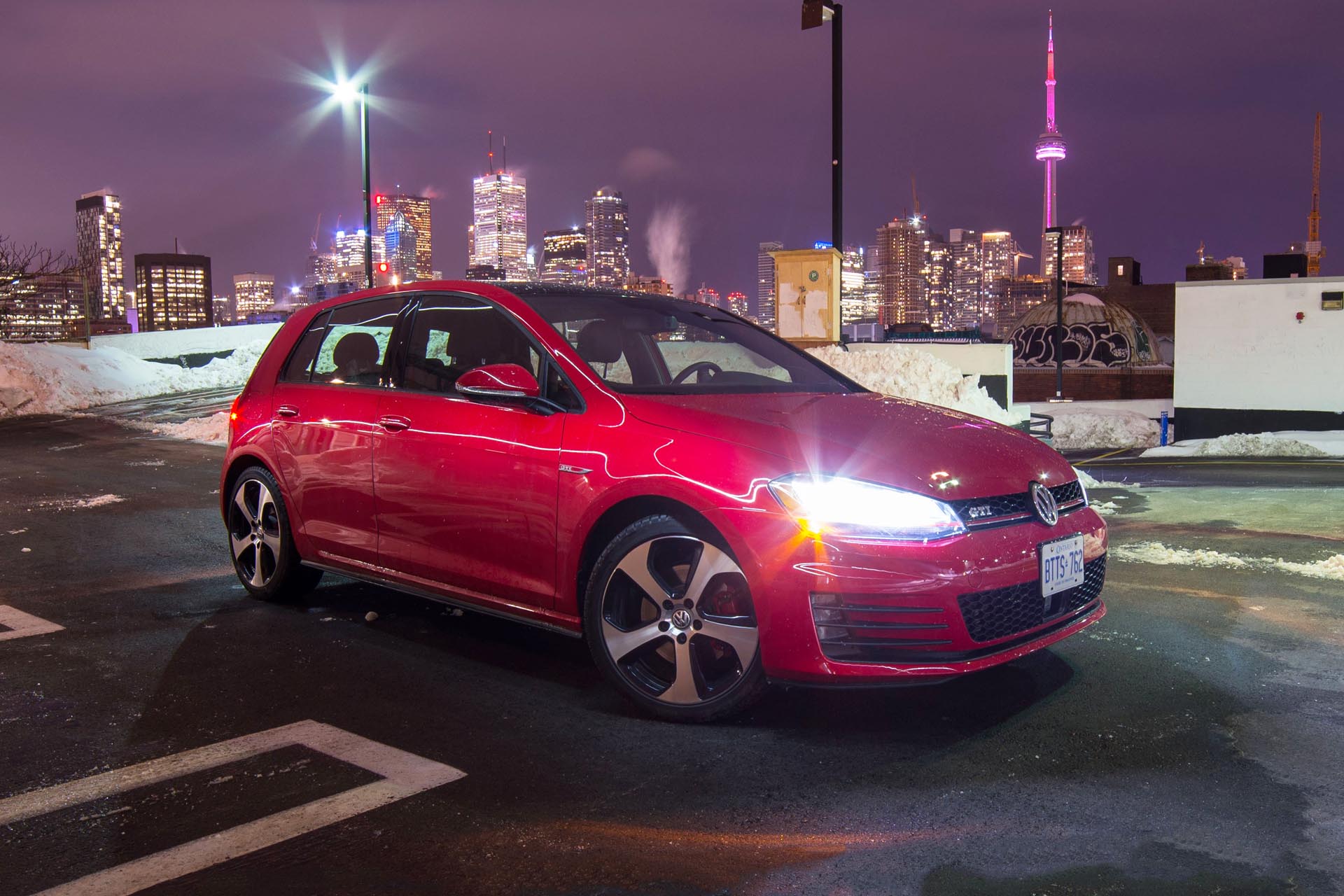 Despite being the shortest car in the manufacturer's lineup, the Volkswagen Golf is surprisingly roomy, owing in no small part to the gentle slope of the roof. That same design feature also allows for a clear view out the back, which is a key requirement for this list. The other surprise is how solid everything feels, from the steering wheel and pedals, to the ka-chunk of the doors closing and the almost-eerie stillness that falls over the cabin. Paradoxically, the sound insulation in the Golf actually helps you hear what's going on around you, because you're no longer overwhelmed by road and wind noise. While you're at the dealership for a test drive, see if they have a GTI – same practical form-factor, but oh so much more oomph.

The closest you're going to get to a go-kart in a production vehicle, the Mini Cooper is not soft and forgiving like a Civic, but rather provides you with immediate feedback and charges you with the task of staying on course, while its light weight allows for quick corrections should the need arise. Even if you're absolutely hopeless at parking, the Mini is so small you could probably park it almost sideways in a Costco parking spot and still stay within the lines. 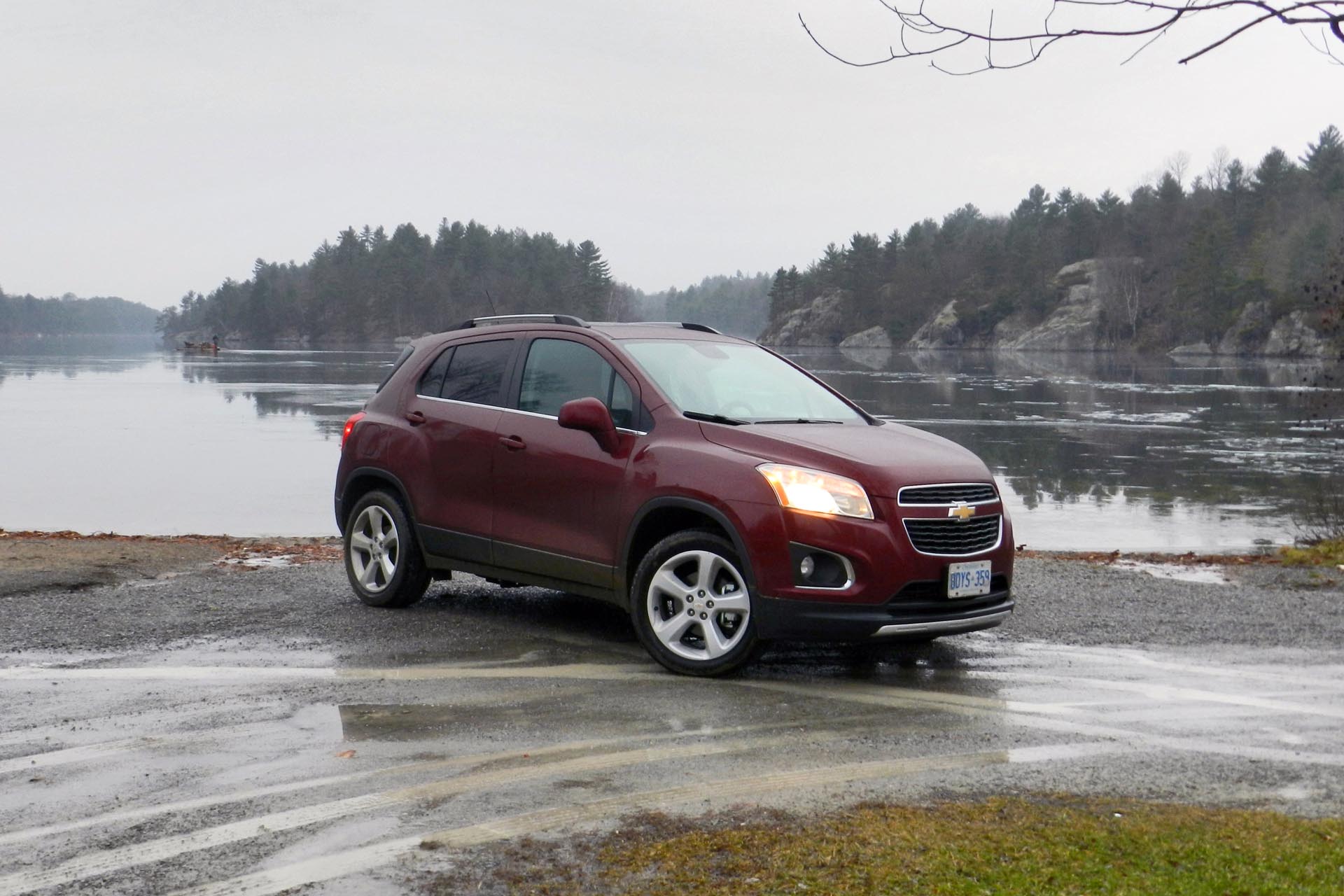 "But where are the crossovers?" you ask. We'll start with the sales runner-up, the Chevrolet Trax. It doesn't receive the same amount of media attention as its stablemates, but the Trax is in fact the second-best-selling crossover/tall hatchback in Canada. It rocks the swoopy styling common to most vehicles nowadays, yet the roofline doesn't dip so far in the back as to impede the view out the rear window. Check the reviews and you'll find the term "cheerful" popping up a lot. Though ofttimes euphemistically employed along with "cheap", in this case it denotes an agility that defies its modestly specced 1.4L turbo four-cylinder engine.

With the Mitsubishi RVR, you're giving up a bit of power in exchange for better feedback from the wheels and brakes. The power steering is also a bit more forgiving, with a slightly larger steering wheel dead-zone compared to the Trax, which is good if you're a bit twitchy at the helm. 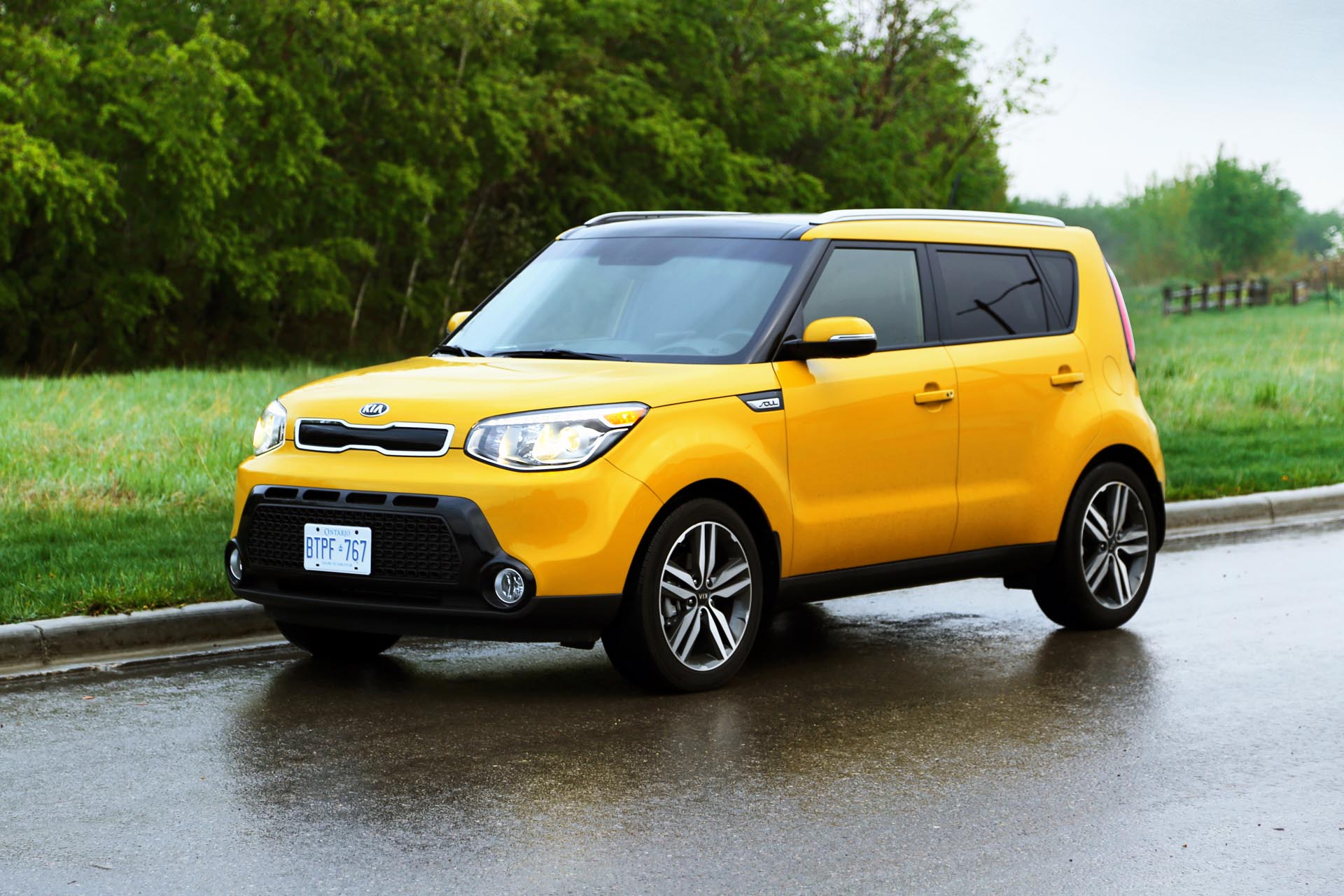 Yes, the Kia Soul is attention-grabbing and maybe you don't want people to watch as you take your fourth attempt to parallel park in that slightly-too-small spot right outside where you need to be. But think of it this way: there's no way drivers changing lanes will miss you in their mirrors or over their shoulders. The boxy design also means that you have an unobstructed view in all directions from the driver's seat, even with the chunky rear pillars. While you'd never call the driving experience "spirited", the transmission is smooth and there's enough power on tap to qualify the overall performance as "peppy".

If you're looking for a confident and sporty ride in your crossover, look no further than the Subaru XV Crosstrek. The superb AWD system and responsive throttle make for snappy take-offs and tight corners. In fact, it's almost too sporty – its gas pedal may be too sensitive for those who are not used to it. 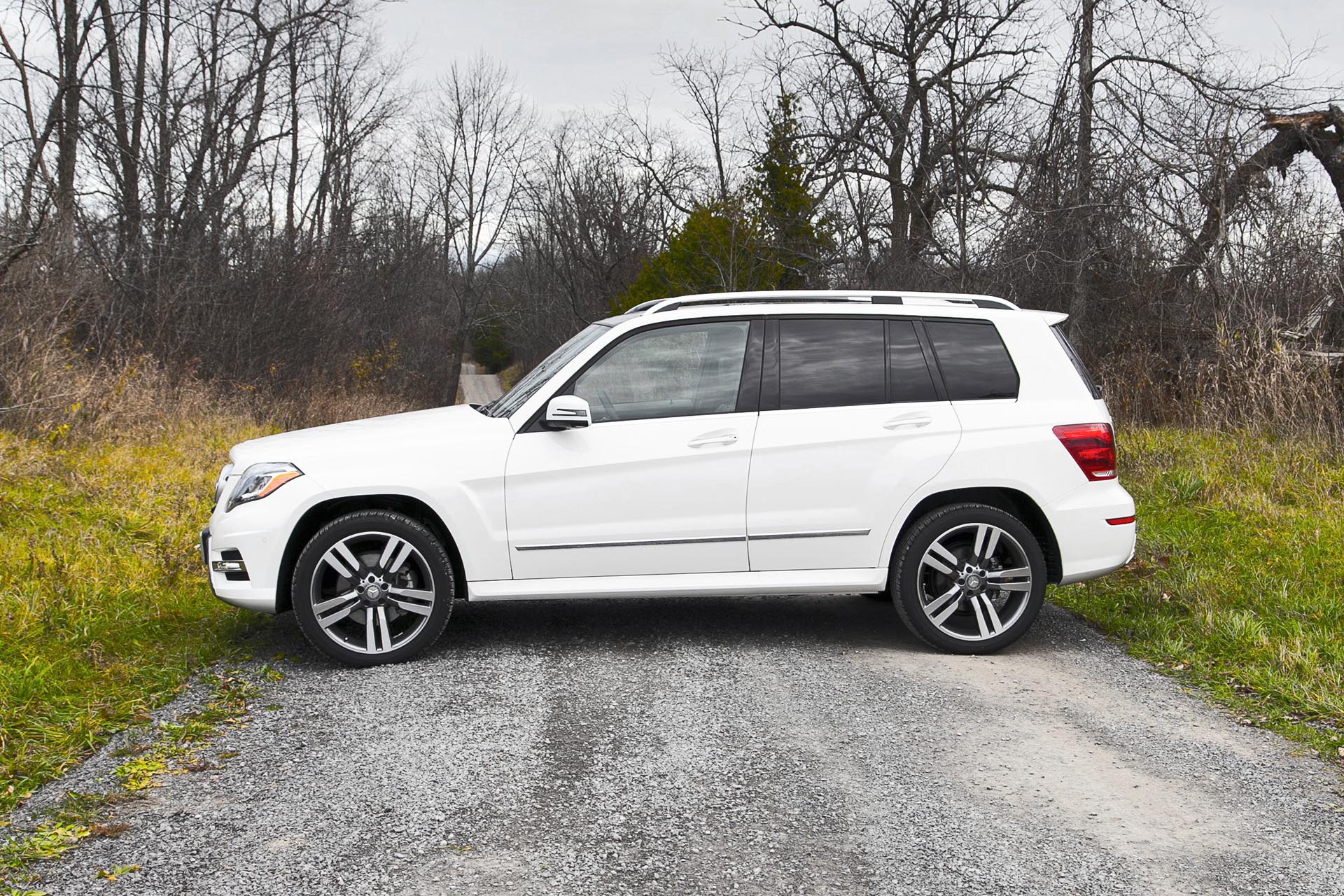 And now for something completely different: a luxury ute. The Mercedes-Benz GLK-Class has a much more commanding presence than the other vehicles on this list, but shares many of the same traits that recommend the others: clear sightlines, composed ride, good feedback. That last quality is an aberration in the luxury segment – most other vehicles at this price point simply glide over surface imperfections – but is a positive for drivers who don't want a vague and floaty road-feel. Though drivers have to complete their road test without the use of electronic aids, in day-to-day driving, its 360-degree parking camera system is simply genius, giving a complete picture of the vehicle's surroundings compared with conventional single-camera systems.

Many people who shop the crossover/SUV segment are sold on safety and driving confidence. For these folks, there is one clear choice: the Subaru Forester with EyeSight, which is an IIHS Top Safety Pick+ with the best possible front crash prevention score and a Good rating on the very demanding Small Overlap Front crash test. Ironically, the only thing holding it back is its incredibly twitchy throttle. 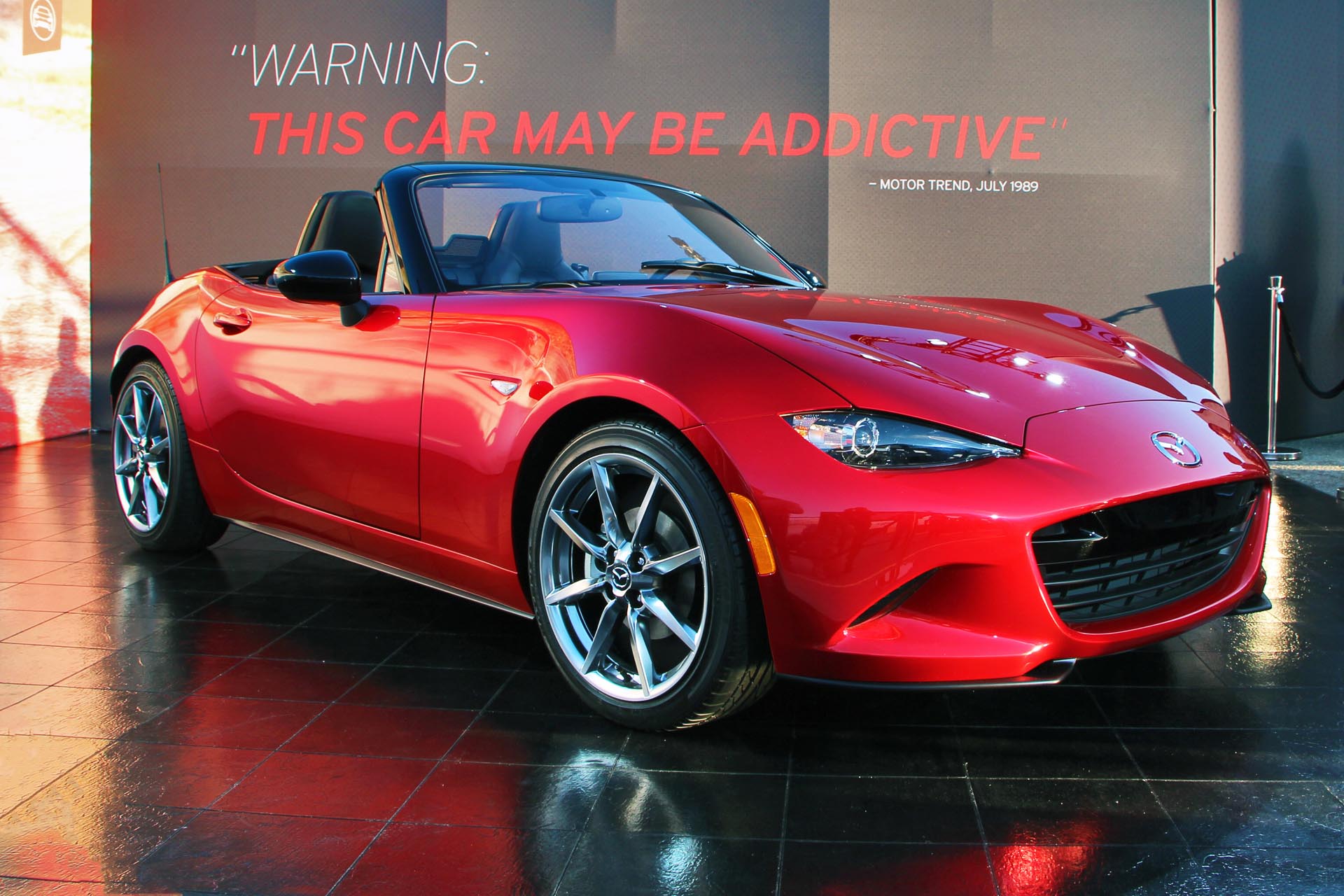 Ignore the haters. Talk to anyone who's actually driven a Mazda MX-5 (also known as the Miata) and they'll sing its praises. It's nimble, responsive, communicative – in short, the perfect driver's car. Need more rear visibility? Put the roof down. Of course, it's a two-seat convertible in a crossover/SUV world so highway driving can be a bit intimidating if you find yourself trapped between a tractor-trailer and a Cadillac Escalade.

Don't see your ride on this list? Don't worry – automotive journalists have taken to saying that there are no "bad" cars these days, and it's absolutely true. Be it the matriarchal Toyota Sienna or a last-generation Ford Focus (which have great rear visibility, by the way), any modern vehicle can be driven with confidence – barring any outstanding repairs or recalls, of course. Disagree with our choices? Sound off in the comments!