While the market is now mostly driven by crossovers and SUVs, aspirational sports cars will continue to be, as they always have been, icing on the automotive cake. Granted, the sum total of our six finalists for Performance Car Over $50,000 sold in Canada this year will probably not match the number of Toyota RAV4s that leave the Woodstock, Ont., plant on a daily basis, but that doesn’t negate the fact that most folks love to look at these racy specimens and dream of driving one someday. Those in the market need to know which country to turn to for their driving pleasure, and our jury of over 20 experts from all over this country has looked at every single performance car in this space and voted to narrow the field to England, United States, Germany, and Japan (via Germany). With the arrival of the brand-new 992-generation Porsche 911 and the mid-engine Chevrolet Corvette, it’s a very good time to be shopping this segment. Winners will be announced beginning in February 2021.

Here are the six finalists. Has any vehicle ever been more hotly anticipated than this Corvette that finally, after more than few fits and false starts over the years, gets mid-engine architecture? It’s a seismic shift that surely rattles the purists, but as the Corvette engineers explain, they’d taken the front-engine, rear-drive car’s performance as far as they could and needed to change the formula. Now the rakish ’Vette, with a standard 495-hp 6.2L naturally aspirated V8 parked behind the seats, can run with the Lambo, Ferrari, McLaren, and Acura NSX crowd – at a fraction of the price. Perhaps more astonishing than the Corvette’s newfound speed, dynamic prowess, quality interior, and exotic looks is its forehead-slapping bargain-basement pricing. The coupe starts at $67,898 and the convertible at $76,898. All are rear-wheel-drive and run with an eight-speed dual-clutch gearbox. One of the toughest automotive tasks falls on Porsche each time it has to launch the “next” generation of its iconic 911 sportscar. So much history to honour, so many purists to appease, so many safety and emissions targets to meet, and above all, so much pressure to make the 911 driving experience even better than it already is. Enter the 2020 Porsche 911 (992 generation) that manages to tick all those boxes. With a starting price of $113,000, the base Carrera Coupe is all the 911 anyone needs. Now with standard widebody and a 3.0L twin-turbo flat-six that generates 379 horsepower and 331 lb-ft of torque, this slightly larger 992 drives as good as it looks, showing even sharper handling, further refinement, and a modern interior. There’s an available seven-speed manual for those who seek a more tactile connection, and, of course, Porsche offers further 911 versions with AWD, targa, and convertible tops, more power and yes, obscenely more power (Turbo S). But the base car is so immensely satisfying, so complete in its 911-ness, buyers need not want for more. Plus, it is the only car in this contest with back seats – sort of. This mid-engine duo has been touted as the most intuitive, best handling sports cars from Porsche since their inception, although some fans have not warmed to the turbocharged flat-four engines introduced with the 718 generation. After much whining, Porsche listened and now provides a 394-hp 4.0L naturally aspirated flat-six in the Boxster and Cayman GTS 4.0, and a 414-hp version in the more exclusive and racy Boxster Spyder and Cayman GT4. Are these the best two-seat sportscars money can buy? Arguably. This is not to discount the base 300-hp four-cylinder turbo cars that start at $66,400 for the 718 Cayman and $68,800 for the droptop 718 Boxster, both of which exhibit sublime handling, lots of mid-range turbo grunt, and supreme build quality. Drive any Boxster or Cayman and it will reset your sportscar benchmark. With an entry price of $56,390 for the 255-hp four-cylinder GR Supra 2.0, this swoopy two-seat Toyota coupe is the least expensive sports car on our list of finalists. However, you have to step up to the $67,690 GR Supra 3.0 for the real action. Toyota jumped in bed with BMW to resurrect its legendary Supra, and while Toyota fans might bemoan that fact, there’s no arguing that Toyota has fashioned a mighty impressive sports car out of what is essentially a BMW Z4 under this radical bodywork. Key is the fabulous and silken BMW 3.0L turbocharged straight-six that gets boosted to 382 horsepower (up from last year’s 335). This car is a hoot to drive, and Toyota has put its own stamp on this chassis with suspension tuning that adds real edge and precision. No manual transmission is available, but we have no complaints with the excellent ZF eight-speed automatic. Unlike its European counterparts, the Supra won’t kill you with options – the GR 3.0 base price includes 19-inch alloys, head-up display, navigation, leather, Brembo brakes, all the expected safety systems and 12-speaker JBL audio. This long-nose fastback missile from AMG is a book you can judge by its cover. Yes, it’s brutally fast, yes, it’s a bit unhinged, and yes, it will cost you a lot money. It drives like it looks, with plenty of noise and drama. The Mercedes-AMG GT a highly sophisticated muscle car with an addictive personality, largely due to that masterpiece of a handcrafted biturbo 4.0L V8 that sits well back of the front axle. Power goes to the rear wheels through a seven-speed dual-clutch rear transaxle. Pricing starts at $170,400 for the 550-hp, 502 lb-ft GT C Coupe. Stepping up to the $190,400 GT R coupe nets 577 hp, 516 lb-ft, and more performance enhancing hardware. The Coupe’s cabin is tight and a bit claustrophobic, but that is remedied with the $185,400 GT C Roadster.

Refreshed for 2021, the two-seat Jaguar F-Type manages to look even sexier, now blessed with slim LED headlights that allow for a more raked snout and larger grille. Out back, we see a tweaked rear bumper and taillights. Available in both coupe and convertible body styles, the F-Type entry point is the $73,000 P300 Coupe that has a 296-hp turbocharged 2.0L four-cylinder driving the rear wheels. The $95,500 P380 gets all-wheel drive and a 380-hp supercharged V6. Move up to the fire-breathing AWD $119,000 F-Type R 5.0L and its supercharged 5.0L V8 that spits out 575 horsepower and 516 lb-ft of torque, putting it right up against the AMG GT R. All engines are mated to a ZF eight-speed automatic, and with this 2021 refresh comes extensively re-engineered suspension and steering, bestowing sharper moves. All versions have their strong suits, with the P300 being the purest “sports car” with its light front end and sweet rear-drive dynamics. The R is a thrilling, fast, and vocal brute that is tamed somewhat with its standard AWD. We’d love the 2021 Jaguar F-Type just for its beauty, but it offers so much more than that. 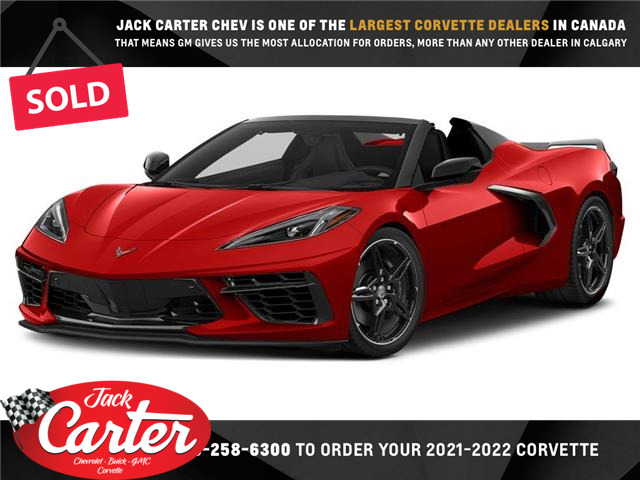