Touchscreen infotainment and voice recognition. Lane-keep assist and adaptive cruise control. Even self-parking systems and tailgates that can be opened with the kick of a foot beneath the bumper. While some of it’s more complex than others, they all share one common trait: convenience.

But sometimes it’s the simple stuff that matters most, and nowhere does it matter more than in a family hauler like the 2021 Ford Explorer. Sure, it can be loaded with every one of those latest technologies, but after a week behind the wheel it was some of the basics that stood out the most.

Here are, in no particular order, autoTRADER.ca’s five favourite thoughtful features found in this segment stalwart that helped kickstart the SUV craze as we know it. This might well be one of the most underrated convenience features of all time. While it’s evolved from the ugly plastic keypad of old, the lighted touch sensors on the driver’s door pillar allow the Explorer to be unlocked using a programmable PIN.

Think of it as the waterpark wonder: rather than search for some place dry to stash your key fob for the day, simply leave it in the vehicle (along with the rest of your personal items) and off you go. Ingenious.

The keyless entry pad is standard on the Explorer, so no need to pay a premium for the user-friendly feature. In fact, it’s offered on just about every vehicle Ford sells in Canada. Most astonishing, though, is that Ford – and its luxury sub-brand Lincoln, of course – remains the only automaker to offer the feature after some 40 years on the market. Every version of the Explorer comes with roof rails, though they aren’t much help if you need a stepladder every time you want to strap cargo to the top of this sport utility. That’s where the wide perches inside each rear door come in handy, providing the perfect place to stand while you strap down your bike or stuff your cargo box for a weekend away.

Ford isn’t alone in offering this basic but thoughtful feature – unsurprisingly, Subaru uses it, too – though that doesn’t make it any less useful when it’s time to toss your gear up top for the trip to the cottage.

It’s easy to overlook the importance of accessibility until the first time you have to lean inside to help a little one with a stuck buckle. And while the Explorer is no minivan, which remains the undisputed champion of ingress and egress, this SUV is about as good as it gets in the segment.

All four door openings are nice and wide, while the doors themselves swing almost a full 90 degrees. They also extend all the way to the bottoms of the rocker panels, which prevents road grime from finding its way onto pant legs each time you climb in and out – an especially nifty trick in wintertime. If that wasn’t enough, the back doors have cupholders integrated into the switch panels, while built-in sunshades come in all but the base trim. As our devices continue to dominate all facets of our daily lives – yes, that includes when we’re driving – it seems like simple storage solutions continue to elude most automakers. No, we shouldn’t be handling them while behind the wheel; but with smartphone interfaces Apple CarPlay and Android Auto increasingly common, and usually requiring hard connections, a proper stash spot is more important than ever.

Rather than rely on the console cupholders, rendering them useless for holding, you know, cups, the Explorer has a slot just in front of them designed specifically for smartphones. Better still, the console bin where the USB connections are located features a notch that allows a wire to be run with the lid closed. It doesn’t get much better than that. Yes, you read that right. Sure, adaptive cruise control is becoming increasingly commonplace – and increasingly complex – these days, but the reality is that not everyone is comfortable using it. That’s especially true with systems like the one available in the 2021 Explorer, which adds steering assistance to the equation.

If you count yourself among those who still like to use conventional cruise instead, Ford has made it about as easy as possible to opt for the simplified version. Virtually standard in every Explorer sold – it’s a $1,000 upgrade for the base trim but comes equipped with the rest – drivers can choose between basic, adaptive, or advanced cruise control through a couple quick taps of the touchscreen. Better still, those that choose the advanced version aren’t beholden to it, and the steering assist can also be toggled on and off via a button on the steering wheel.

Ford all but wrote the book on this class of SUVs, with the Explorer blazing a trail for the segment that dates back some 30 years. The sixth-generation is more advanced than any of the ones that came before it, but it deserves some credit for not skipping in the basics, either. 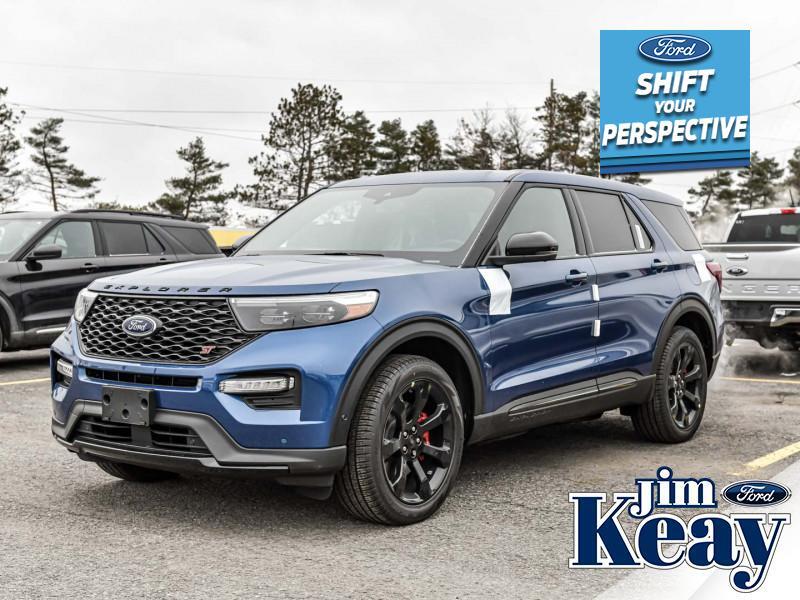